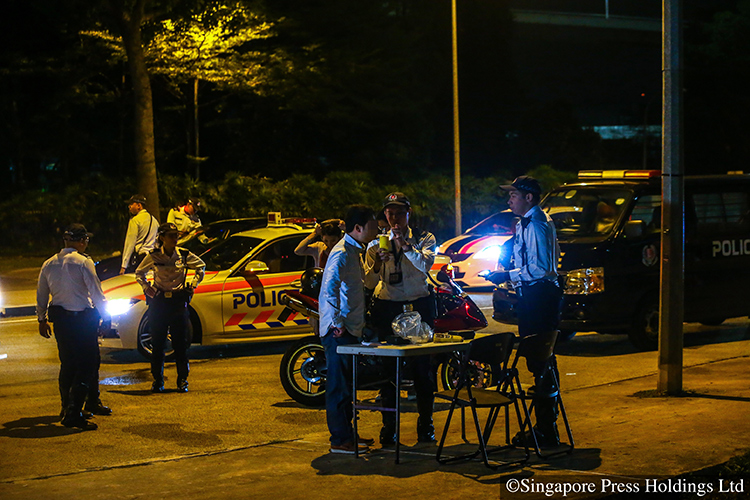 Drink driving offenders and those who drive under the influence of drugs could face a lifetime ban from driving, and double the current jail time, under proposed changes to the Road Traffic Act.

Stiffer penalties have also been proposed for dangerous and careless driving offences.

These include minimum mandatory sentences for dangerous driving causing death and grievous hurt, as well as additional penalties for offenders who did so while under the influence of alcohol and drugs.

Under the Road Traffic (Amendment) Bill, road users caught drink driving or driving under the influence of drugs will face double the penalties that are currently stipulated in law.

Currently, those convicted can face up to six months in jail or be fined between $1000 and $5000 for the first offence.

They will also face disqualification from driving for at least a year.

In the amendments proposed in Parliament yesterday, first-time offenders will face up to a year in jail, or be fined $2000 to $10,000, and be disqualified from driving for at least two years. 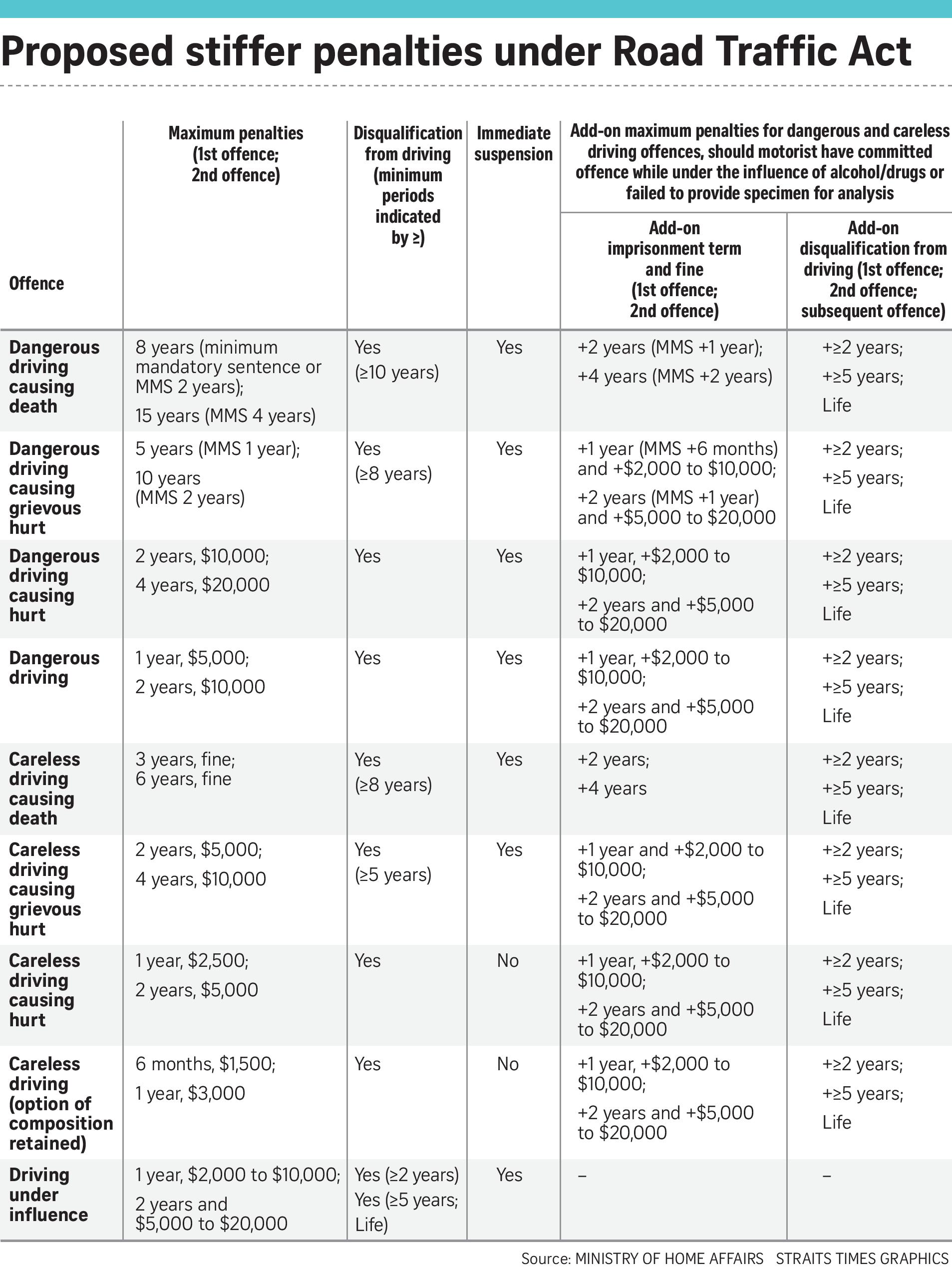 Their licences will also be immediately suspended, to prevent them from driving irresponsibly until the courts have decided on their cases.

For the second offence, they will face up to two years in jail and be fined between $5000 and $20,000, as well as face a ban from driving for at least five years.

For subsequent offences, they will be banned from driving for life – the first time that such a ban would be specified for offences under the Road Traffic Act.

Proposed changes in the Bill, first revealed in February at the launch of a road safety campaign, also include minimum mandatory sentences for the most egregious irresponsible driving offences.

These include offences in which the motorist drives dangerously or while drink driving, resulting in death or grievous hurt.

If offenders were drink driving or under the influence of drugs, they will face add-on penalties of one to two more years in jail, and at least two more years of disqualification from driving for the first offence.

To make such measures more effective, the Bill also proposes to increase the penalties for driving without a licence, under disqualification and under suspension.

It also introduces two new classes of irresponsible driving offences – dangerous driving and careless driving – which will correspond broadly to rash-act and negligent-act offences in the Penal Code.

Offences under these two new classes will be further categorised into four tiers depending on the levels of harm caused, such as death, grievous hurt, hurt and where no hurt was caused.

Motorists can only appeal their traffic offences online