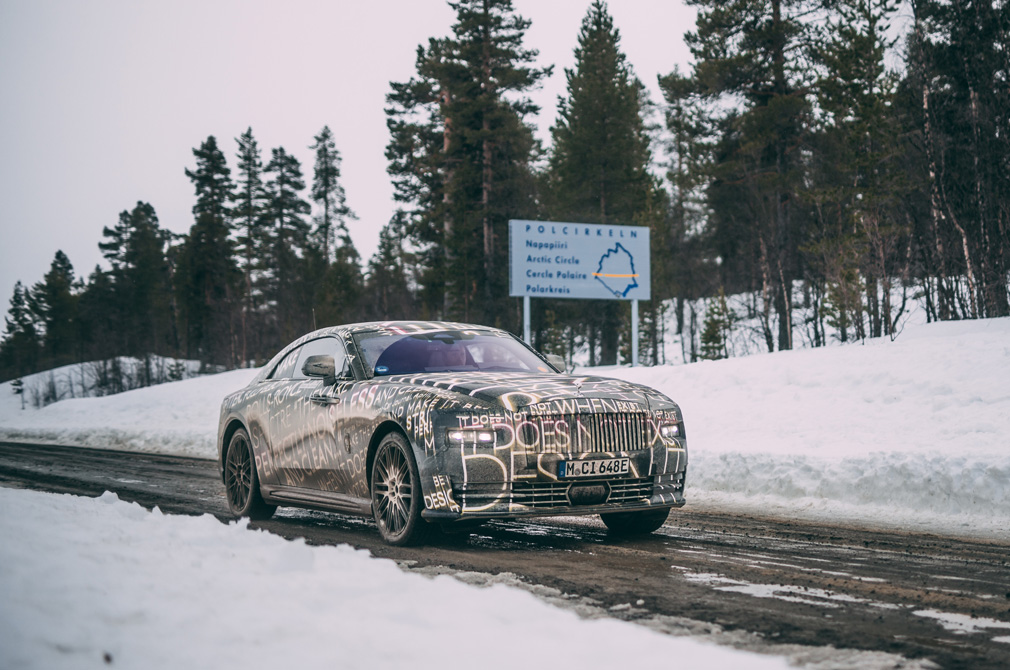 A spectre is haunting Europe – the Rolls-Royce Spectre that is.

The marque has just revealed new information of its upcoming all-electric model as it makes its way through the frozen lands of Arjeplog, Sweden.

Incredibly, this testing regime will cover a total 2.5 million kilometres, simulating 400 years of use. 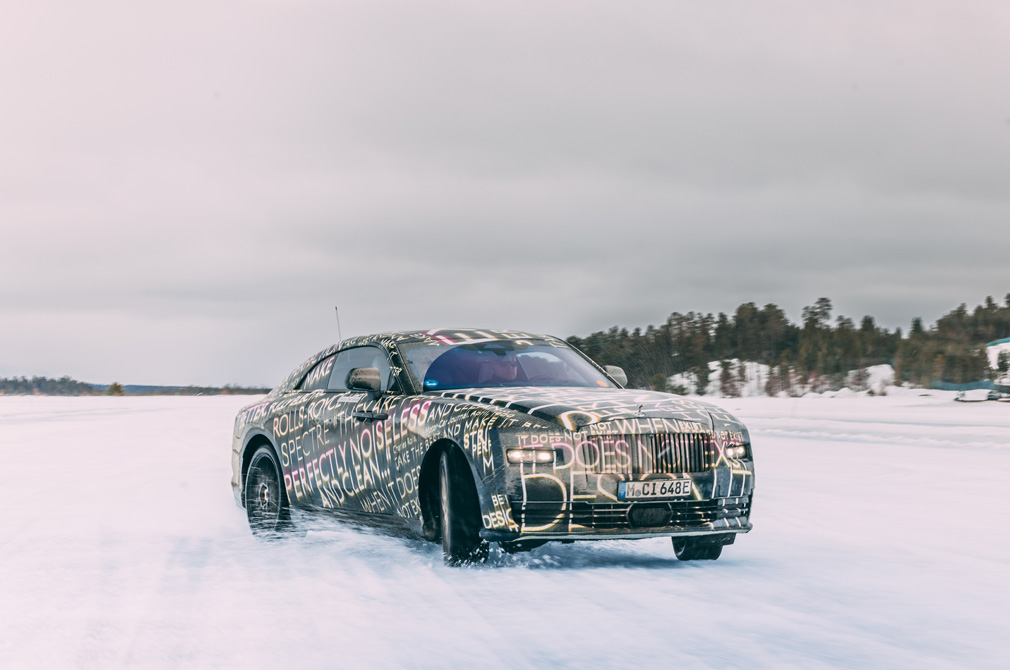 The cold weather tests on low-traction surfaces such as snow and ice, coupled with a wilful destabilising of the Spectre, allows the firm’s engineers to create dynamic circumstances at low speeds that would ordinarily occur at high speeds.

This process is then reviewed and guided in situ and in slow motion, so as to finesse the vehicle’s performance in areas such as handling, controllability, stability, predictability.

The engineers, of course, are also taking the opportunity here to fine-tune the “waftability” that defines the Rolls-Royce experience.

For those lucky enough to be in the market for a Spectre, you’ll want to note that the marque has confirmed that the model will take a coupe body, serving as a spiritual successor to the Phantom Coupe. 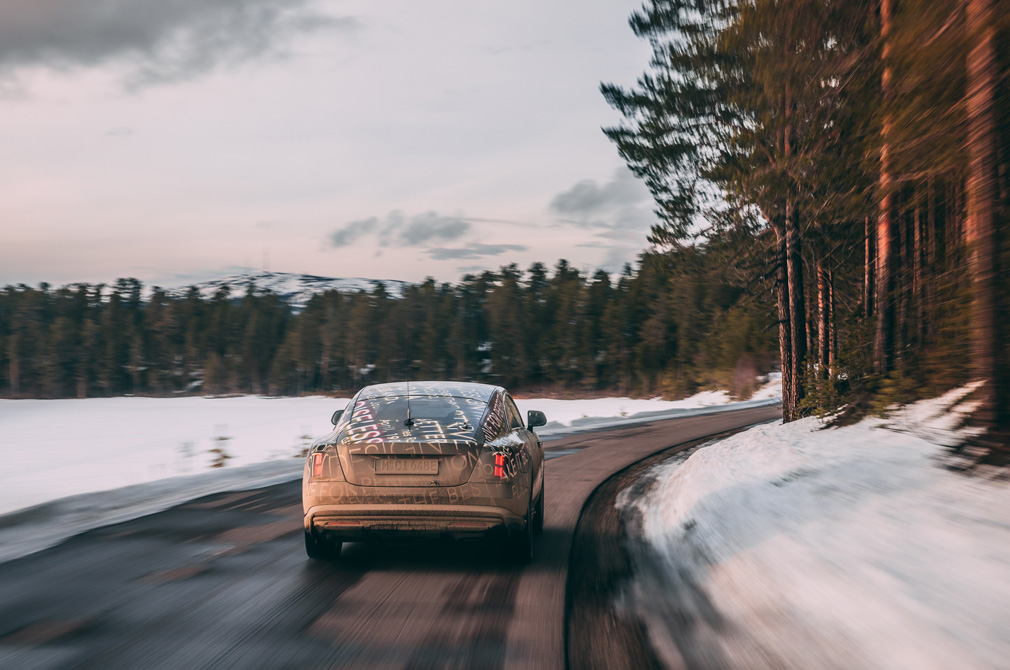 It will also sit atop a Rolls-Royce-exclusive all-aluminium spaceframe architecture, and will get dimensions and a silhouette similar to that of the Phantom Coupe.

Split headlights, a design feature that Rolls-Royce has owned for many decades, have also been confirmed for the Spectre.

A dramatic windscreen rake, coupled with an efficient airflow profile, and the newly designed Spirit of Ecstasy, all aid the Spectre in achieving its aerodynamic 0.26Cd drag coefficient.

First customer deliveries of the Rolls-Royce Spectre are scheduled to begin in the fourth quarter of 2023. The Spectre is also the first Rolls-Royce coupe to wear 23-inch wheels since 1926.