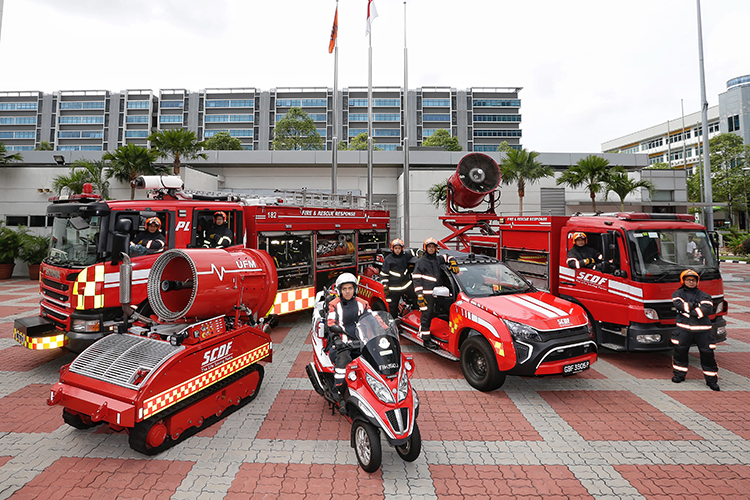 Emergency vehicles from the SCDF (from left): A fire engine, an unmanned fire-fighting machine, a fire bike, a fifth-generation Red Rhino and a ventilation vehicle on display at the SCDF headquarters in Ubi.

More emergency vehicles from the Singapore Civil Defence Force (SCDF) will be allowed to drive past red traffic lights and make U-turns at non-designated junctions when responding to emergencies.

For SCDF, only ambulances are currently exempted from laws under the Road Traffic Act

The Road Traffic Act defines an officer’s duty to comply with traffic directions and signs.

This has been the case for SCDF vehicles since 2017.

But from June 1, fire engines, Red Rhinos and fire-medical vehicles will also be exempted.

What SCDF drivers must do:

Officers operating these emergency vehicles must comply with SCDF procedures to ensure the safety of road users and personnel.

For instance, an SCDF driver who intends to proceed past a red light or make a U-turn at a non-designated junction must sound the siren and activate the blinker lights to alert road users.

When approaching a traffic junction, drivers must slow down and come to a complete stop so that they can assess the traffic situation before proceeding further.

Other road users must continue to play their part by exercising civic responsibility and give way to emergency vehicles.

Said SCDF: “In a medical emergency, every minute saved can improve health outcomes for the patient.”

With the changes, SCDF no longer sends non-emergency cases to the hospitals, to free up resources for life-threatening cases.

What other road users must do:

SCDF says when road users hear or see approaching SCDF emergency vehicles, they should slow down and give way.

If it is unsafe to move to the left, drivers should slow down to let the emergency vehicle overtake them.

At traffic light junctions, drivers should give way to the emergency vehicles even if the lights are in their favour.

Drivers are reminded to not obstruct, outrun or tailgate an emergency vehicle as it can endanger themselves and other road users.

They are also reminded not to break traffic rules to give way to an emergency vehicle.

Ambulance calls will be differentiated 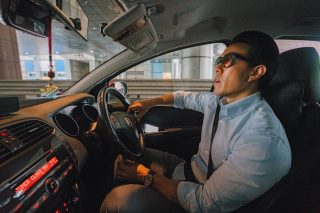 10 tips for young drivers to stay safe on the road

10 tips for young drivers to stay safe on the road