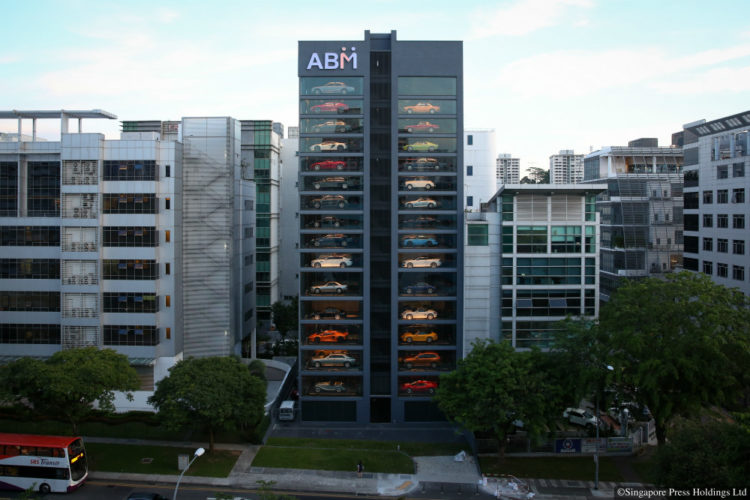 However the building, which began operations in December last year, dispenses real-life luxury vehicles, including Ferraris and Porsches, as well as Minis. It can hold up to 60 cars.

Touted as the world’s largest “vending machine” for cars, the showroom in Jalan Kilang, in Bukit Merah, has drawn much attention online.

A video of the building, posted on ABM’s YouTube channel, has received more than 90,000 views since it was posted last week.

Describing the inspiration for the design, Autobahn’s general manager Gary Hong, 45, said: “Three years ago, I took my son to Toys ‘R’ Us and we saw this display case for Matchbox cars, and I got the idea.” He runs the firm with his three brothers and two of his nephews.

At the time, the family-owned used car dealership was planning to move out of its Bukit Timah Road location, which it had occupied since business began in 1989 and which could hold about 30 cars.

Mr Hong was researching “smart integrated solutions” that would allow the company to showcase its cars, and at the same time deal with the constraints of land-scarce Singapore.

The company worked with a number of partners to customise an “automotive inventory management system”, which was developed at a cost of about $3 million.

Using a touchscreen display located on the ground floor of the building, users are able to select a car which the system then brings to them in about “one or two minutes”.

ABM – which now touts itself as an “automative inventory management consultancy” as well as a car dealership – said the unique showroom has drawn attention from building developers and architects.

“They are coming here to experience and witness the technology available for them to incorporate into their buildings for space management and parking solutions,” Mr Hong said.

Sales have gone up about 30 percent since ABM moved to its current location, he added, saying that people sometimes turn up just to take photos of the building. 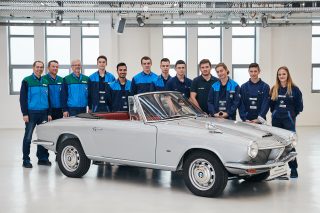 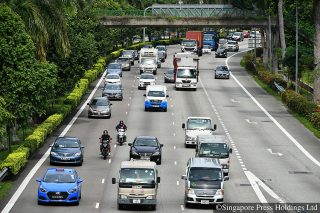