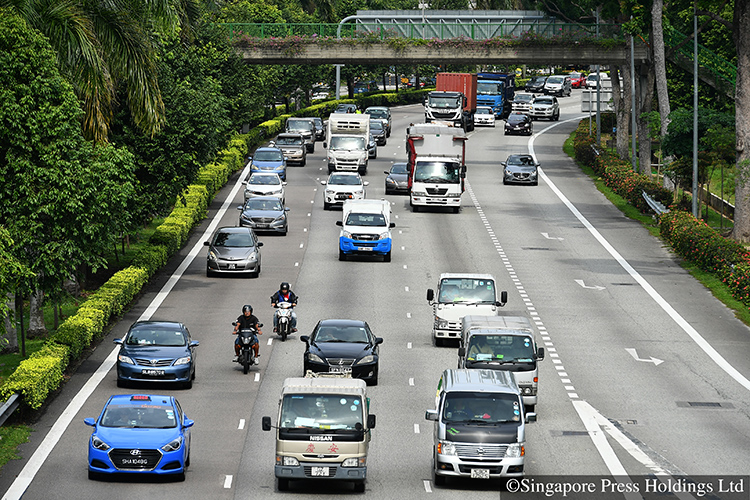 Vehicles on the AYE near Clementi Sports Hall on 8 December 2016.

Cat A prices, along with other certificate of entitlement (COE) premiums ended mostly lower in the latest tender yesterday (Dec 5) as demand for new cars remained lukewarm in the face of weak consumer sentiment.

The price for the Open COE, which can be used for any vehicle type except motorcycles, but which ends up mostly for bigger cars, also closed 0.3 percent lower at $30,851.

The motorcycle premium bucked the trend to end 13.7 percent higher at $3399 as sliding prices brought new buyers in from the sidelines.

But car dealers said soft premiums had less of an impact on their customers.

Mr Ron Lim, head of sales and marketing at Nissan agent Tan Chong Motor, said: “The market has been very weak. I think buyers are apprehensive of the uncertain economic outlook for 2019.”

He said Category A buyers (cars up to 1600cc) are “more sensitive to this kind of sentiment”. Category B (cars above 1600cc) is not much better, but has been held up by demand for cars on the back of Indonesian ride-hailing firm Gojek’s arrival.

The Straits Times understands that although Gojek does not subscribe to an asset-owning strategy (unlike Uber, which has since exited the market), its dealer partners have had to buy a sizeable fleet of hybrid cars.

Hybrid cars, which are typically Category B models, are favoured by drivers because of their superior fuel efficiency.

Mr Lim noted that the market now is “very buyer-driven”.

“If buyers still do not find the current prices attractive, premiums will fall further,” he added.