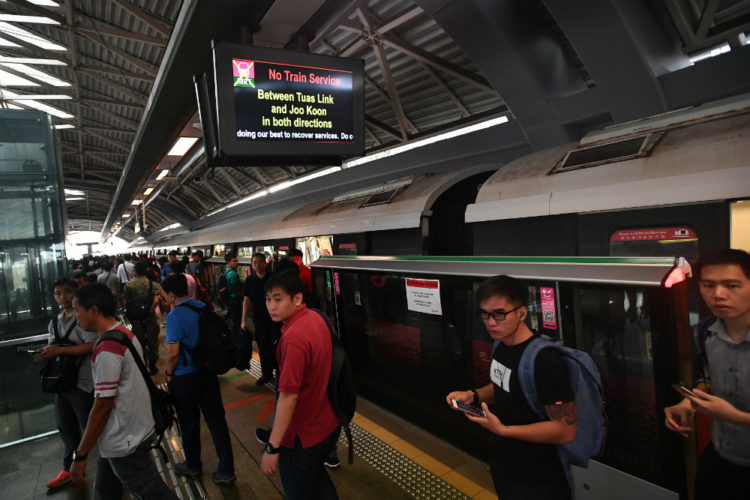 The simulation facility will strengthen testing processes for both the EWL and North-South Line.

A simulation facility will be built for the East-West Line’s (EWL) new signalling system to undergo extra tests before it is rolled out, in a move to beef up safety and not disrupt train services.

The facility will be set up by French firm Thales, which aims to deliver the new signalling system for the EWL by next June.

It is the first of its kind testing facility outside Toronto and Paris, where the firm is based.

The location of the facility – which is being established following a collision on the EWL last month – will be decided in due course, the Land Transport Authority (LTA) said yesterday, when it released its findings on the Nov 15 accident.

The collision, the first of its kind for Thales, was caused by compatibility issues between the new system to be installed, and an older system now running on the EWL.

The LTA said the findings of its investigation were consistent with what it discovered in its initial inquiry: that there was a software logic issue with the new communications-based train control (CBTC) system “which was not configured to cater for the failure conditions that occurred on Nov 15”.

LTA said its findings were corroborated by a report submitted by Thales, which has taken full responsibility for the accident.

Further tests and analysis were also conducted by LTA, Thales and operator SMRT. The collision, on the westbound tracks at Joo Koon MRT station, left 36 commuters and 2 SMRT staff injured.

LTA said Thales’ simulation facility will strengthen testing processes for both the EWL and North-South Line, which is already running on the CBTC system. The facility will also allow additional tests “tailored to the environmental and infrastructural conditions of the rail network in Singapore” to be performed.

LTA added that “the facility will also enhance our ability to test solutions for CBTC issues in a controlled setting without affecting train services”.

The facility will be established in two phases: the first will be done by the first half of next year, before the CBTC is fully launched on the EWL.

The second, to be ready by the end of next year, will further strengthen the centre’s testing capabilities.

In its report, the LTA said a slew of remedial actions have been taken following the accident. These include separating the sections of the EWL that run on the CBTC and the old fixed-block system since Nov 20, as a precautionary measure until June.

At the time of the accident, trains had to switch from the new system at Tuas West Extension to the old system on the rest of the EWL.

LTA said Thales is fixing the software logic of the CBTC system and has completed modification works for a circuit at a track point, which was incompatible with the CBTC.

These glitches had led to the Nov 15 accident.

Assistant Professor Andrew Ng, from the Singapore Institute of Technology’s engineering cluster, said the simulation facility will improve the robustness of the new CBTC system. “It will allow any unforeseen events to be predicted, and measures to be implemented before problems happen,” he added.

He said various scenarios can be tested, like the re-scheduling of trains’ timetables due to a delay. “This will optimise the movements and launching of trains,” he added.

While the simulations can be done overseas, he said there is value in having the facility here, as the expertise of local rail engineers can be built up.