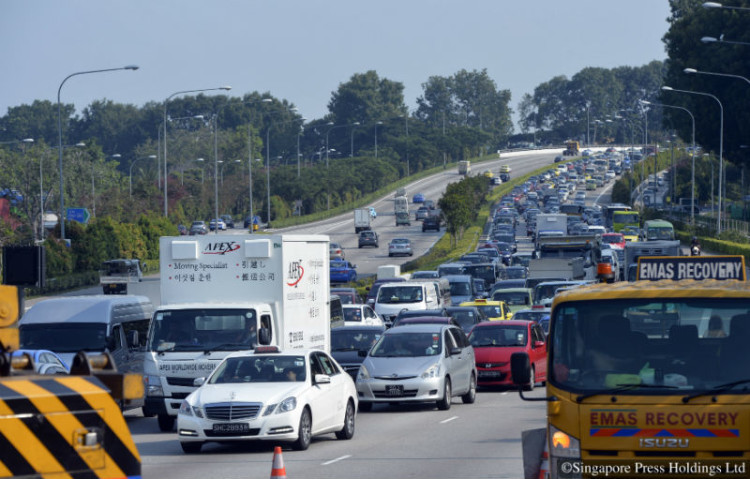 An improved public transport system and the use of other modes of transport, such as bicycles, have helped to keep congestion on the roads here manageable, said a transport consultant.

Singapore fell seven places in a global ranking this year – but it is all for the better.

It was ranked 45th in a global index of 174 cities which measures the severity of traffic congestion on roads during peak hours. Topping the list for having the worst jams is Mexico City, then Bangkok, Istanbul, Rio de Janeiro and Moscow.

It calculates congestion based on how much longer drivers spend on their commute when faced with congestion.

Drivers here on average spent about 31 per cent more time last year on the road during peak hours compared with non-peak hours.

Traffic here ranked better than in places like New York, London and Shanghai, as well as Chinese cities Chengdu, Tianjin and Beijing.

A total of 245 cities were surveyed, but only those with a population larger than 800,000 were ranked.

Many Asian cities, including Seoul, Tokyo and Jakarta, were not included due to a lack of data.

“ERP (Electronic Road Pricing) helps to keep traffic speeds reasonable in the city area, and there may also be the factor of staggered working hours that helps to regulate the evening rush,” he added.

Auditor Wong Swee Leung, 52, who spends three to four hours a day driving to and from work, said he has shaved 30 minutes off his driving time since last year.

“I spend less time stuck in jams now because they have completed improvement works, like more flyovers, that eased the traffic on my usual route,” said Mr Wong.

Singapore is the only Asian city on the list, apart from Taipei – which saw a 1 per cent dip – with a fall in congestion rates in 2015.