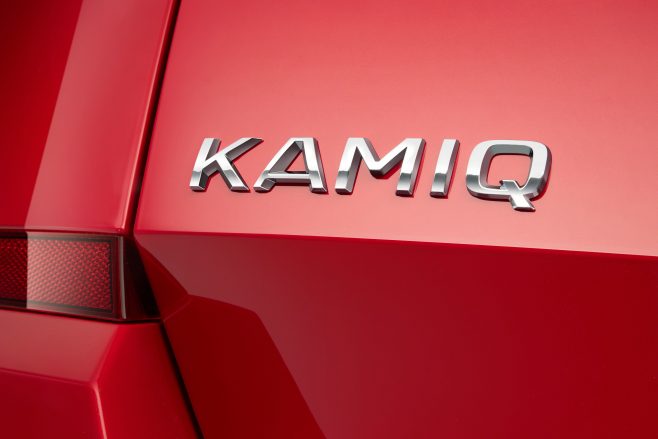 You might know it as the Skoda Vision X, showcased earlier in 2018.

Just last week, Skoda had teased a third crossover model ahead of its world premiere at the Geneva Motor Show in March.

The Skoda Kamiq carries on the Czech automaker’s tradition of naming its SUVs with a K and Q at either end.

Positioned below the Kodiaq and Karoq, the Kamiq is a “compact and lifestyle-oriented” model for the European market.

If the name rings a faint bell, you’re not hearing things.

The Kamiq is a name which Skoda has already been using on a China-only crossover since 2018.

For the European Kamiq, Skoda says it handles like a compact car but retains an SUV’s higher seating position, better visibility and higher ground clearance.

According to images release earlier, the European version has a two-tier headlight design similar to that on the Citroen C3 Aircross and Hyundai Kona, with the slim daytime running lights (DRLs) found above the main bulbs.

The Kamiq appears to have a small lightstrip in a new photo (pictured above), a design element not seen on other Skoda SUVs.

According to Skoda, the Kamiq retains features reflective of Skoda’s “Simply Clever” tagline.

The Kamiq will see its world premiere at the Geneva Motor Show between March 5 and 17, 2019.