Could this SUV be the production version of the Skoda Vision X? | Torque
Loading posts...
0 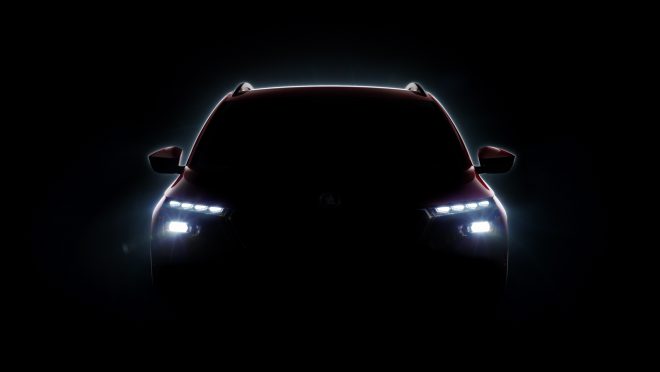 Skoda has the Karoq and the Kodiaq in its current lineup of SUVs.

Now, make way for one more.

What could it be?

Skoda has teased a third crossover model ahead of its world premiere at the Geneva Motor Show in March.

The automaker has released a single image of the silhouette of what looks to be a red SUV with its front lights on.

The two-tier position of the headlights look similar to those found on the Citroen C3 Aircross and Hyundai Kona, with the slim daytime running lights (DRLs) found above the main bulbs. 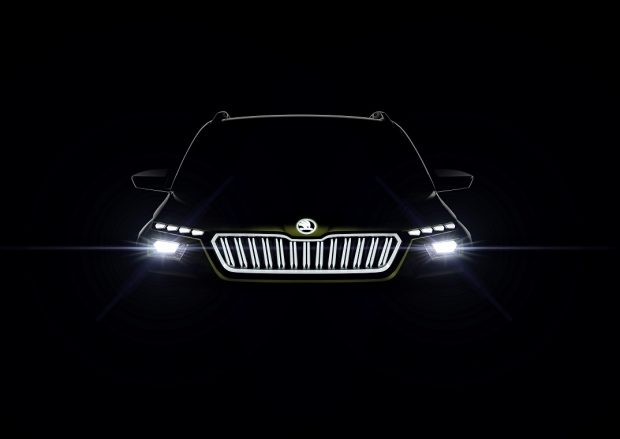 Featuring sculpted surfaces and a lime-green “FlexGreen” paintjob, the Vision X concept is aimed at a younger, more style-conscious audience.

The Skoda Vision X is smaller than the Karoq, and could possibly feature an electrified powertrain as it’s based on the Volkswagen Group MQB platform. 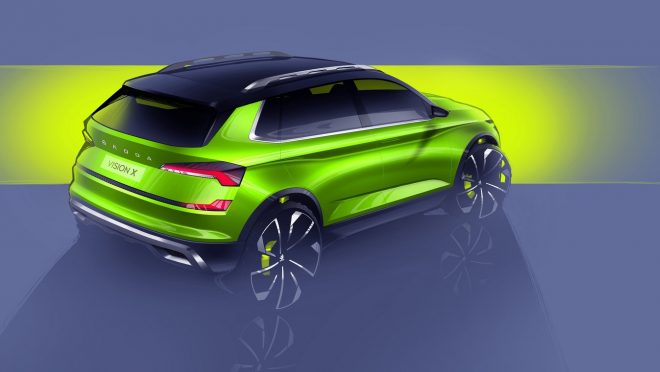 What could the Vision X be running?

For the moment, the concept runs a 1.5-litre TSI G-TEC four-cylinder turbocharged engine, with power going through an all-wheel drive system with electric rear axle.

The Vision X’s four-wheel drive system consists of the combustion engine equipped with one of the two onboard electric motors – a belt-driven starter-generator (BSG) and the second electric motor on the rear axle, powered by a 48-volt lithium-ion battery system.

The concept car is an “urban crossover” and an “ideal car for the city and beyond”, Skoda’s website says. 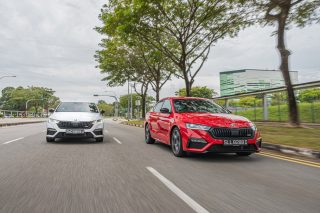