A total of 13 employees – several holding senior managerial posts – have been held responsible, the company said on Monday (Nov 27).

Of these, eight have been dismissed, two resigned while three others were subject to undisclosed discplinary actions.

The two men who quit had done so soon after the flooding of train tunnels which crippled a large section of the North-South Line on Oct 7 and 8. The incident affected more than a quarter of a million commuters.

Investigations had found that vice-president Tay Tien Seng and senior manager Ivan Kok had failed to exercise sufficient supervision during the period when the falsification of the pump maintenance records occurred.

“As they are no longer with the company, SMRT reserves its right to pursue legal action against them as may be appropriate,” the company said.

Although investigators have not found out why the pumps and related switches failed – individual components were in proper working order immediately after the incident – they concluded that the crew tasked with maintaining the system had not done so for nearly a year. The system is supposed to be serviced once every quarter.

SMRT added that three other management executives, including a vice-president, were disciplined “according to our internal disciplinary framework for failing to exercise the due care and diligence expected of them in relation to the maintenance of the pumps”.

The Straits Times understands that the vice-president, company veteran Ng Tek Poo, has been demoted. The other two disciplined are believed to be members of senior management.

In response to SMRT’s actions, the National Transport Workers’ Union (NTWU) said yesterday that it “does not condone any action or inaction by workers that could cause harm to fellow workers and commuters or damage the operations of our public transport system”.

Its executive secretary Melvin Yong said: “NTWU will support disciplinary actions executed by SMRT that are fairly and consistently applied to all workers concerned.

“On our part, NTWU is in contact with affected union members. We will assist them to find alternative employment and where necessary, provide financial assistance.” 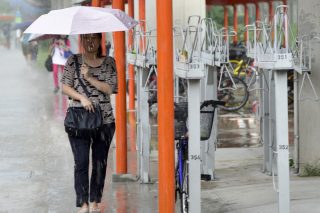