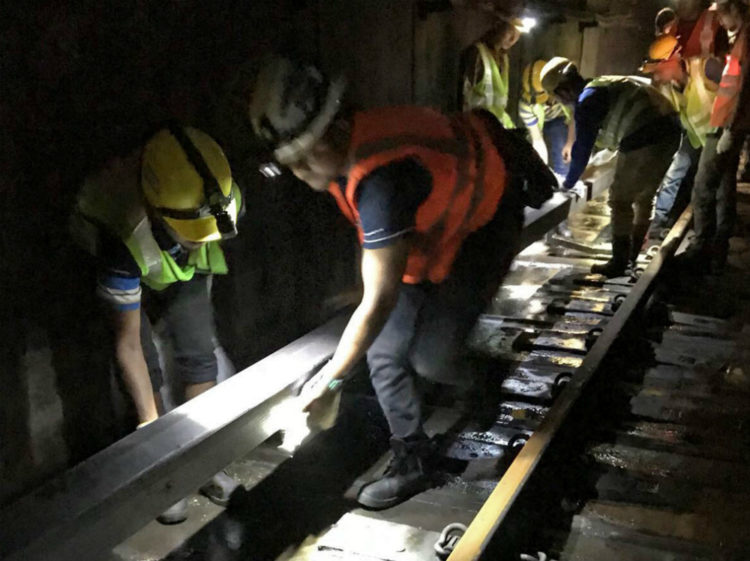 Heavy flooding in MRT tunnels had emergency responders from the Singapore Civil Defence Force working with teams from PUB, SMRT and the Land Transport Authority to pump out water from the affected areas.

Rail operator SMRT has outsourced the maintenance of water pumps to the system manufacturer, following an unprecedented flooding incident last October that disrupted service on the North-South Line for 20 hours.

The move is aimed at improving the standards of maintenance and avoiding a repeat of the flooding incident, reported Lianhe Zaobao on Saturday (Jan 20).

SMRT will also step up recruitment, as well as train more staff to take on the responsibility of monitoring and checking the system, Mr Siu Yow Wee, who was appointed director of building and service in the wake of the flooding incident, said in an interview with Lianhe Zaobao. Mr Siu replaced Mr Ng Tek Poo, who was vice-president of maintenance.

The outsourcing will allow staff to focus on preventive maintenance, and respond more promptly when problems occur.

The manufacturer has been handling corrective repair works for the water pumps, said Mr Siu. Now, with the manufacturer also taking over routine preventive maintenance work, SMRT can benefit from its expertise and experience, said Mr Siu. This will improve overall system reliability, he added.

The manufacturer was not named in the report.

Staff now involved in the preventive maintenance of the water pump system will take on the role of supervising and checking the quality of such works.

In the October flooding incident which affected 250,000 commuters, flood waters were up to 1m deep and spanned 100m of tracks in both directions.

It took an overnight effort involving teams from the Singapore Civil Defence Force, national water agency PUB, the Land Transport Authority (LTA) and SMRT to pump out the water.

In an investigation report released last year, the LTA said the incident was entirely preventable.

It noted that flood-prevention measures were more than adequate and had a huge buffer, but a lack of maintenance, audits and managerial supervision led to the water pit being likely close to full when the downpour happened that day, making flooding inevitable.

SMRT later found that its staff had falsified maintenance records over a seven-month period, signing off on work that was not done.

In the aftermath, the rail operator took disciplinary action against the staff involved, including sacking eight employees and demoting one.