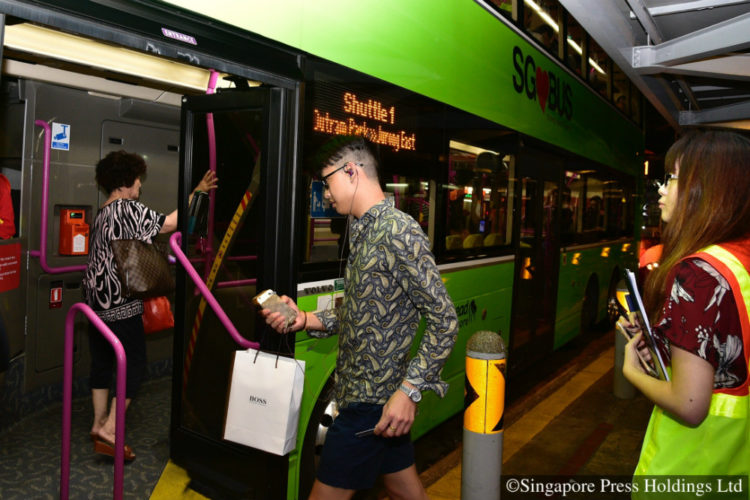 Until Dec 31, 19 stations on two lines – those on the 17-station stretch from Tiong Bahru to Tuas Link on the East-West Line, as well as Bukit Batok and Bukit Gombak stations on the North-South Line – will close at 11pm on Fridays and Saturdays, and open at 8am on Saturdays and Sundays.

These stations will also be closed all day on two Sundays – December 9 and Dec 17.

Train operation hours are usually from 5.30am until midnight.

The shorter operating hours are aimed at allowing for longer engineering hours on the two lines. Last month, Minister for Transport Khaw Boon Wan described limited engineering hours as a “significant obstacle” to the renewal of ageing rail infrastructure here.

To facilitate commuter journeys during these times, shuttle buses, which run along the MRT network, will be available outside the affected stations.

The fares for these buses will be the same as those for the equivalent journey by train.

The shorter service hours are aimed at speeding up maintenance and renewal works on the two oldest MRT lines here.

This is expected to allow the East-West Line to move to the new signalling system by next June, instead of December.

Commuters interviewed by The Straits Times said they were not aware of the early station closures.

“I don’t think many people knew about it,” said fitness trainer John P., 35, who lives in Tiong Bahru and was with his fiancee at the MRT station there. “We found out from Grab actually. They sent out a notification telling us that there may be closures this weekend, and to keep riding with them.”

Administrative executive Linda Ha, 30, who lives in Jurong and was with a friend, missed the last train at about 11pm at Tiong Bahru station and was trying to figure out how to get home.

She was not aware of the early closures.

“I’m very annoyed,” she said. “I now have to plan my daily journey home from work in Pioneer.”