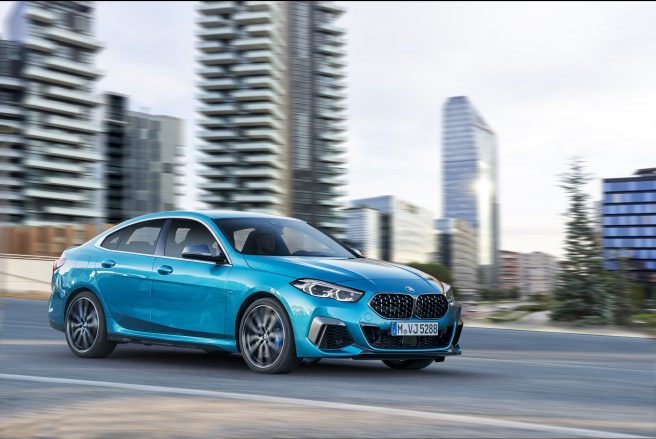 If the new BMW 2 Series Gran Coupe is anything to go by, boxy sedans are out and coupe-fied sedans are in.

The sleek, sedan-slash-coupe arena is where BMW intends to do battle with the Mercedes-Benz CLA-Class.

Let’s see what it brings to the fight.

What is the BMW 2 Series Gran Coupe?

It will debut at the Los Angeles Auto Show in November 2019, with customer deliveries beginning early 2020. 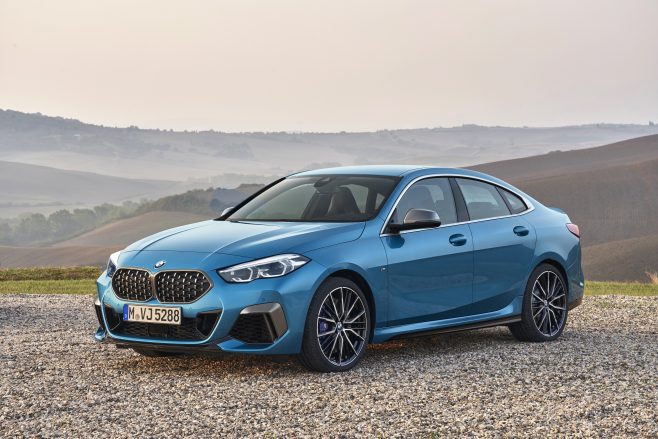 With sleek lines and lots of on-board tech, it’s meant for younger drivers looking for something sporty other than an SUV.

It looks like an 8 Series Gran Coupe that has been shrunk in the wash.

The front follows what we’ve seen on the BMW 1 Series hatchback but with a slightly different headlight and grille design.

It gets frameless doors, a sloping beltline, a stubby bootlid and twin 90mm chrome exhaust tips to add to its sporty bent.

The taillights gets a new interpretation of BMW’s “L” shape, while you get can wheels ranging from 16 to 19 inches. 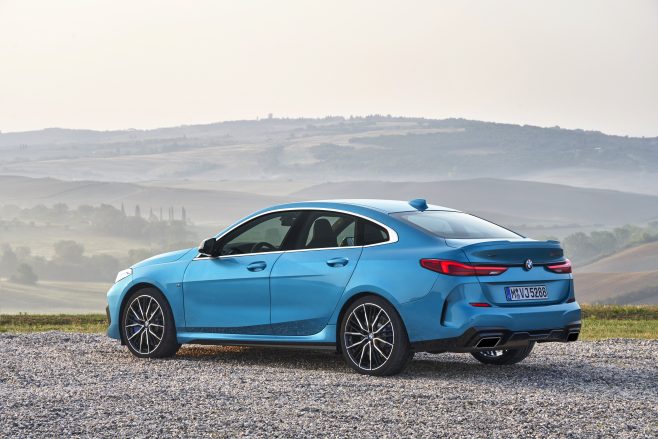 The rear looks particularly nice on the 2 Series Gran Coupe.

We think the 2 Series Gran Coupe looks much better in the upcoming M235i xDrive spec, with lots of M Sport bits giving the car a more cohesive look.

Overall, we don’t think owners of the Mercedes CLA-Class have anything to worry about in the styling stakes.

However, all could change once the M2 Gran Coupe comes along. Now that’s tasty. 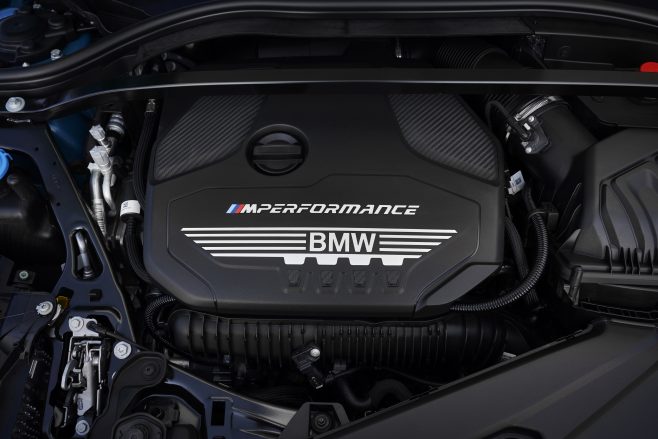 A turbo-four powers the M235i xDrive, while a three-pot powers the 218i.

At launch, the entry-level engine in the 218i 2 Series Gran Coupe is a three-cylinder developing 140hp, the same as the 1 Series.

A six-speed manual comes with the 218i, but we in Singapore clearly will get the seven-speed dual-clutch option instead.

An eight-speed transmission is standard in the M235i xDrive. 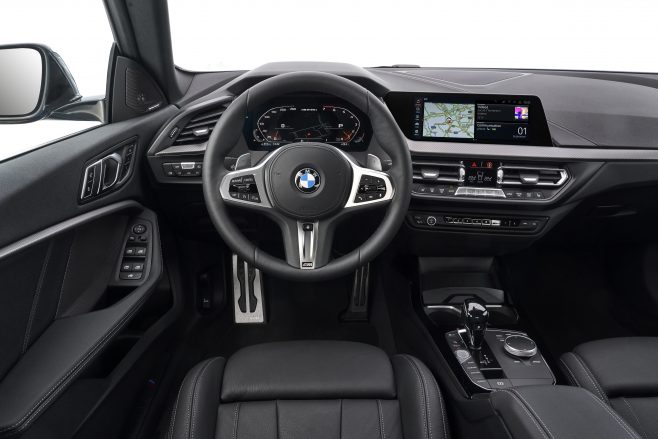 The dashboard borrows heavily from the new 1 Series hatchback, with a driver-focussed cockpit housing two displays for the instruments and infotainment respectively. 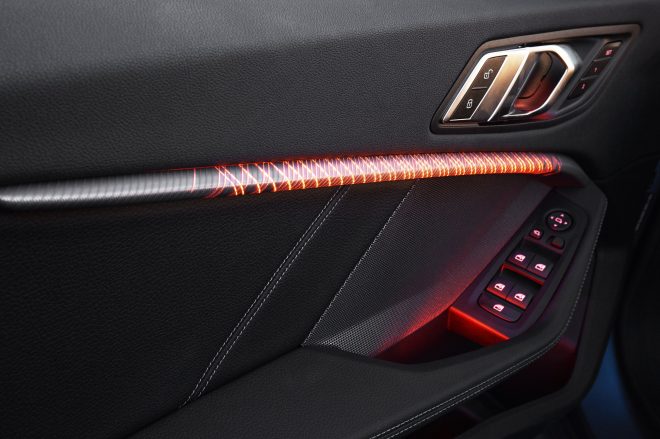 The backlit trim strips from the 1 Series also make an appearance here, giving the cabin a modern ambience.

There’s an optional panoramic glass sunroof and there’s 33mm more kneeroom than in the 2 Series Coupe.

The boot is also 40 litres larger than the Coupe to 430 litres. 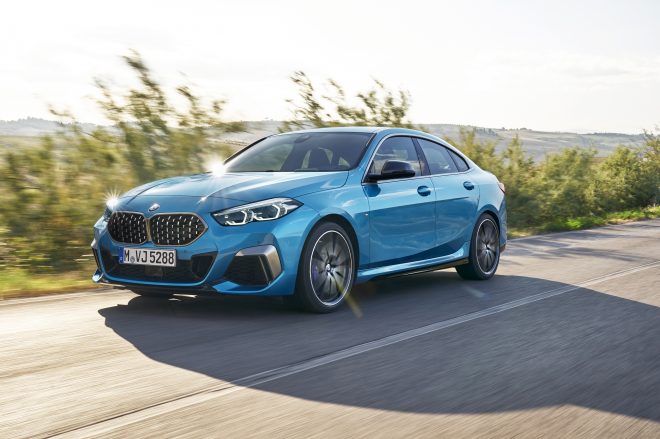 You read that right: the 2 Series Gran Coupe is front-wheel-drive with the powerful M235i getting xDrive as standard.

Before you pick up your pitchforks and charge towards Munich in righteous indignation, there’s more than meets the eye.

Borrowing a page from the also-FWD 1 Series hatchback, the near-actuator wheel slip limitation (ARB) tech from the BMW i3s comes as standard in the 2 Series Gran Coupe to significantly improve traction when cornering or accelerating.

Power or responsiveness: Which one matters more?

This feature increases handling agility by applying the brakes at the wheels on the inside of the bend before the slip threshold has been reached, ensuring neutral steering behaviour.

A newly-developed Torsen mechanical diff on the M235i xDrive, meanwhile, is integrated into the car’s eight-speed Steptronic Sport transmission and sharpens steering even further, similar to the M135i xDrive.

As befits a modern Bimmer, it gets BMW’s Intelligent Personal Assistant and a heads-up display. 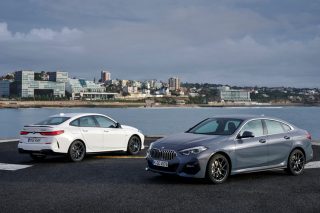