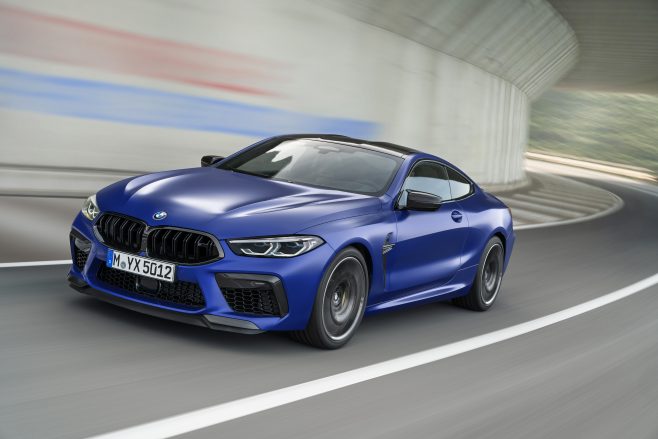 Also available are the lesser-fat but still-potent M8 and M8 Convertible.

For now, we’re focused on what the Bavarians call their “most powerful” M car – the M8 Competition.

The same 4.4-litre V8 sits in all four cars, but it’s been tuned higher by 25hp to 625hp in the Competition variants (there’s 600hp in the standard M8/M8 convertible).

All the power goes through BMW’s eight-speed M Steptronic transmission and out the road via BMW’s xDrive all-wheel-drive system. 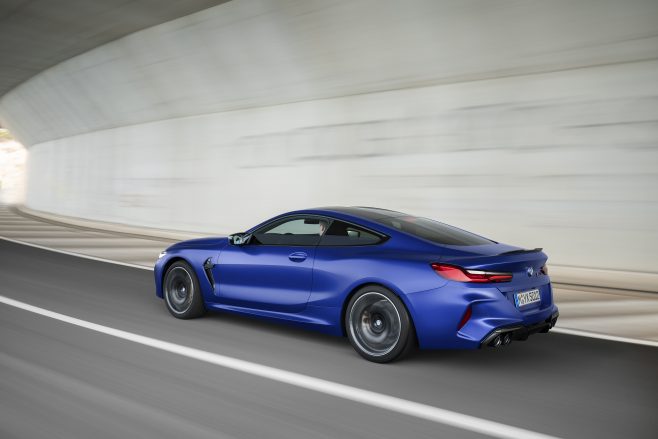 The V8 in the Competition variants get a special engine mounting for more rigidity. BMW says this results in “even crisper engine response” and a “positive effect” on both the immediacy of the M8 Competition’s turn-in and transmission of engine noise into the cabin.

Track use was on the top of the pecking order when developing the new M cars, BMW said.

As you’d expect, the Nurburgring in Germany formed part of BMW’s testing, as did BMW’s test track in Miramas in southern France and Arjeplog in Sweden for cold-weather testing.

One of the features that resulted from such track-oriented testing is a new braking system, an M-specific version of which gives the driver two different brake pedal feel settings.

Among the two settings, one is more comfort-oriented and the other, presumably, is the one you’d want for hardcore track action. 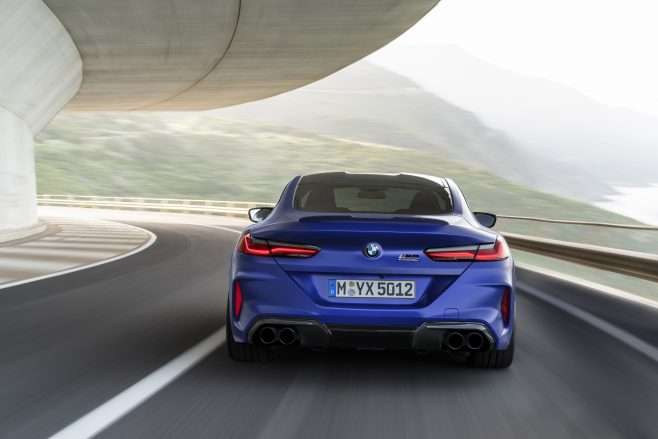 Carbon-ceramic brakes are available if you don’t like the standard M compound brakes.

“The oil sump has a smaller front chamber, which steps in when extra capacity is needed. An additional suction stage allows the mapcontrolled oil pump to draw lubricant from the smaller chamber. This ensures a reliable supply of oil at all times, even under extreme lateral and longitudinal acceleration,” BMW said. 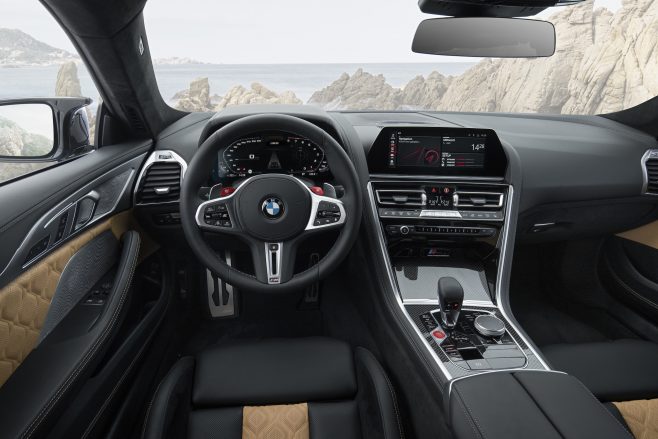 The interior of the new BMW M8 Competition.

New for the M8 is a “Setup” button on the centre console that lets the driver directly access settings for the engine, dampers, steering, M xDrive and braking system.

Another new feature is the M Mode button on the centre console, which the driver can use to adjust the driver assistance systems and the displays in the instrument cluster and Head-Up Display.

Both the M8 and M8 Competition models will debut at the #NextGen event at BMW Welt in Munich on June 25-27.