We challenge you to think of a prettier mainstream Japanese car today than the new Mazda 3.

We reckon that you really can’t find a bad angle on the car at all.

From the rear, it definitely evokes some memories of Alfa Romeos past, and there’s just a little bit of Jaguar at the front.

What is the new Mazda 3?

It also marks a new design direction for the company which will permeate throughout the entire Mazda range as new models are added, he said.

And what a new design it is.

The new Mazda 3 sports a matured evolution of the company’s Kodo – Soul of Motion design language.

Its overall form is subtle and organic, flowing from one surface into another without needing distracting creases or lines. 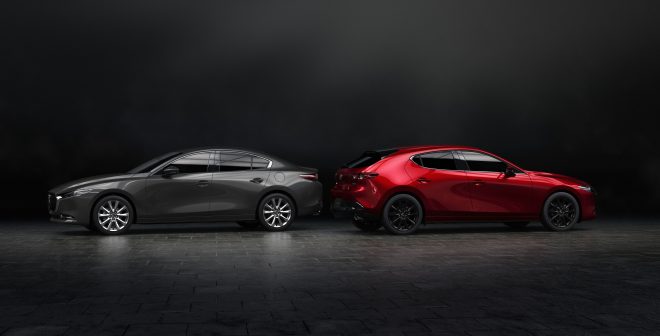 Core to the new Mazda 3 is the new Skyactiv-G 1.5-litre hybrid engine, whose Singapore availability is a world-first.

Its extremely high 14:1 compression ratio is unrivalled by any other automaker, and it promises to squeeze every ounce of energy from every drop of fuel.

New Mazda 3 to launch in 2019 with new Skyactiv architecture

To save even more fuel, Mazda has included its proprietary hybrid system to help give the engine a boost when accelerating from a standstill.

Called M-Hybrid, the system recovers energy during deceleration, stores it in a small lithium-ion battery and uses it to power onboard electrical equipment. 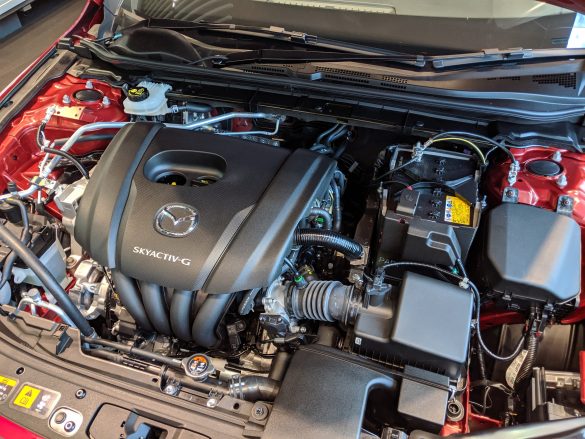 The new 1.5-litre Skyactiv-G engine that powers the new Mazda 3 sedan and hatchback has 118hp and 153Nm of torque, and an incredibly high compression ratio of 14:1.

All this fancy tech isn’t lost on the car, as it’s got a chassis tuned to make driving feel “completely natural”.

Accelerating, turning and braking have all been tuned to a point where they feel as natural as someone “going for a walk”, Mazda said.

To cosset the car’s occupants, Mazda has placed sound-absorbing material throughout the car to enhance sound insulation and reduce overall levels of noise, vibration and harshness (NVH) to provide a “high-quality quietness”. 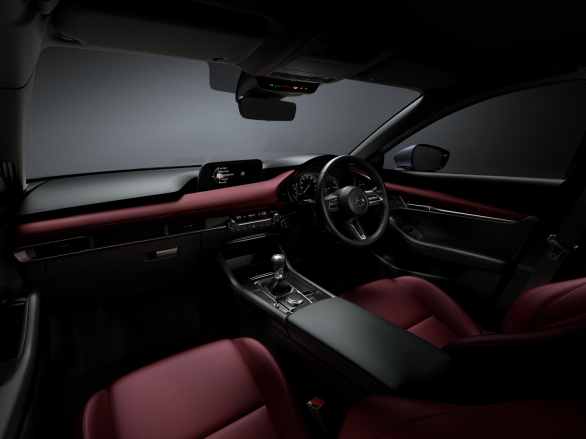 The interior of the new Mazda 3 is a quiet and comforting place to be in.

The new Mazda 3 sedan will be available in three options – Classic, Elegance and Astina, while the hatchback gets either the Elegance or Astina trim levels.

At the high end, the Astina trim (recalling the old Mazda Astina fastback) gets you signature illumination at the front and rear combination lamps, piano black pillar-garnish colour, leather steering wheel and shift knob and a 12-speaker Bose sound system. 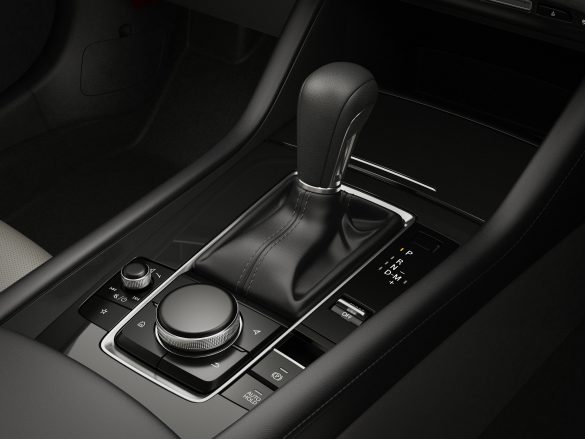 “Moving forward, we will continue with our efforts to deepen the groundswell of appreciation for the Mazda brand, and expand the market share of Mazda vehicles through value-added car ownership programmes and continued investment,” he added.

Pricing for the sedan and hatchback