Michelin Uptis: This airless tyre could be on your future electric car | Torque
Loading posts...
0 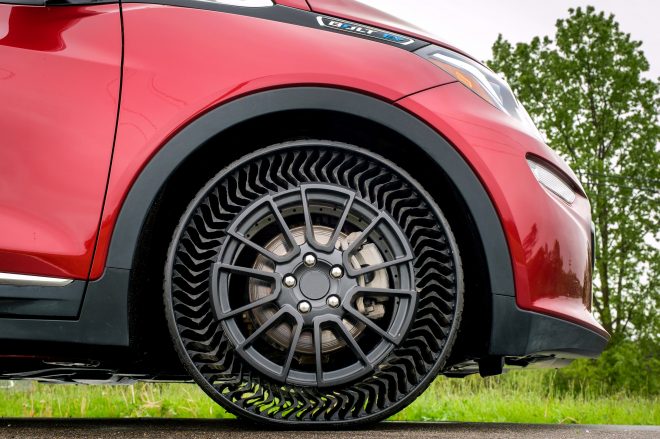 The Michelin Uptis Prototype is tested on a Chevrolet Bolt EV Wednesday, May 29, 2019 at the General Motors Milford Proving Ground in Milford, Michigan. GM intends to develop this airless wheel assembly with Michelin and aims to introduce it on passenger vehicles as early as 2024. (Photo by Steve Fecht for General Motors)

Your future electric car might not have air-filled tyres if Michelin makes their latest Uptis airless tyre a reality.

The Uptis protoype, developed by the French tyre maker, is currently undergoing testing in partnership with General Motors (GM).

What is the Uptis Prototype? 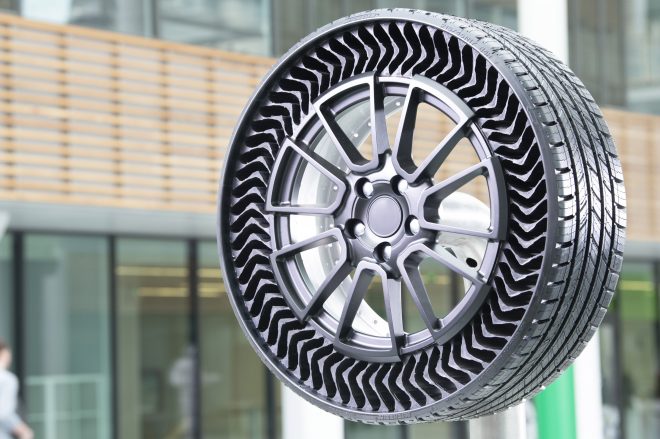 Uptis – or Unique Puncture-proof Tyre System – is Michelin’s latest development that the company aims to put on passenger vehicles as early as 2024.

It is aimed at an electric and autonomous car-sharing future, where the Uptis’ “near-zero” levels of maintenance eliminates any downtime suffered.

As it is airless, the entire wheel assembly eliminates the risk of getting a flat or a blowout, which increases uptime for transport operators of the future. 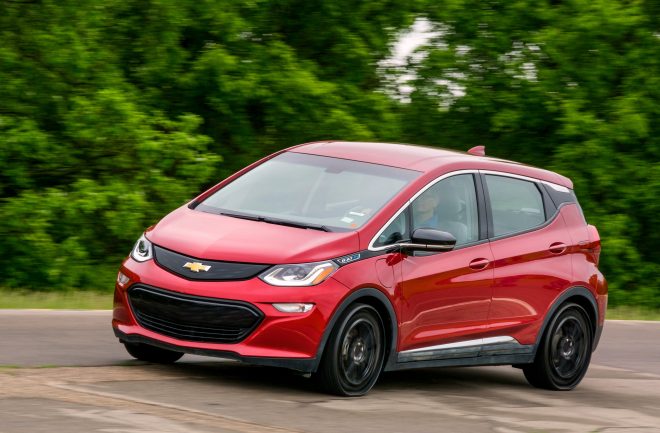 Eliminating the use of air also gets rid of the need for rubber in tyres, which will lead to environmental savings.

Michelin claims that some 200 million tyres worldwide are prematurely scrapped annually as a result of punctures, damage from road hazards or improper air pressure that causes uneven wear. 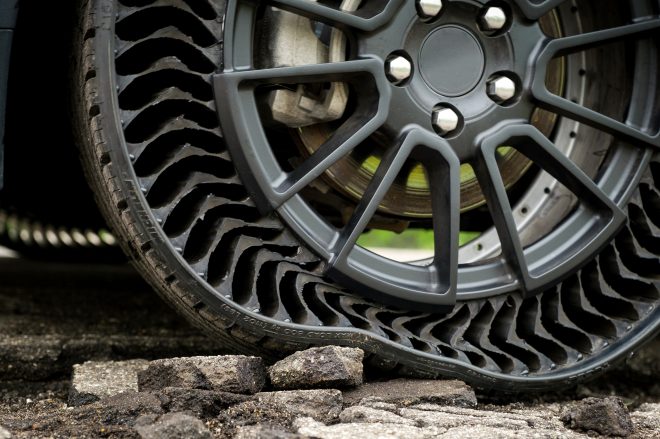 With the new Uptis tyre, these hazards will be eradicated, and promotes safer, more sustainable mobility, Michelin said.

Together with GM, Michelin is currently testing the Uptis on models like the Chevrolet Bolt EV, with real-world testing on the same car model slated for later this year.

“The Uptis Prototype demonstrates Michelin’s capacity for innovation — in both the mastery of these high-tech materials, and also the development approach in close collaboration with GM, which validates our Vision concept as a roadmap for innovation,” said Michelin Group’s executive vice president for research and development Eric Vinesse, who revealed Uptis at the Movin’On Summit. 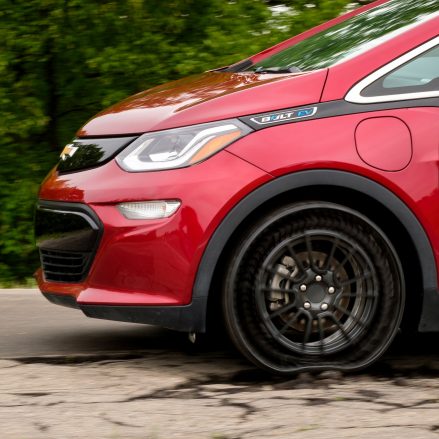 “Uptis represents progress toward Michelin’s vision for tomorrow’s mobility, and also embodies our commitment to a better, sustainable mobility for all,” Mr Vinesse said.