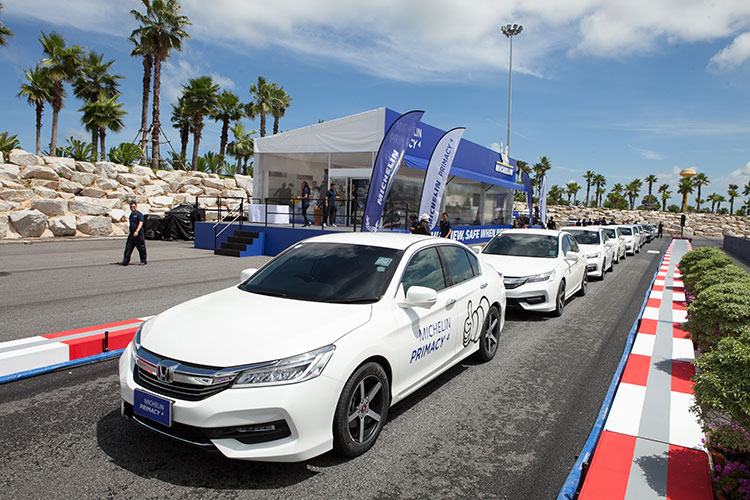 The tyres in Michelin’s Primacy touring range are regarded for their comfort, low noise, and longevity. The Primacy 3 was even a leading contender for dry and wet braking and wet cornering grip.

However, the competition has also improved with technological advancements to their tyres. So, how does the new Primacy 4 better the Primacy 3 and its competitors?

For a start, Michelin conducts performance tests on its new models using brand new tyres as well as those that have been substantially worn.

According to Louis Giraud, Vice President Marketing B2C East Asia and Oceania: “Michelin is a step ahead. We want to demonstrate that our performance is maintained even with mileage and time.”

When braking from 80km/h to a standstill, a Honda Accord shod with Primacy 4 tyres (225/50 R17) stopped 2.5m shorter when compared to new touring tyres from other premium brands.

When the same test was conducted with worn tyres, the car stopped 5.1m shorter than its rivals.

More amazingly, worn Primacy 4 tyres were able to wet brake 1.8m shorter than new tyres from one of the premium brands.

There are two innovative technologies behind the Primacy 4, which was three years in the making.

The first is Evergrip Technology and it consists of two key features. The first is a new sculpture with squarer and less tapered grooves that provides 50 percent more water evacuation space to reduce aquaplaning.

The second feature is a breakthrough compound that bonds rubber and silica together more strongly and evenly, for more uniform energy dissipation upon road contact. But as the saying goes – the proof is in the pudding. Hence, Michelin conducted a live braking demonstration and driving experience at Nong Nooch Gardens, a resort in Pattaya.

For the live braking demonstration, a wet stretch of asphalt, with similar conditions as the TUV test, was set up. This time round, new and worn, Primacy 4 tyres and touring models from two other premium brands, were used.

The worn Primacy 4 tyres even “out-braked” new tyres of one competitor by 1.6m. How’s that for lasting wet braking performance?

For dramatic effect, a self-righting inflatable dummy was placed within the braking zone. All new tyres were able to stop, with varying braking distances, without hitting the dummy.

However, when worn tyres were used, the Primacy 4 was the only tyre that didn’t “kill” the dummy.

Next, we drove around the sprawling 500-acre compound of the resort in two Honda Accords – one fitted with Primacy 4 tyres and the other with touring tyres from a leading competitor. 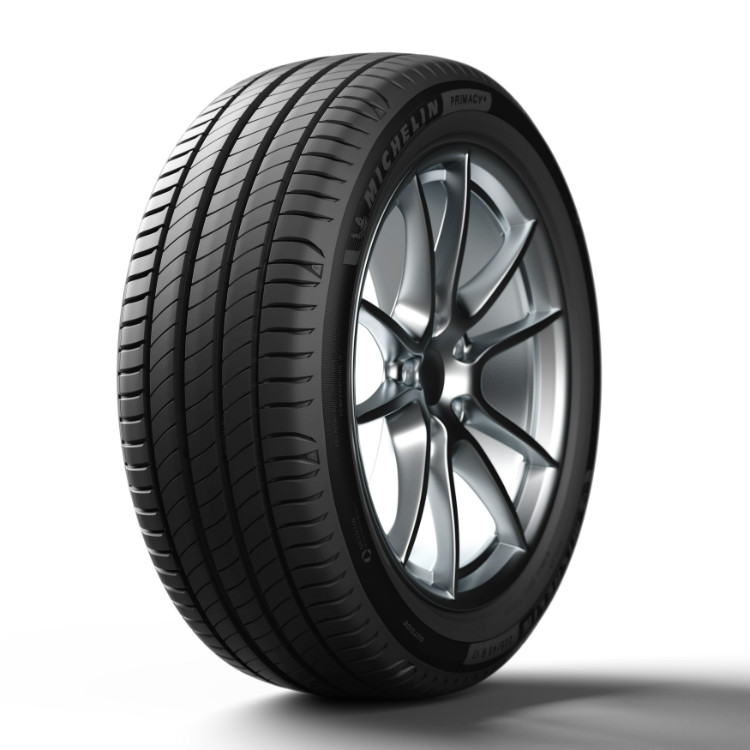 When it came to ride quality, the car with Primacy 4 felt a tad more comfortable. Where noise was concerned, it was slightly quieter in the car with the Michelins, especially over a section with speed strips.

For the finale, a gymkhana circuit was set-up for a spot of friendly competition. This time round, there were no tyre comparisons – just driving fun.

I drove a Mercedes-Benz E200 Cabriolet shod with Primacy 4 tyres and traversed slaloms, short straights with half circles, a quick lane change, and finally, a full-on brake stop into a designated box.

I drove hard and fast while being as smooth as possible, and I can say that the Primacy 4 is about as grippy as it gets for touring tyres.

Michelin’s marketing tagline for the Primacy 4 sums up the tyre best – “Safe When New, Safe When Worn”.

While the improvements in comfort and quietness over the Primacy 3 were marginal as it was already very good in those areas, the Primacy 4 really shines when it comes to grip and braking, especially when the going gets wet, even when it is well worn.

The Primacy 4 is available now in sizes from 15 to 18 inches. Like all Michelin tyres, they are backed by a six-year limited warranty.

Why is my car’s tyre pressure important?

When to change the tyres of your car 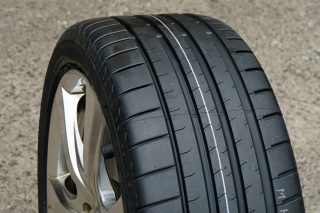