Time to rev up discussion about insurance for driverless cars | Torque
Loading posts... 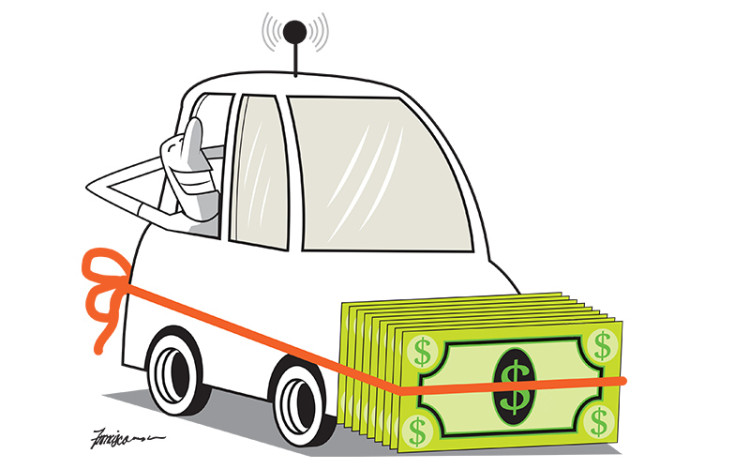 In the race to place driverless cars on public roads, technology has shot past regulations, and one area that has been lagging in the debate is insurance for these vehicles.

Two weeks ago, Singapore became the first country in the world to have on-demand driverless taxis, the first time such taxis are being tested on public roads as well. The service is part of a trial by start-up nuTonomy, founded by two Massachusetts Institute of Technology researchers who are now based in Singapore.

This came even as Uber said it would try out a fleet of driverless cars in Pittsburgh, in the United States, by August-end.

But with the advent of driverless vehicles, the issue of insurance will eventually come to the fore.

The debate on how insurance players will ascribe liability and how users will be affected will hinge on the balance of responsibility between the driver, the software and the hardware.

DIFFERENT SCENARIOS
After a Google self-driving car collided with a bus in California on Feb 14, the tech giant said: “We clearly bear some responsibility, because if our car hadn’t moved, there wouldn’t have been a collision. That said, our test driver believed the bus was going to slow or stop to allow us to merge into the traffic, and that there would be sufficient space to do that.”

The incident was said to be perhaps the first crash due to a self-driving vehicle’s fault.

Another incident involved a Tesla Model S sedan which had the autopilot mode engaged. It crashed into a tractor trailer in Florida on May 7, killing its driver.

Given the range of scenarios, an important first step will be to define terms such as autonomous vehicles, autonomous driving, self-driving and driverless cars. These have to be defined by the industry and stakeholders involved, such as governments, tech firms and car manufacturers. Without a clear understanding, it is hard to decide who will be held responsible for accidents.

One possible guideline could come from the US National Highway Traffic Safety Administration, and SAE International, which sets standards for automotive engineers. They set out different levels of autonomous driving – from driver assistance at one end, where the car performs one basic function but the driver does the rest, to full automation, where the vehicle can operate safely without a driver. This last stage is what most tech firms are working towards.

Once the terms are defined, it becomes much clearer who should be liable in an accident involving an autonomous car.

DRIVERS VERSUS MANUFACTURERS
Ms Anna Tipping, Singapore-based partner at law firm Norton Rose Fulbright, who specialises in insurance, says that to identify liability, the first step is to identify the cause of the accident. The cause could be a mechanical failure of the original vehicle or a failure of the self-driving system – either hardware or software, or some other issue.

“The self-driving system will involve multiple hardware components likely sourced from a multitude of manufacturers; software will be complex and involve algorithms that make decisions based on rules and logic developed and coded by a programmer ahead of time,” she says. Anything could go wrong.

She adds that the vehicle could have been used outside its safe operating limits, for instance, in poor weather conditions.

At most levels of autonomous driving, there is a person in the car able to take over the controls when needed. With a completely driverless car, however, the insurance aspect will break new ground. For example, governments here and abroad plan on using driverless vehicles to transport goods and ferry bigger groups of passengers on public transport routes, which would raise the question of which passenger would take control in case of an emergency.

The US Department of Transportation had said that an automated driving system could be considered the driver for regulatory purposes, Reuters reported in July. But even that does not mean the manufacturers of the system would be solely liable.

Ms Tipping says a more challenging dilemma is that the self-driving system will have to be programmed to take actions that could cause damage or loss of life, in order to avoid greater damage or loss of life. In that case, whose life is chosen and how will liability be determined and loss assessed?

People are split over the issue as well. Polls by New York-based industry trade group Insurance Information Institute found that 50 per cent felt a driverless car’s manufacturer should bear responsibility in case of an accident, and only 25 per cent would be willing to pay more for a driverless car to cover the manufacturer’s liability.

REGULATIONS OVERSEAS
Britain is already planning new motor insurance laws meant to encourage investment in driverless cars, Reuters reported in May. “The market for autonomous driving is worth £900 billion (S$1.6 trillion) worldwide, according to the government, but needs to overcome legal obstacles, including determining who would be responsible in the event of an accident,” Reuters said.

A spokesman for Britain’s Department for Transport had said the new laws would extend the existing compulsory insurance regime, which states that drivers must have insurance, to cover product liability. That ensures driverless-car owners would be insured for any accident.

Ms Tipping also notes that most countries do not allow vehicles to be operated on a public road without compulsory insurance. “While it is the owner of the vehicle that usually purchases the insurance, the insured is the ‘driver’. So insurers will similarly have to change their approach to insurance.”

However, she says insurers are behind automated vehicles, as they will remove human error – the cause of most motor accidents, or more than 90 per cent, in Britain. The hope is that “insurance for the owner or passenger will get cheaper as the risk of damage… is materially reduced.”

With supposedly greater safety on the roads, thanks to autonomous cars that never tire or anger, manufacturers and insurers are keen.

Ms Tipping says regulators will hopefully give some protection to original equipment manufacturers and those who develop self-driving systems, but vehicles must meet the relevant safety standards when manufactured and should not “subsequently be found to be inherently flawed”. Bloomberg noted last December that Volvo Cars, Google and Daimler AG’s Mercedes-Benz have pledged to accept liability if their vehicles cause an accident.

Ms Tipping expects that manufacturers of the self-driving system will take out policies of significant value to cover the risk of loss caused by a system failure.

But even the US has yet to come up with an answer after the top US auto safety regulator, National Highway Traffic Safety Administration, said it is working on guidelines for such vehicles. Those were supposed to be unveiled by July 14, but “might not be released until later this summer”.

IN SINGAPORE
The General Insurance Association of Singapore (GIA) says it is at an early stage of gathering facts, and the underwriting of autonomous vehicles and handling accident claims on autonomous vehicles present a different set of challenges from the usual.

Carmakers globally are also now being careful with terms such as “self-driving car” and “driverless”.

GIA chief executive Derek Teo says the body has been “actively engaging the Land Transport Authority” on the progress of the many tests on autonomous vehicles conducted at the Nanyang Technological University and at the one-north vicinity, and the progress of studies on changes to the road traffic law.

Mr Teo says some parent offices of its member firms are also working with other regulators, looking at autonomous vehicles being alongside conventional ones.

US think-tank Rand Corporation has suggested looking at a type of no-fault auto insurance system, on the back of concerns that lawsuits could drive the manufacturers and suppliers out of business.

Ms Tipping adds that in such a system, people do not have to sue each other to determine liability, and it only works with a comprehensive compensation scheme to cover actual loss.

“All participants typically contribute to the pool of resources from which compensation is paid, whether it be by way of insurance premiums or knock-for-knock agreements – where participants, usually insurers, agree not to sue each other and bear their own losses for claims less than a certain amount.”

With interest growing, there is a need for regulators, the insurance industry and stakeholders to start their engines now, rather than play catch-up with the technology that is racing ahead.