Don’t you wish learner drivers could be paradigms of perfection when they roll out of the testing centre?

In the real world, that’s never the case: we make mistakes and neglect basic road manners when behind the wheel, even after passing our test with flying colours.

If you have ever despaired at “these learner drivers” on the road, you’re not alone.

A UK driving centre – Young Driver – has surveyed 1,000 UK motorists on which elements of driving they thought could be emphasised on during lessons for young drivers.

According to the survey, these are motorists’ top 10 wishes when it comes to teaching young ‘uns:

Other focus areas include being taught about the dangers of driving too slowly, when and how headlights should be used and how average speed cameras work.

Much of having good road manners comes down to having a greater awareness of other road users and being courteous, a lot of which is “gained through experience and not slipping into bad habits”, said Young Driver’s Laura White.

Getting a license in Singapore ranges from as low as $1,300 if you go with a private instructor, to $2,400 if you attend a school.

If you’re paying that much money for a license, it pays to learn the best practices on the road too.

Confessions of a driving instructor 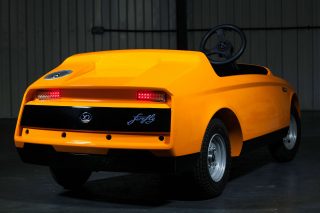