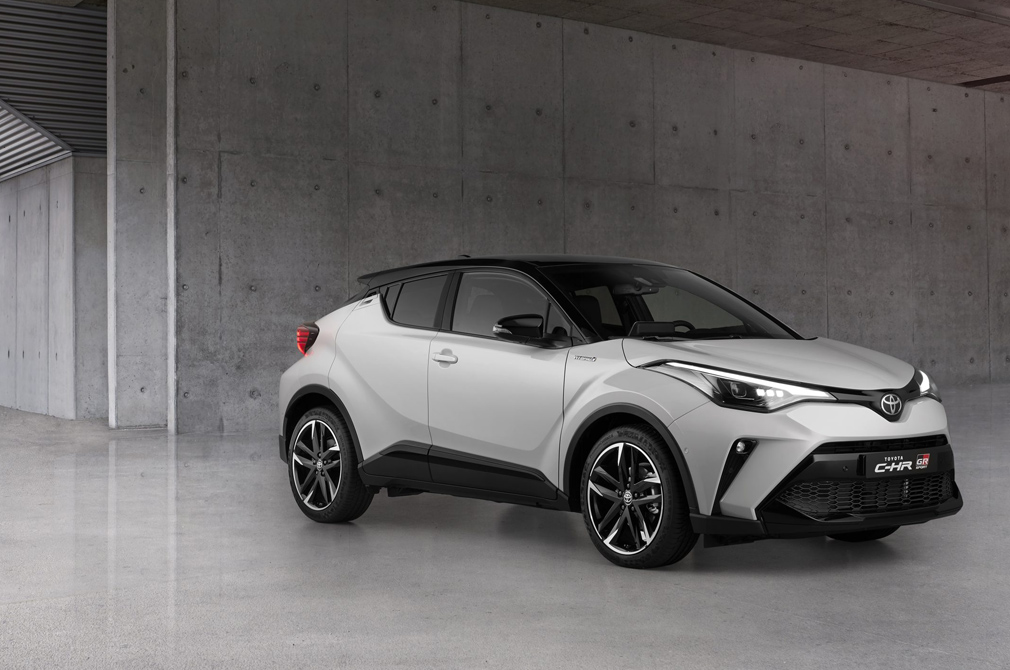 Toyota Gazoo Racing has inspired the look and handling of a new addition to the C-HR range that will be introduced in the UK by 2021.

The Toyota C-HR GR Sport gets a black finish for the headlight and fog light housings, as well as the central bumper section and the background to the Toyota emblem.

Elsewhere, the grille is rendered in dark chrome, and the front spoiler has been redesigned. 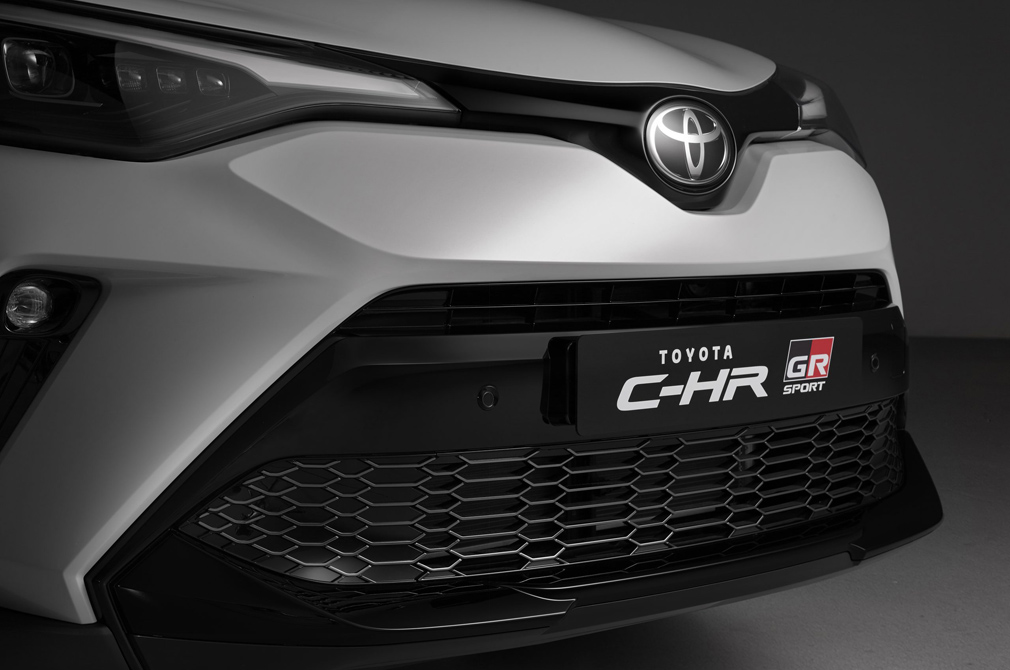 The assertive look is further emphasised with black mouldings added to the doors. 19-inch alloy wheels sport a GR Sport design with a contrast black and machined-face finish.

At the rear, the car gets black reflector surrounds, a new under-bumper trim and GR Sport badging.

UK customers will get a two-tone paint finish as standard with eight colours to choose from, including a new Ash Grey and black roof combination exclusive to the Toyota C-HR GR Sport.

The sporty theme continues into the cabin of the C-HR GR Sport. The car sports a Cool Silver deco line and a choice of Alcantara-trimmed leather or all-fabric seat upholstery. Both options will feature GR-inspired red and grey stitching. 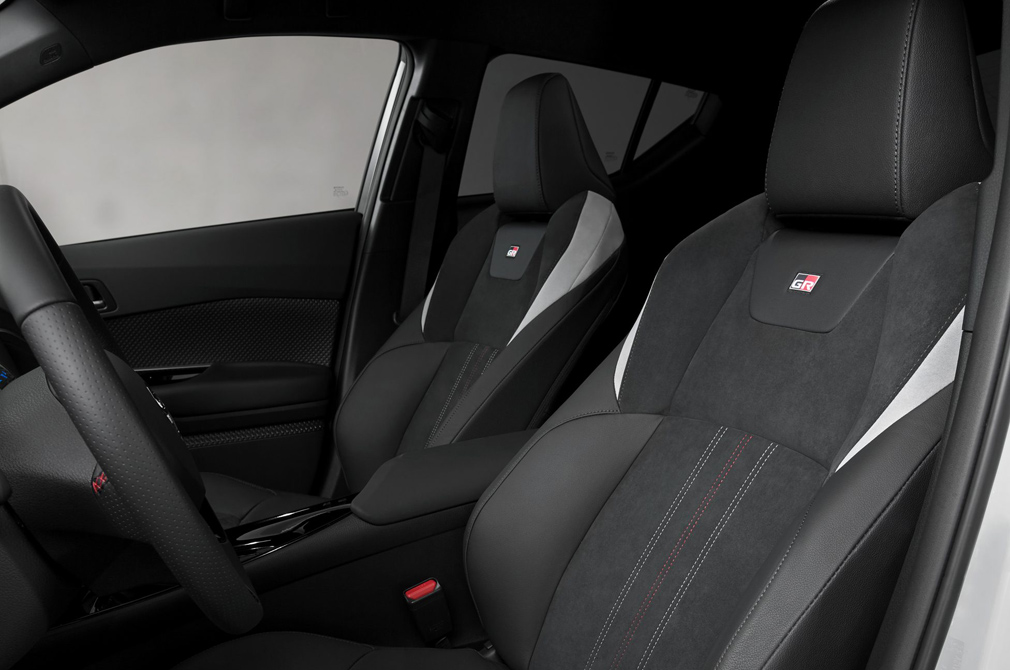 The three-spoke steering wheel has a perforated leather finish with red stitching, which is also mirrored on the gear selector.

Meanwhile, the Gazoo Racing logo is emblazoned on the scuff plates, the stop-start button and the start-up animation in the driver’s multi-information display.

Also standard is the Toyota Touch 2 multimedia system with navigation and smartphone integration. A nine-speaker JBL Premium Sound audio system is offered as an option.

The front and rear springs of the Toyota C-HR GR Sport have been stiffened by 10% and 15% respectively. The car’s shock absorbers have also been retuned for increased damping force, particularly on the rebound. 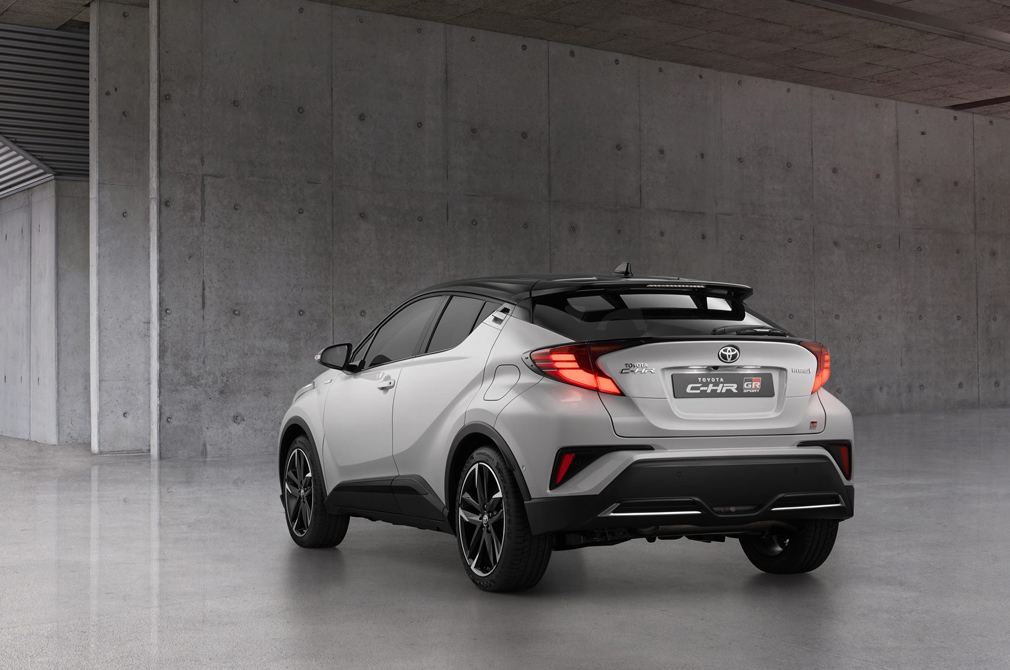 The 1.8-litre hybrid version benefits from the larger diameter anti-roll bar that is used in the 2-litre hybrid for greater stiffness.

Together, these measures improve body roll and pitch control. The steering has also been tuned for better response and the car will ride on model-specific tyres.

The Toyota C-HR GR Sport will be available with both 1.8 and 2-litre hybrid powertrains.