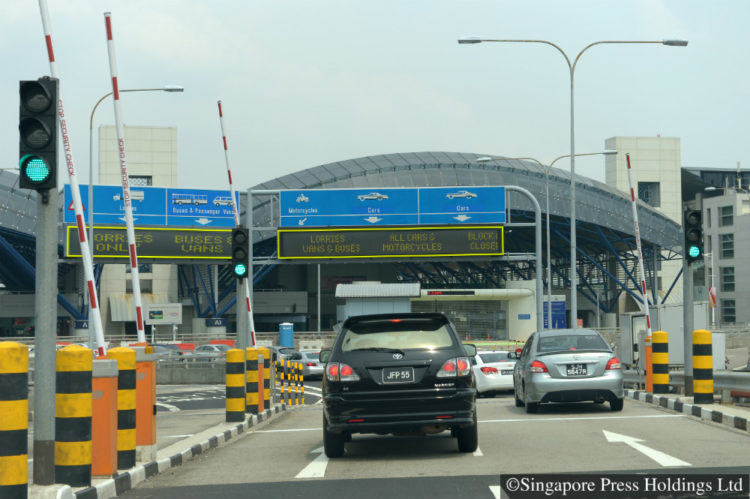 From congestion on the Causeway to the bidding process for the high-speed rail, Prime Minister Lee Hsien Loong and his Malaysian counterpart Najib Razak addressed matters of bilateral concern at a press conference yesterday for the eighth Singapore-Malaysia Leaders’ Retreat.

The two leaders welcomed the progress made in relations, adding that “tangible results” are produced when both countries work closely together.

The next leaders’ retreat will be held later this year in Malaysia.

TOLL CHARGES ON SECOND LINK MAY BE REVIEWED
To ease traffic jams on the Causeway during peak periods, toll fees for the Second Link in Tuas may be reviewed so more people will use it.

Malaysian Prime Minister Najib Razak said Prime Minister Lee Hsien Loong had proposed this solution to the congestion problem, adding: “People from both sides have to wait as long as three to four hours to get clearance, and we both agree that we need to resolve this.”

RAIL BIDDING PROCESS TO BE “TRANSPARENT AND HONEST”
Price will not be the only factor in deciding which company wins the bid for the Kuala Lumpur-Singapore High Speed Rail (HSR), said Mr Lee, adding that other factors such as financing, track record and reliability will also count.

There will be a “multi-dimensional assessment” of bids, said Datuk Seri Najib.

The two leaders were asked about the selection criteria, following a news report that said the Japanese government would help a Japanese consortium in its bid for the HSR project.

Mr Lee said there will be “a systematic process to come to a recommendation and a decision”.

He added that keeping it transparent and honest will give people the confidence that the call was made “without intending to favour or to hurt any side”.

AGREEMENT RENEWED FOR EDUCATIONAL COOPERATION
A memorandum of understanding for educational cooperation between both countries was renewed.

In a joint statement, the prime ministers said the agreement, which builds on efforts over the past 10 years, will provide opportunities for officials, educators and students from both countries to carry out exchanges and collaborations on matters of mutual interest.

MALAYSIA VOICES FULL SUPPORT FOR SINGAPORE AS ASEAN CHAIR
Singapore and Kuala Lumpur could potentially be linked up as smart cities, Mr Najib suggested as he pointed to the themes of resilience and innovation that Singapore has chosen as the chair of Asean this year.

Expressing Malaysia’s full support for Singapore’s chairmanship of the grouping, he said that the emphasis on the digital economy is something both countries can work on together.

He added that Singapore and Malaysia can promote regulations and e-commerce, and encourage electronic payments.

Mr Lee had announced previously that Singapore plans to promote schemes to help Asean member economies innovate and use technology.