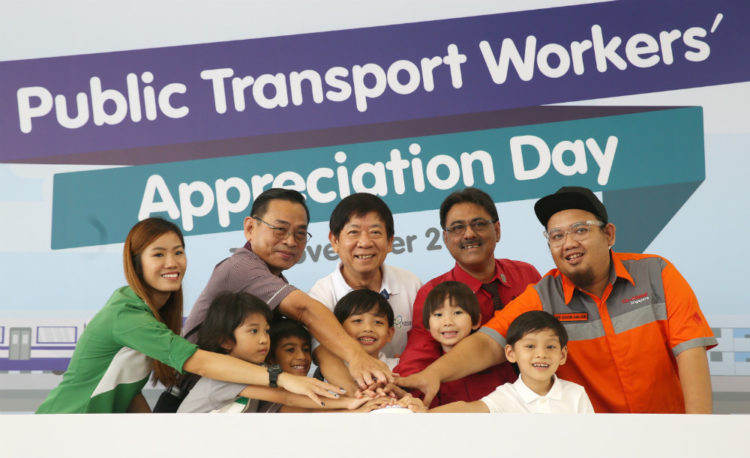 Transport Minister Khaw Boon Wan yesterday rebuked a group of SMRT staff who failed to carry out their maintenance duties, leading to last month’s MRT tunnel flooding. They had “negated the good work” of other SMRT workers, and “brought disrepute” to other transport workers, he said.

“They have tarnished the reputation of Singapore and Singaporeans,” Mr Khaw said in a speech at Bedok Town Square, during the first appreciation day for public transport workers.

While the event was to recognise and thank Singapore’s 22,000 transport workers, Mr Khaw had stern words for the SMRT staff responsible for the tunnel flooding on Oct 7 between Bishan and Braddell MRT stations, which shut down rail services on a segment of the North-South Line for about 20 hours.

He said the past could not be changed, adding: “But let it be the turning point for SMRT, especially in its journey towards transforming its corporate culture.”

He encouraged SMRT workers to give their all to make train services reliable again. “This requires an all-out effort. This requires everyone in SMRT to play their part, from the CEO down to the rank and file,” Mr Khaw said, adding that while the company will find support from the union and other workers, SMRT staff themselves must do the “heavy lifting”.

He then called on SMRT staff at the event to raise their hands, and asked the audience to cheer them on, in a round of applause.

He said there will be “some black sheep” in every large organisation, and the job of public transport operators is to identify errant workers, counsel them and give them a chance to shape up.

During his speech, Mr Khaw recognised the vital work that transport workers do, with the public transportation network expanding and a rise in the number of commuters taking trains and buses daily. He said seven in 10 Singaporeans take public transport daily, and the daily bus and rail rides have risen by 30 percent to nearly eight million in five years.

He encouraged commuters to show appreciation to transport workers every day. “Even a little smile, saying a ‘thank you’ through your body language, it makes a tonne of difference,” he said.