Car insurance costs less for women because they are deemed to be safer than men
Loading posts...
0 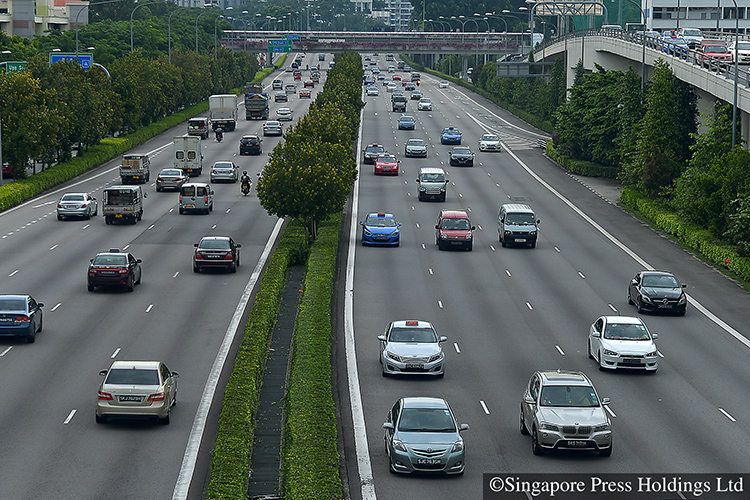 Traffic along the Central Expressway (CTE).

Women are safer drivers, going by the car insurance premiums they pay.

A check with four leading insurers here – NTUC Income, AXA, Liberty and MSIG – showed that car insurance premiums for women drivers here are up to 13.6 percent lower than for men of a similar profile.

Car insurance premiums paid by motorists aged 25, 35 and 45 driving a new Toyota Corolla Altis were compared. Each has more than three years’ experience at the wheel, but does not have any no-claims discount.

This is consistent with findings in other countries. In Europe, for instance, women still pay lower premiums than men, despite a 2012 European Union ruling which banned gender-specific pricing.

In Singapore, insurers say there is good reason for the pricing difference. Insurers price their car insurance premiums according to their own claims experience, and a slew of risk factors which provide an indication as to how likely you are to get into an accident.

“Based on statistics, women generally tend to take fewer risks than men and meet with fewer accidents on the roads,” he notes. “Everything else being equal, female drivers tend to have a better car insurance premium.” 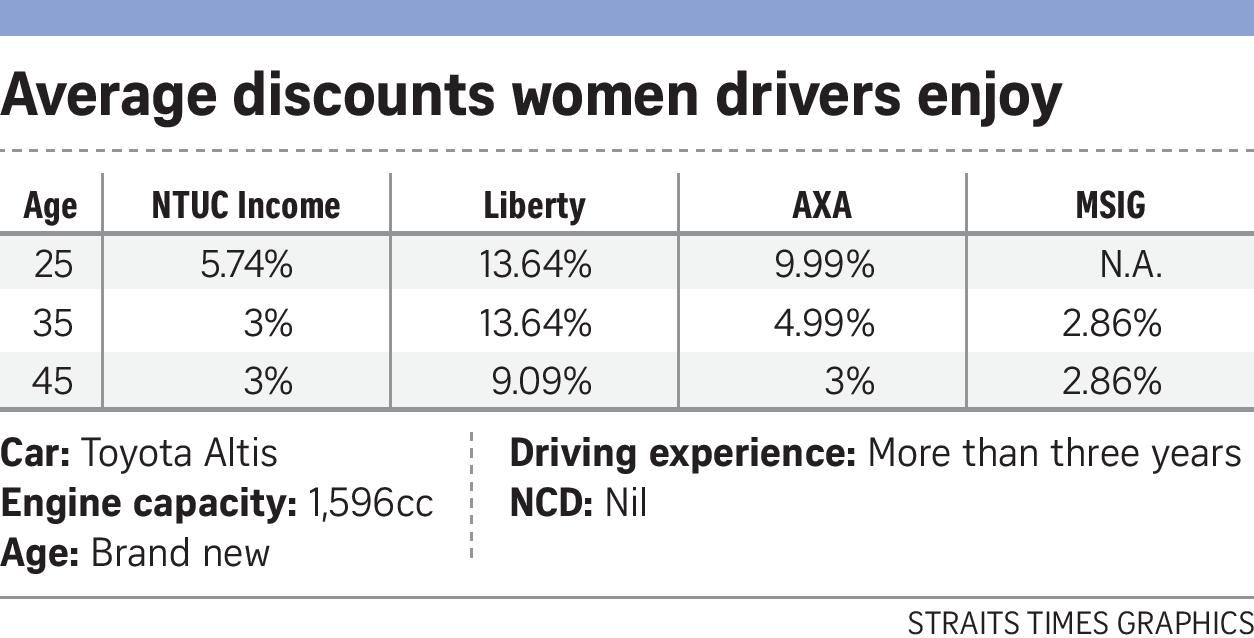 “Based on our records, the claim experience for female drivers is slightly better. In other words, they generally make fewer claims than male drivers,” he says.

“Hence with all other factors being equal, the car insurance premiums for female drivers will be lower since they have a better risk profile.”

Insurers emphasise that their policy is not based solely on gender, and is backed by hard data as well as actual claims record.

For instance, women who have a poorer claims history are still likely to pay higher car insurance premiums than men with a better claims record – all other things being equal.

Budget Direct illustrates with a scenario: Mr A and Ms B are of the same age. Both have five years’ driving experience and 40 percent no-claims discount. Ms B has had one at-fault accident, so her car insurance premium will be higher than that paid by Mr A, who has not been in any accident.

Insurers are mum on this, although experts The Straits Times spoke to had some views.

Mr Lim Chun Kiat, 42, who conducts advanced driving lessons for owners of high-performance cars, says men “are better drivers by nature”, even if they tend to take more risks. The motorsports arena, for instance, is dominated by males.

Mr William Low, 67, a private driving instructor since 1984 and secretary of the Singapore Driving Instructors’ Association, reckons good driving skills have little to do with gender.

“It all boils down to experience,” he says. “Most of the time, a poor driver is one who has not spent enough time on the road.”