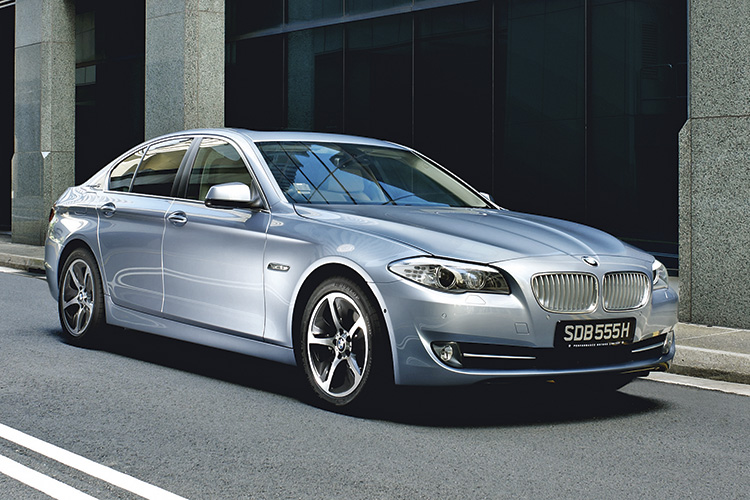 Any BMW model ending with the number “35” has always been a favourite of mine, because it means the car is powered by the German marque’s fabulous 3-litre turbocharged motor. In its latest TwinPower guise (with a single turbo), this powerplant makes 306bhp and 400Nm – exactly the same as its predecessor, which has two turbochargers.

Within the current 5 Series family are two models with this engine. We’re all familiar with the 535i, which was introduced more than two years ago. It was recently joined by the ActiveHybrid 5 – BMW’s first hybrid here, but the third one overall. The first two were versions of the X6 and the 7 Series, but these were offered only in left-had drive. 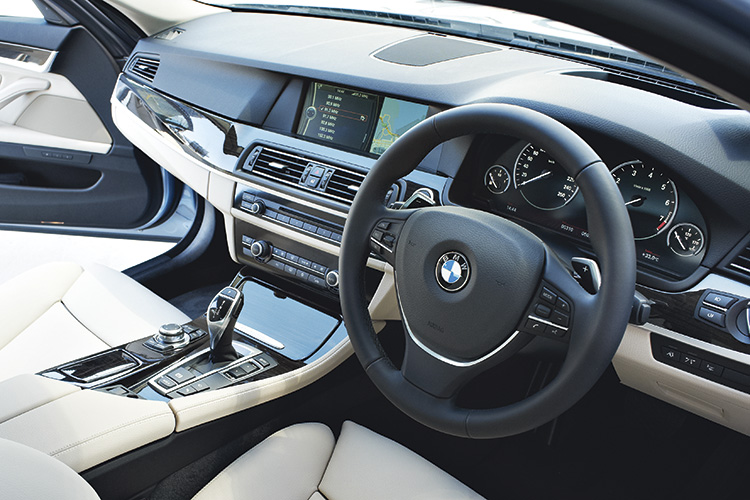 Although the ActiveHybrid 5 weighs 190kg more than the 535i (because of the extra components in the hybrid drivetrain), it has the legs to match the latter in the acceleration stakes. The 54bhp electric motor and lithium-ion battery pack increase power and torque to 340bhp and 450Nm (up 34bhp and 50Nm) – more than enough to compensate for the extra heft. Keep the needle below 60km/h, and with gentle throttle pressure, this saloon can run on electric power alone.

However, enthusiastic drivers who hanker after more performance can call upon the hybrid drivetrain at any time with a more forceful step on the accelerator. BMW claims that the ActiveHybrid 5 sprints from zero to 100km/h in 5.9 seconds (the same as the 535i), and it does feel fast. 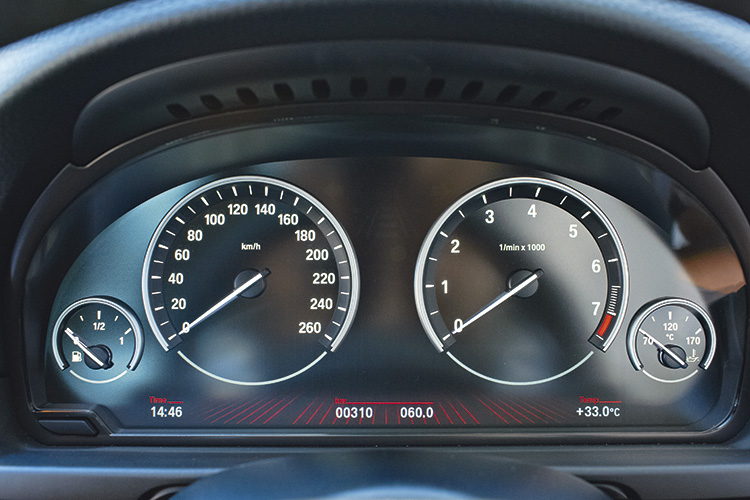 Overtaking is a breeze, and the car feels sprightly from take-off despite weighing close to 1.9 tonnes. Helping with this is the smooth-shifting 8-speed gearbox (with manual select function). Unlike other “normal” automatic transmissions that employ a torque converter, this one has been specially fitted with a clutch instead.

When Eco Pro (the most economical of five available modes) is selected via a rocker switch located near the gear lever, this saloon has the ability to coast at speeds of up to 160km/h in certain situations. During such moments, the clutch lets the engine decouple from the gearbox. This special feature contributes significantly to the ActiveHybrid 5’s high fuel efficiency. 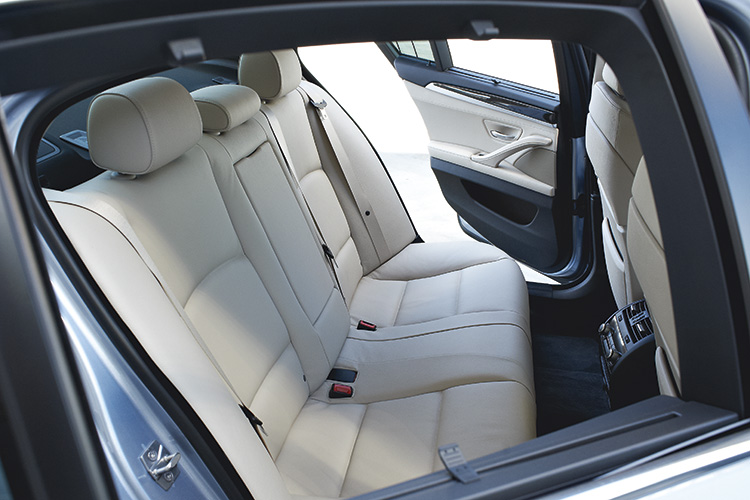 Also helping to save fuel is the Hybrid Auto Stop-Start function, which allows the air-conditioning to run on power from the lithium-ion batteries when the engine is shut off. This green 5 Series achieves 15.6km for every litre of petrol consumed – or 3.7km more (per litre) than the 535i is capable of.

The ActiveHybrid 5 might be heavier than the 535i, but it still strikes an excellent balance between comfort and agility. Armed with BMW’s Dynamic Damper Control, which comes as standard, the car takes corners with aplomb while giving its occupants a well-cosseted ride. This clever system uses a control unit on each wheel to evaluate movements 400 times a second, and adjusts the dampers accordingly. For example, when the front wheels encounter a pothole, information is quickly sent to the rear dampers so sufficient cushioning is provided. 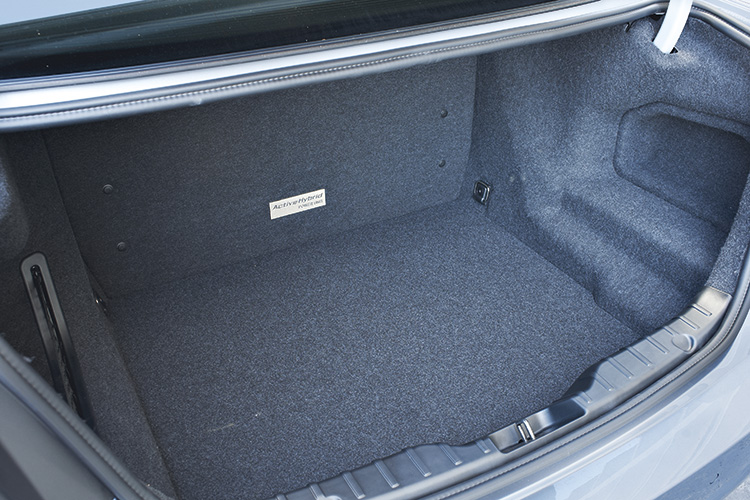 Despite the workings of the hybrid drivetrain, changes in the propulsion method are hardly discernible. There is a slight judder whenever the Auto Stop-Start switches the engine on or off, but this is only discernible at lower speeds. In fact, the only way to actually know what is happening in any instance is via the multi-function display showing the drivetrain’s real-time transfer of energy.

Aesthetically, the ActiveHybrid 5 can be differentiated from other 5 Series models by a number of visual cues. The grille is finished in matte silver, and there are badges bearing the car’s name on the C-pillars and boot lid. Also new is Bluewater, the metallic light blue paint our test car came “clothed” in. But the wheels, with thick bladed spokes in a black-silver finish, just don’t look very impressive. 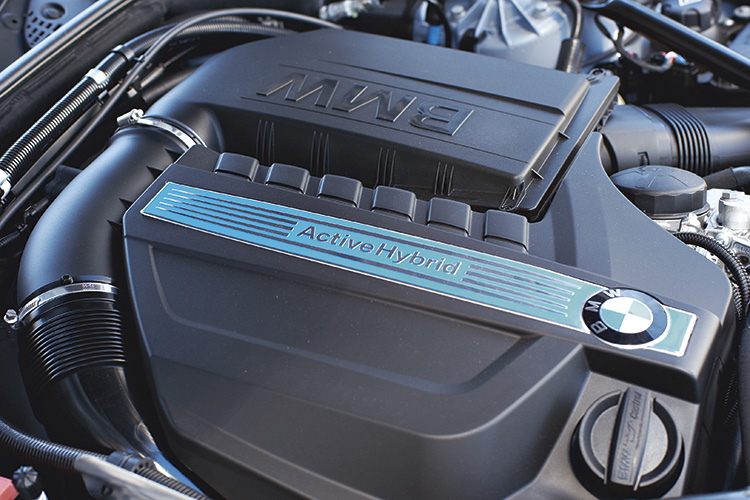 Turbo 3-litre joins forces with the electric motor and lithium-ion battery to give this 5 Series manic straight-line performance.

Inside, the car is very similar to other 5 Series models. The interior is spacious and well-built, and most functions are controlled via BMW’s proprietary iDrive. “ActiveHybrid 5” lettering on the door sills and an aluminium plate mounted on the centre console reveal this Bimmer’s true identity. 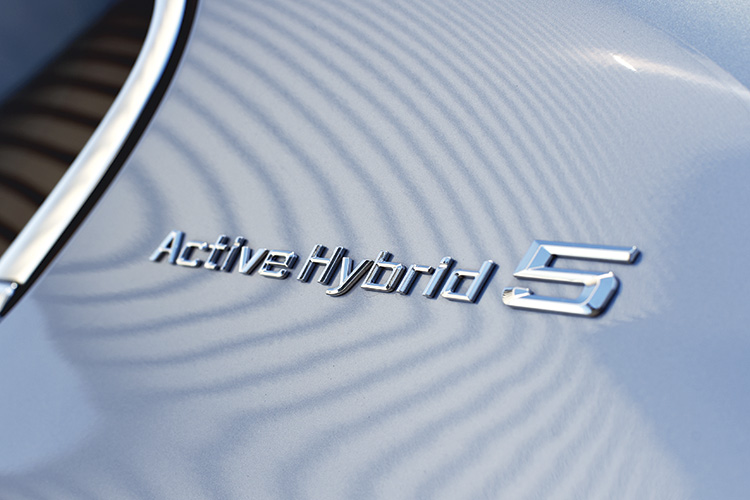 The only significant difference is the boot, where capacity drops by almost 150 litres. In fact, it is even smaller than that of a 3 Series saloon. This is due to the lithium-ion battery pack, which sits behind the rear seats.

Fans of the 535i should seriously consider the ActiveHybrid 5. It has a more substantial list of standard equipment and is just as accelerative in most situations. The green vehicle rebate also makes it cheaper by $18,000. We ourselves would use some of the money saved to replace the 18-inch wheels with better-looking items. 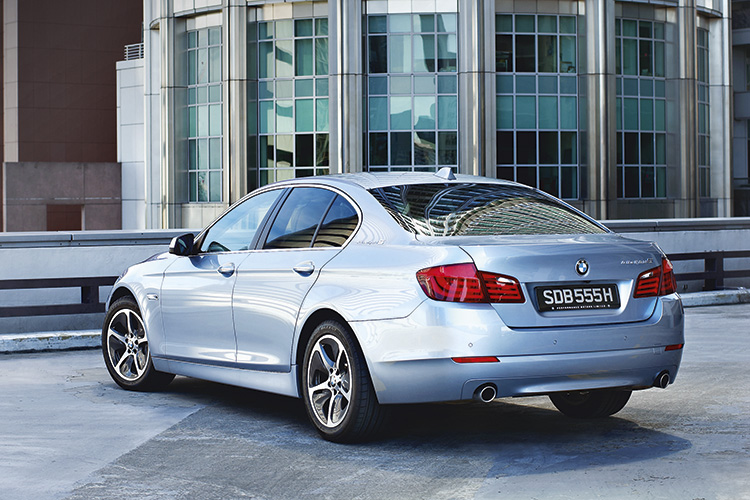