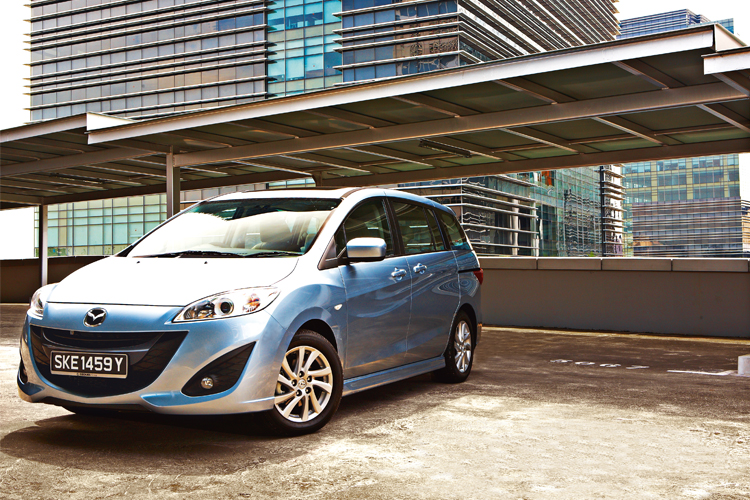 The Mazda 5 viewed from the front.

When Trans Eurokars officially introduced itself as Mazda’s new distributor earlier this year, it showed off two “refreshed” models – the 3 saloon and the mid-sized 5 MPV featured here.

The 5 was first launched in Singapore as the Premacy back in 1999. This latest incarnation is an updated version of the second-generation vehicle, following a pretty intensive facelift (as far as mid-life makeovers go). Placed side-by-side with its predecessor, you’d be hard-pressed to spot many similarities. 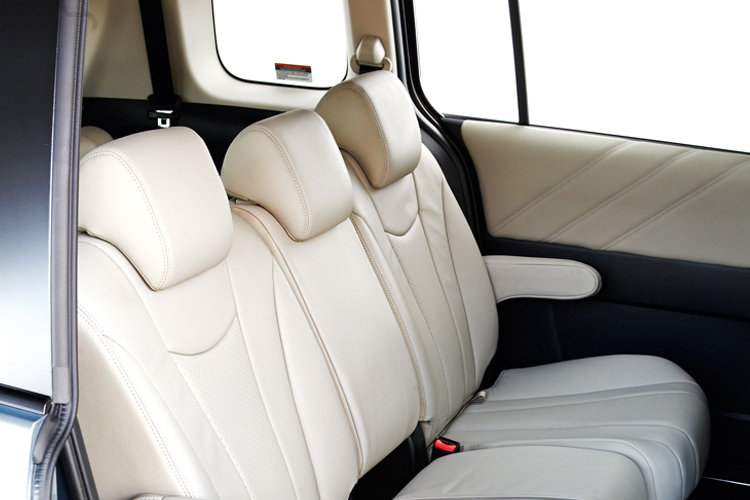 The second-row seats of the Mazda 5.

Exterior-wise, the new 5 has been crafted to be more faithful to the marque’s Nagare or “flow” design concept. The nose now has a broader, “smiley” grille similar to the one on the 3 and the 6 saloons.

The headlights are now sleeker, and the tall tail-lamps of its predecessor have been ditched for horizontal units. A nice addition to the rear is the black-coloured lower diffuser, which houses the rear foglights. Inspired by those found on sports cars, it is a nice touch and shows off the oval tailpipe beautifully. 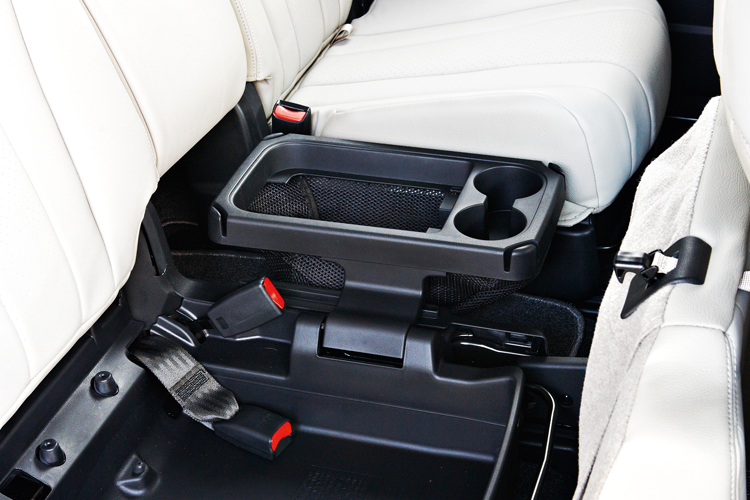 The Mazda 5’s centre row seats have more tricks up their sleeve than Harry Houdini.

However, one new design feature does not work at all – we’re talking about the curvy lines at the sides of the vehicle. Viewed in isolation or up close, they resemble waves. Look at them from afar, and these curvy protrusions do not blend with the car’s silhouette – in fact, they distract you from its overall form way more than anything.

Inside, nicer swoopy lines abound, represented by the stitching on the leather seats and certain elements of the dash. The latter is a completely new item and looks less angular (and more stylish) than the one in the previous 5. 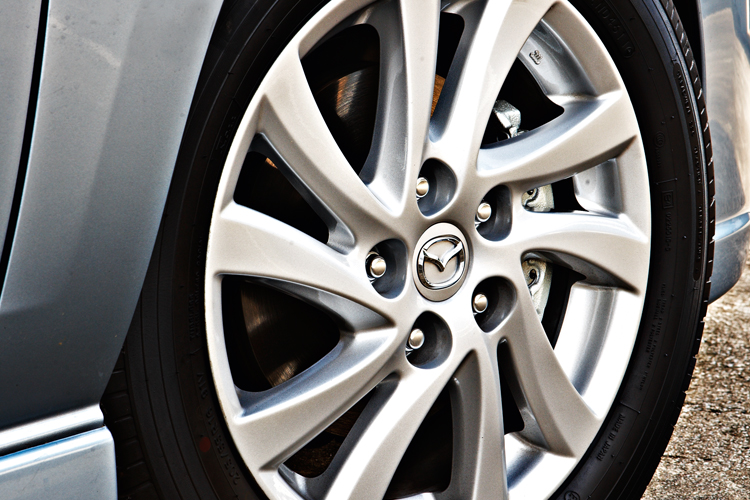 Unfortunately, it is made entirely of hard plastic which, although it feels tough and durable, doesn’t communicate a sense of quality. This is a shame as the cabin is styled nicely. Elsewhere, everything is status quo.

Entry and egress is excellent with the sliding rear doors, even in tight spaces. The 5 has the ability to seat seven, but six is the perfect load given its size and capability. There is space for two in the last row and the middle bench can seat three adults, but only if they are slim. 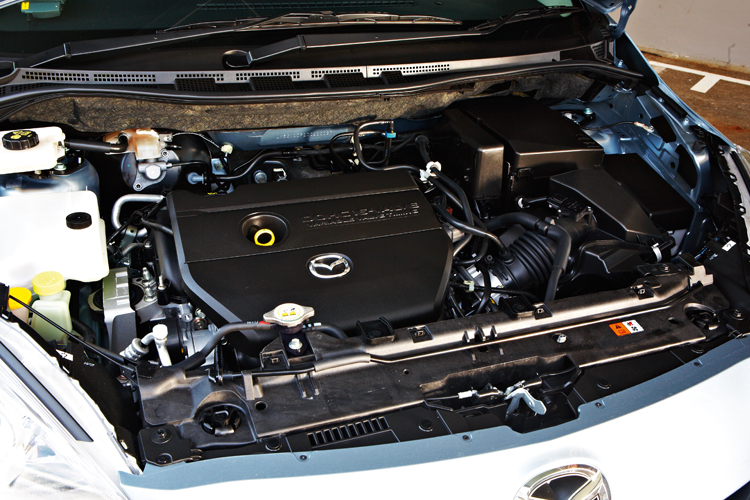 Ferry six people, and the seats in the centre row reveal a clever party trick. The centre squab can be stowed beneath the leftmost squab. Do that, and a tray (with two cupholders as well as a mesh storage bag) hidden under the rightmost squab can be flipped up and snapped into place. Or, you can leave the space blank to create a passageway to the third row.

The level of standard equipment in this 5 is on a par with, if not better than, its competitors. You can expect a six-speaker audio system with in-dash CD changer, aux-in socket, cruise control, sunroof, foldaway armrests (front and middle row) and climate control with rear blower. The last item even has two speeds to choose from – but if the stronger setting is chosen, the sound of the air rushing out is quite loud and annoying. 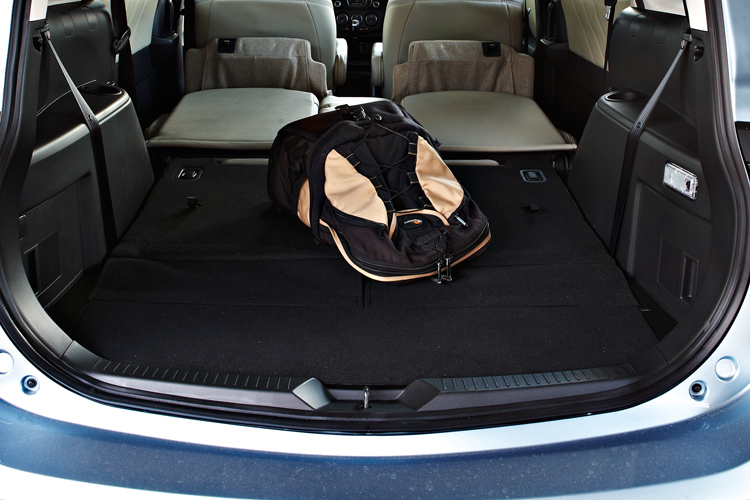 Fold down the Mazda 5’s second and third rows and you’ll free up space for a sofa set.

Powered by a 2-litre motor mated to a 5-speed auto gearbox, the 5 takes a leisurely 13.1 seconds for the century sprint. Don’t be too taken aback by this figure, however, as the car displays lively acceleration from rest and is capable of keeping up with lighter saloons and hatchbacks. Ride comfort is above average, and noise insulation levels are good. We were told that the car’s undercarriage was reworked to achieve this.

Owners of the Honda Stream or Toyota Wish looking for a new Japanese ride could do worse than consider the Mazda 5. It can move families of more than five individuals in its well-equipped and roomy cabin, and shows off decent road manners and a nice turn of pace when the need arises. Price-wise, it is also similar to its two aforementioned peers from the Land of the Rising Sun. 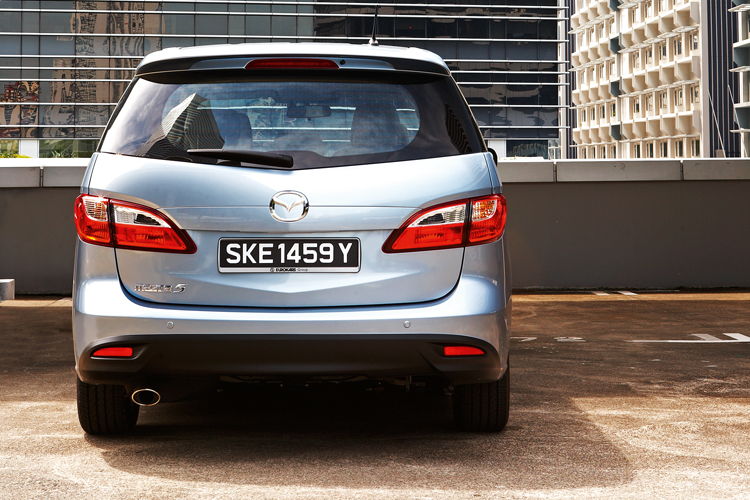 The Mazda 5 viewed from the rear.

The Mazda 5 is no longer available in Singapore, but Mazda does have a seven-seater SUV in the form of the Mazda CX-9

Mazda Biante is an MPV with a magic carpet ride