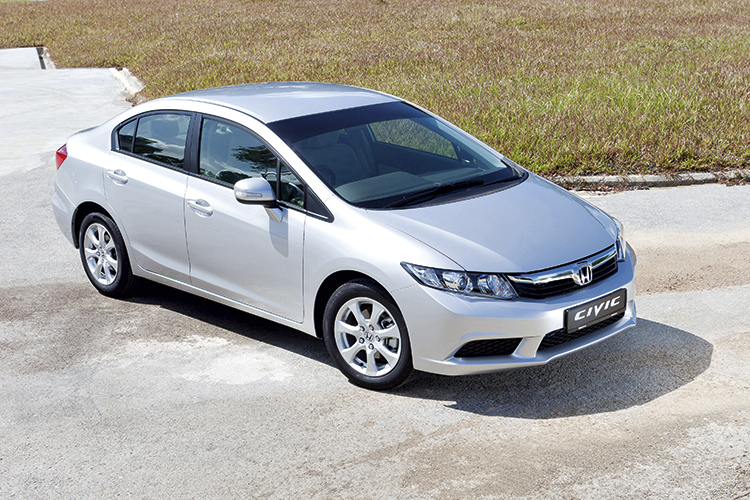 Making a quantum leap in a car’s ability and appeal has a downside – it will be difficult to repeat the feat with the next model change. In the case of Honda, the upgrade from seventh-generation ES Civic to eighth-generation FD Civic in 2007 was spectacular.

The styling went from stodgy to swoopy, the dimensions grew significantly, the cabin became avant-garde and the quality reached Legend levels. On the road, the FD Civic performs nicely, and it spawned a Type R sports saloon so fantastic that two regular Torque contributors bought one each (they are still driving and loving them). 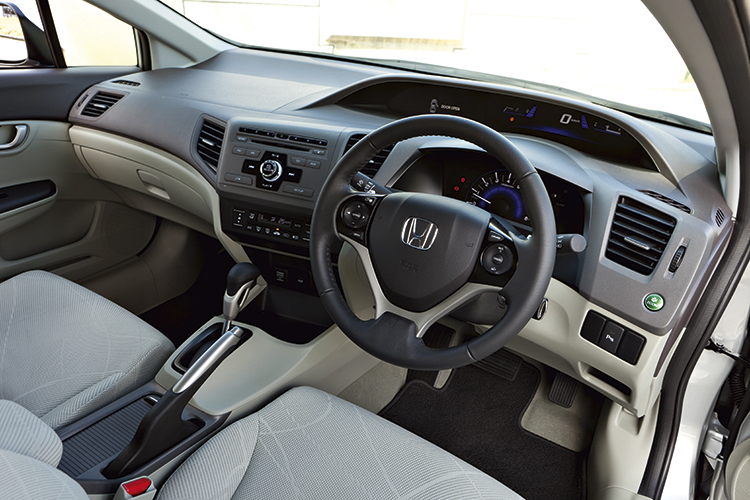 This latest ninth-generation Civic is no quantum leap over its predecessor, which remains impressive even after more than half a decade. If anything, the newcomer has stumbled – in its styling, to be exact. It looks like a City made sleeker and prettier. The new Civic has shrunk a bit, too, although its interior packaging has not suffered at all. There is also a credible 3.4 per cent reduction in body drag.

Inside the cabin, a little more space has been found for shoulders in the front and legs in the back, despite the unexpected 30mm reduction in wheelbase (from 2.7 metres). The boot doesn’t look bigger and a split-fold bench is no longer standard in the 1.6-litre Civic, which makes do with a less versatile one-piece affair. 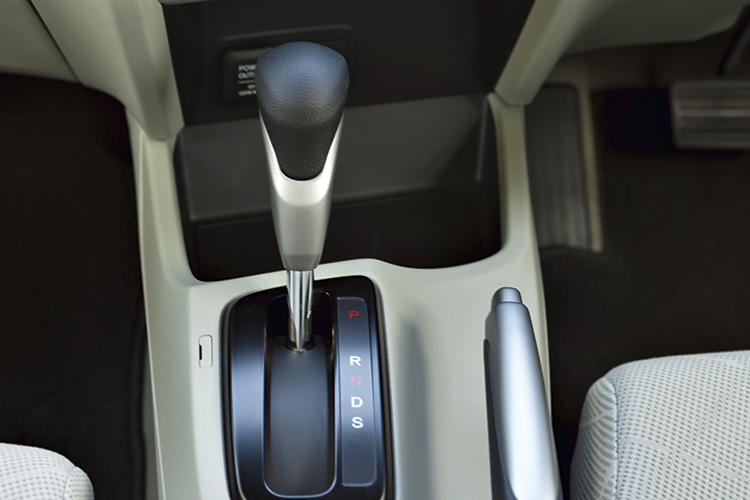 Another omission is the previous model’s funky blue fabric upholstery – now it’s an ordinary light beige, albeit with an attractive pattern.

The driving position is excellent, and outward visibility has been made even clearer thanks to the upsized side mirrors, thinner A-posts and larger glass panes at either edge of said pillars. Also, the right-side wiper (Honda has kept the same distinctive “inward-out” configuration for the windshield blades) isn’t such a distraction in the driver’s line of sight. The instrument meters have retained the original two-tier, “multiplex” layout.

Motorists will also appreciate the redesigned key (retractable and hence more pocketable than the old one) and the expansive dashboard’s newly added amenities, which include an integrated hi-fi head unit (a novelty for “classic” Civic owners), a power outlet and a USB port. 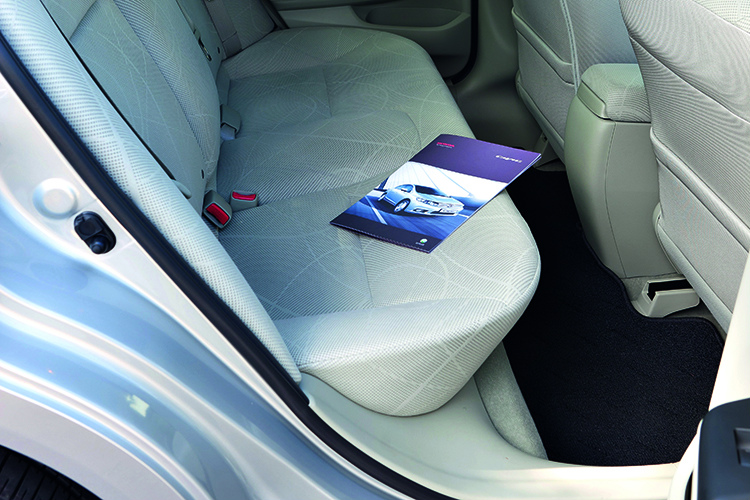 The Honda Civic’s wheelbase has been shortened, but legroom remains generous and there is now more space under the front seat to park your feet.

There are audio and cruise controls on the steering wheel. It is wrapped in grippy leather and compact in size, but the old design is nicer to behold – the same goes for the handbrake and transmission. The storage points have been reorganised, but there are no obvious gains in practicality.

More noticeable is the “simplified” make-up – the dash colours look less coherent now, most of the plastic surfaces feel cheaper than before, the thumbwheels that open/close the side air vents are terribly plasticky, and the glovebox lid now “bounces” when opened (it used to just drop open).

A useful new gadget is i-MID, which stands for intelligent multi-information display. This 5-inch screen, sitting beside the digital speedometer, offers user-friendly sub-menus for the trip computer, vehicle settings and display setup. You can even save a favourite JPEG as the wallpaper. The device also helps with reverse parking manoeuvres, and its language capability extends to Japanese text (a “Tokyo” iTune from your iPod, for instance). If only the i-MID included a custom function to turn off the irritating button beeps. Another fresh feature in the new Civic is a prominent “Econ” switch, shared with the Insight hybrid. It puts the throttle, climate control and gearbox into economy mode, saving petrol at the expense of driving response and Arctic-like air-conditioning. One more green initiative is Eco Assist, which employs “coaching bars” that flank the speedo like airport runways – their colour changes between blue, turquoise and green, depending on how heavy your right foot is on the go pedal (green colour is “best”).

That pedal, by the way, is no longer a “continental” floor-hinged affair, having reverted to a simpler (and more cost-effective) format. The accelerator is linked to a SOHC 1.6-litre, 125bhp 4-cylinder, essentially carried over from the earlier car. 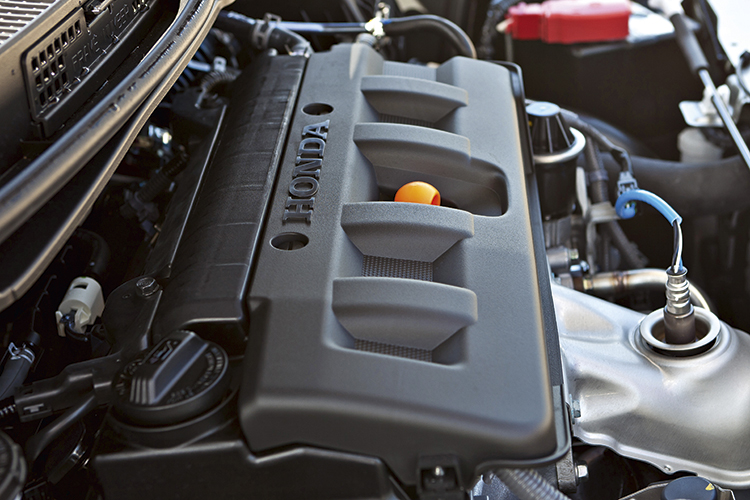 Honda Civic’s base engine is said to be quieter and more efficient, but 125hp output is unchanged and autobox is still a 5-speeder.

Six years ago, such an output was competitive, but these days, with the Hyundai Elantra touting over 130bhp and a 6-speed auto, this Jap engine may be too entry-level. However, it continues to have a modern 5-speed automatic, now with smoother shifts and a pair of steering paddles (more like tabs, actually). 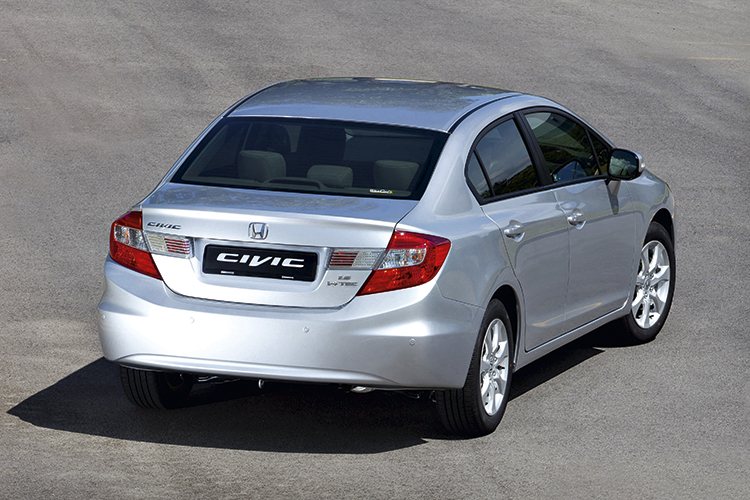 On the move, the Civic rides more softly now, but this applies to the suspension rather than the sound dampening. Over rough patches of tarmac, it may even be marginally noisier than the outgoing 1.6 Civic, which has the same-sized footwear. 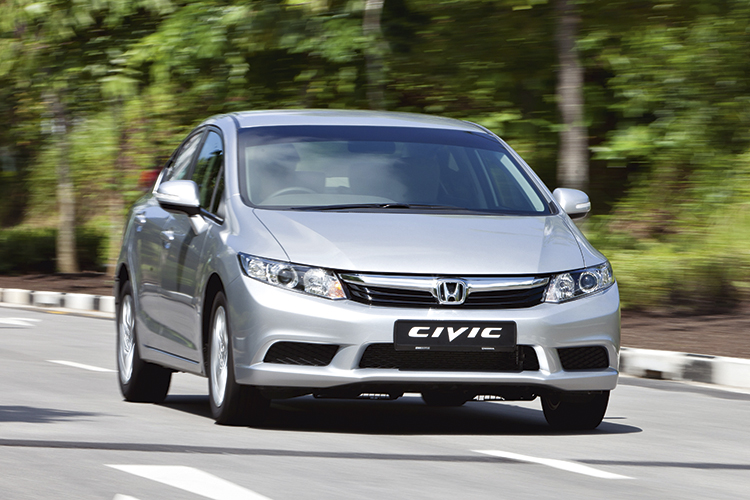 The ride is gentler than before but not any quieter, while the overall handling is more linear.

In corners, the chassis is as capable as ever, obeying the driver’s every command and maintaining a positive attitude throughout. With over three turns lock-to-lock, compared to less than 2.7 previously, the electric steering is slower but also more progressive, while its accuracy is hard to fault. As for the acceleration, it is adequate for Singapore.

In a nutshell, Honda’s new Civic is good enough for everyday motoring, but the old Civic was great. 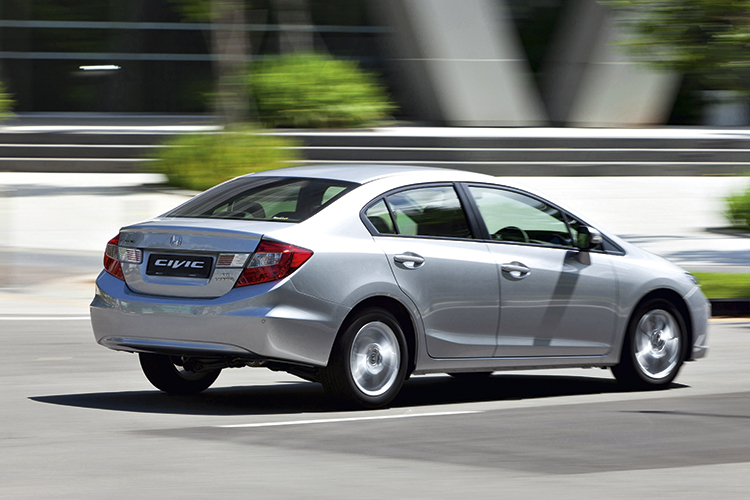 The ninth-generation Honda Civic is the most conservative redesign yet.

Check out the 2018 Honda Civic