Alpine A110: The best sports car you can buy in Singapore today? | Torque
Loading posts... At this moment in 2019, the Alpine A110 is, in all likelihood, the best little sports car you can acquire in Singapore.

Yes, you read that right. And no, I am not exaggerating.

Before we continue, you might be wondering what brand Alpine is and where it came from.

Alpine is a French carmaker that specialised in manufacturing sports cars and racecars.

Throughout their history, they had a close association with Renault, which acquired them more than 40 years ago. 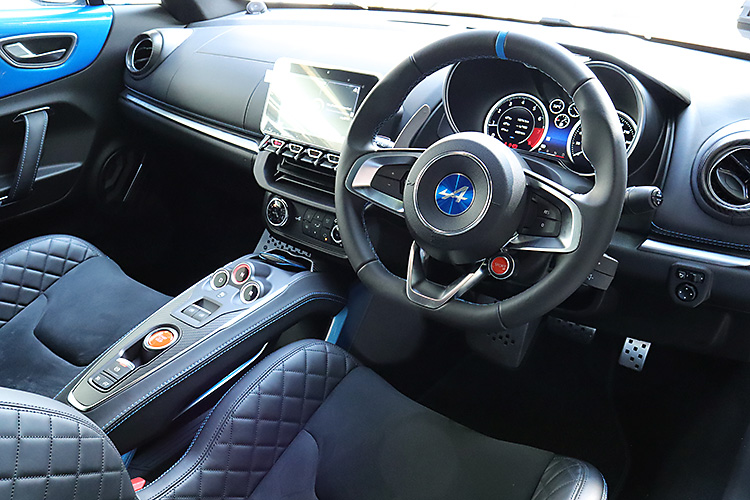 History lesson over. Let’s go back to the present-day.

The Alpine A110 is a sports car like no other.

What makes a sports car awesome?

This is a question that will cause arguments (and perhaps the end of a few friendships) among petrolheads.

All will opine that the car must evoke strong emotions. 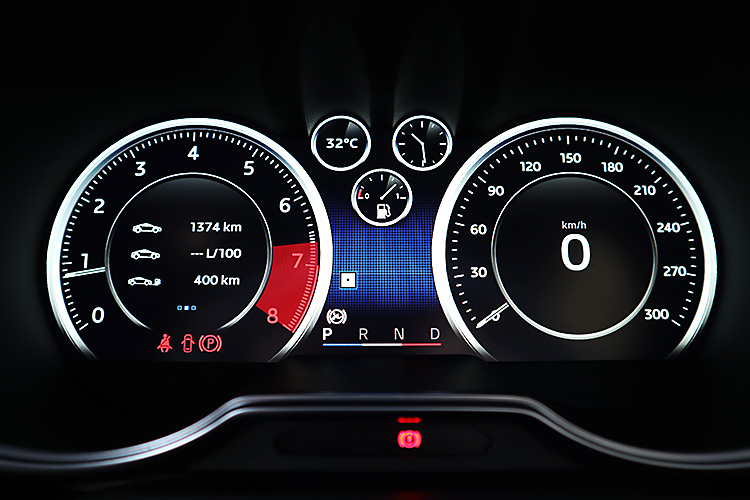 Some will say that it must have a powerful engine, manual gearbox and rear-wheel-drive.

Others will shout about the car needing to be lightweight and responsive. You will hear purists insisting that the motor must be naturally aspirated.

Then the powerplant argument will ensue, with people fighting over the “best” engine. Flat-6, V8, V6, inline-6, V12, V10… the debate will go on forever.

There is merit to all of these answers and opinions. 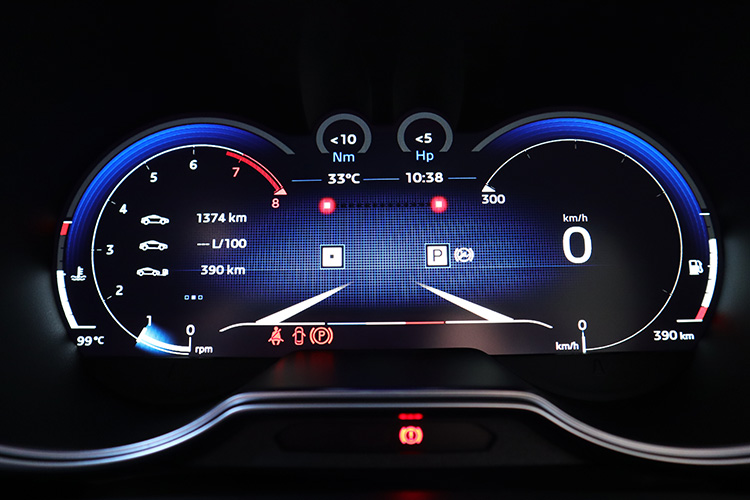 A110’s display switches to this “sportier” screen when Sport mode is selected.

So what makes the Alpine A110 awesome?

Short answer: It has almost all the traits that one would desire in a sports car.

It has a mid-engine, rear-wheel-drive layout.

It has road presence despite its diminutive size (overall length is just 4.18 metres). 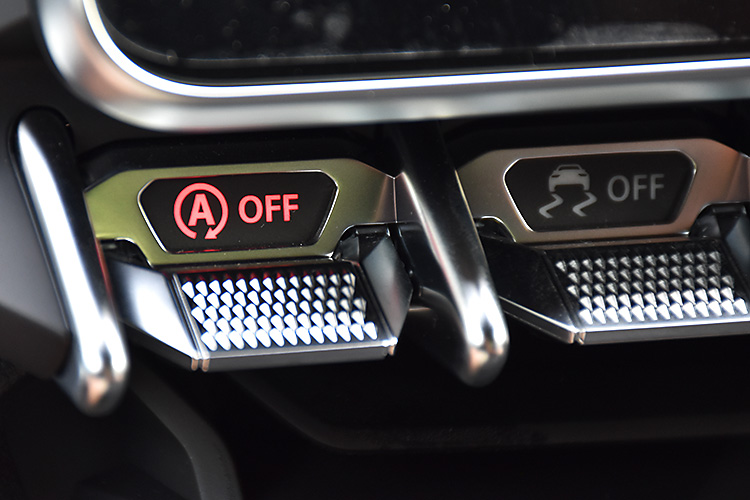 The Alpine A110’s cockpit is an enthusiast’s dream, too. It features a pair of Sabelt bucket seats (which weigh 14kg each), a wonderful driving position and a small-diameter steering wheel.

I love the toggle switches (despite being plastic) that switch on/off the stop-start function and unlock the doors.

For the tech-savvy petrolhead, the Alpine A110 performance menu (I’m just going to refer to it as such) has nine pages.

That’s nine different pages filled with graphs, bars and all sorts of displays.

From power and torque to steering angles and a lap timer, it should silence the pretentious driver who keeps yakking about his need for telemetry.

Seriously, the Alpine A110 is not a car for these folks. It is a car that wants to be driven, and it will reward the true enthusiast.

Power-hungry drivers might sniff at the Alpine A110’s paper figures.

The Sport button is the fun button.

However, the A110 boasts a fantastic power-to-weight ratio of 230.3hp per tonne.

Ahh yes. The key to the Alpine A110’s awesomeness is its incredibly light kerb weight of just 1094kg. 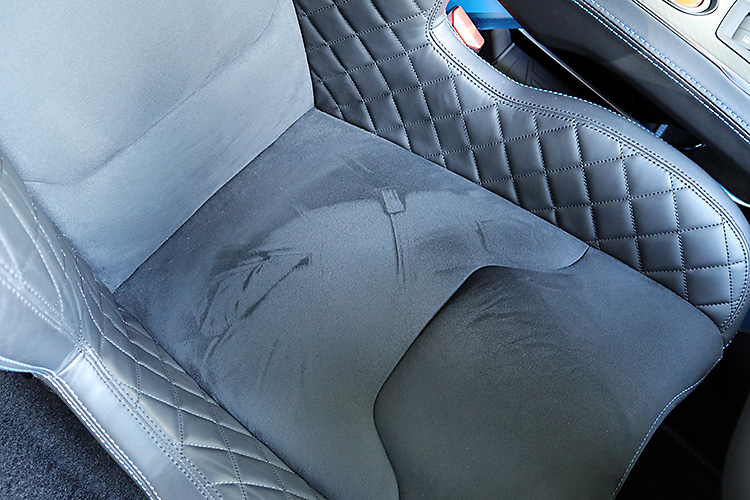 Alcantara-trimmed bucket seats cause you to leave butt-prints, as this writer did.

Zero to 100km/h is accomplished in 4.5 seconds, which is 0.4 of a second quicker than a more expensive Porsche 718 Cayman.

Even if said Cayman was specified with the optional Sport Chrono Package, its century sprint time of 4.7 seconds is still behind that of the A110.

A mere squeeze of the throttle pedal is enough to send this little coupe rocketing towards the horizon. 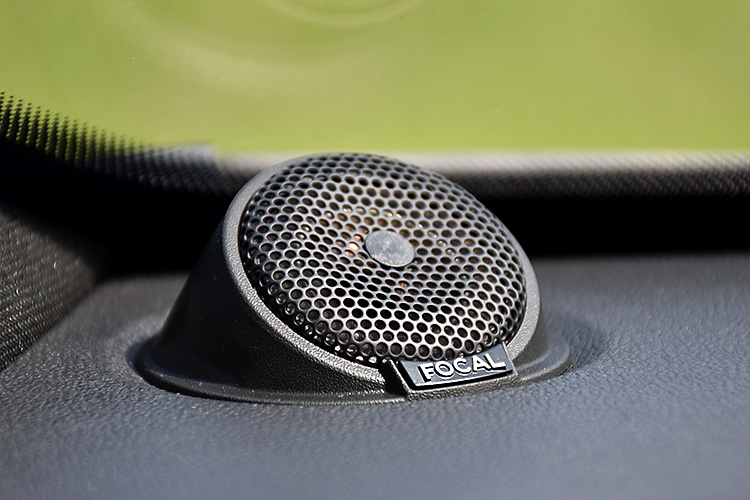 Focal audio system sounds good, but not as good as the engine behind you.

Smoking everyone else as you confidently merge onto an expressway has never been more fun.

Even point-and-squirt manoeuvres in traffic become a lot of fun.

And speaking of traffic, the Alpine A110 is relatively happy to sit and crawl in traffic.

Because it’s not overly powerful, you don’t feel that sense of deep frustration that comes with driving cars that have 400hp, 500hp or 700hp. 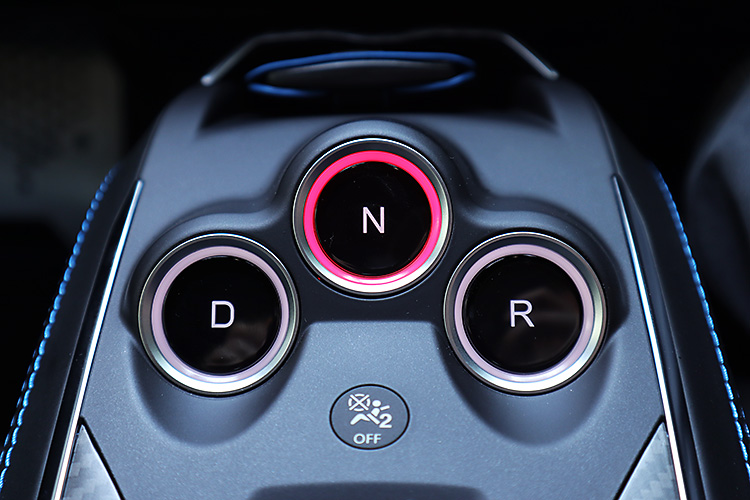 If you feel like the 7-speed dual-clutch gearbox isn’t exactly meeting your demands, there’s a pair of paddle shifters, which are a lot more fun to use.

Pressing “Sport” turns on the charm.

The Sport button opens a flap in the Alpine A110’s exhaust and makes it louder, the electric power steering weights up a bit and the drivetrain becomes more responsive.

What cannot be controlled are the dampers. But you don’t need to. They are nicely tuned.

Pliant enough for everyday commutes, but firm enough to control the ride. 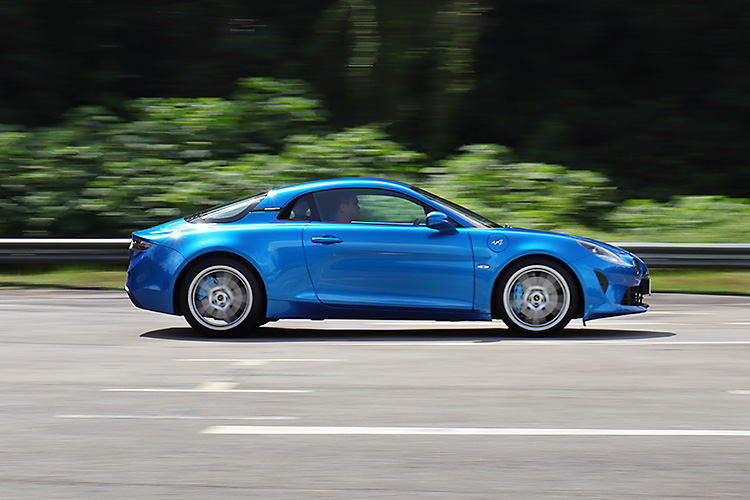 Anyone who insists on something harder should just buy another car.

The French ballerina dances in corners!

The A110’s light weight, rorty drivetrain and well-sorted suspension make this a ballerina on wheels.

Taut, muscular, yet agile and surefooted. It is really hard to describe how surefooted the Alpine A110 feels.

It does feel like you’re “wearing” the car and not driving it or riding it.

No “horse and rider are one” descriptions here.

Despite the grip it exerts, the A110 is prone to skipping over the road if it hits a bump while you push it hard.

I also didn’t like how the traction control system could be aggressive.

In one instance, as I accelerated out of the KPE tunnel and onto the ECP, the Alpine A110 did not put down any power, despite my progressive input.

Instead, all I saw was the traction control light blinking with machine gun-like rapidity. Perhaps I was too aggressive. 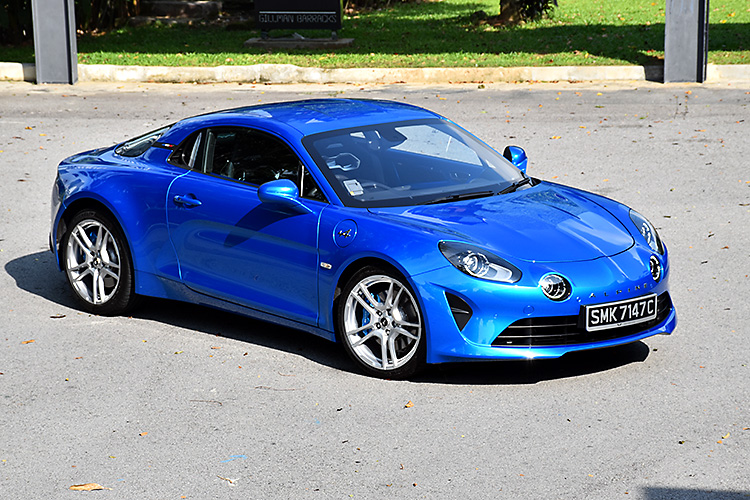 I also took issue with what I felt was the lack of steering weight. The Alpine A110’s steering is a bit too light.

Then there’s the fact that the A110 is a car to be driven when you’re already at a destination filled with country lanes, hilly roads and mountain passes.

It is not a car you want to drive 150km across highways, only to tackle 50km worth of aforementioned driving roads.

There are few creature comforts in the Alpine A110. The lack of door bins, for instance, is actually irritating.

But just as I was ready to be annoyed, I was delighted again. 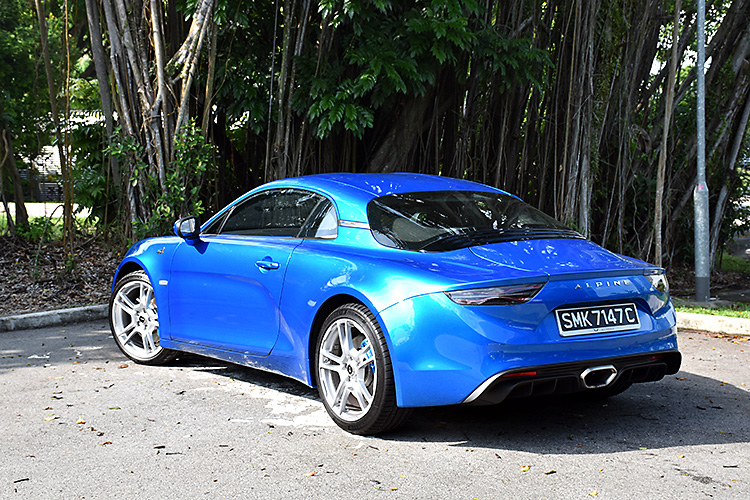 Alpine A110 “speaks” many languages…

Despite its flaws, one of the car’s strong points is its communicative chassis.

The car constantly “talks” to you through its steering and suspension. You don’t need those nine screens, really.

And the car’s feedback is easy to understand.

Apparently, despite being French, this ballerina is something of a linguist, for she speaks the languages that enthusiasts understand.