Audi A1 is a premium supermini that scores an A1 for style and quality
Loading posts...
0 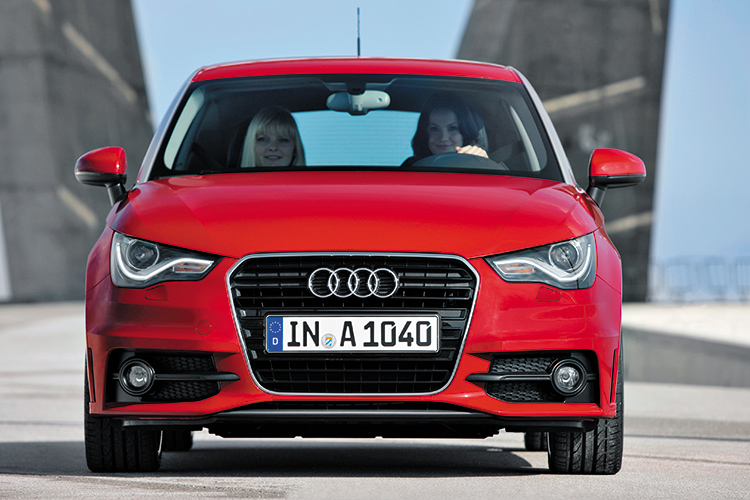 When you fail the first time, don’t get up. Wait for everyone to catch up, then try again.

Audi certainly got burnt more than a decade ago when it made the A2. This was a truly novel car, no less innovative than the Mercedes-Benz A-Class with its sandwich floor platform.

While the Baby Benz trudged along despite suffering the humiliation and additional development costs of tripping over a moose’s hoof (in the process making the Elk Test infamous), the A2 fell with its buff nose on the sales floor.

Its cool and sophisticated styling may be appealing, but customers weren’t ready to pay the premium price that came with its aluminium space frame construction, something it shared with the flagship A8 of that time. 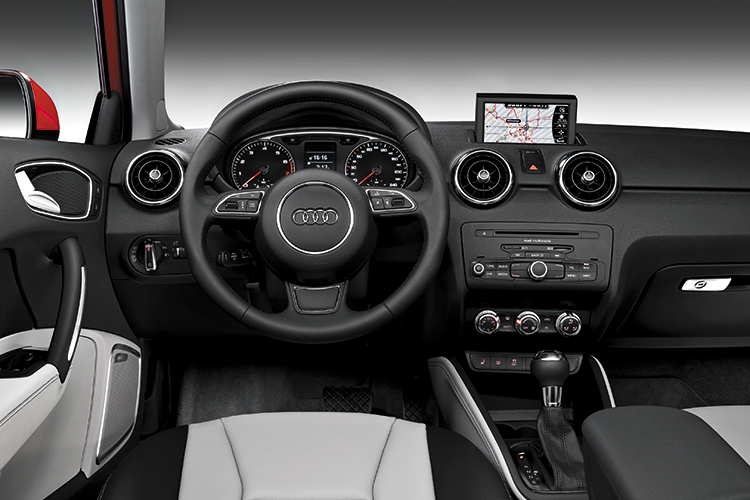 The A2 remains the only car in its class to ever feature the technology.

Since the A2 was retired, the world has changed. BMW had modernised and revived the MINI brand, in the process breaking the belief that “small” must mean “cheap”.

Audi has also been elevating its status, displaying a brash new mojo that contrasts with its earlier preference for quiet confidence that could be mistaken for over-conservatism.

This, then, is the backdrop for Audi to restart its premium small car initiative with the Audi A1. 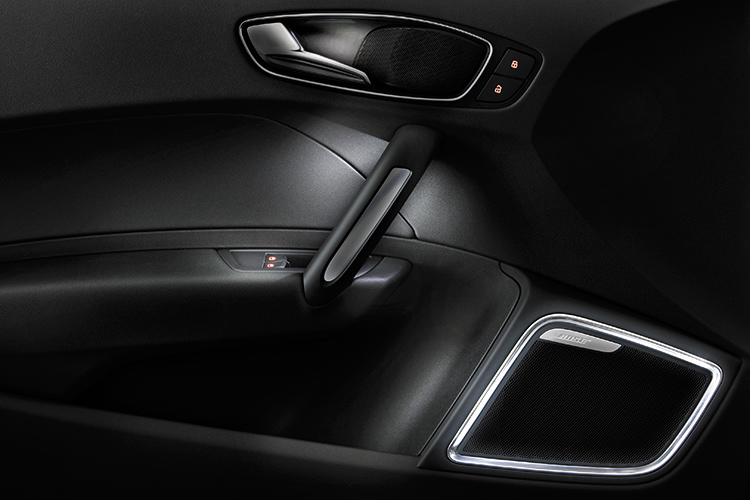 The Audi A1 is dripping with nice bits (such as an available Bose audio system) that make its bigger siblings cool.

Adopting the basic architecture of the VW Polo and the equivalent Seat and Skoda models may have helped manage development costs, but the A2 is still one expensive creature to put together.

As styling exercises go, it would seem that the bean counters have lost the battle to the designers, who obviously thought that they were working on a bigger (read: bigger budget) car, implementing expensive ideas.

The bonnet, for example, has a clamshell design (it extends onto the plane where the fenders are) to hide the shut line as part of the car’s waistline and minimise the visual clutter.

It hints of the TT, which is a nice association to play up, while also creating a clear demarcation to allow the pillars to be painted in that distinctive contrasting colour. 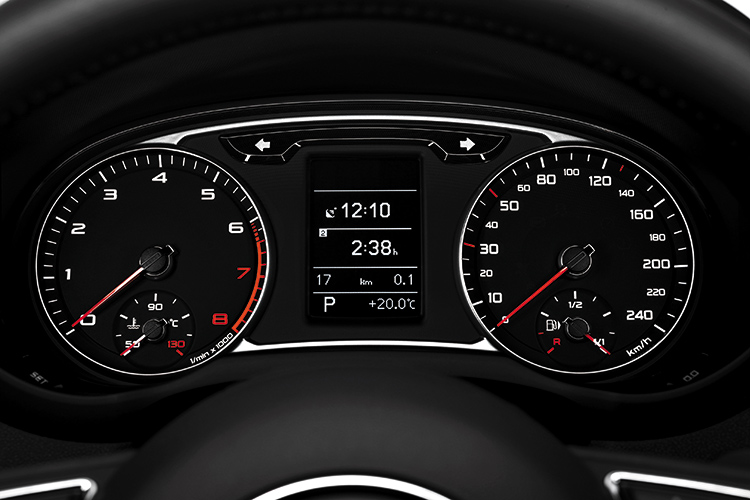 Upmarket impression extends to the detailing and finishing of the A1’s instrument cluster.

The rear is no less complex to execute, with the hatch stretching the entire width. The rationale for this is purely design-driven.

The project leader, Dany Garand, tells Torque that it was necessary just so that the tail-lamps can have a single uninterrupted line of LED, something that was not possible if the rear cluster was broken into separated parts.

He also went at length explaining the A2’s silhouette, with its sloping rear windscreen and the unusual stump at the end of it.

“It can’t be mistaken for a smaller A3 hatchback. It’s more like a coupe”. 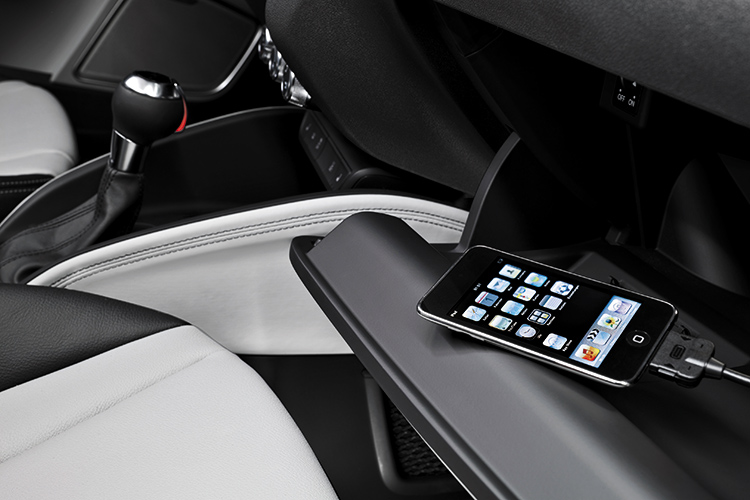 It’s borderline pedantic and almost certainly obsessive, but Garand, who worked on the Q7 and the previous A8, certainly has a point.

There’s more evidence of this fanatical attention to detail in the cabin. Soft-touch materials cladding the dashboard and door cards are probably in sync with the brand image, if not quite so common for a car this size.

The climate control dials have the same assuring weight and texture as those in the R8 and TT, while the option to colour-code the sides of the transmission tunnel is another cue the littlest Audi has borrowed from the bigger members of the household.

Although the car is branded as a “large” little car, and it does have a pretty generous wheelbase, the tapered rear panels and roof compromise head and shoulder room. 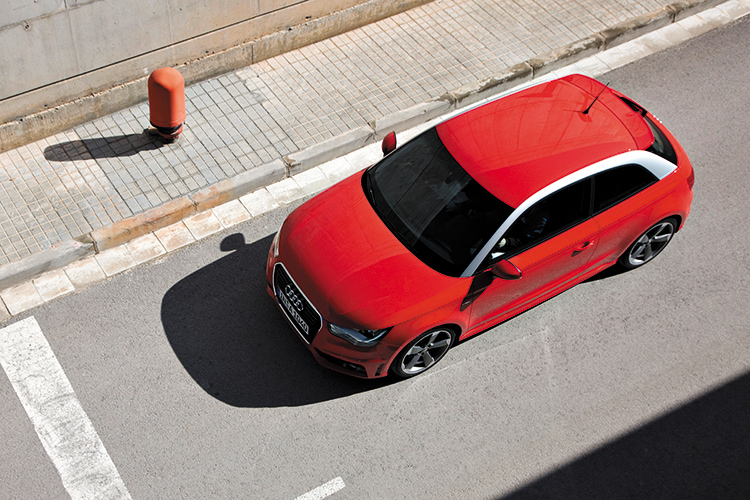 The target audience of the Audi A1 supposedly isn’t so likely to be concerned with fetching more than one passenger.

Just ask the fashionable people zipping around in their MINIs.

If the cabin styling bears hints of Audi’s sports cars, the electronic gizmos come straight from the top of the Audi tree, the A8 (due in Singapore later this year). 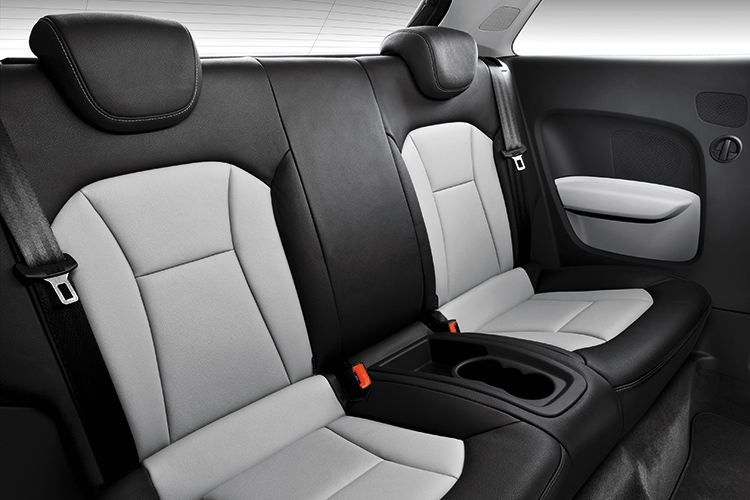 Legroom is sufficient in the back of the Audi A1, but tapered windows eat into the shoulder space.

As with the limousine, the system will be open to updates during its service life, much like a smartphone downloading new apps.

Google Earth is expected to come online in the coming months, hopefully before the Audi A1 debuts here early next year.

The enhanced navigation certainly aligns well with the Audi A1 and its mission as a chic city car.

Despite the test car’s aggressive footwear (215/40 R17 Goodyears), the ride is still good, with a more gentle damping than the MINI. 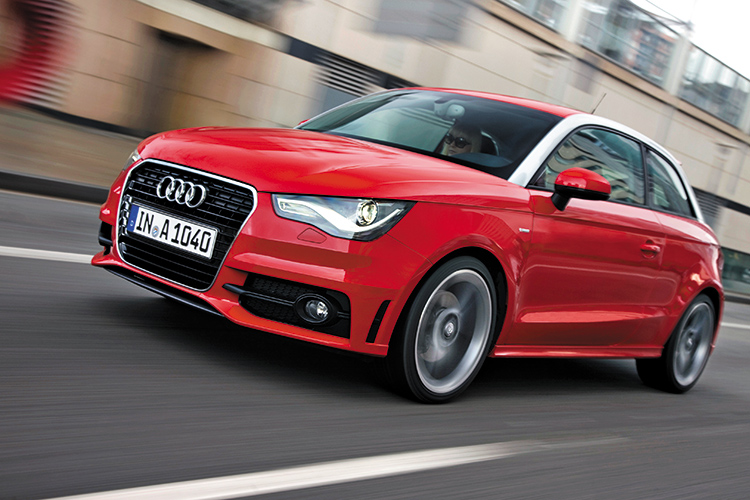 The steering is light and quick enough to exploit the scantiest gap that appears in traffic, and the 1.4-litre engine with the 7-speed dual-clutch gearbox is just as responsive.

It isn’t just about fun games and zipping between trucks, though. To minimise carbon emissions and consumption, the Audi A1 is equipped with brakes that charge the batteries as they slow the car down and auto stop/start (the engine “dies” at the lights, but the air-con still runs).

This is only the second car with dual-clutch gearbox to feature the technology, with the first being the vastly more expensive and bigger Porsche Panamera.

When the going gets winding and fast, the Audi A1 seems similarly capable at responding to inputs. 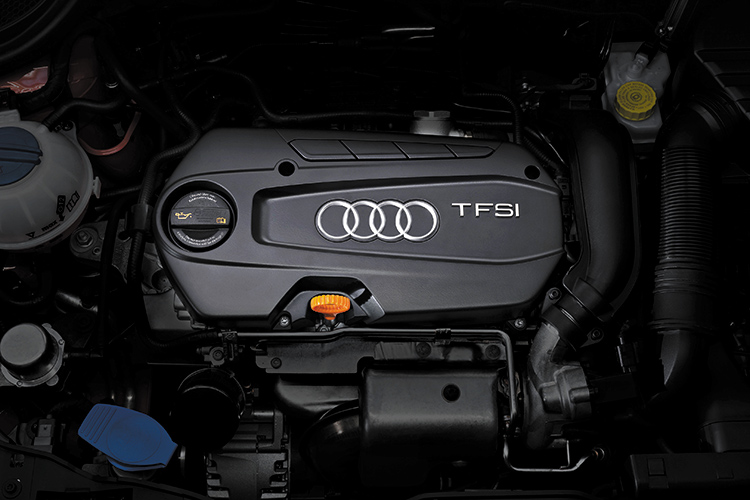 Handling is precise and grip in and out of corners is abundant, thanks to the wide tyres and the electronic limited slip differential, making the most out of every single “horse” on tap.

In its current state of tune, the Audi A1 certainly feels better sorted than the Alfa Romeo Mito (if not quite as powerful), but still a shade behind the MINI Cooper in terms of driver involvement and detail in the feedback coming from the controls.

It’s a tiny and worthwhile trade-off for a car at this level.

If the rumours of a stonking RS1 come true, we’d be setting our expectations higher on the dynamic front. 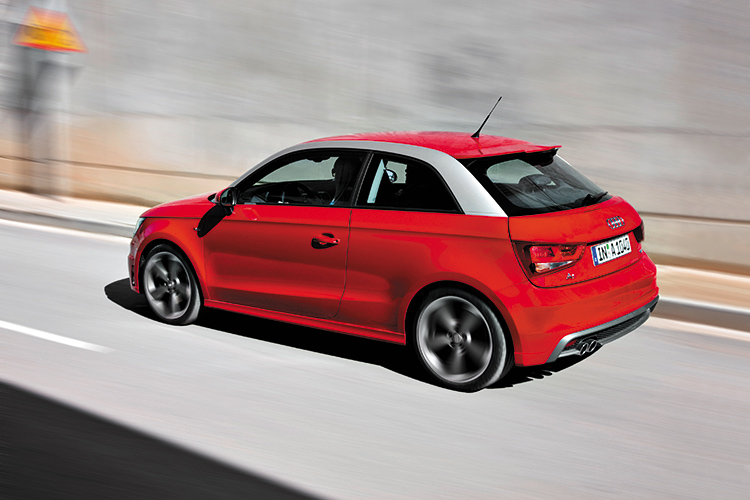 Audi has turned to its A8 for ideas to equip the little Audi A1.