Audi A1 Sportback proves that its three-door sibling is enough | Torque
Loading posts...
0 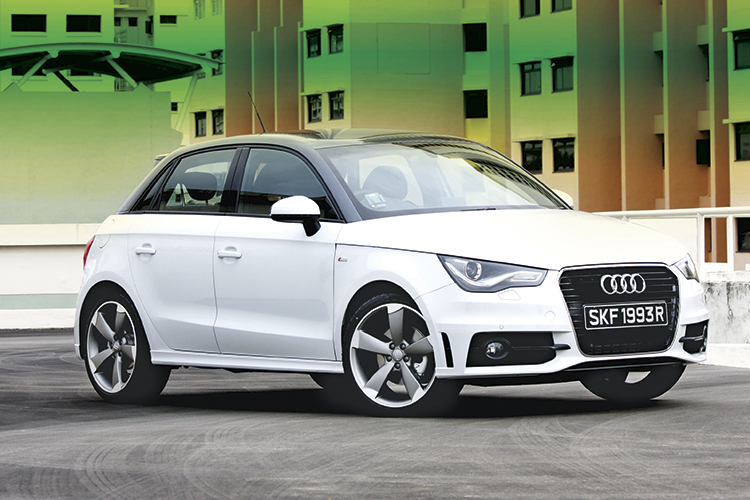 On paper, the concept appears fine – add two extra doors, then make the car a little taller and wider (by 6mm both ways), and the roof 80mm longer. But in reality, space-wise, the new A1 Sportback isn’t a great improvement over the three-door A1.

The extra points of entry and egress do make it easier for rear passengers to climb in and out of the car. Inside, however, is just enough room for two adults (like in the A1). Add another, and the phrase “packed like sardines” springs to mind.

Like the A1, the A1 Sportback comes in two versions, both with 1.4-litre 4-cylinder engines. The subject of our test is the variant with a turbo-supercharged motor that makes 185bhp and 250Nm.

Mated to a 7-speed dual-clutch gearbox, this is one zippy hatch. As maximum torque is available from just 2000rpm, the century sprint is achieved in 7 seconds. However, the “tinny” sound audible at mid to higher engine revs is rather uninspiring.

The car is shod with two-tone 18-inch wheels (named Rotor) similar to those on Audi’s S and RS models, and 225mm wide tyres. The ride is stiff, and the tyres also let out a sort of a “roar” on less-than-perfect surfaces when coasting to a halt. (Mind you, this sound might become louder as they wear out with time.)

But keen drivers will have no issues with this – there’s oodles of grip, and the uprated S line sports suspension ensures the car tracks true on all roads. Cross the limits of adhesion and understeer will set in, but a lift of the throttle quells this.

Another area in which the A1 Sportback shines is in the looks department. Our test car features the optional exterior paint finish, with a contrasting colour for the roof and pillars. With “xenon plus” headlights,

Music lovers will appreciate the Audi Music Interface package, which employs quality Bose speakers. Also worth mentioning are the fold-out 6.5-inch monitor (located prominently at the top of the dash and displaying useful information) and the two-tone leather upholstery of the seats and door panels, which is matched to the dash panels and the air vents’ surrounds.

The Audi A1 Sportback 185 ticks most of the right boxes if you’re after a great-looking hatchback with the show to match the go, but it’s hard to justify paying almost $4,000 more than for the A1, which is essentially similar except for the slight differences in dimensions. We say, “stop at two”.

Audi A1 Quattro is a little German pocket rocket