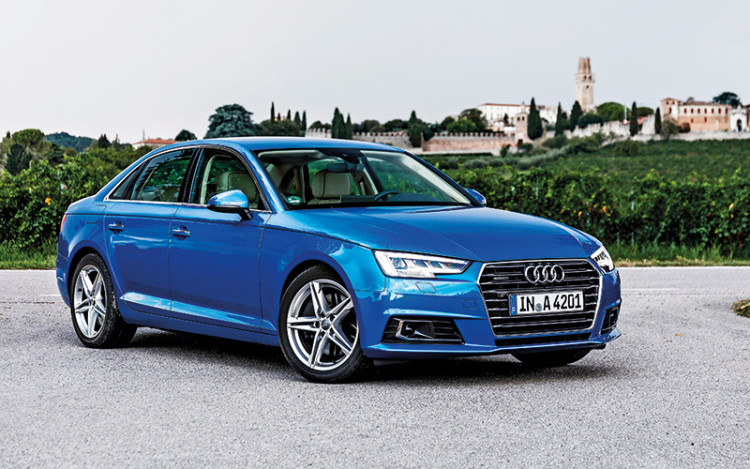 Press drives are typically very smooth events. Brand representatives will greet journalists at the airport and chauffeur them to their (usually swanky) destination, where a fleet of shiny test cars awaits. There will be technical experts on hand to explain the latest features and answer any queries.

This particular media drive, however, was a bumpy one.

When we arrived in Venice, we waited 30 minutes to disembark, and 40 more for our luggage to arrive. To give us more drive time, the typically long and thorough product presentation was cut short.

Although unlikely, perhaps the event was executed in a rough manner to create contrast between it and the new Audi A4, whose character is smooth and refined.

My test car was the turbocharged 1.4-litre variant paired to a 6-speed manual gearbox. When this variant reaches Singapore, it will be the entry-level model in the A4 range and be equipped with the S tronic 7-speed dual-clutch transmission. 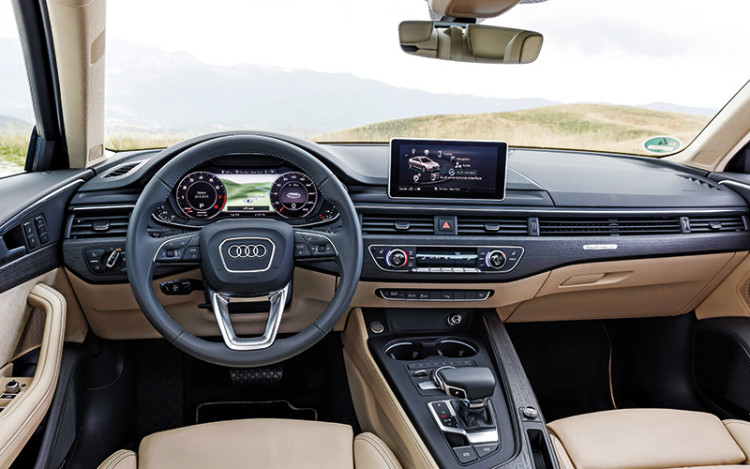 Settle into the A4, however, and you’ll find there’s nothing basic about it.

Audis are known for their solid interiors, and the A4’s build quality reflects this. There are plenty of soft-touch materials, and the gaps between the dashboard and door panels are nice and flush.

The test vehicle was equipped with the virtual cockpit, the brand’s all-digital instrument panel that displays the speedometer and tachometer, along with relevant driving information.

The amount of data presented to the driver can be bewildering at first, but after a while, I found the virtual cockpit useful for navigation.

There’s a big map to refer to, plus two smaller displays that showed the exact road I was on and approximated how far away the next turn was. 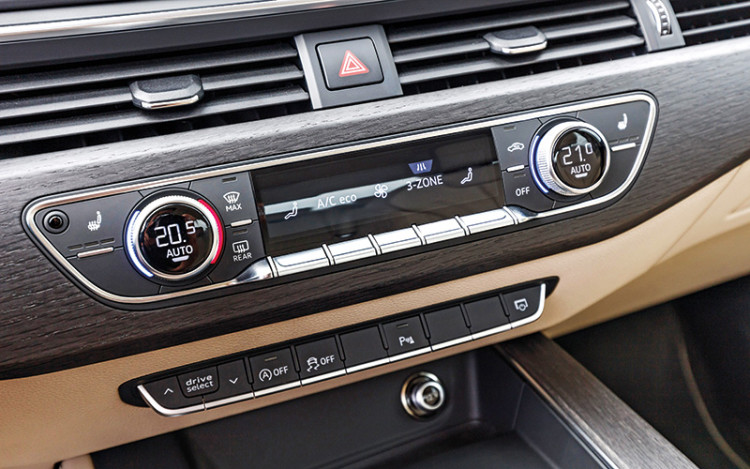 Even cooler are the climate controls for the three-zone air-conditioning system.

Rather than having more buttons to figure out, said system has unmarked rocker switches that when touched, display the options for that particular switch on the control screen. The system is not only neat but intuitive as well.

Thanks to its 12mm longer wheelbase, backseat passengers now have more room to stretch out. But while legroom has increased, headroom is tight for anyone taller than 1.75m. Foot space is also at a premium – unless the front passengers can be convinced to raise their seat heights.

Very convincing, on the other hand, is the aforementioned turbo 1.4-litre engine. Despite having “only” 150bhp, the motor did not struggle – even with three adults on board. 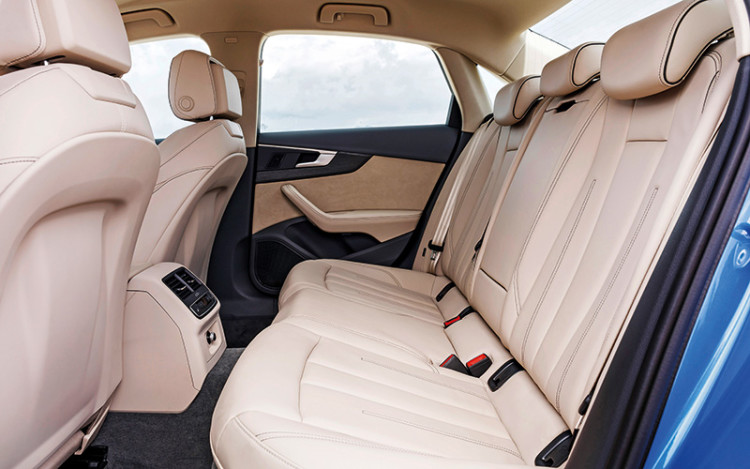 The powerplant feels capable because of the 250Nm it produces from just 1500rpm. The other reason is that the latest A4 saloon is 110kg lighter than its predecessor.

Apart from the body, engineers have managed to reduce the weight of components such as the electrical system, suspension and steering.

Even the manual gearbox in the latest A4 is 16kg lighter than the one in the previous car, as the unit’s housing is partially made from magnesium.

It was easy to get the A4 up to highway speeds, despite having to row through the 6-speed manual. Both the clutch and gearshift action are light, and the latter, while notchy, is still precise.

The turbocharged 1.4-litre also has good midrange performance – downshift from fifth to third and it feels punchy as I accelerate from 80km/h to 100km/h.

The engine, however, is short on top-end power – it feels flat when revved past 5000rpm.

Luckily, I did not have to drive this car on a German autobahn. Anyway, the entry-level A4 should be more than adequate for the driving conditions back in Singapore, where speed limits are relatively low.

The A4 handles corners in a tidy manner. Turn-in is sharper than before, and the new electric power steering, while offering little feedback, is also more accurate. 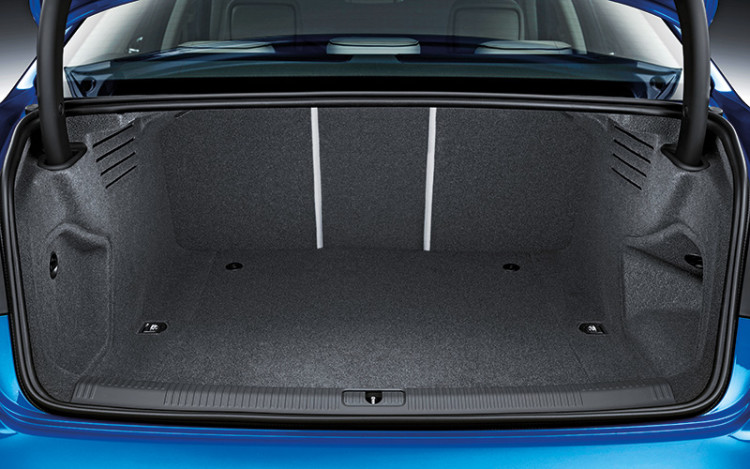 And thanks to the stiffer body and more forgiving dampers, going over poorer surfaces doesn’t upset the ride as much as it did in the previous model.

Enthusiasts might be disappointed, but they should note that Audi never said this would be a sporty saloon.

Instead, the carmaker promised that the A4 would offer the refinement of a bigger car in a more compact package. And refined this saloon is. 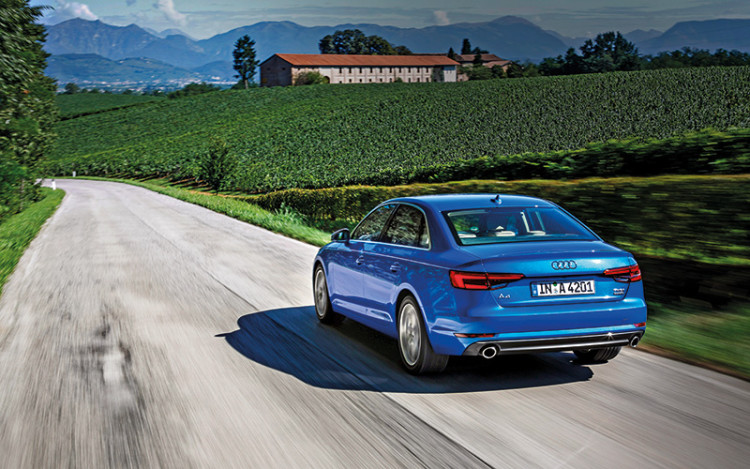