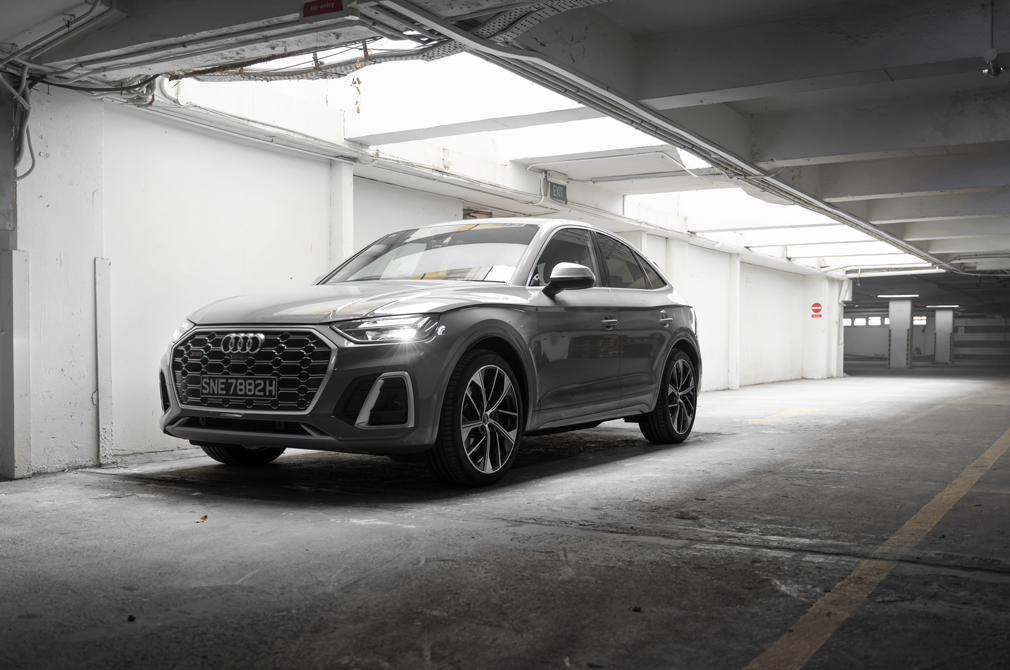 The idea of a grand tourer has always resonated with me. I’ve always liked a car that has the legs to cover long distances with ease, while offering generous occupant comfort.

At the same time, it must also have the capability to cater to spirited driving when the situation or the driver calls for it.

Grand tourers come in various forms. At Bentley, for instance, their example is the aptly named Continental GT. Mercedes-Benz has the CLS, BMW has the 8 Series Gran Coupe, and Audi has the A5 and A7 Sportback models.

But let’s be honest – a grand tourer in coupe, sedan or fastback form doesn’t have the same appeal to the majority of consumers that an SUV does.

This is probably where a model like the SQ5 comes in. From afar, it resembles a sportier-looking Q5.

Walk around it and you’ll note how the roofline, rather than being straight, slopes towards the rear. The windscreen here is steeply raked instead of vertical. That’s why the SQ5 has a Sportback designation. 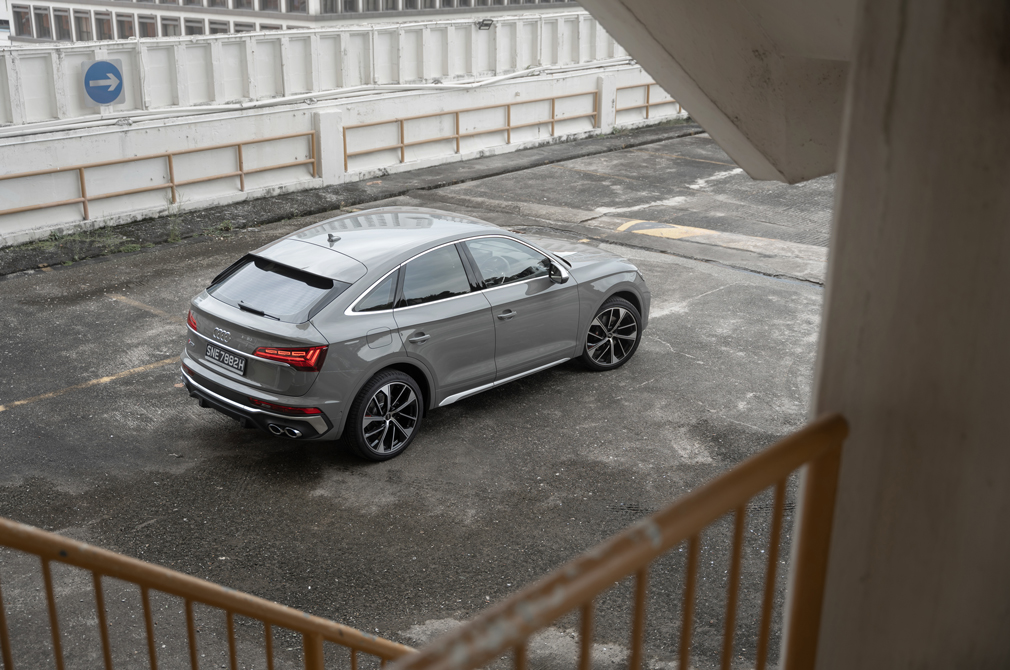 Here is also where things can become confusing for consumers. The SQ5 is an SUV, but carmakers like to come up with snazzy terms such as “Sportback” and “coupe-SUV”, which makes buyers wonder how both body styles can exist in one car.

(Don’t get me started on the other misnomer known as the “four-door coupe”. There is no such thing.)

So, if the SQ5 Sportback is confusing, just think of it as a high-performance SUV. It certainly has the kit that hints at its potential. 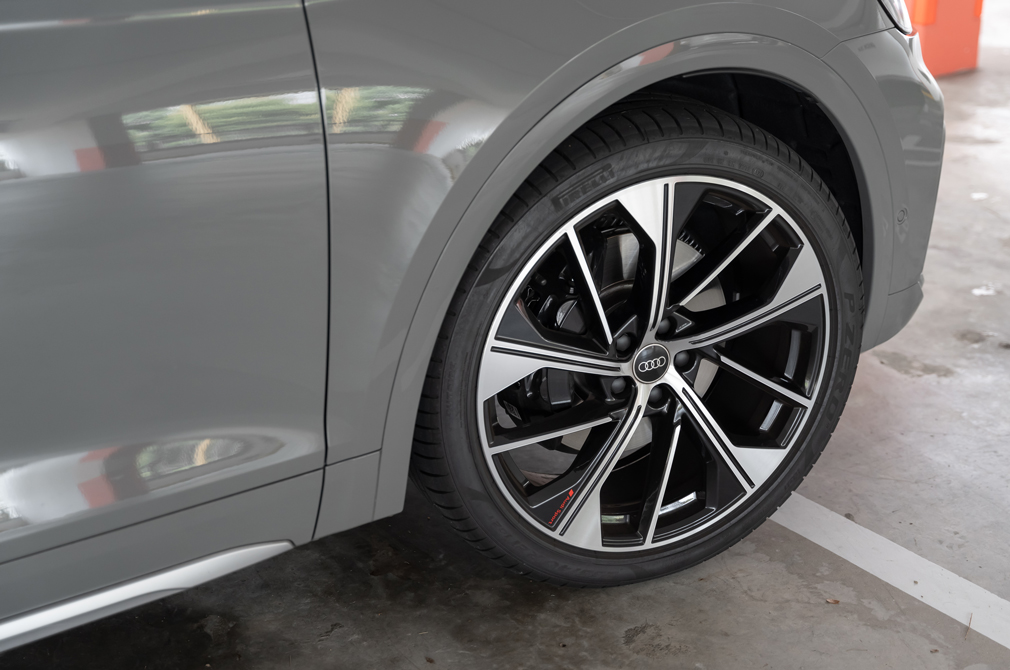 Large brake rotors with red callipers peek out from behind the wheels, and Audi has tastefully kept the “S” badging to a minimum. In fact, there are only two on the exterior: one on the grille and the second on the tailgate. Subtlety is always classy.

The SQ5’s interior is typical for the brand. It’s well-made, properly laid out and easy to get the hang of. Even the buttons make satisfying clicks when pressed.

The front sports seats are well padded and more importantly, can be easily adjusted to get the optimal driving position, which is key in a high-performance model.

Nifty equipment includes the brand’s 12.3-inch virtual cockpit plus (digital instrument panel), a head-up display, and a Bang & Olufsen hi-fi system. But as we shall soon see, the wonderful music the latter can play is less desirable compared to the drivetrain’s soundtrack. 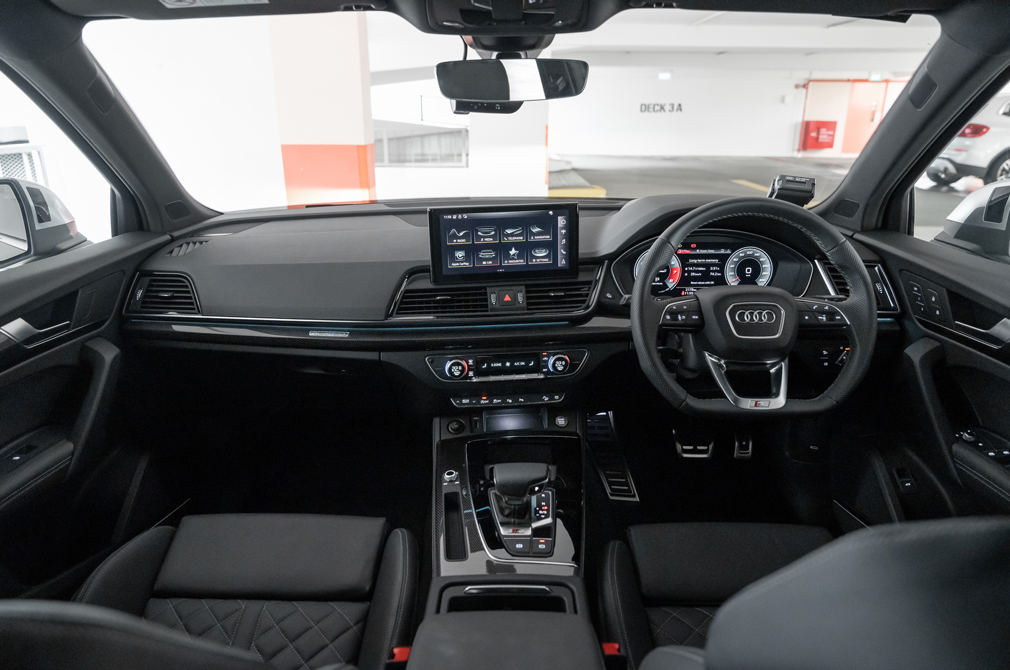 Occupants will find plenty of legroom to stretch out at the rear, although the sloping roof means passengers taller than 1.8m could find headroom lacking.

That said, the boot volume is still less compared to that of the Q5, which offers 520 litres and 1520 litres respectively. Looking more athletic has its price, though fortunately, it isn’t taxing.

Beneath the bonnet is what differentiates the SQ5 Sportback from its Q5 and Q5 Sportback siblings. It has a turbocharged 3-litre V6, whereas the other two models have turbocharged in-line-four units.

This 6-cylinder powerplant, which also does duty in the S4 Sedan, delivers 349bhp and a meaty 500Nm, with the latter figure available from just 1370rpm.

Paired to an 8-speed automatic gearbox, the SQ5 Sportback hits the century mark from rest in five seconds, or 1.3 seconds quicker than its Q5 sibling. 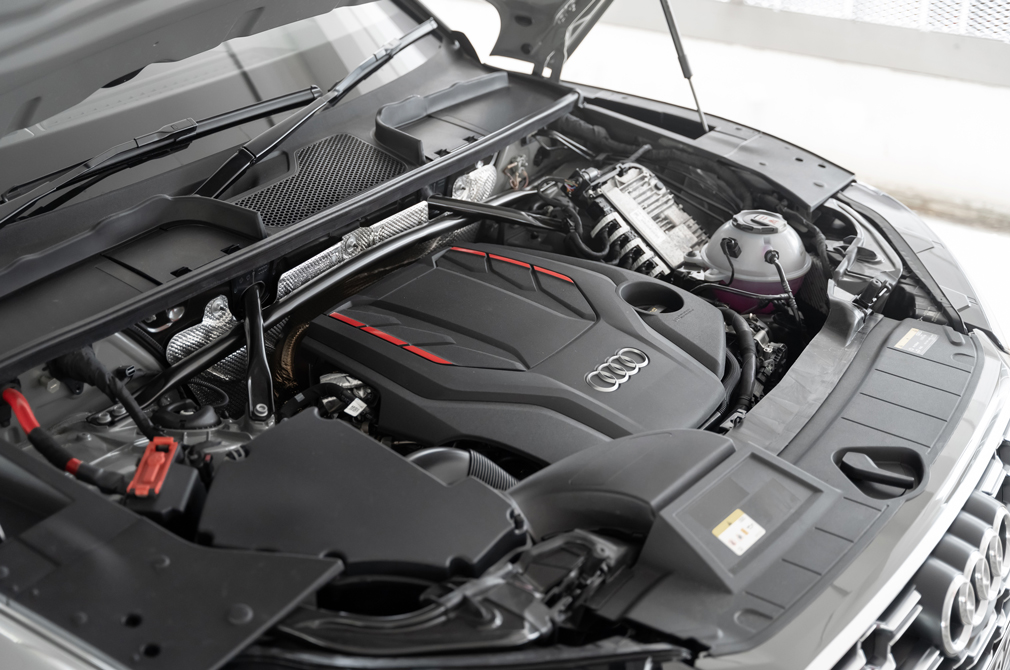 However, speed and acceleration are not what this SUV’s specialties are. Half the reason you buy an SQ5 Sportback is because of its addictive engine note.

This particular V6 is constantly thrumming, especially when the drive mode is set to “Dynamic”.

It is best sampled using the manual override function, where you can do silly things, such as keeping the transmission in a particular gear (usually second, third or fourth) so you can continually create a variety of delicious noises.

Everything sounds great even up to 5000 or 6000rpm. And you will want to stretch the engine because you can make those “braap braap” sounds when you downshift. At this rate, fuel costs are going to be an issue. 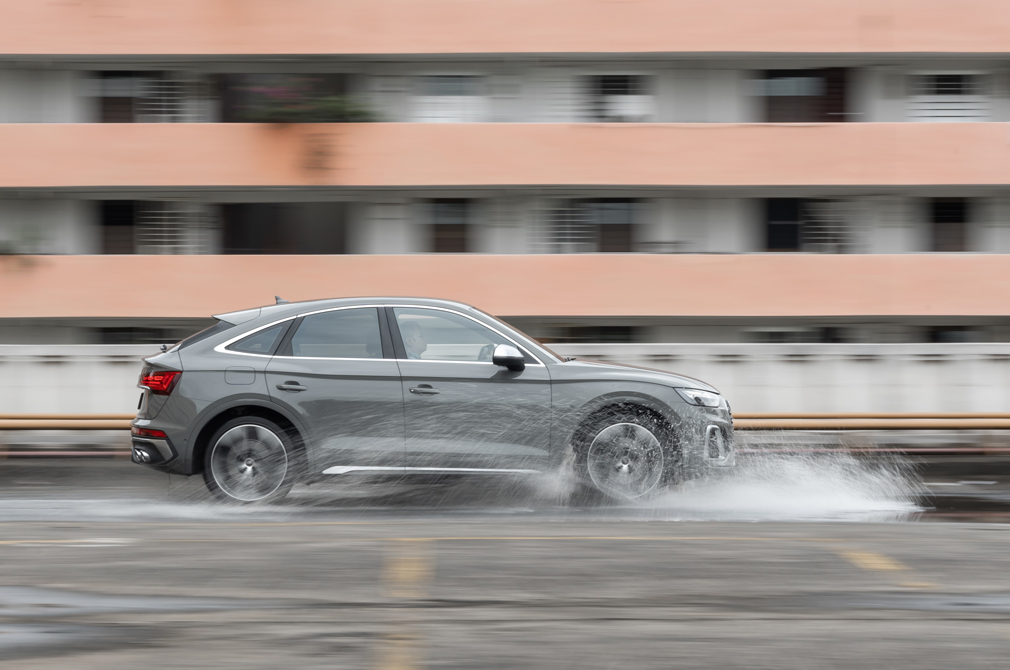 What won’t be an issue, though, is comfort. Equipped with Adaptive Air Suspension with S-specific tuning, the SQ5 Sportback is cushy even when the Dynamic setting is selected.

Bumps are easily dealt with and those annoying speed bumps can just as easily be cleared as well. If you think it’s too firm, there’s always a Comfort option to cosset your bum. A car like this would be welcome on a long drive up North.

Of course, when the mood strikes, the SQ5 Sportback is happy to indulge your spirited ways. Despite weighing over 1.8 tonnes, the SUV felt handy around twisty spots such as Orange Grove Road.

Although there’s not much feel from the helm, the steering is accurate and lends you the confidence to follow the turns, knowing that the car can take it with less lean than expected. It does even better in long and gentle sweepers.

You could go on a road trip in regular Q5. But it won’t be as adept or athletic as this SUV.

That is what the SQ5 Sportback offers, really. It’s got the powerplant that enthusiasts want, with the SUV body, comfort and flexibility that today’s consumers are after.

In other words, it’s a modern interpretation of a grand tourer. I just hope they don’t try to come up with some other snazzy name for it. 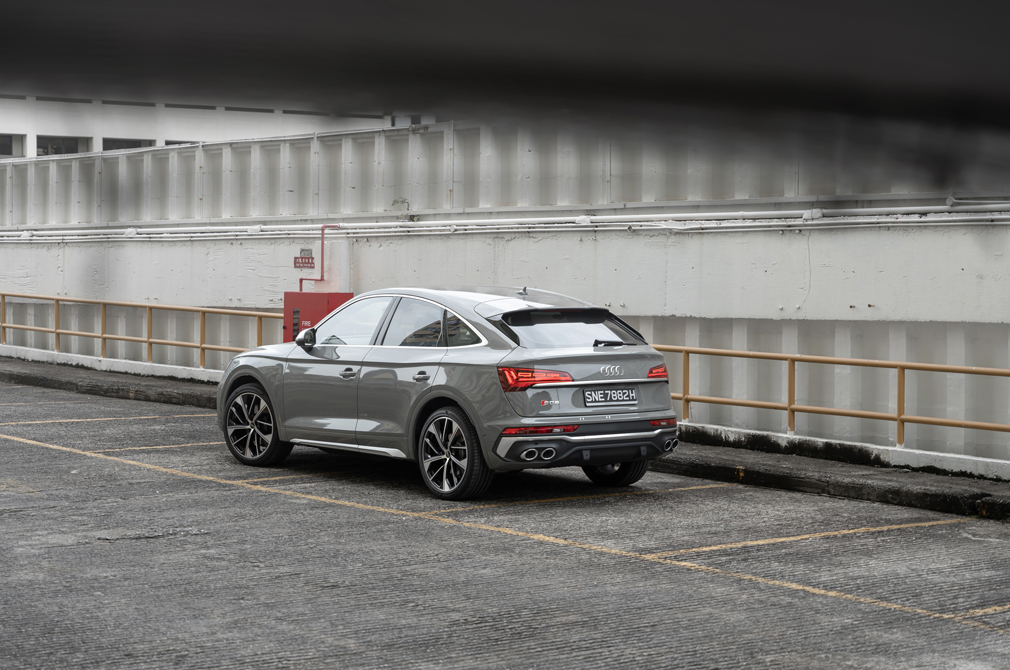