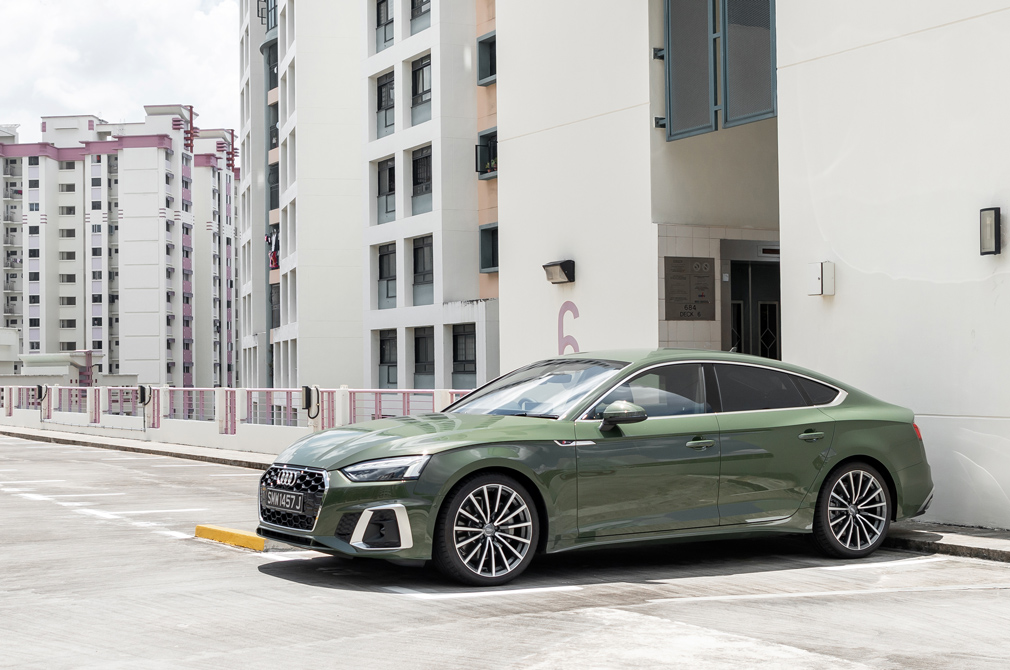 Have you ever had a classmate who was just so darned good at every subject? The one who also excelled at sports and CCAs, and was a nice person, too?

That is how the A5 Sportback quattro comes across, despite being the “middle child”. In Singapore, it sits in the centre of the A5 lineup between the base A5 and the more powerful S5 and RS5 variants.

Because it is so competent, other drivers are going to conclude that it is too “boring”. In fact, you would need to nit-pick just to find fault with it. 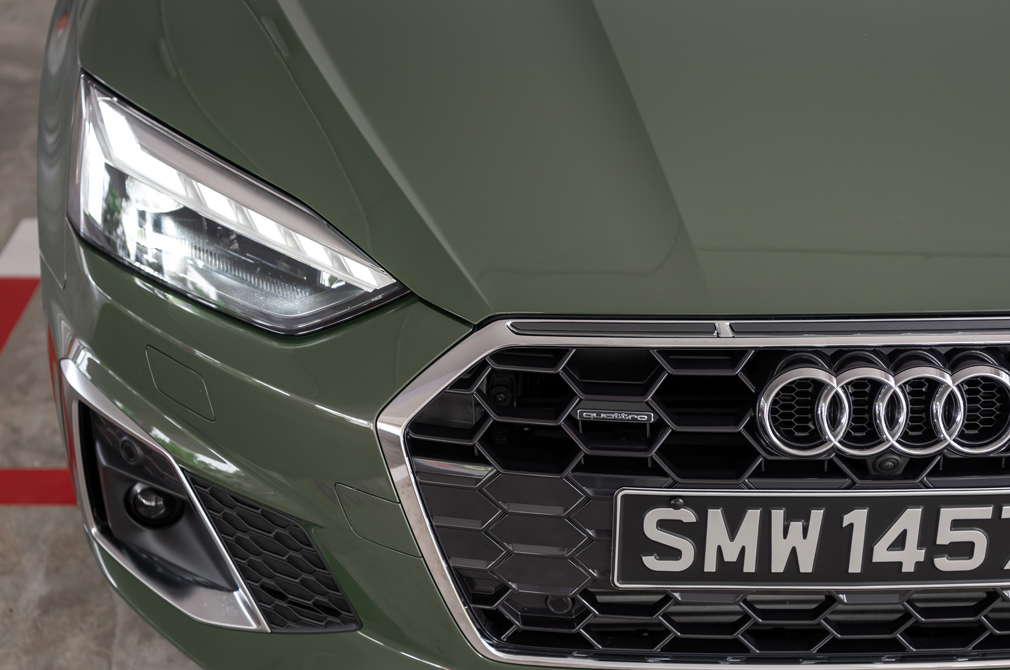 Telling the A5 Sportback quattro from the entry-level model is easy. The former has a sportier looking honeycomb grille and more chrome on the front and rear bumpers. It also gets 19-inch wheels instead of 18-inch wheels as standard.

To cope with the increased performance, the A5 Sportback quattro also has adjustable dampers, whereas the base model has fixed ones.

Inside, the quattro variant comes with a heads-up display system as standard, which helps the driver keep his or her eyes on the road. There is also a “quattro” badge on the dashboard. But apart from these, the cockpits of the base and quattro models are similarly equipped. 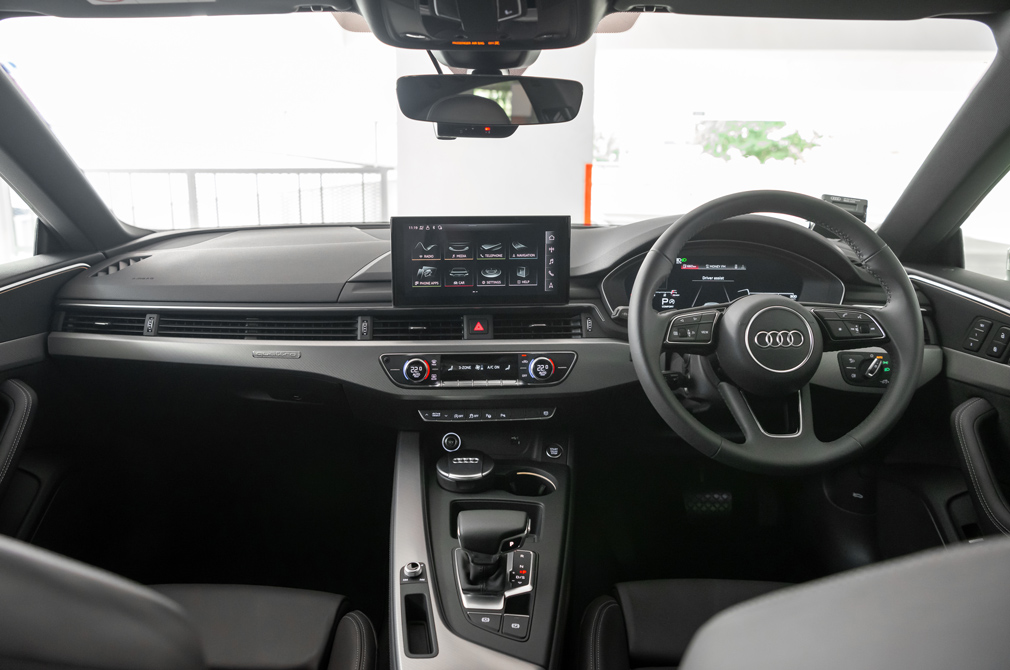 Well-equipped cockpit has a heads-up display as standard.

That does not mean the quattro lacks features, though. It is actually a reflection of how even the entry-level model is relatively well-equipped, so that buyers will not need to specify additional options.

On the other hand, if you think the $77,600 premium (at time of writing) the quattro variant commands over the base model should result in a noticeable difference to the cabin, then you will be disappointed.

PIZZAZZ IN THE PERFORMANCE

If you were looking for extra pizzazz, you’ll find it in the A5 Sportback quattro’s performance.

Numbers aside, the A5 quattro is also more responsive and surefooted. It has a slightly sportier soundtrack, too.

Plant your foot on the accelerator and the A5 Sportback pulls away strongly from a standstill, helped by the quattro system that all but eliminates any wheelspin.

The mid-range feels even better, with the car right at home cruising on the expressway. 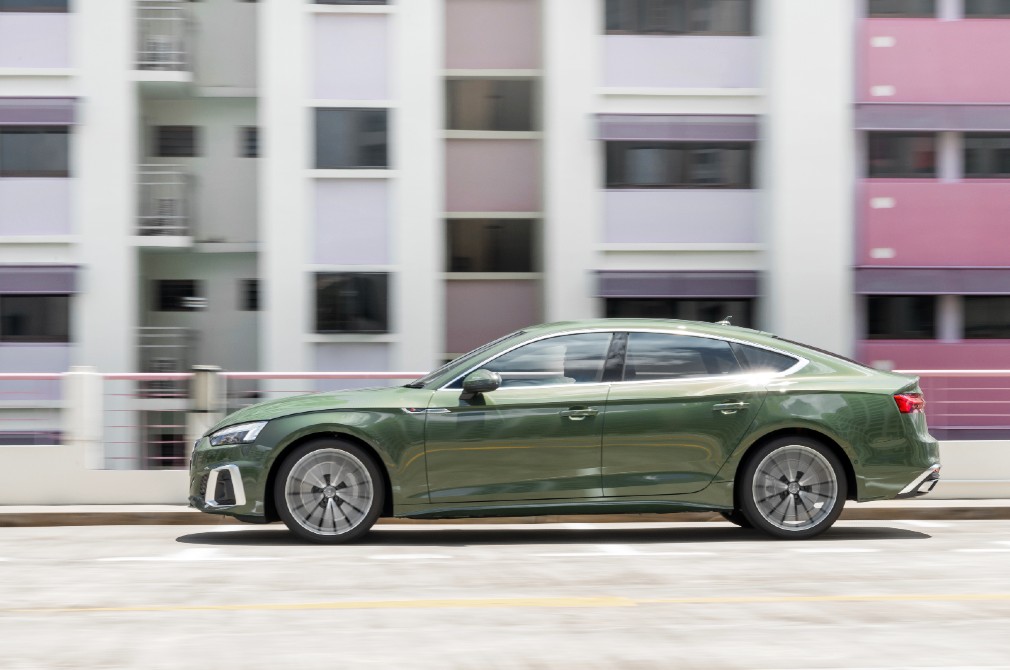 Progress continues to be seamless even as you introduce the car to a few bends. Sweeping corners are preferred to tight ones, but even when pushed, you do not feel like it is about to put a foot wrong.

Now, what exactly is wrong with this?

Well, traditionally, keen drivers expect sporty cars to also be a bit dramatic, perhaps by having a louder exhaust and a tendency to oversteer.

But the Audi A5 Sportback quattro does not offer any of these. It just gets on with the job, much like a student who quietly breezes through an exam without so much as rubbing his chin.

WHO IS THE A5 SPORTBACK QUATTRO FOR THEN?

It is for the driver who wants a balanced A5 Sportback.

The A5 Sportback quattro has enough ponies and is fun to push hard, but not so powerful that stretching the first two forward ratios lands you into trouble with the Traffic Police.

It delivers enough of a soundtrack to please drivers, but not annoy the neighbours. And it because the sporty components have been kept to a minimum, it also does not look like it is trying too hard.

If you want an A5 with flair, then you need to fork out even more moolah for the RS5 Sportback, which is both loud and tail-happy.

The only thing “wrong” with the A5 Sportback quattro is that it is just right. That is what makes it stand out, and you do not even have to nit-pick to discover this. 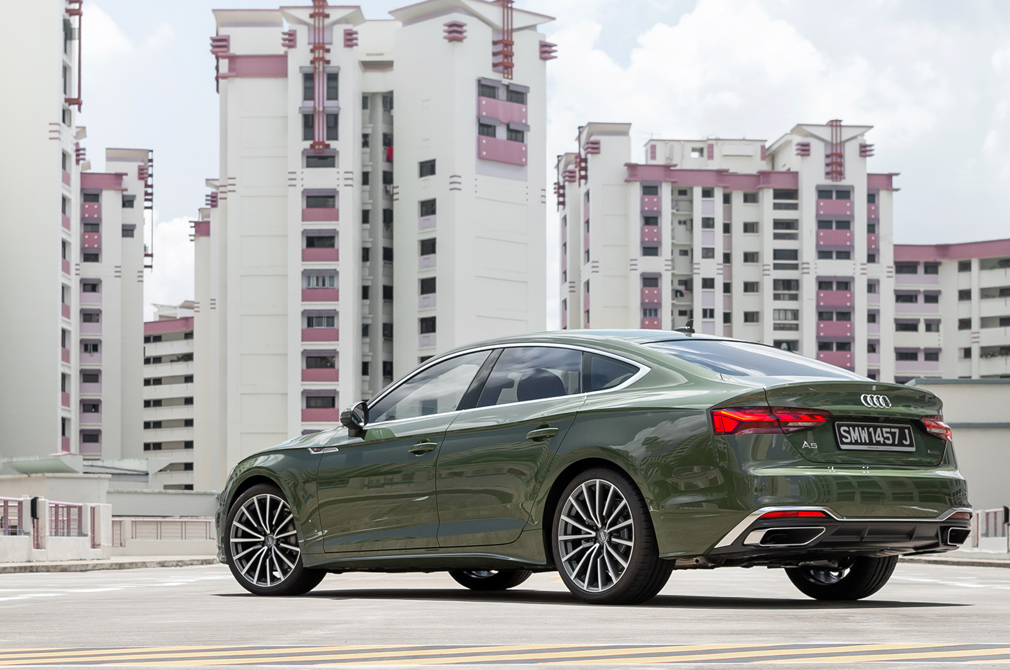