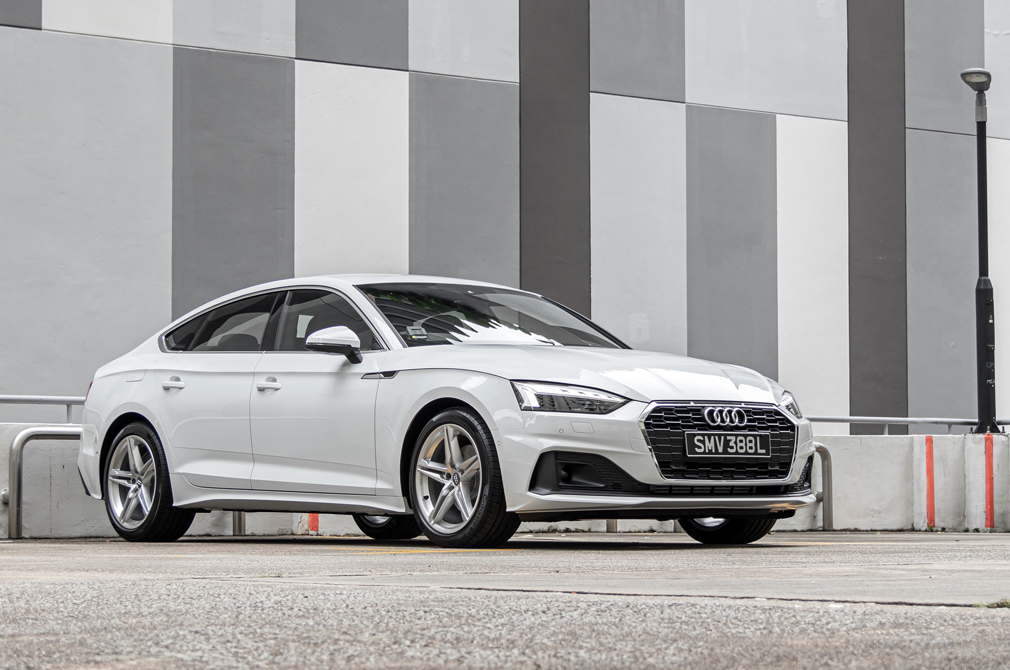 Fastbacks are an attractive body style because they offer the practicality of a station wagon while (mostly) retaining the profile of a saloon.

Audi has taken this concept and made it even more attractive by giving it a coupe-like roofline and calling it a “Sportback”.

The Audi A5 Sportback doesn’t just have sportier styling, though. Compared to its close relative, the A4 Sedan, the A5 has a lower stance, along with wider front and rear tracks for better handling.

Recently facelifted, the new A5 Sportback has a long list of improvements that include mild hybrid technology, making it an even sweeter drive. 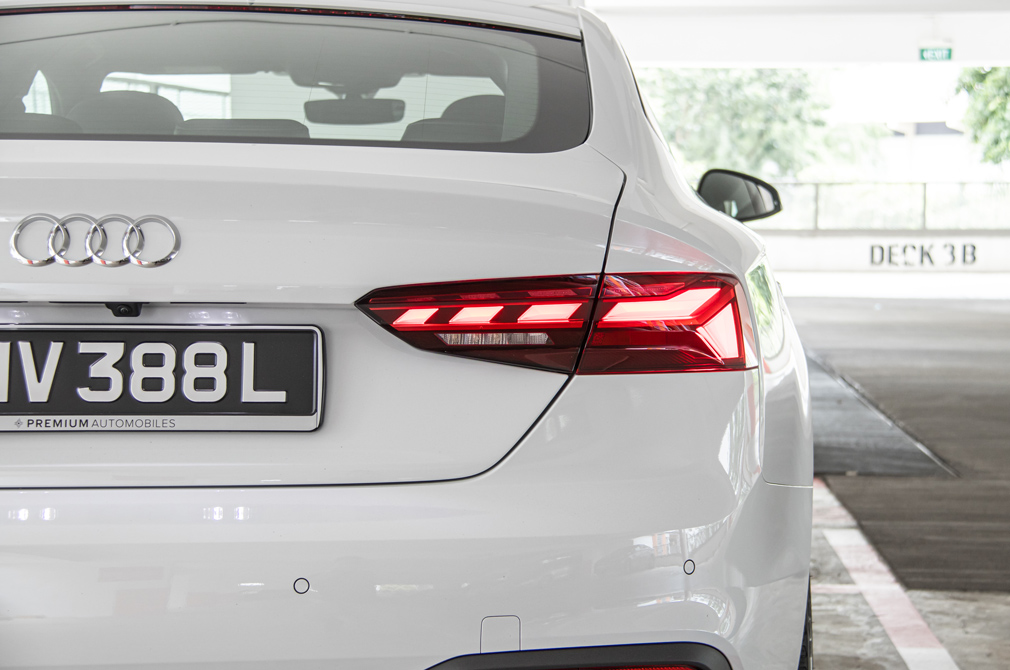 The Audi A5 Sportback has a redesigned exterior that looks more dynamic than its predecessor. However, in true Audi fashion, these changes are low-key and meant to enhance the current design instead of delivering new “wow” elements.

The exterior’s key highlights include a new grille with ventilation slits between it and the bonnet, larger air intakes and matrix LED headlights as standard.

The rear end gets new LED tail-lights and trapezoidal tailpipe finishers. I am okay with the former, but not a fan of the latter, which only makes it seem like the car has ginormous tailpipes. The A5 Sportback already looks sporty, so this is superfluous. 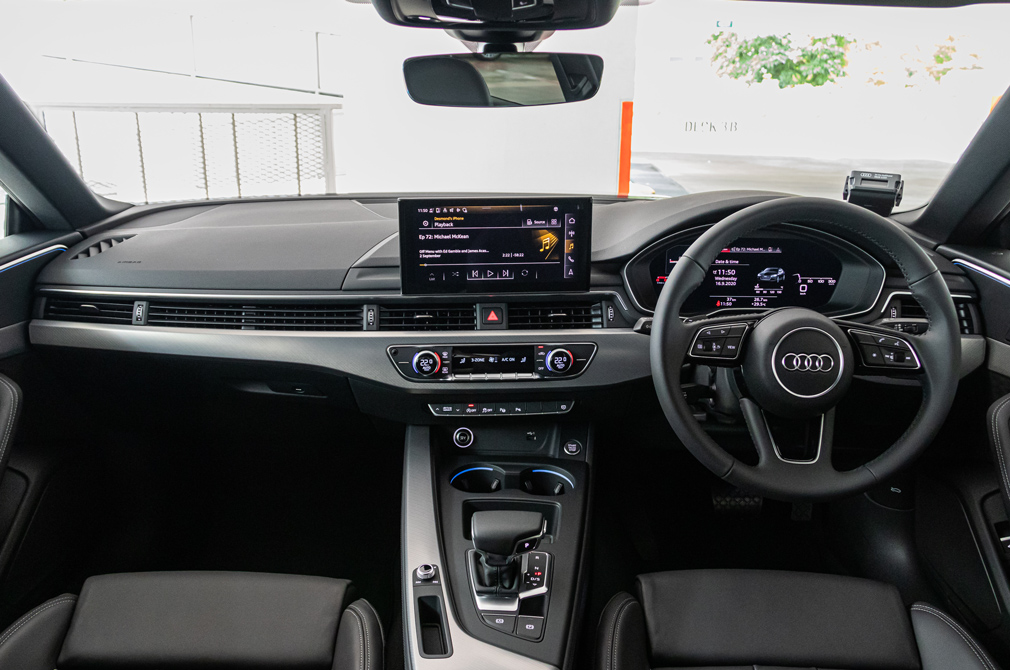 The A5 Sportback’s interior was already nicely executed, so what Audi has done instead is to make further refinements to the current features.

The infotainment system has been replaced by MMI Touch. Because it no longer needs a control knob like its predecessor, the space this previously occupied on the centre console has been turned into a storage point.

Both MMI Touch and virtual cockpit plus are controlled by Audi’s third-generation modular infotainment platform or MIB 3, which has more computing power than before.

The rest of the cabin is unchanged. But this is not a bad thing, since the Audi A5 Sportback was already comfortable to begin with. Even with its relatively low seating positions, ingress and egress remains easy. 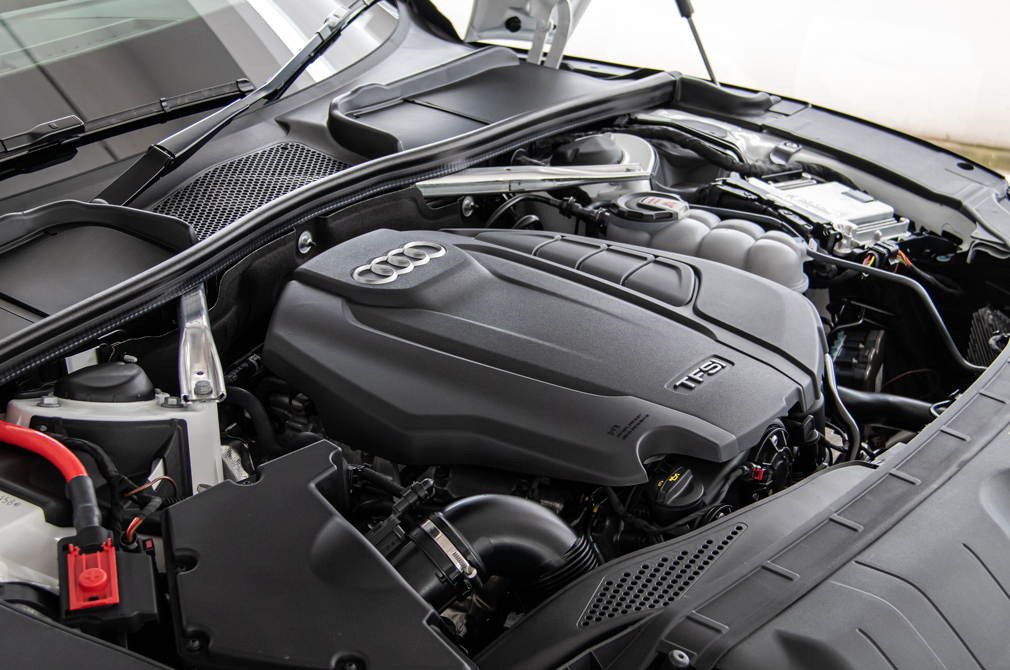 Mild hybrid technology enables the coasting function and helps save up to 0.3 litres of fuel per 100km.

One of the biggest upgrades to the Audi A5 Sportback is the addition of a 12-volt mild hybrid system.

A mild hybrid is a simpler (or milder) version of a full hybrid powertrain, which has a more powerful electric motor and larger battery pack. These enable it to power vehicles on electricity alone.

A mild hybrid cannot do the same. However, though less complex, a mild hybrid with its integrated starter motor and smaller battery pack still allows for faster restarts during stop-start operation.

It also permits the A5 Sportback to “coast” or continue rolling with the engine switched off under the right conditions. The coasting function is available from 55km/h to 160km/h.

Audi says that the mild hybrid can save up to 0.3 litres of fuel per 100km travelled. That doesn’t sound like much on paper, but in real life, the savings will add up over time. The base model Audi A5 Sportback has a turbocharged 2-litre capable of 148hp and 270Nm. Power is delivered to the front wheels through a 7-speed dual-clutch gearbox.

Nail the accelerator pedal to the floor and it will take 9.1 seconds for the car to finish the century dash. It is respectable, but not quick, especially for something with a $200,000 price tag.

Greater performance is expected considering the asking price – no argument there.

But in the real world, the A5 Sportback is quicker than most cars on the road. Over five days of driving, I did not find the speed lacking. I had no issues merging with traffic on expressways, and I was usually the first to pull away when the lights turned green.

The base Audi A5 Sportback may have the least number of ponies, but this also means you can wring the engine’s neck without doing ridiculous speeds. Do the same in an RS5 and the Traffic Police may wish to have a word with you.

Speaking of conversations, the A5 Sportback is one that’s easy to establish a flow with. Outright speed is not its forte, but it remains fun when the roads turn twisty. The car’s lower centre of gravity and wider tracks give it a natural ability to tackle corners.

Considering our local context, the car does have a nice balance and is easy to get along with. 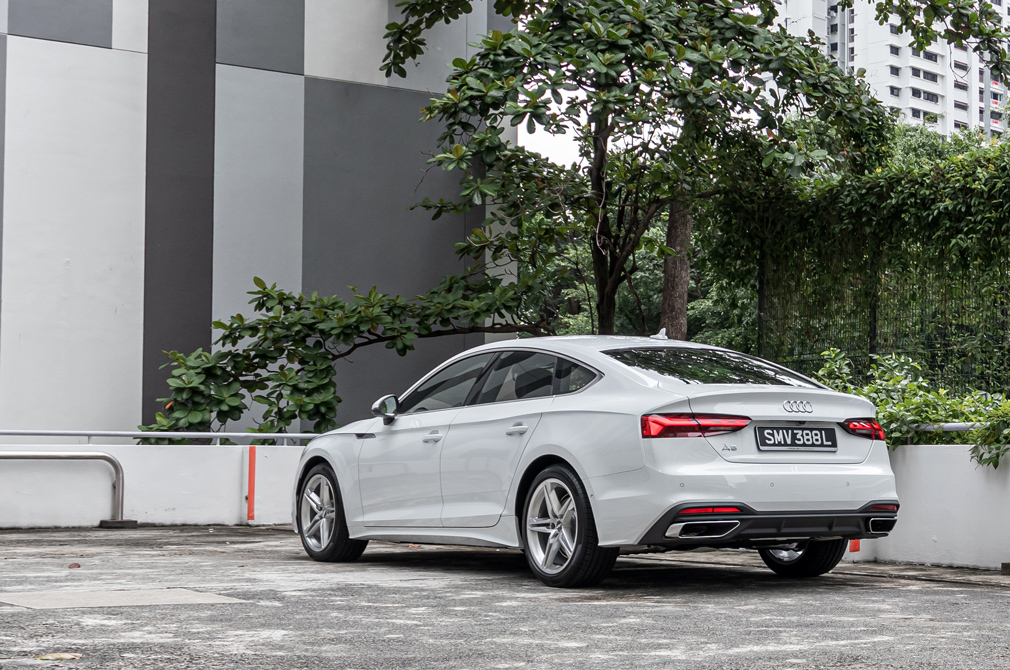 WHO IS THE A5 SPORTBACK FOR?

If you want a car with a handsome design, sporty stance and that is practical to boot, then this Audi A5 Sportback is one contender to consider.

The biggest drawback is its starting price. But if you’re impressed by its looks, numerous improvements and that easy-going character, this could be the daily driver you’ve been seeking.

sgCarMart x Torque video review: Audi A5 Sportback
Check out our Audi A4 review here
Looking for a larger fastback? Click here for our Audi A7 review
Or read our Mercedes-Benz CLS350 review