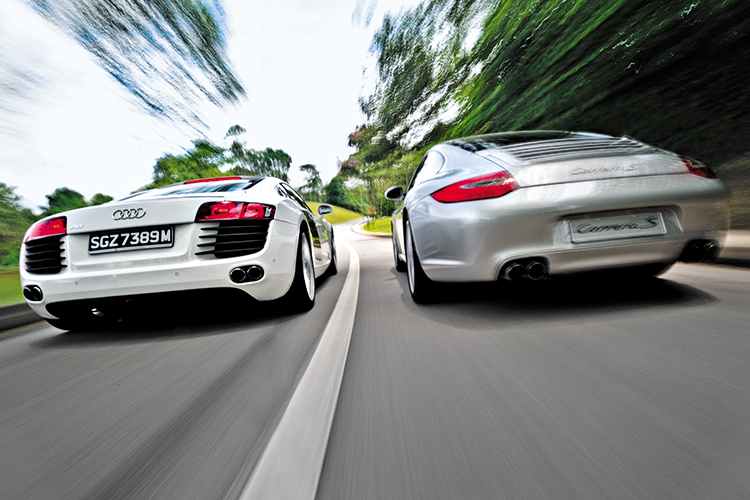 If you’ve ever watched nature programmes on Animal Planet, you may be familiar with the way lions work.

More accurately, it’s the lionesses in the pack that do most of the work. They stalk and hunt while Simba with his handsome mane waits.

He only emerges when his ladies have pinned the prey and make off with what is adeptly described as the “lion’s share” of the spoils.

The Porsche 911 Carrera S is really quite like that. While Volkswagen bragged about its pioneering DSG technology, Porsche kept to its Tiptronic automatic transmission technology.

Even when Audi, under the Volkswagen Group, sprang the R8, which was the maker’s first serious contender in the sports car segment, Porsche kept its cool.

It stayed in the shade, observing, albeit not quite as lazily as a lion. 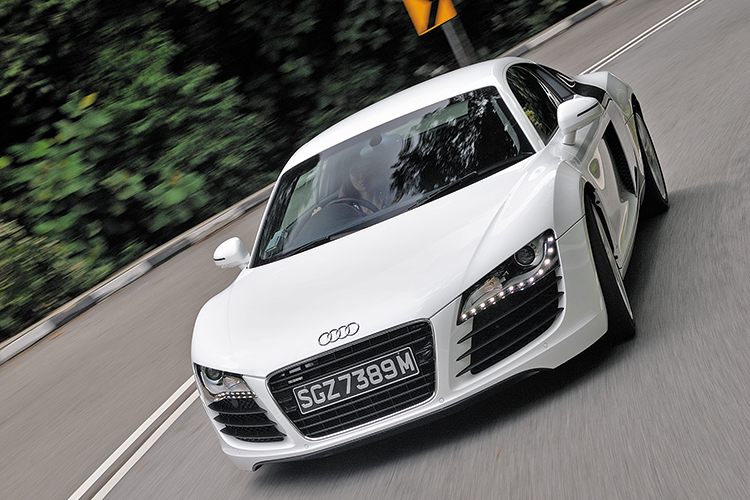 In spite of its extreme looks, the R8 has a settled ride like a sedan.

On top of its supercar stance and exaggerated styling details – do we really need a full row of lit LEDs in the daytime? – the car is some driver’s machine. The world loved the R8.

Then, the king pounced.

Apart from its rather clumsy sounding name (try saying doppelkupplung quickly 10 times), Porsche’s version of the DSG gearbox replaces the Tiptronic to be the option of choice for sports car drivers who aren’t into DIY shifting.

Can the 911 PDK really be the alpha male of the sports car pack?

There is a downside to having an iconic design. Parked beside the UFO-like R8, the Porsche 911 Carrera S barely makes an impression.

No matter how much cosmetic changes were made to the updated 997, the layperson won’t be able to tell it from a 15-year-old 993 model.

The 911’s driving position is similarly old school, being comically upright and set before a simplistic dashboard design. 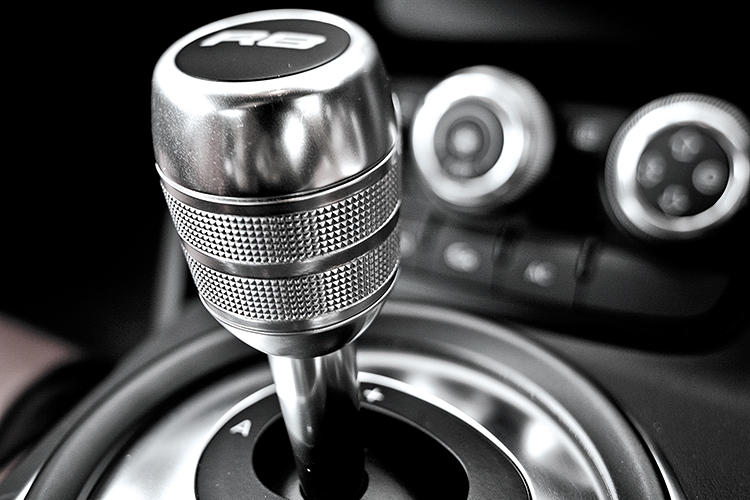 Audi R8 has a cool metallic shifter that’s much cooler than the plastic paddle shifters.

The updated Porsche 911 Carrera S’ may have received such changes as bigger switches and a colour touch screen in the centre panel, but the basic design remains unchanged.

The Audi R8, on the other hand, is the work of a sci-fi aficionado. The cockpit is wrapped tightly around the driver, with bold, sweeping arcs demarcating the “pilot’s quarters” from the passenger’s.

While it is entirely possible to jump into the Porsche 911 Carrera S and drive off immediately, the R8 driver would require some orientation due to the dramatic design, and a few moments to take in the drama.

Audi has kept some classic sports car themes, though. The R8 still demands a firm twist of a key to be brought to life (no bright red “start” button).

The accompanying synchronicity of sweeping dial needles, whirling motors and pumps moments before the V8 catches ignition further adds to the exciting experience.

While the 911 Carrera S, too, has kept to using a physical key. After the loud rousing of the Audi’s V8, its flat-6 engine sounds almost too quiet. 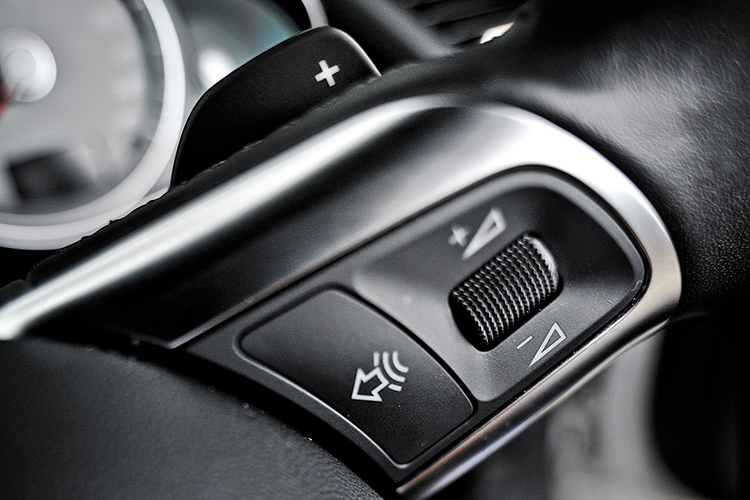 As with all 911s after the 993 generation, switching to conventional water-cooling has taken away the distinctive burbling of the boxer engine.

But the 3.8-litre in the Carrera S tested still makes a slightly raspy sound when idle, which is utterly in character with the 911.

After getting around the drama in the R8, the first few metres of driving the car can be, well, rather embarrassing.

All Audi R8s in Singapore are sold with the R-Tronic automated manual gearbox.

As owners of anything from a Maserati 4200GT to an old mobile phone with act-smart predictive text function may agree, having a robot “second guess” your inputs can be annoying. (Just try typing in “lah” on the phone.)

The R-Tronic doesn’t “creep” like a traditional automatic – that’s not really the problem.

The robotised clutch struggles to bite convincingly during gentle start-offs. Often, it slurs along with a bit of slip, before lurching forward abruptly. 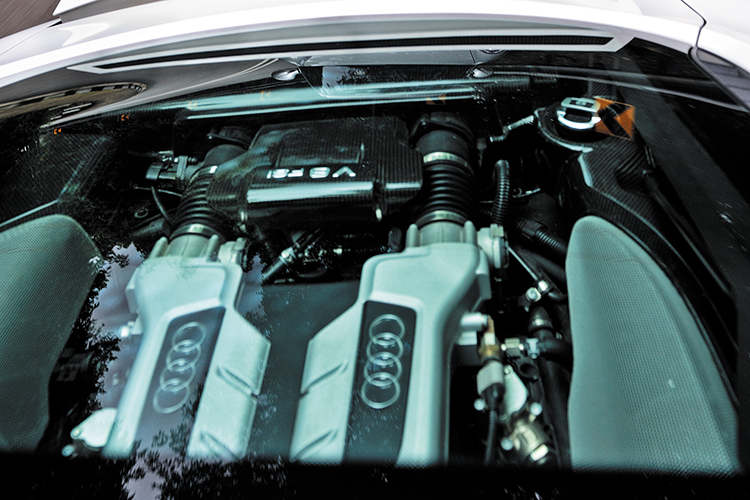 To Audi’s credit, the R8 conducts itself well even in heavy traffic, shifting smoothly. Things get even better when you help it make the decisions.

Selecting “+” and “-” has never been more satisfying than the cool alloy shifter sitting proudly on the transmission tunnel. It feels like a precision item, with a “real” connection to the gearbox behind.

So, even though the steering-mounted plastic tabs are more intuitive, it’s the gear lever that sees more action.

This particular Audi R8, being a well-used (and well-tracked) example, does seem to suffer from an old Audi bugbear, which is an over-assisted brake pedal. This is not so good for traffic.

Away from the city, the Audi R8 can really grow on you. The flexible V8 is an ally to exploit the R8’s dynamic handling.

The car is playful, if you allow it. The dominant sensation is one of prodigious grip led from the front axle, with the slightly looser tail following in sweet tandem. 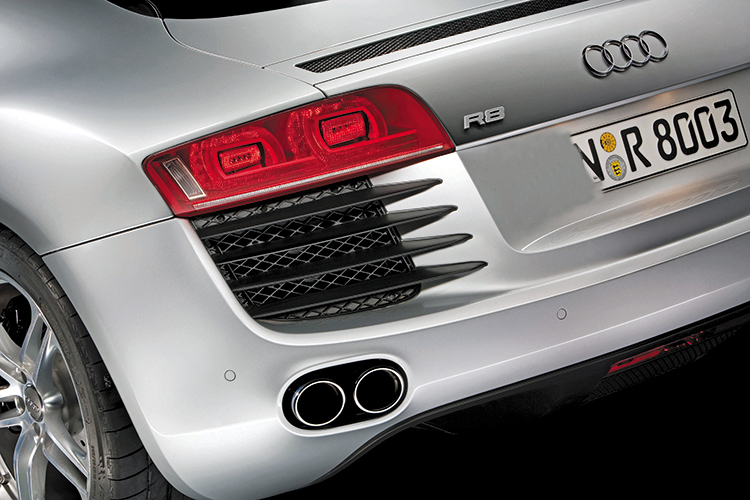 Even in “Sport”, the suspension still has enough compliance to keep its wide tyres on the road.

The king’s response is like a big, hefty paw landing firmly on the R8’s aluminium roof.

The PDK is the key. As with the 6-speed R-Tronic, the 7-speed PDK doesn’t use a torque converter to slush shifts.

It has two clutches, like in the Volkswagen Golf GTI. And unless you go looking to fault it, the PDK is as good as the best automatic there is.

For starters, it creeps just like an auto. Used in daily traffic, Porsche’s claims of the PDK’s roots from its 956 Le Mans racer of the 1980s seem almost irrelevant.

The shifts are way too smooth and leisurely to have any racing application. 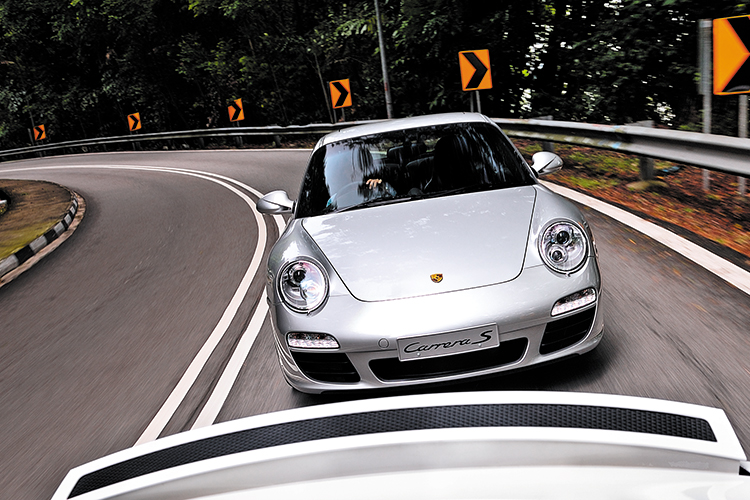 No garage is complete without a 911, and a Carrera S with PDK is about as good as it gets.

Left in its standard mode, gear changes are almost undetectable, save for the telltale dash indicator.

You may have heard about the steering-mounted shift toggles being difficult to use and to get used to.

It’s true, the interface isn’t very intuitive. Chances are you’ll get it wrong once in a while.

But it’s actually not such a bad thing (electronics prevent any chance of over-revving) because these are the instances when you’ll realise how quickly the PDK is, as you correct yourself and shift down twice to undo the erroneous upshift.

Hit “Sport” or, better yet, “SportPlus” (which is a pricey, must-have option) and try making the same, silly mistake of getting into a wrong gear to correct yourself.

The shifts are quicker and a whole lot more forceful. In “SportPlus”, it’s downright brutal, which is just the kind of sensation to get the adrenaline pumping – and the passenger puking. 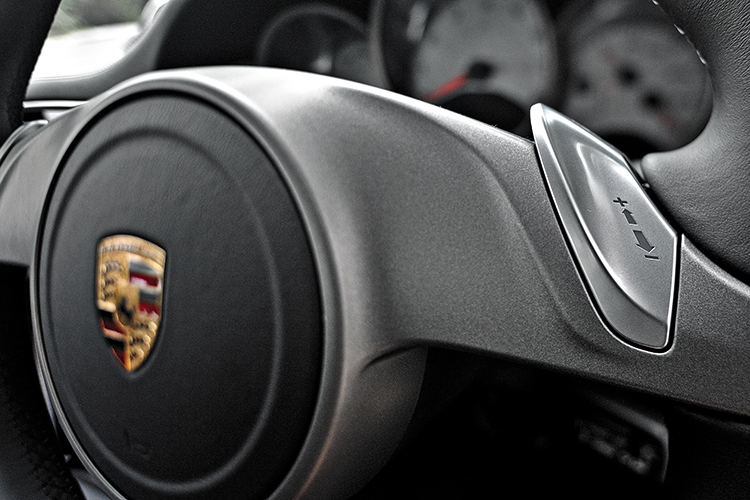 Porsche 911 Carrera S’ gearshift toggles are hard to get used to.

Sending the driver’s juices into overdrive is the rest of the 911’s acclaimed ensemble matching the PDK’s stirring performance.

Brake pedal feel, for one, is excellent for road use, while the suspension in “Normal” feels about right, even with the car riding on the optional 19-inch alloys.

The direct-injection engine, a first for Porsche, seems to enjoy revs even more than the engine that debuted in the 997.

While it can’t match the R8’s soulful V8 for high-end tingles, stretching the flat-6 sets off a distinctly different note that’s no less satisfying to savour.

The 911 Carrera S’ lightly loaded front (remember that the engine is behind the cabin) continues to give the car its signature light-headed bob over undulations, but there’s little doubt about the amount of grip it has.

Unique to the 911 Carrera S is the feel from the driver’s seat when attacking the bends. 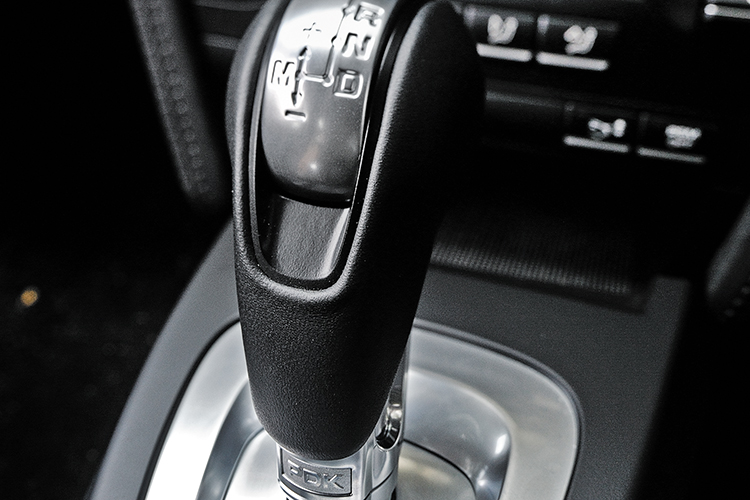 Newfangled PDK is a welcome replacement to the old Tiptronic.

It offers the option of either jumping in while on brakes, or rolling in ever so slightly on power.

As with the earlier 997, the rear weight bias offers that unique sensation, but without the constant threat of things going terminally wrong.

So what do we have in the end, then? Has the upstart really upset the way of the kingdom?

No garage is complete without a 911, and the PDK-equipped Carrera S is as good a choice as there is.

The R8? That’s the sweet desert to have after the staple, thank you very much. 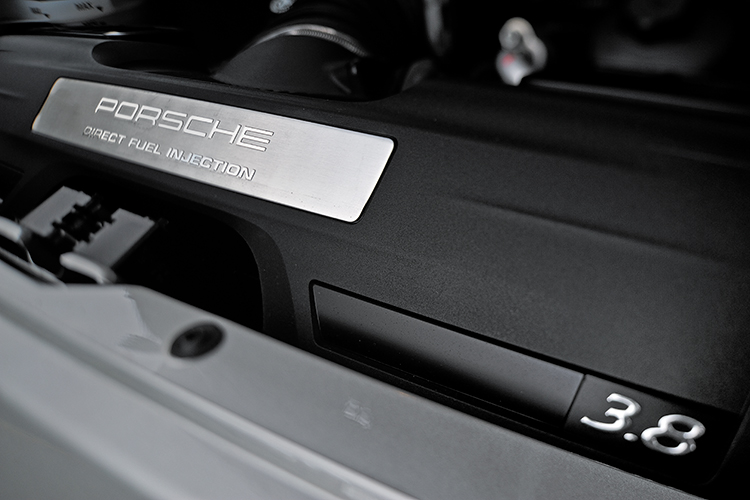