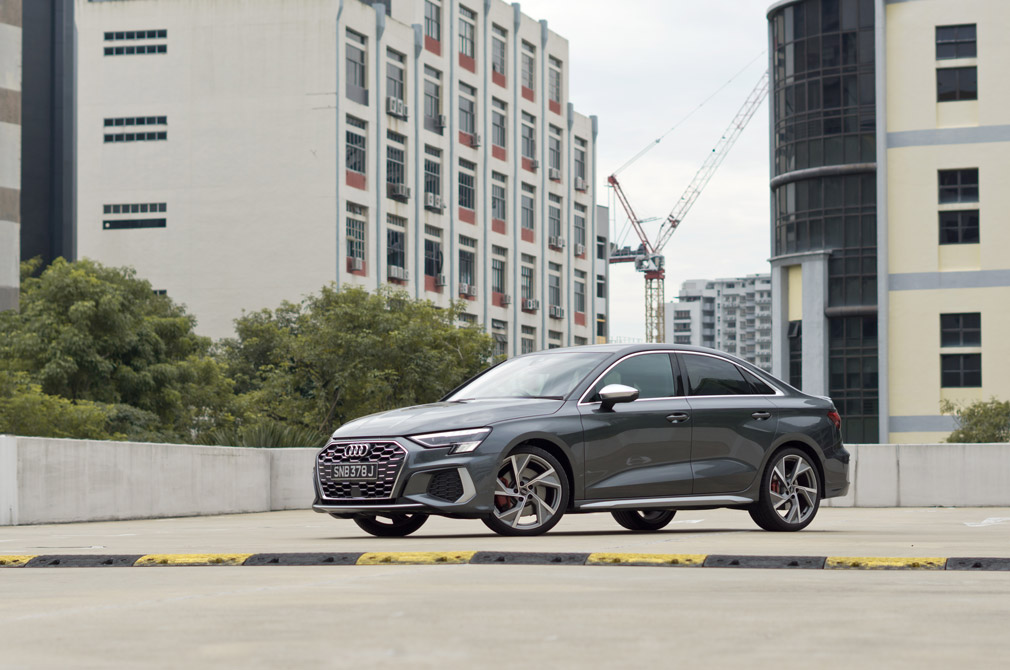 Readers of a particular vintage will remember the days when the term “high-performance” either referred to a saloon or a hatchback.

But these days, with SUVs a dime a dozen, it would seem that many drivers have already forgotten what a high-performance saloon is. Some may have even forgotten what it’s like to hanker after one.

Carmakers use as many components as it takes and spend months honing a high-performance SUV on various racetracks to make it as nimble as it can be.

And while bending the laws of physics is admirable, one cannot help but wonder: Would it not have been better to spend these resources on a better (read: lower and smaller) platform?

We know that answer to that. But because brands know that SUVs – and not sporty saloons and hatchbacks – are where the money is, these types of cars have become a rare (and some would say dying) breed.

Fortunately, all is not lost yet. Not when Audi still offers the S3 Sedan. 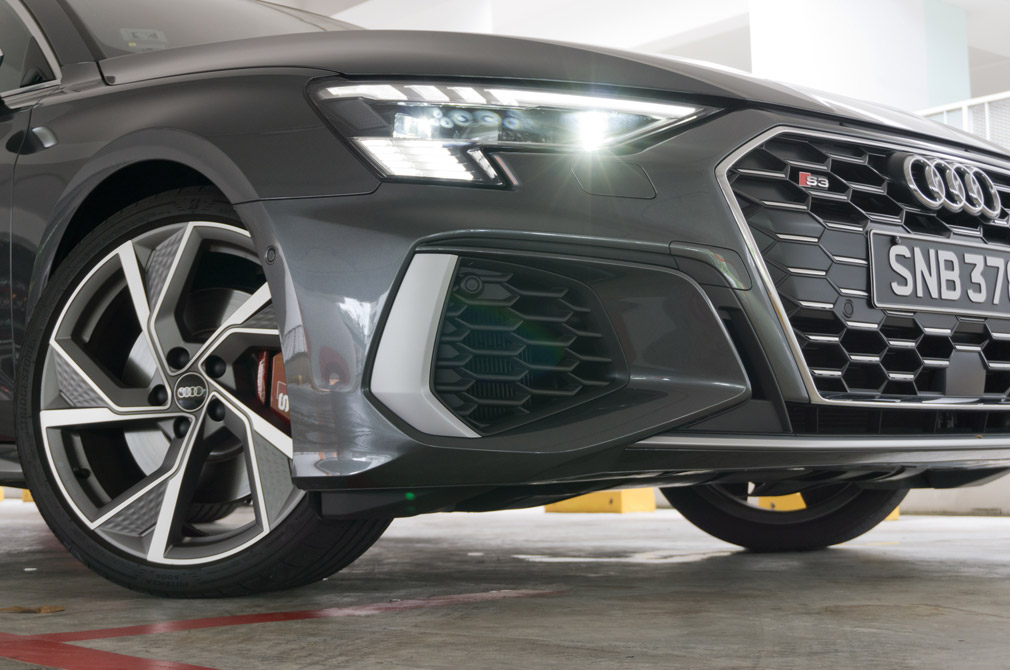 The Audi S3 is what you get when you want something sportier than a regular A3, but not as fiery as an RS 3.

Its matte black grille, taut lines and pronounced wheel arches – which house 19-inch wheels and 235/35 series tyres – indicate that this car wants to be driven hard.

And if you need any more convincing, the standard quad exhausts at the rear should do the trick.

Audi, of course, executes all this with restraint. Its design language is never extreme. Having said that, the S3 Sedan is surprisingly more eye-catching than its direct rival, the Mercedes-AMG A35 Sedan, which is designed to be a sleeper car. 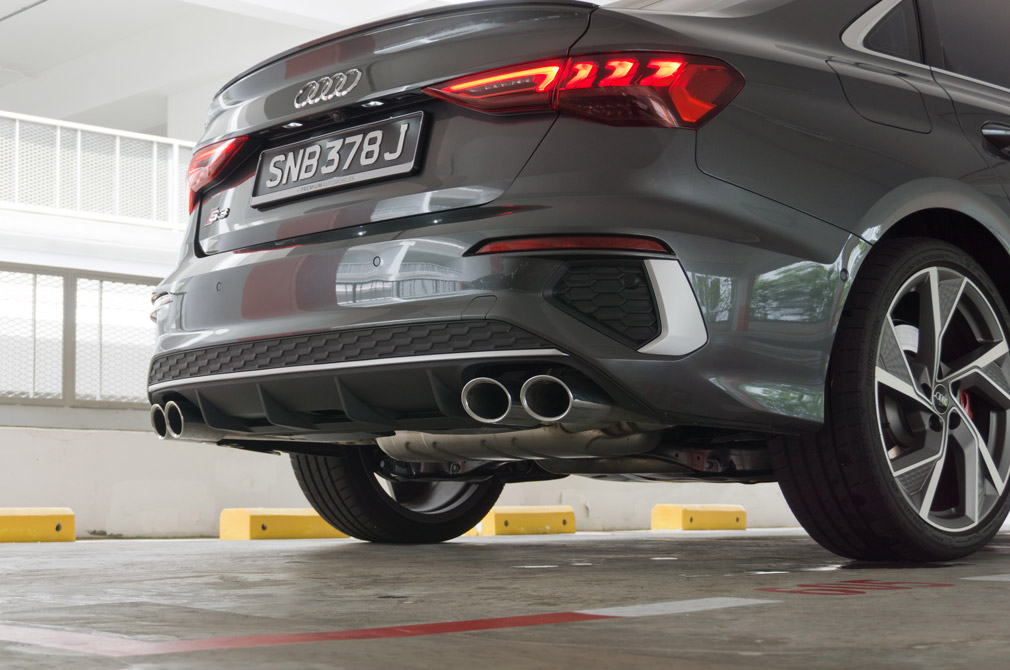 Audi’s relatively subtle nature is reflected in the interior. Yes, you get a flat-bottom steering wheel, sports seats with racy red stitching and alloy pedals, but that’s as far as the carmaker will go. Even the paddle shifters are still plastic instead of metal.

More convincing, on the other hand, is the S3 Sedan’s powertrain, which consists of a turbocharged 2-litre engine paired to a 7-speed dual-clutch gearbox and quattro all-wheel-drive.

The additional outputs result in a quicker car, with the new S3 Sedan now doing 0-100km/h in 4.8 seconds, or 0.2 of a second quicker than the older one. 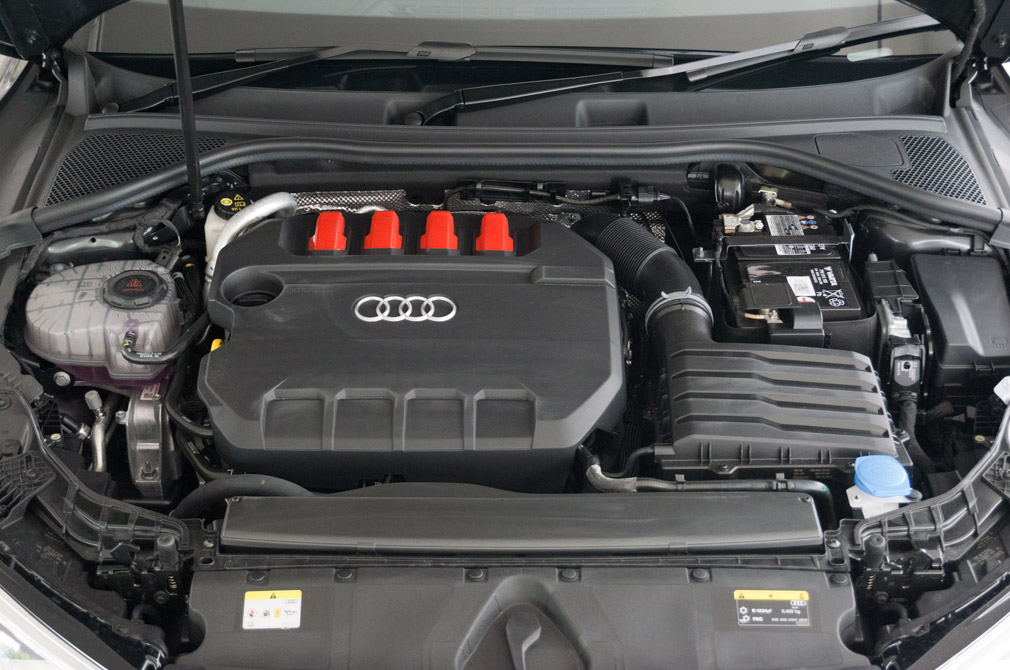 The S3 Sedan’s keen acceleration is good, but it’s the linearity that I admire more. There’s some lag (I’m nit-picking) off the line, but once the car gets going, the turbocharged engine happily thrives on revs.

And revs are what you need if you’re to hear any semblance of a rorty soundtrack, which the previous model has more of.

With the manual override engaged, you’ll need to trigger upshifts past the 5000rpm mark to hear any meaningful feedback. Ditto for the downshifts – you’ll want to pull on the left paddle with the revs between 3k and 4k. Anything less and you’ll be disappointed.

Roadholding, an Audi strength, is very present here. Coupled with the grip from the sticky tyres and fully variable quattro system, you would have to be an idiot (or worse, drunk) to lose control of the S3.

With progressive steering, four-link rear suspension, stiffer dampers and a 15mm lower ride height compared to the A3 Sedan, the S3 will even take ham-fisted inputs in its stride. 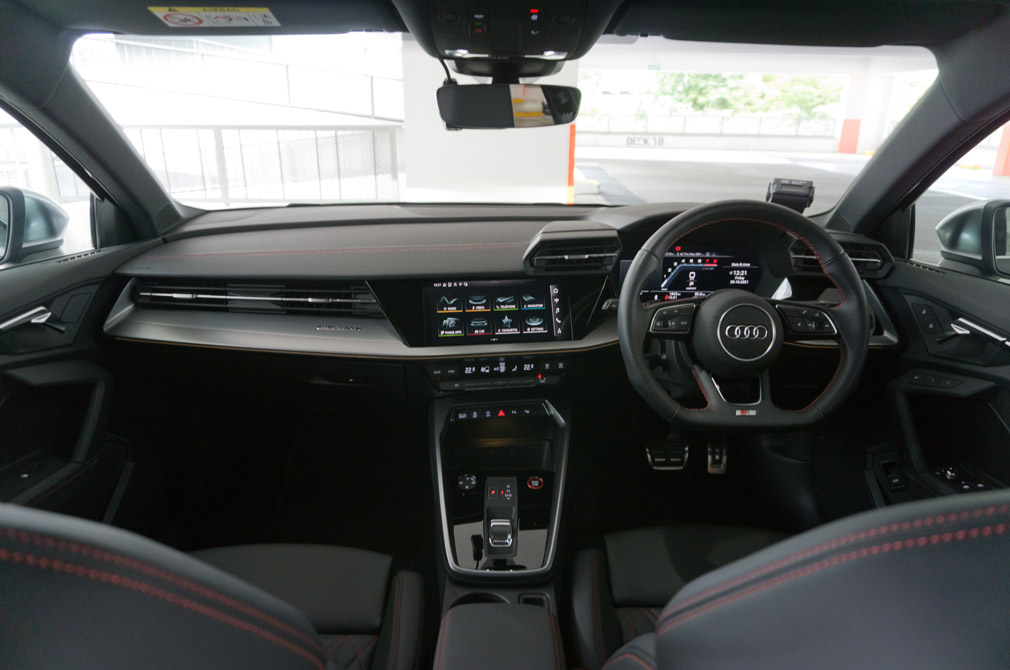 Yes, you can wring its neck and force it into corners, but driving the S3 in this manner is unsatisfying. It is not engineered to be pin-sharp – carry too much speed and there’s understeer as the nose tries to keep pace with your directional changes.

Perhaps I expected too much from the car. After all, when driven at eight-tenths, it still delivered swift, refined and smooth progress.

Audi’s new electric brake booster improves the brakes’ response times, giving you assured stopping power. It will probably be overlooked, but this component is what helps the S3 Sedan provide well-rounded performance.

The Audi S3 Sedan’s abilities are easy to access and its performance is delivered in a predictable, linear manner. That is good news for keen drivers who want something with more pep than a regular A3, but do not wish to deal with the hairier RS 3.

Personally, the S3 would have been even more complete if it had the immediacy of Mercedes’ A35. Again, perhaps I expect too much. But as an enthusiast, this trait is key.

Besides, the key thing here is that high-performance saloons are not dead yet. And maybe, in a world obsessed with SUVs, cars like the S3 will remind drivers what it’s like to hanker after one. 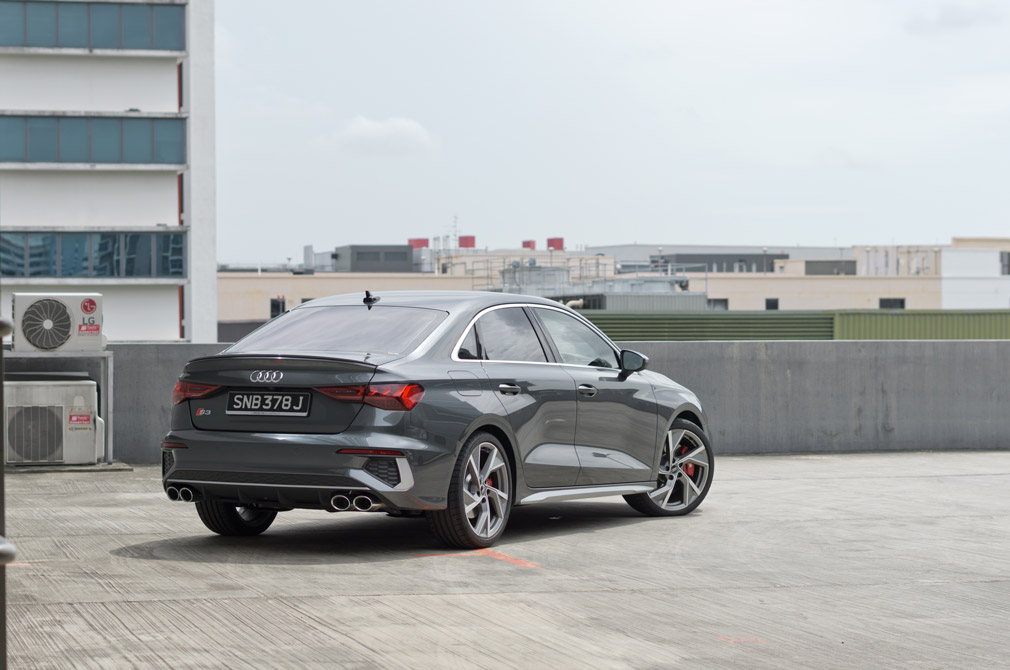