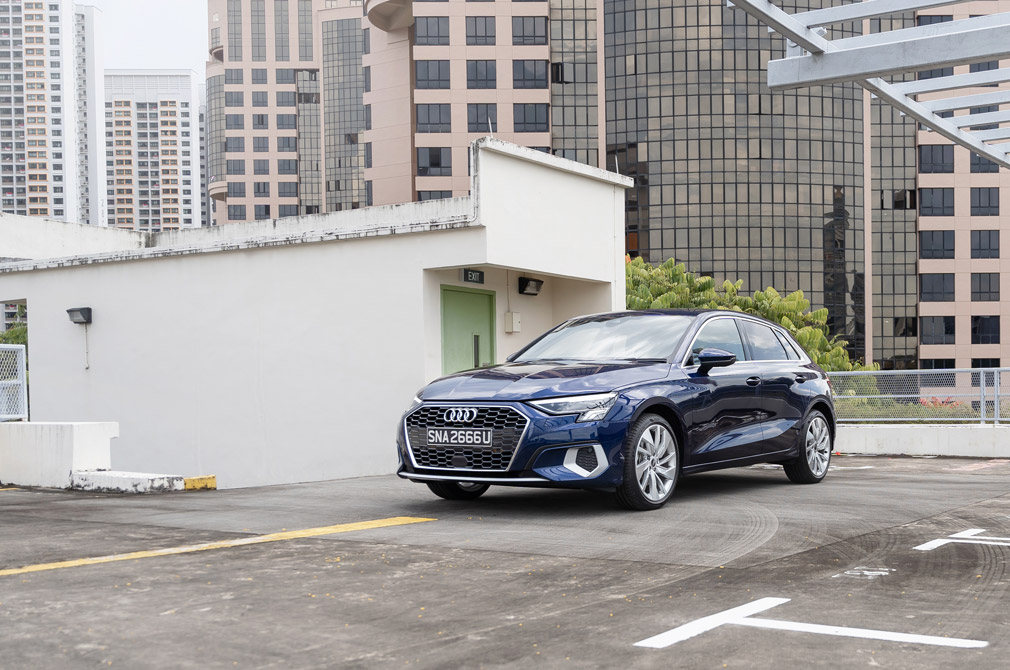 Competition in the premium hatchback segment is fierce, with the three German luxury carmakers eager to carve out a bigger slice of the pie for themselves.

Audi has the A3 Sportback, BMW has the 1 Series, and Mercedes-Benz has the A-Class.

Which one is “best” is subjective. If handling is your priority, then the 1 Series will be your cup of tea. But despite its dynamism, the 116i could use more ponies.

The A-Class (in A200 form) has the poke, a cockpit that wows and the badge cachet. But it needs more refinement.

Audi’s A3 Sportback feels the most complete. It has the refinement, enough performance and is relatively well-equipped. But the badge-conscious will say that because it shares its underpinnings with the Volkswagen Golf, Skoda Octavia and Seat Leon, it is not “as atas”. 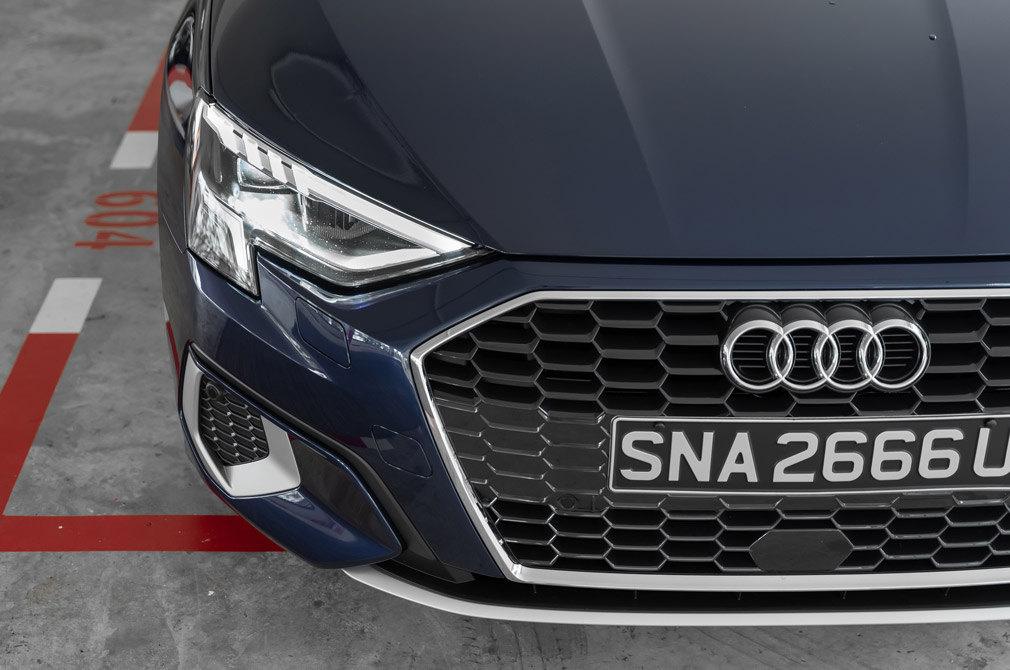 After all, the A-Class has no “Golf” relative. And the 1 Series is related to the MINI 5-Door, which is also a premium model.

Well, there is no denying the shared components, chief of which is the mild hybrid drivetrain shared across said models.

But to dismiss the A3 Sportback on account of its DNA is a missed opportunity to see what a swell job Audi has done with this hatchback.

Toyota’s C-HR is one such example.

Now, that doesn’t mean the A3 Sportback has no pizzazz. On the contrary, a closer look at its flanks reveals a muscularity that isn’t obvious from afar. The shoulder lines and rear fenders are another visual treat. 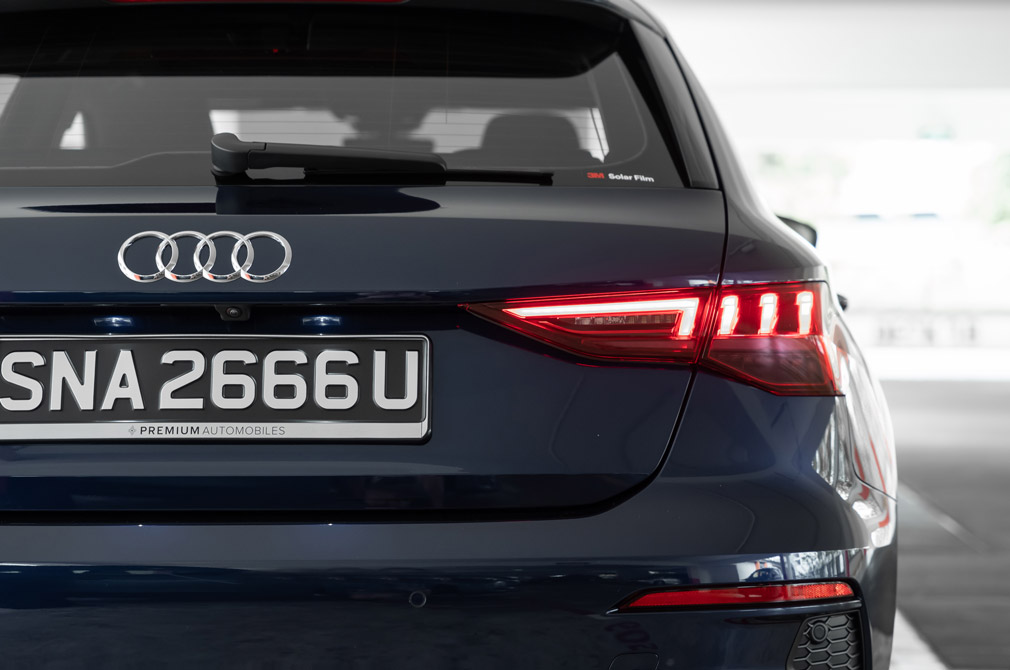 Inside, the cabin features a clean and (mostly) minimalist design. There are very few buttons as most of the functions and options have been placed in the infotainment system.

The air-con controls have been excluded from this exercise, though. Climate controls are arguably the most adjusted feature in a car, so having physical buttons means direct and convenient access. Volkswagen should have done the same in the new Golf.

The 12.1-inch virtual cockpit and 10.1-inch MMI displays are of course standard, and their high-res graphics are a visual treat. 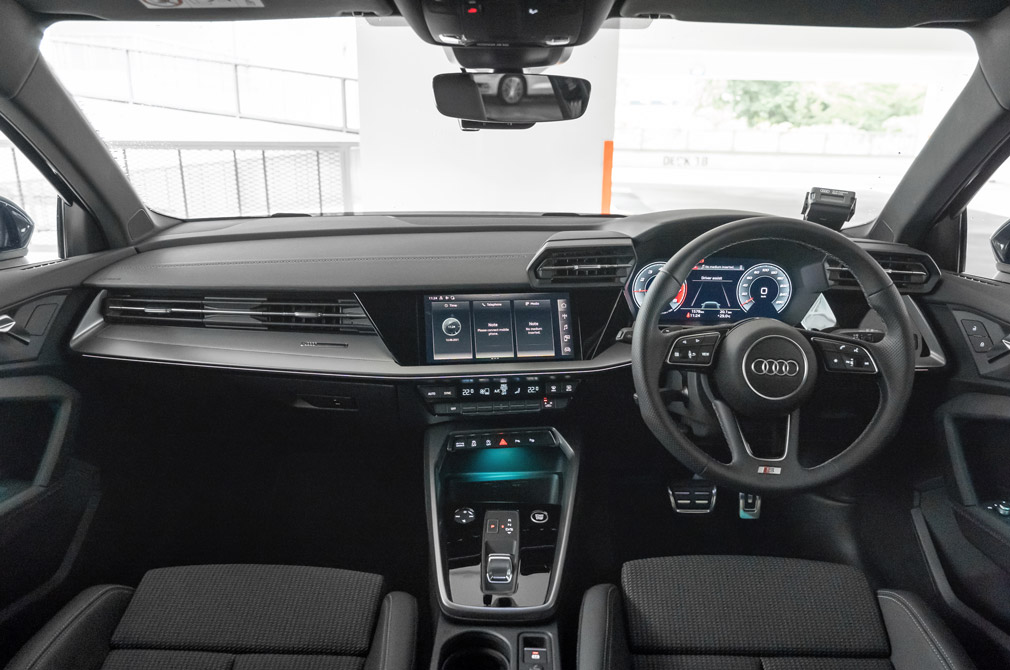 Dividing opinions, on the other hand, is the new tab that replaces the traditional gearshift lever. It’s similar to the one used in the other aforementioned VW Group models, including the Porsche 911.

Interestingly, each brand actually uses a different gearshift tab. So, the one in the A3 Sportback isn’t identical to the one in the Skoda Octavia or VW Golf.

Some folks like the tab, while others find it irksome. There are still many drivers who prefer a conventional gearshift lever because it is what they are used to.

It’s a space-saver, though. With the centre console mostly flat, I like how my USB cable doesn’t have to snake around an actual lever. My smartphone also fits neatly into the cupholder and does not wiggle. Nice. 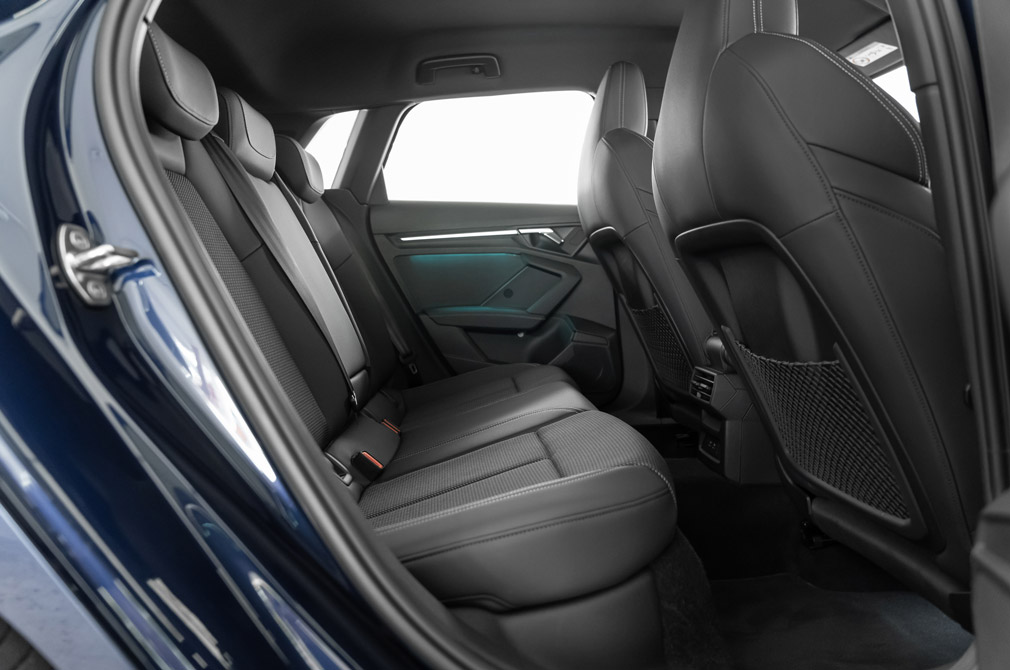 The A3 Sportback’s 2636mm wheelbase isn’t particularly generous, but the interior is packaged relatively well. Occupants up to 1.75m tall will have adequate legroom, but three average-size adults back here will find accommodations to be a squeeze.

Being back here shouldn’t be that uncomfortable though, since there are rear air vents to help cool the space. There is also a pair of USB-C charging ports to help keep devices juiced up.

Since the A3 Sportback and the VW Golf share the same platform, it’s no surprise that both hatchbacks have the same boot capacity of 380 litres (rear seats up).

Curiously, however, when the backrests are folded, the A3 Sportback only offers 1200 litres, or 37 litres less than the Golf. It should be the other way around – you are after all, supposed to get more in an Audi. 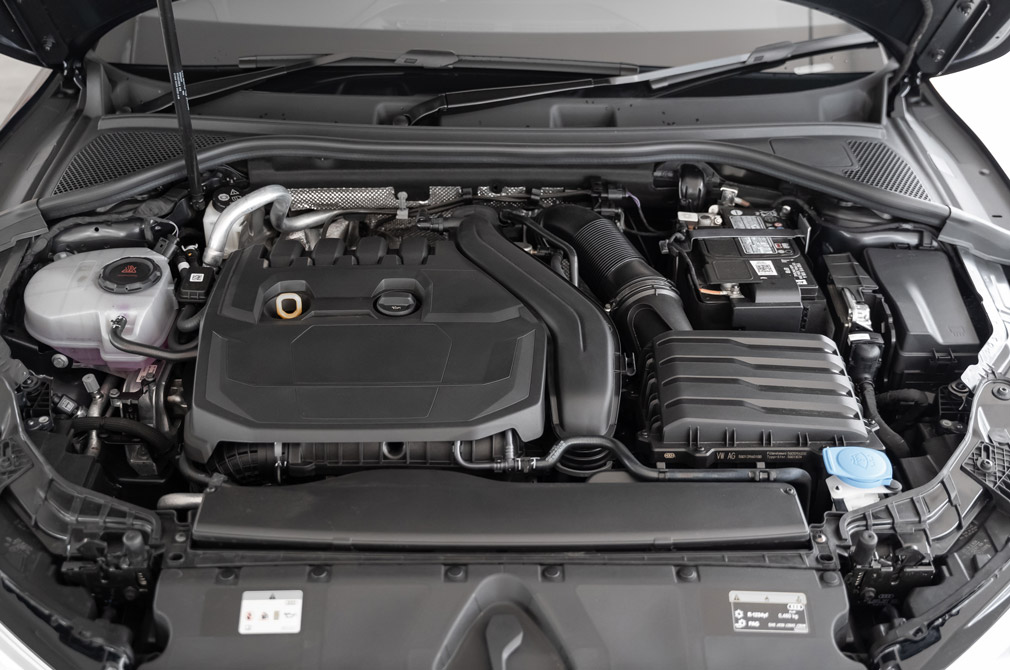 As mentioned earlier, the A3 Sportback utilises the same 48-volt mild hybrid powertrain found in other VW Group models. That means 148hp (150PS, 110kW) and 250Nm, delivered through a 7-speed dual-clutch gearbox.

However, the powertrain is more refined in this application, which is probably due to the better noise insulation. The engine is quieter even when stretched, and the gearchanges feel slightly more seamless.

The car dispatches the century sprint in 8.4 seconds, which is quick enough to overtake most cars, so it does well in city driving. On expressway stretches, the 48-volt system can perform two kinds of coasting – “clutch in” and engine off.

The system decides depending on driving conditions. During “clutch in”, the revs drop to idle, which is similar to depressing the clutch pedal in a manual car. When conditions allow, the engine is switched off and the car coasts.

Audi says that the system enables the A3 Sportback to save up to 0.4 litres of petrol every 100km travelled. It doesn’t seem significant, but it does add up over time. At any rate, the key thing is that there are no vibrations when the stop-start system restarts the engine. 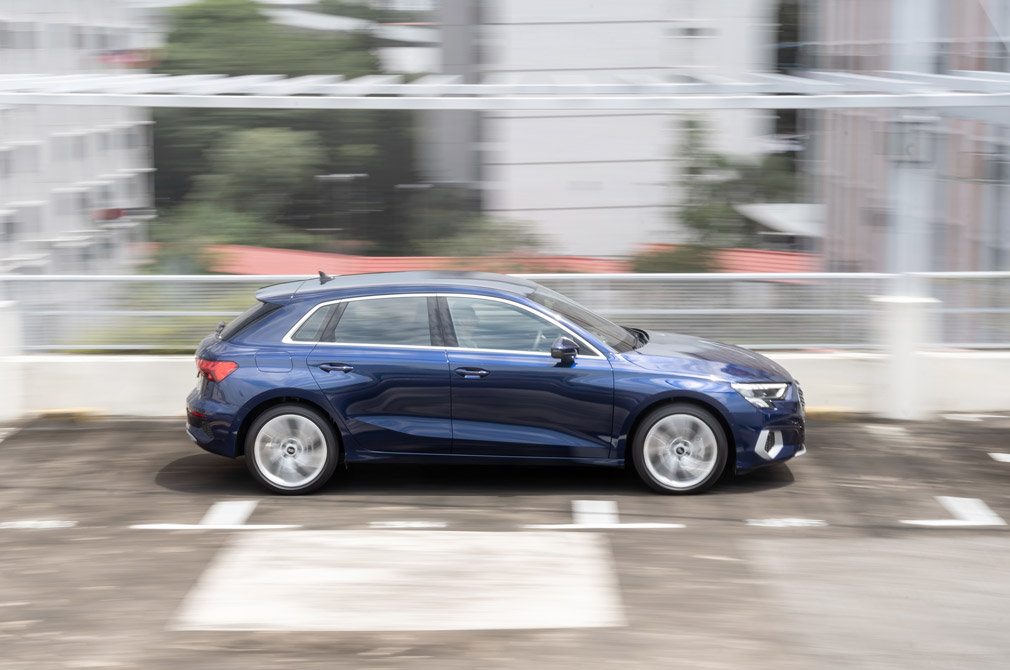 I expected the A3 Sportback to have predictable and linear handling, and it didn’t disappoint. What I didn’t like was the lack of feedback from the helm. Unless you set Drive Select to Dynamic, the overly assisted steering and lack of communication will be disturbing.

The A3 Sportback has an easy-going nature, so spirited drives are best left to the sportier S3 and upcoming RS3 models.

That said, replacing the stock Pirelli Cinturatos (which emit droning sounds on expressways) for something better and grippier, would make the A3 an even nicer drive.

BACK TO THAT QUESTION

Cynics will say that the Audi A3 Sportback is just a “glorified Golf”, but that is an oversimplification.

Though its powertrain is not unique, the A3 Sportback offers greater scope for customisation. Explore the configurator and you’ll find more available options for paint colours, and wheel sizes and designs. A B&O system can even be specified if you like.

So, the A3 Sportback doesn’t just wear a sharper suit. It also delivers a better driving experience because it has better manners and more refinements. The new Golf 8 is more upmarket than ever, but it is not on a par with this.

It may be understated, but Audi has nevertheless done a swell job with this hatchback. 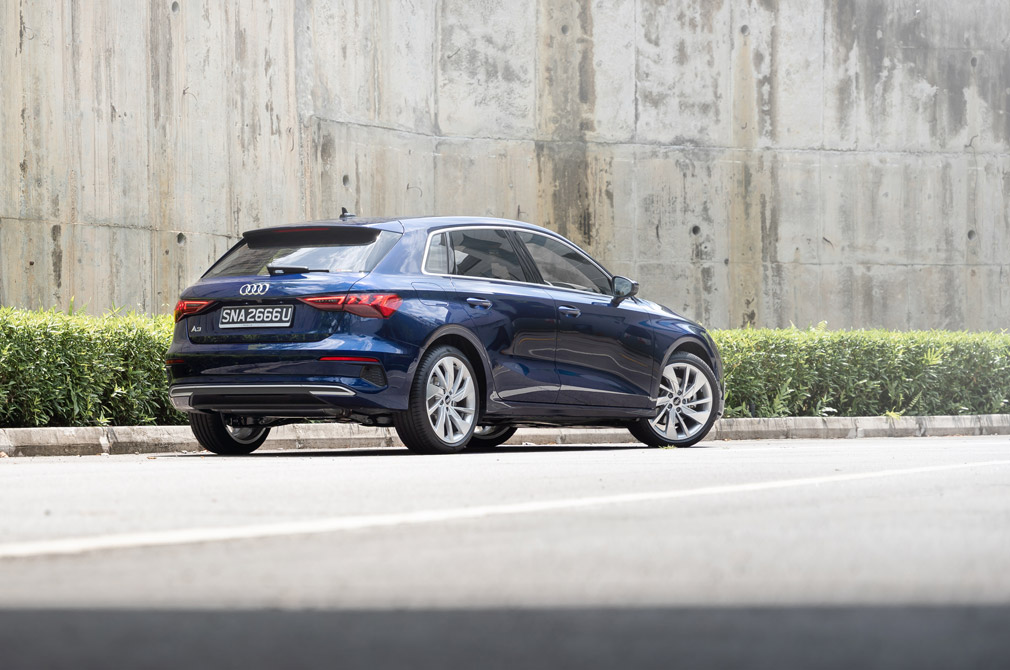