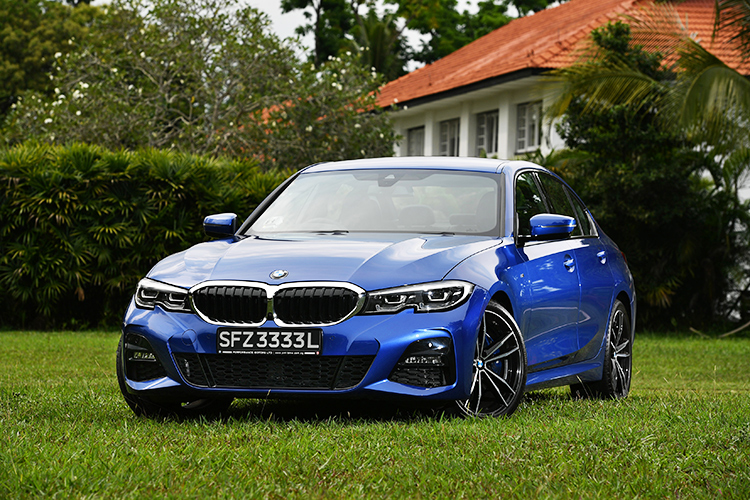 The BMW 3 Series is probably the only junior model in a line-up which is revered as highly as its bigger siblings.

When it was introduced 44 years ago, it quickly created a niche for itself by being a compact sedan which drove as well as bigger, sportier and costlier models.

Over time, the BMW 3 Series became the gold standard among premium performance sedans.

But with that status comes high expectations, which, alas, the latest BMW 3 Series does not quite meet.

Its biggest flaw lies with its suspension. While an M Sport chassis is expectedly firm, this one is unyieldingly so.

Over sub-par surfaces, the car’s ride is especially jarring, with a level of bumpiness which will dislodge a false eye.

Next, its size. The seventh-generation 3 Series is bigger than ever, with dimensions rivalling those of not-too-distant 5 Series sedans.

Its wheelbase measures 2851mm, which alone disqualifies it as a compact.

While families will cheer the additional space the new dimensions bring, driving enthusiasts are unlikely to relish the new 3 Series’ bloatedness.

To be fair, its styling hides its size well. Optically, the new BMW 3 Series even looks slightly smaller than its predecessor.

But behind the wheel, the latest BMW 3 Series’ expansiveness become obvious. Visibility is poorer and it becomes harder to judge the car’s four corners as speed builds up and turning angles tighten.

The BMW 330i’s drivetrain, while thoroughly impressive with its output, is less than sparkling when it comes to how that output – 258hp and 400Nm – is delivered.

Throttle response is not as linear, nor as smooth as you would expect of a brand known for making brilliant engines.

This shortcoming is most pronounced in Comfort drive mode. 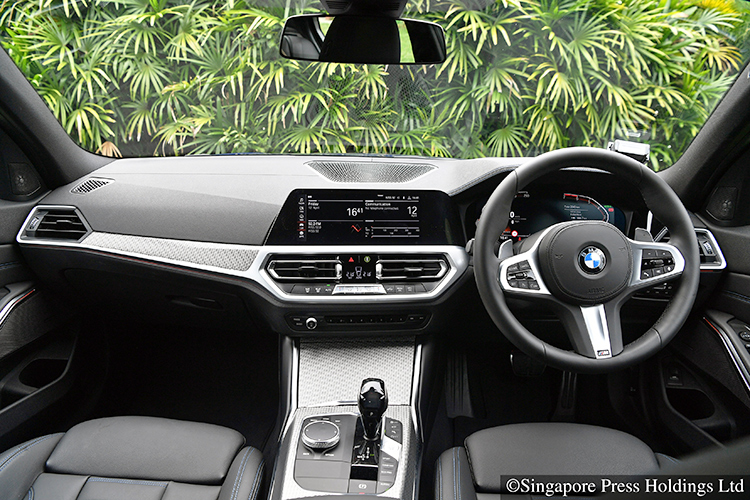 Yet, the new 3 Series’ appeal lies ironically with some of the very traits which make it less of an ultimate driving machine.

Its wheelbase has grown by 41mm.

As mentioned, the dimensions translate to a roomier interior, although the boot is deep but narrower than most people would like.

The 330i’s cabin is luxuriously furnished and excels in fit and finish, except for a razor-sharp window lining.

You will find plenty of tech too, such as a 12.3-inch instrument cluster, 10.25-inch control display and the biggest and most illustrative head-up display in its segment.

Rear occupants get their own climate control settings and a Harman Kardon sound system pumps out 464 watts of crisp audio.

The BMW 330i also gets a Siri-like “personal assistant” which responds to conversational commands.

Unique features include Reversing Assistant, which retraces the last 50m path forward – useful when you have made a wrong turn.

Besides the remote key, the new 3 Series can be locked and unlocked with a key card (handy if you do not want to hand over the key to a valet). You can also program your smartphone to function like a key.

The car’s turbocharged 2-litre engine also means it is road tax-friendly for something which previously would have required a 3-litre unit.

So, while BMW 330i car may not be like the 3 Series of old, it is a very polished modern carriage. One which will no doubt benefit from a retuned suspension.