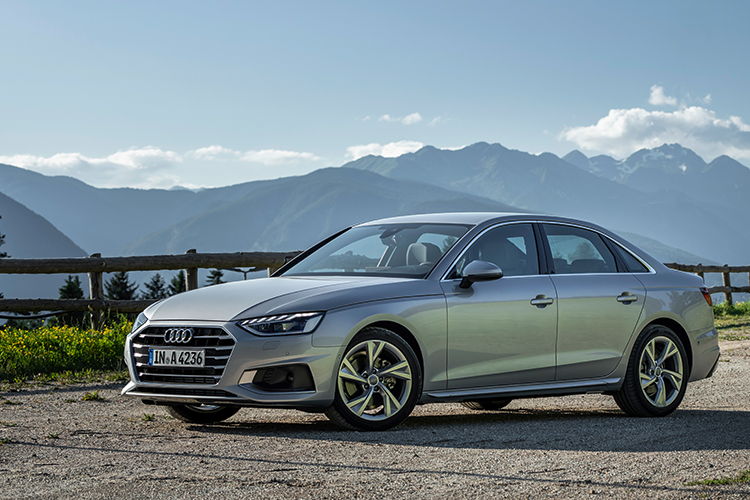 The Audi A4’s speedometer shows 165km/h and I am passing a line of vehicles on a stretch of autostrade.

But there is hardly any noise in the cabin of this facelifted A4 2.0 TFSI saloon, except for a slight swishing sound coming from the side mirror.

The Audi A4 is one of the quietest cars I have driven. Its ride is pretty decent too.

Along broken country roads, the car’s all-round, multi-link suspension did a commendable job of soaking up occasional potholes – even in Dynamic drive mode.

Handling-wise, the front-wheel-drive Audi A4 coped admirably with twisting and narrow mountain passes along the test route.

Along one stretch 2000m above sea level, the road was littered with hairpins. I selected “Dynamic” and placed my trust in the Audi A4.

It did not disappoint. Brake, steer, throttle and repeat. Each time, the car carved through corners with aplomb.

The only downside was the A4’s poor steering feedback. Often, I could not discern what the tyres were doing. 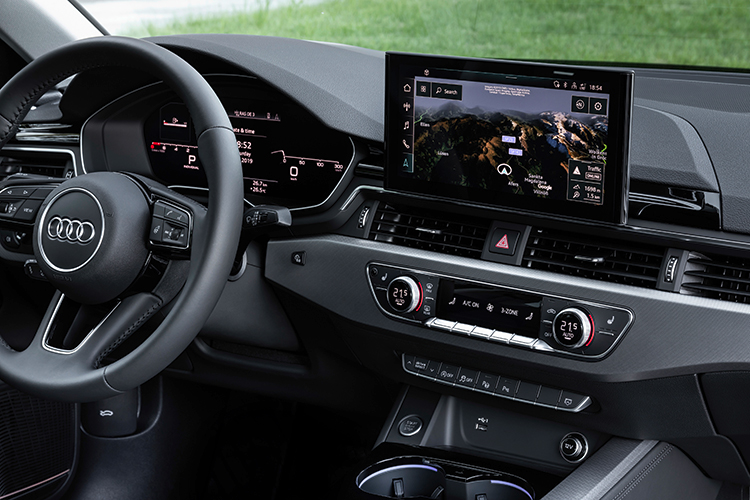 Featuring an almost unchanged drivetrain as its predecessor, the updated Audi A4 has a 2-litre, 4-cylinder turbocharged engine with a 7-speed dual-clutch gearbox.

What is different is a 12-volt mild hybrid system which the car now possesses. Audi claims it saves up to 0.3 litres of fuel per 100km. 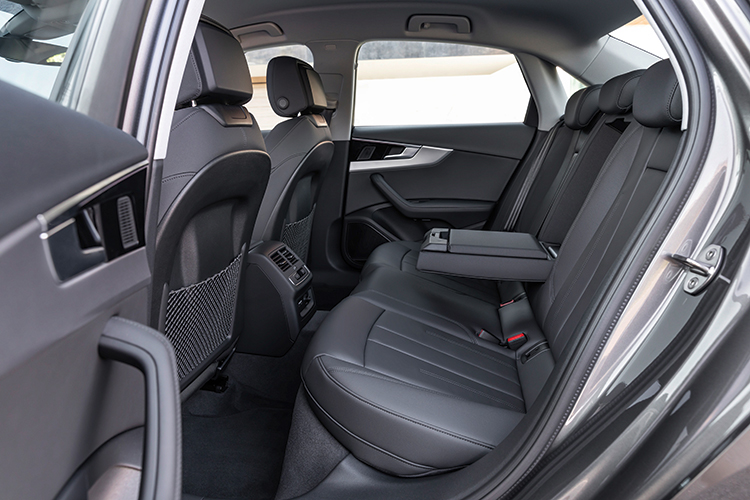 Centred on a belt alternator starter connected to the crankshaft, the system also enables the Audi A4 to coast with the engine off under certain conditions, at between 55km/h and 160km/h.

Except for the roof and bonnet, all body panels are new.

On the A4’s flanks, a single, continuous shoulder line is replaced by distinctive “quattro” lines above the fenders and the lower set shoulder line in between.

The A4’s rear is filled with horizontal lines and looks a little too fussy for my liking. 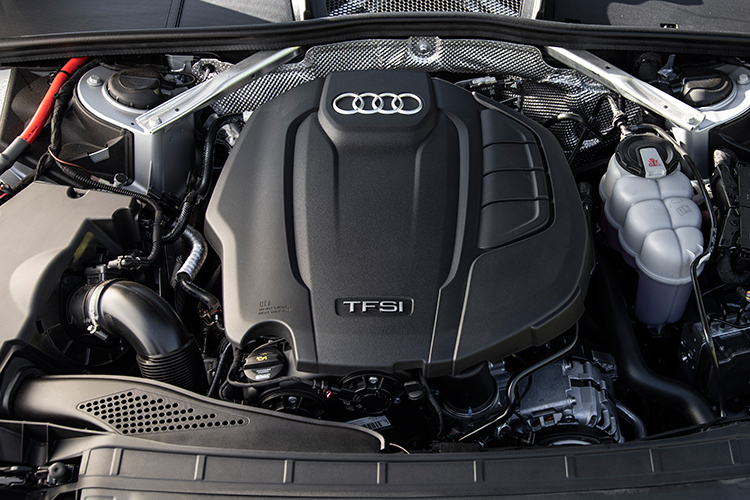 On the whole, the changes make the car seem wider and lower, even though its dimensions remain unchanged, except for a small increase in length.

Inside, the main changes are a new 10.1-inch MMI touchscreen and virtual cockpit plus. The former replaces a rotary-toggled, 8.1-inch display.

Along with a simple layout and nicely sized icons, it is more legible.

But it sticks out from the dashboard. Integrating it into the dash, like in the new A1 and Q3, would have been more aesthetically pleasing. 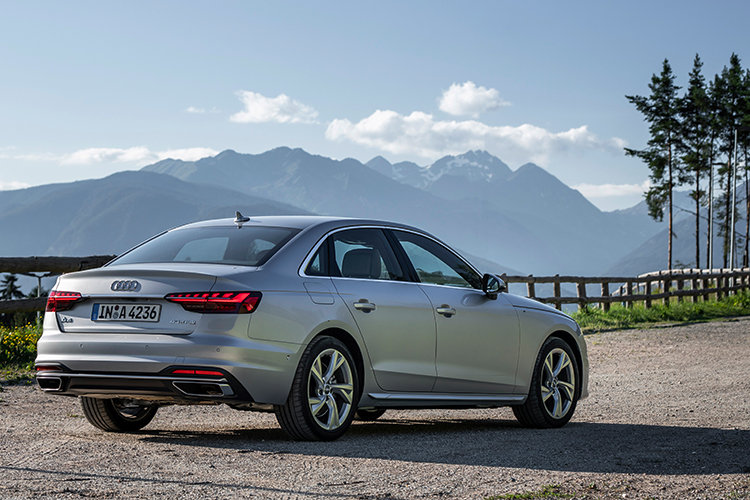 Also, you must reach over to use it. I find the rotary control easier to use while on the go.

The virtual cockpit plus is a gem, though. The clarity and amount of information available is first-rate.

During navigation, the map appears in the display so you do not have to turn your head to view it.

These changes allow the Audi A4 to better compete with the face-lifted Mercedes C-Class and the new BMW 3 Series. 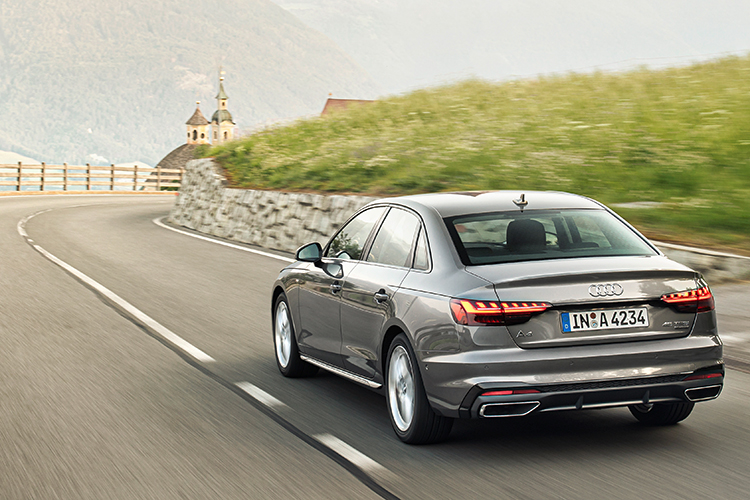 2019 Audi A4 facelift gives it a sportier look, hybrid power

Audi A4 takes on the Volkswagen Passat 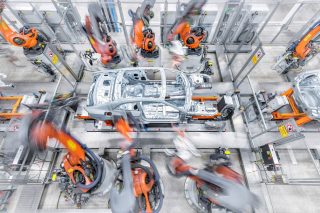 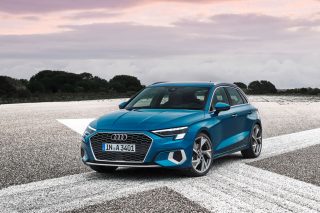 New Audi A3 Sportback is sporty, digitalised and fully connected

New Audi A3 Sportback is sporty, digitalised and fully connected