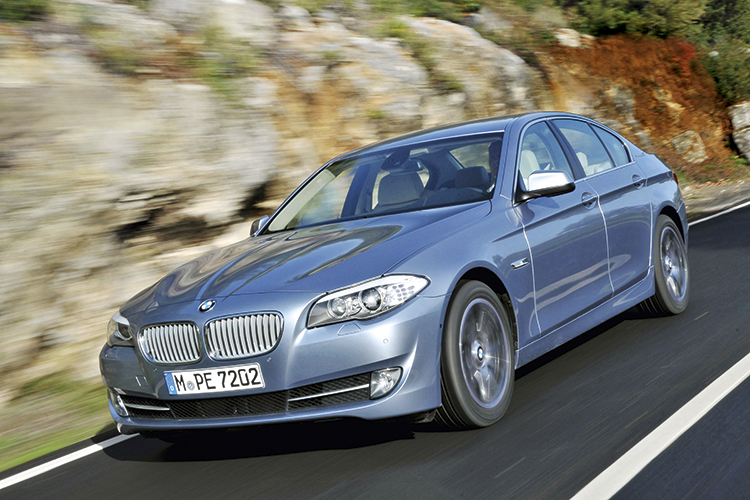 In addition to a deceptively muscular turbo 3-litre from the BMW 535i, the new BMW ActiveHybrid 5 has something special – a 40kW electric motor that sits between the 6-cylinder’s flywheel and the automatic transmission. The space previously occupied by the 8-speeder’s torque converter now houses the motor and its multi-plate wet clutch.

Electrical energy for the motor is supplied by a 1350Wh (watt-hour) battery pack situated just behind the rear seat back-rest. The lithium-ion batteries are currently the most compact electrical energy cells, but they nonetheless take up 145 litres of the original 520-litre boot space. However, the slim, long aluminium battery “box” is neatly tucked away at the far end of the boot and carpeted over. 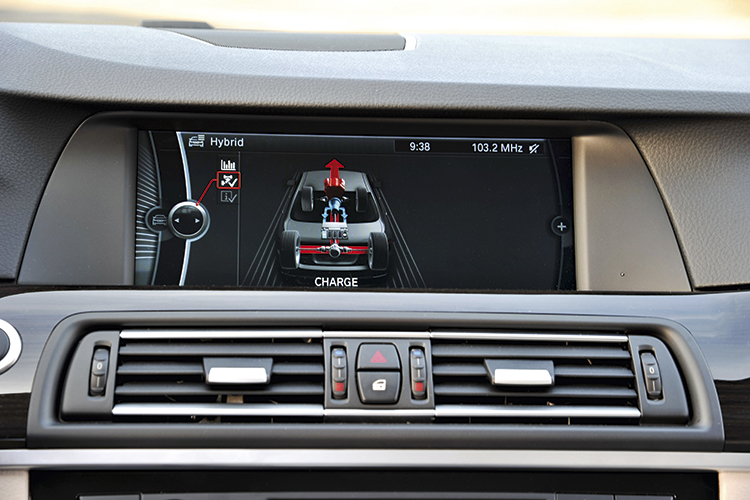 Under most driving conditions, the ActiveHybrid 5 feels exactly like a 535i, and you would forget it is a hybrid. Total output of the powerplant is 340bhp (versus the 535’s 306bhp), but the hybrid weighs 150kg more, which means identical performance figures to the conventional model.

Unique to the hybrid is a coast mode that disengages the engine from the driveline when cruising downhill, for instance, without any throttle input. When the car is literally freewheeling and if the roads are right, it can comfortably sustain a cruise speed of up to 160km/h without sipping a drop of petrol. The only clue to this eco-coasting is the tacho needle resting at zero. Where the vehicle really shines is on city streets. Provided the Li-ion battery has not been depleted and you do not hammer the throttle, the hybrid 5 always moves off in full electric mode. The motor barely whispers and takes the car to 60km/h before internal-combustion power joins in.

At traffic light stops, the engine shuts down but starts up with no fuss when needed. The air-con continues to function because the compressor is a purely electrical device with none of the traditional belt-and-pulley assembly. The electric motor’s clutch mates the two propulsion units (“petrol” and “electric”) so that extra torque (210Nm) can be summoned to assist in acceleration. 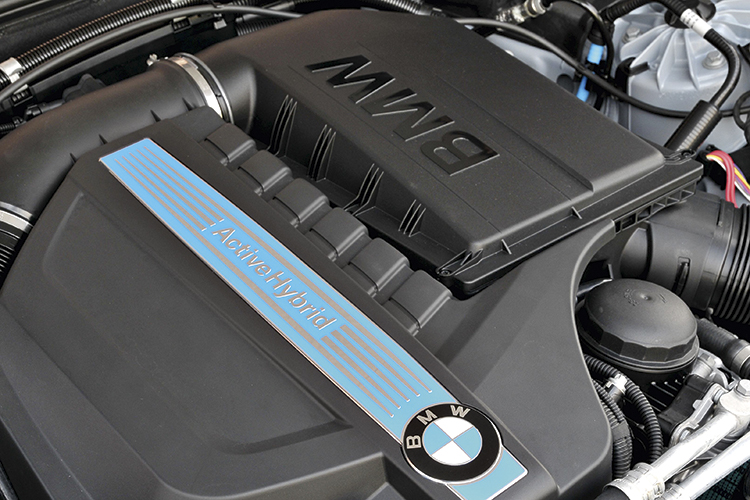 During braking or slowing down, the motor reverses its power flow, becoming an alternator to supply 3-phase 317V to the power module that converts it to DC to charge the batteries. Loading the motor in this manner is what we refer to as “regenerative braking”.

Without a doubt, this is the most refined and unpretentious hybrid four-door we have driven to date. You can also specify a special metallic blue colour (on car pictured) and aerodynamic 18-inch Streamline alloy wheels. 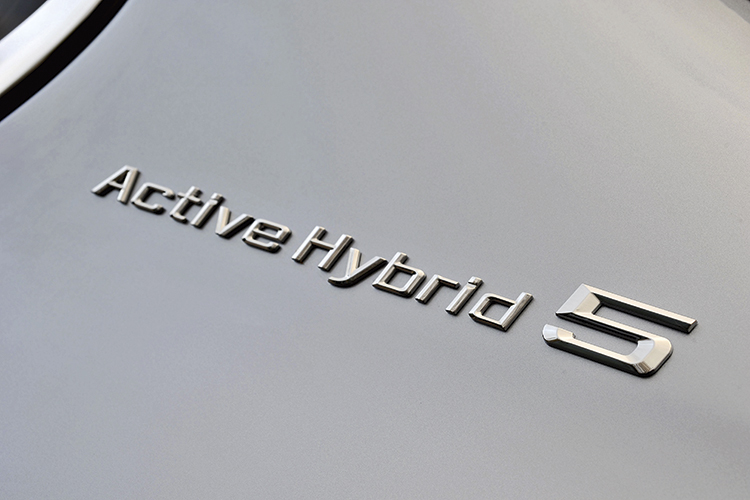