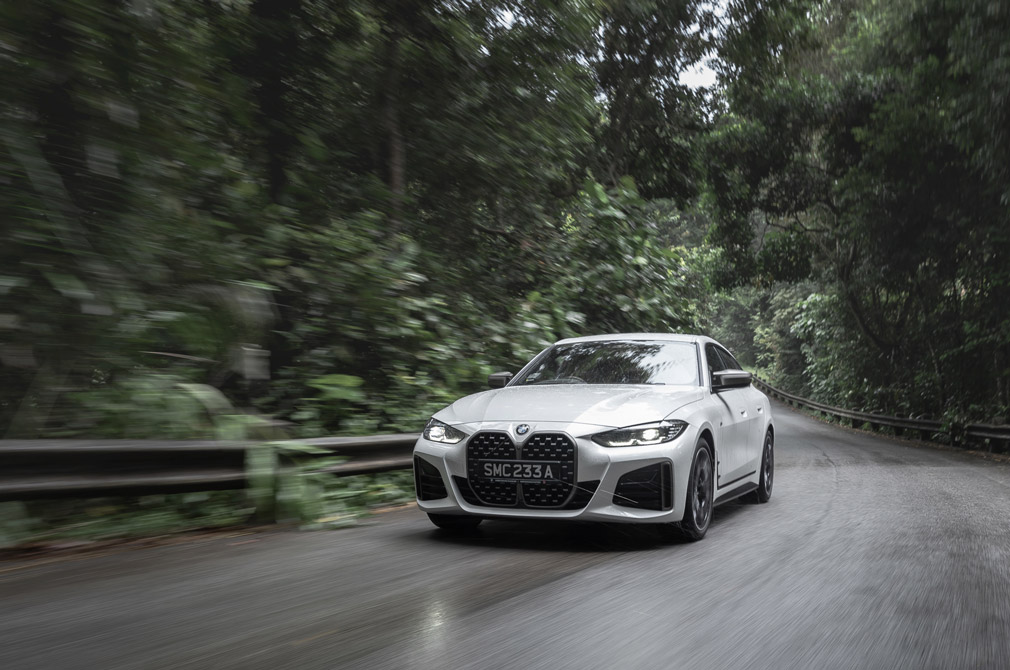 French is a language that I know very little of, apart from words such as cognac, si’l vous plait (please) and merci (thank you).

But there is one phrase that comes to mind more often (than cognac): je ne sais quois, defined by Merriam Webster as “an appealing quality that cannot be adequately described or expressed.”

Utter this phrase and your listener gets it. 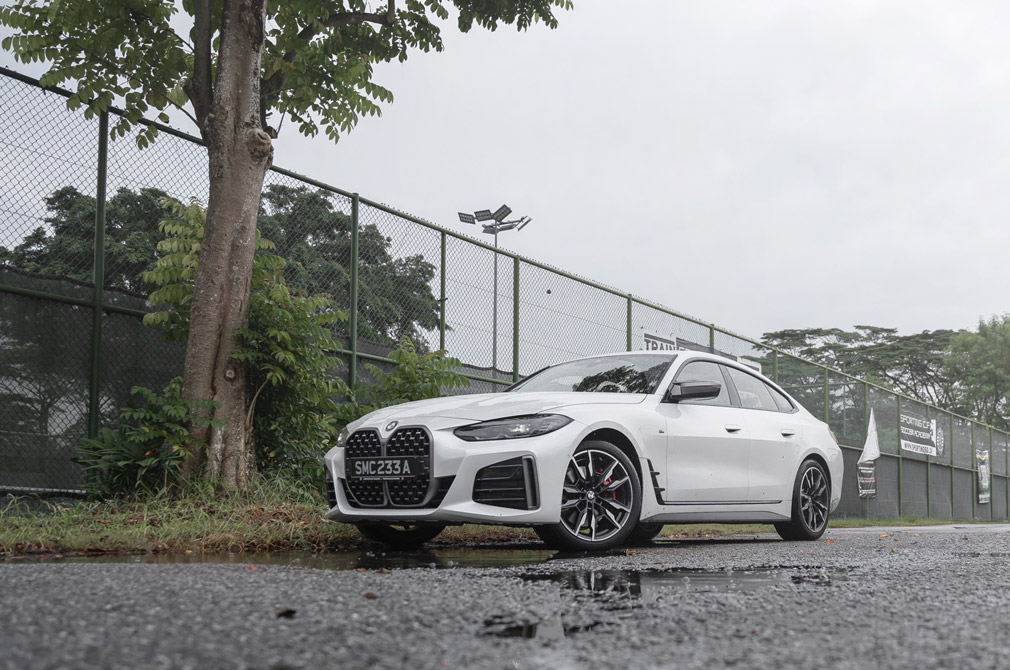 Since its launch eight years ago, I’ve wondered on and off about what makes the 4 Series Gran Coupe such a compelling drive. And for a while, I put it down to je ne sais quois.

The first-generation car looked good and handled well. Even in 428i guise, the turbocharged 2-litre beneath its bonnet felt strong and capable. During its launch, I drove it around the hilly roads outside Bilbao, Spain, and it was a lovely experience.

The second-gen model you see here is well-versed in dynamics as well. But handling isn’t what makes it cool for me. It’s the fact that the 4 Series Gran Coupe has fluidity.

There are cars that excel at pointing-and-squirting, deploying lots of power in one go in a manic and sometimes breathless routine. Plugging gaps in traffic and nailing that overtake as the distance between you and the oncoming vehicle shrinks – powerful EVs serve this purpose best. 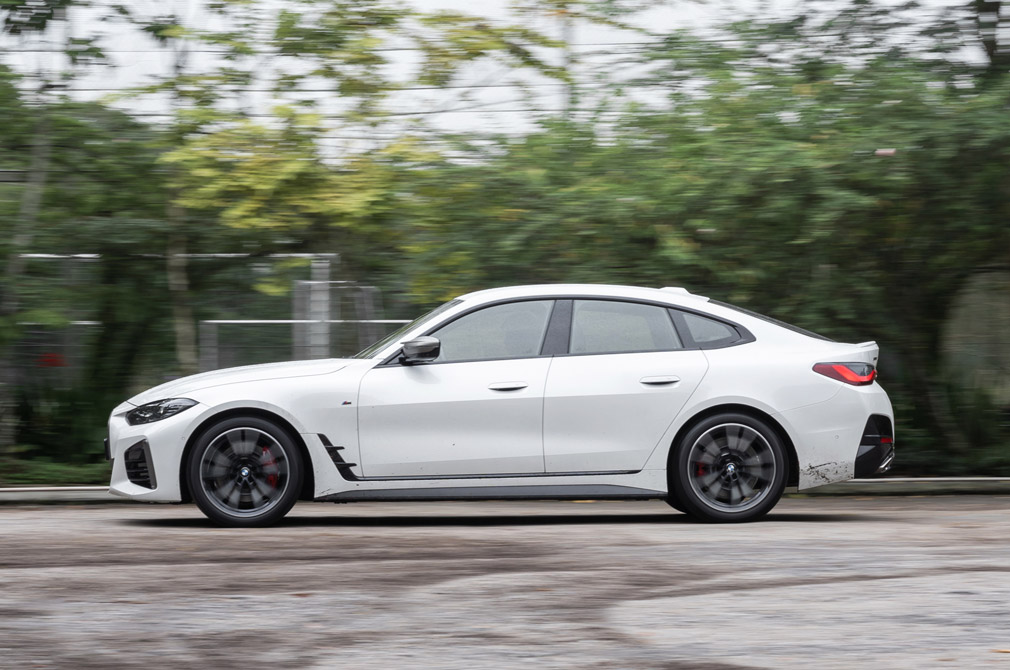 But when you want to silkily glide from one corner to the next, you want a car that can flow uninterrupted. That’s what a grand tourer like the new 4 Series Gran Coupe does.

That’s impressive since this generation is 143mm longer, 53mm taller and 27mm wider than before. Its wheelbase, now 46mm longer, measures in at 2810mm. Both front and wheel tracks have been widened, too. You’d expect something like this to feel clumsier now, but it isn’t.

Turn into a corner and the rest of the car follows the nose decisively. This is a large vehicle, though, so it cannot respond to rapid directional changes as quickly as say, the M4 Competition Coupe.

But it does flow, and it does it instinctively. My only beef is that when you keep repeating this manoeuvre, you feel the hefty tailgate weighing down the rear end, making it feel like it is a half-step behind.

We don’t have mountain roads in Singapore, but we do have some sweeping bends and lots of expressways, where the M440i can at least stretch its long legs. It is less content in congested conditions. 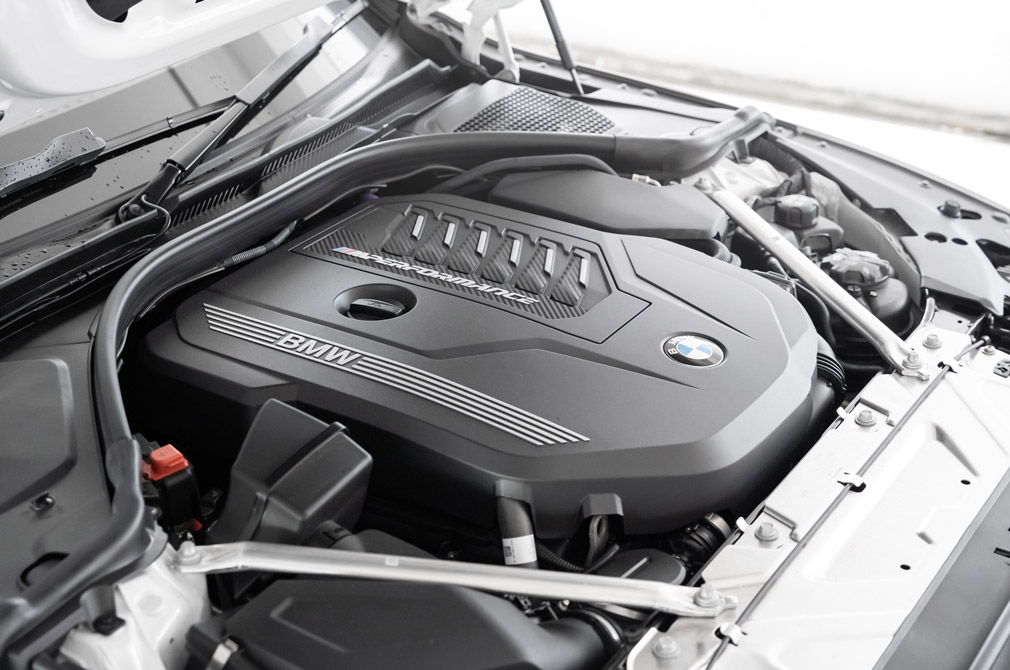 Said conditions are when the turbocharged 3-litre inline-6, equipped with a 48-volt mild hybrid system, helps. On its own, the mild hybrid can deliver an additional 11hp, which smoothens the low-to-moderate speed performance.

The straight-6 motor, on the other hand, serves up 374hp and a stout 500Nm, giving the M440i serious firepower. Utilise the launch control system and it’ll put the fast in fastback, enabling it to hit 100km/h in 4.7 seconds.

The relatively wide powerband lets you work the engine with the aid of the 8-speed automatic gearbox. The motor is buttery smooth – as all inline-6s should be – and likes to be revved. The M440i could use a louder soundtrack, but that would go against its purpose as a grand tourer.

M440i units from the official agent are equipped with xDrive (all-wheel-drive). I suspect that the regular, rear-wheel-drive version, might feel more agile and hence be even more fun to drive. 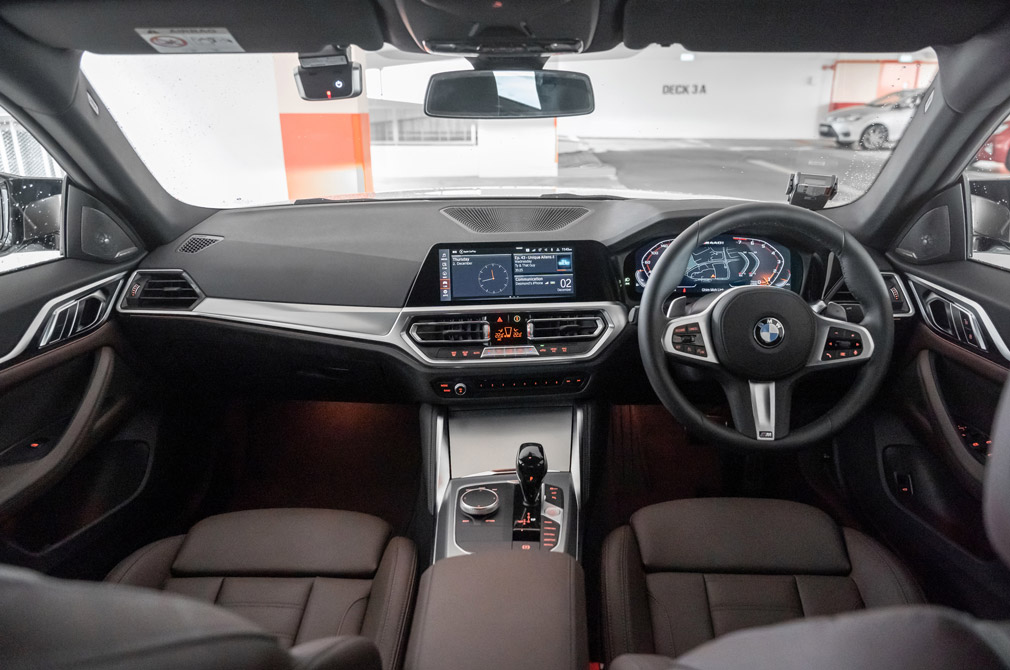 Apart from offering a dynamic drive, the M440i’s commodious boot is ideal for carrying bulky items. It offers 470 litres with the rear seats in place and 1300 litres when the seat backs are folded. For added flexibility, the seat backs have 40:20:40 split-folding capabilities.

There’s enough room for a week’s worth of groceries. And instead of a foldable bicycle, you could fit a full-sized one with the seats folded. No need for an unsightly external bicycle rack.

Design-wise, the only components that annoy me are the door handles, which look like they came from the 1980s. They are hinged and require you to lift them up – a motion many of us are no longer accustomed to, as most cars today have pull-type handles.

There’s a more refined solution though: The electronic door handles on the BMW iX that gently pop open with a button press. It certainly suits the car’s refined character. 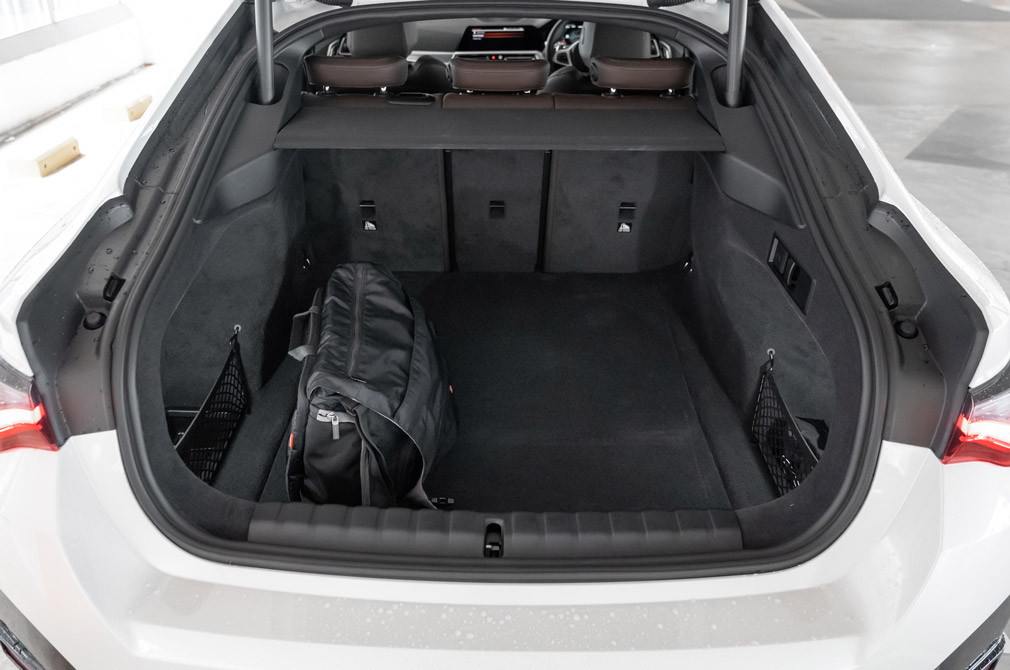 In fact, it even seems like the M440i is playing the role of a stalking horse – it exists to help convince buyers to purchase an M3 instead. In its price segment, an M3 is well within reach of someone originally considering an M440i.

However, the M440i is a totally different animal. It’s a lot more potent than a regular 4 Series Gran Coupe, but more suited to the open road instead of the confines of a racetrack.

The M440i no longer has an air of mystery about it, for its fluidity is what gives it its enduring appeal. I am a bit sad because I cannot reply “je ne sais quois” when asked why I like it.

Instead, the word “cognac” will come to mind when I think about this car. And that makes me very happy, too. 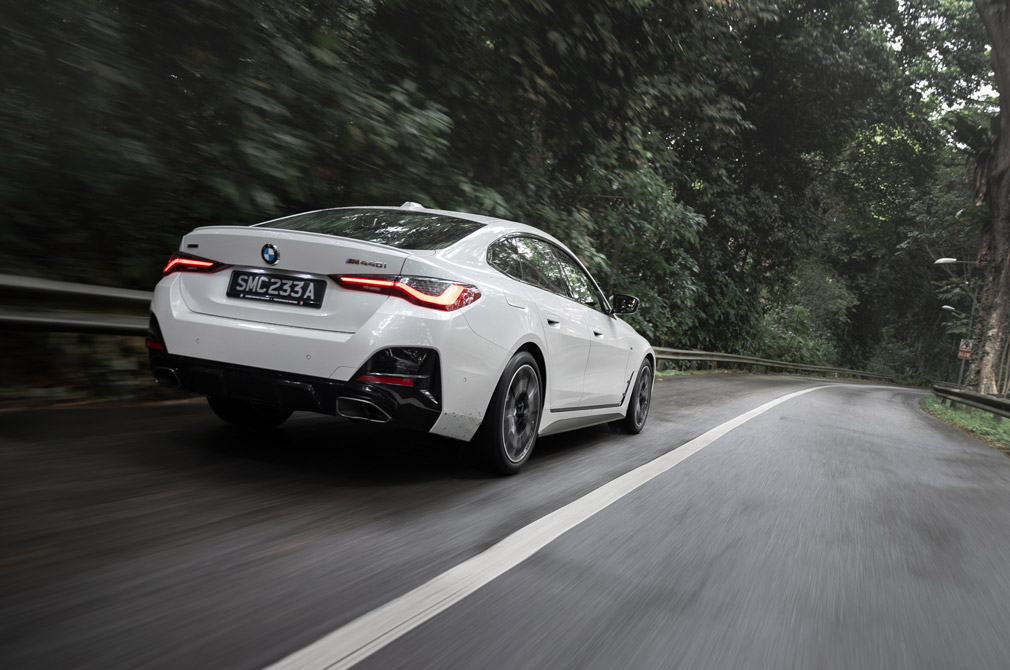