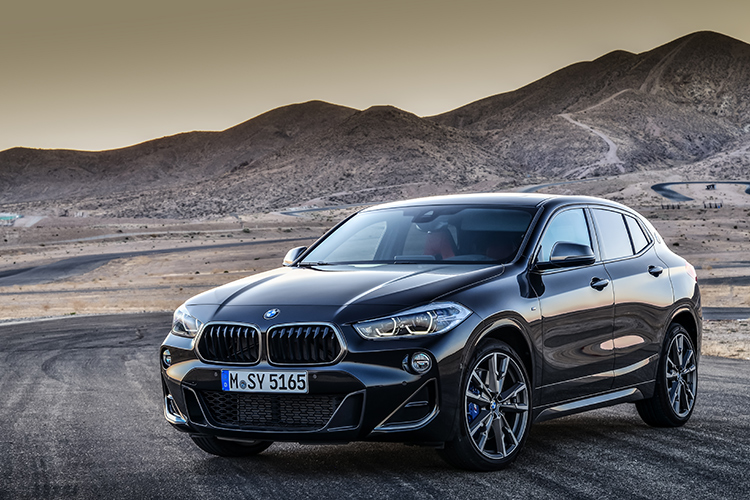 From the X1 to the latest addition X7, BMW’s X family of sport utility vehicles (SUV) accounts for almost half of its total sales, driven by the relentless demand for SUVs worldwide.

To entice even more buyers, the latest X2, which was launched last year, has a new variant joining the stable – the M35i.

The X2 M35i is the flagship X2. It has a road tax-friendly, turbocharged 2-litre engine producing 306hp and 450Nm of torque.

Said motor is BMW’s first M Performance 2-litre engine and its most powerful 4-cylinder, too.

To give some perspective, the sDrive M Sport X2 develops 189hp and 280Nm with the same displacement. The extra horses and torque extracted by BMW’s M Division propel the X2 M35i from zero to 100km/h in 4.9 seconds. 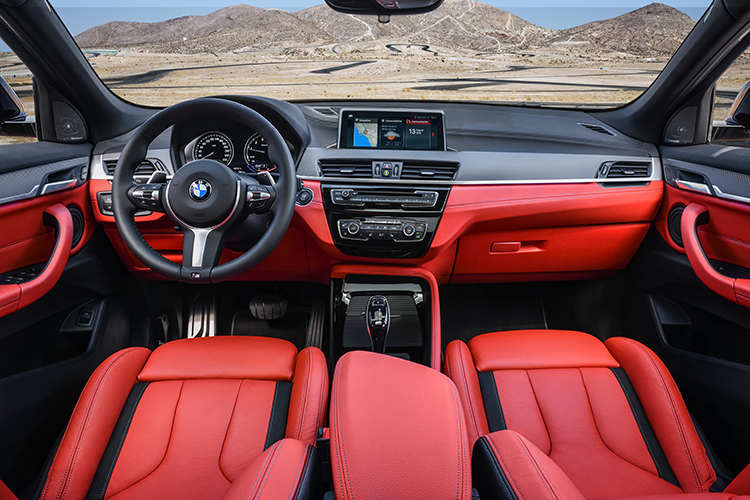 This is achieved via its Launch Control and double-quick 8-speed automatic gearbox. The two less-powerful X2s rely on a 7-speed dual-clutch transmission.

Unlike the front-wheel-drive sDrive cars, the X2 M35i is an xDrive – BMW speak for all-wheel-drive.

Another first for an M Performance vehicle is the M Sport Differential – a limited-slip differential in the front axle. If a corner is taken too aggressively, the car reduces power in the wheel which is losing traction and transfers power to the other wheel with traction.

The BMW X2 M35i’s brakes would make any Big Brake Kit junkie happy, featuring an M Sport system with huge 18-inch front discs and 17-inch ones for the rear.

And the brake callipers are in glorious Dark Blue. I thought the wheels needed to be at least 20 inches to accommodate the front discs, but apparently 19 inches would suffice. 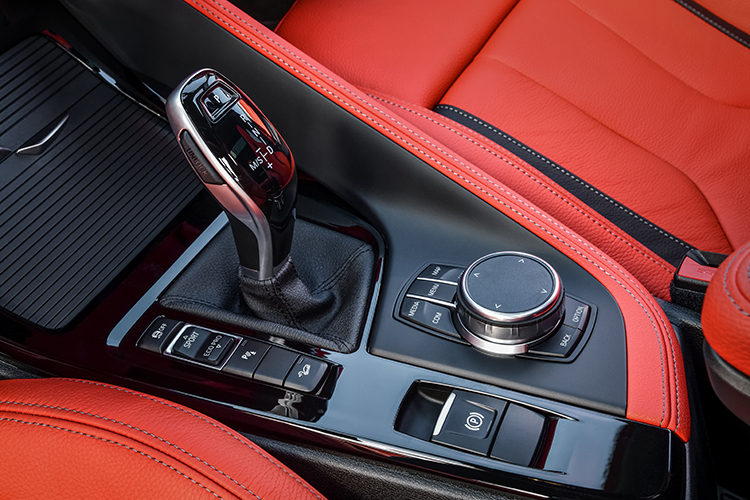 Meanwhile, the steering and suspension have been tweaked for the X2 M35i. But I could not discern any difference from the already communicative steering in its lesser siblings.

The BMWX2 M35i gets adaptive suspension, which is firm and pliant in Comfort mode and a tad too stiff in Sport.

Things are also different behind – there is a spoiler and a pair of 100mm tail pipes (these are 90mm on the sDrive’s). 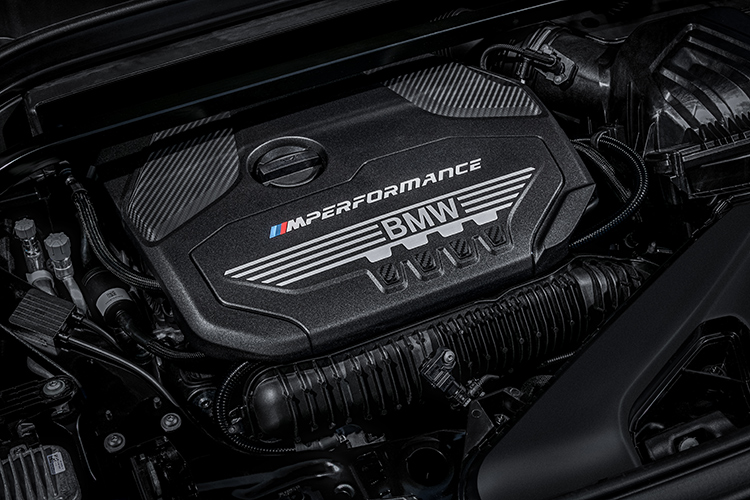 Inside the BMW X2 M35i, the front seats are bucket-like, but without Berlin Wall-high side bolsters, which would make ingress and egress a challenge for “prosperous” drivers.

The cabin is less roomy than the X1’s because the X2 M35i is sportier in design. On the go, it is composed around bends and, expectedly, has less body roll than the X1 or X3.

The BMW X2 M35i has explosive power. On the autobahn, you do not need to give way immediately when a fast-looking car suddenly looms large in the rear-view mirror. 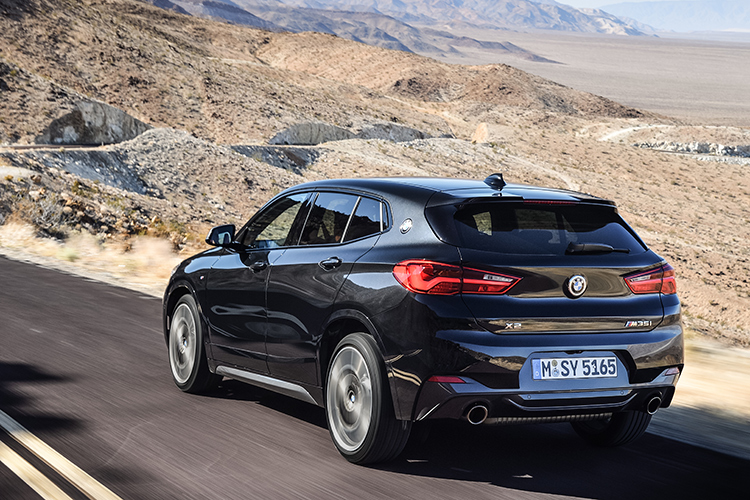 Step on the right pedal and there is a lot of reserve power in the mid-range to quickly put some distance between you and the tailgater.

However, storming down the autobahn at 220km/h causes it to float a little. I settle for 210km/h, which is considerably faster than what many compact SUVs are capable of delivering with comfort and confidence.