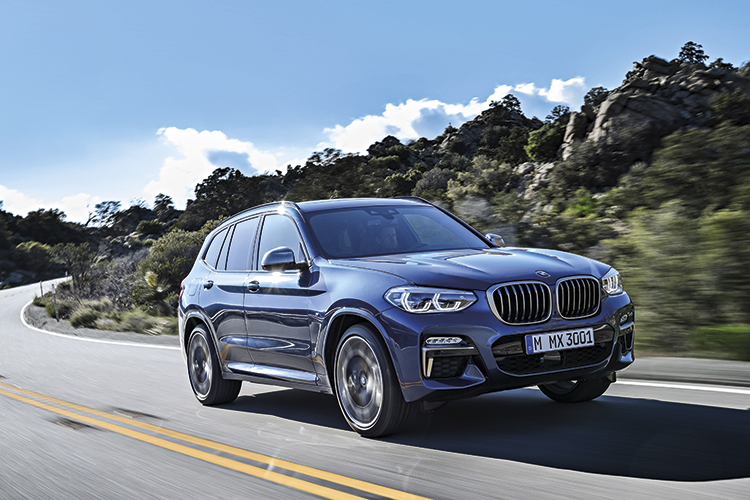 Despite the BMW X3’s larger size, its handling is still fluid, with the rear-biased all-wheel-drive providing plenty of grip.

Launched in 2003, the first-generation BMW X3 was probably the original mid-size luxury crossover. Since then, it has sold over 1.5 million units.

Other premium automakers have joined the fray with their own contenders. Competing with the X3 are the Audi Q5, Mercedes GLC and Volvo XC60.

If size matters, then this third-generation X3 certainly cuts an imposing presence, for it is even bigger than the original X5.

Calvin Luk, who penned the new X3’s exterior, explained that the SUV’s stance is designed to resemble that of a hunky rugby player. 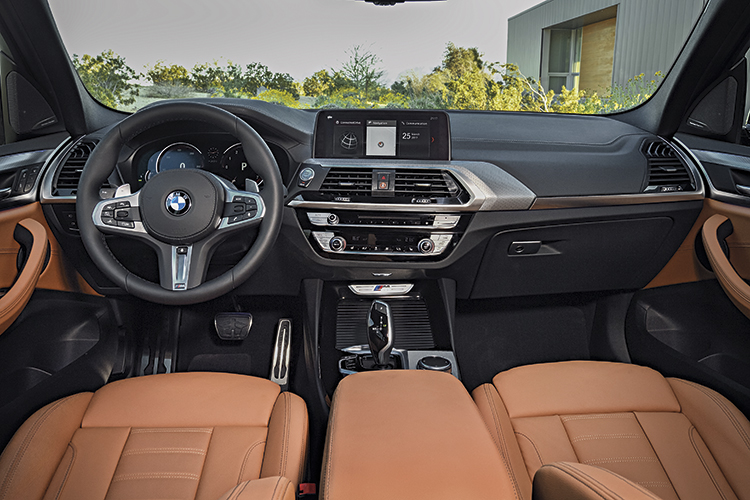 BMW X3 cockpit feels more luxurious than before, with several elements taken from the 5 Series and 7 Series models.

Indeed, the X3 has chunkier kidney grilles to emphasise its bold new look. These are flanked by hexagonally shaped LED headlamps and foglamps, for a more symmetrical face.

If the X3’s rump, with its 3D tail-lamps and sloping roof spoiler, resembles that of the X1, it is because the X1 was also designed by Mr Luk.

The X3’s profile is similar to the previous model’s, albeit with straighter crease lines and semi-hexagonal contoured fenders. Those vents by the front wheel-arches, however, are only for aesthetics.

Although the latest X3 appears bulkier than the previous one, it has a class-leading drag coefficient of 0.29. The more aerodynamic shape contributes to a higher top speed of 240km/h (plus 10km/h) for the turbocharged 2-litre xDrive30i, versus the previous-generation xDrive28i. 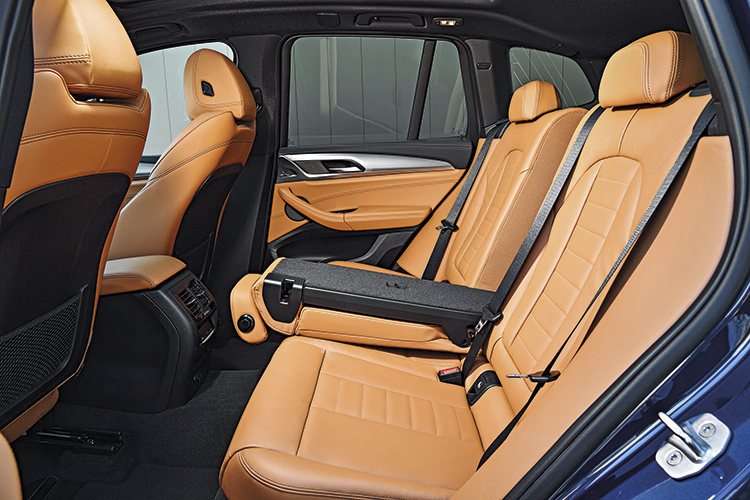 With 252hp, the latest xDrive30i is only slightly more powerful (by 7hp, to be exact) than the older xDrive28i. With the 350Nm torque output unchanged, the xDrive30i isn’t really that much quicker – not even if it is 55kg lighter. The century sprint time of 6.3 seconds (only 0.2 of a second faster) confirms this.

More noticeable are the X3’s improved stability and greater composure, thanks to its new CLAR (Cluster Architecture) platform, which is derived from the 5 Series and 7 Series. The X3’s wheelbase is also 54mm longer than before, and now measures 2864mm.

Despite its larger size, the X3’s handling is still fluid. On winding mountain and coastal roads, the rear-biased all-wheel-drive provided plenty of grip, while the nicely weighted steering made for confident turn-ins. 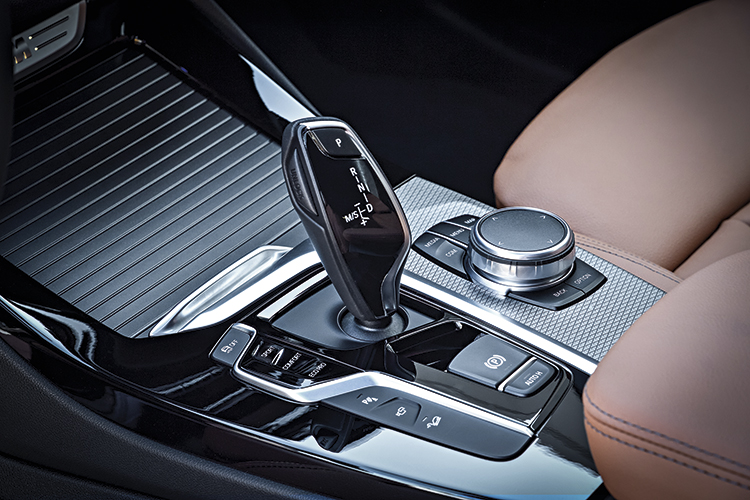 Paddle-shifting through the slick 8-speed automatic was also good fun.

Our test route also included gravel and dirt tracks to give us an off-road experience. The X3 remained in its element, but I nevertheless kept the traction control switched on, so as not to become part of the scenery.

Back in the urban jungle, the X3’s ground clearance of 204mm will make speed bumps out of kerbs, while its fording depth of 500mm will make driving through flash floods feel like you’re splashing through  small puddles. 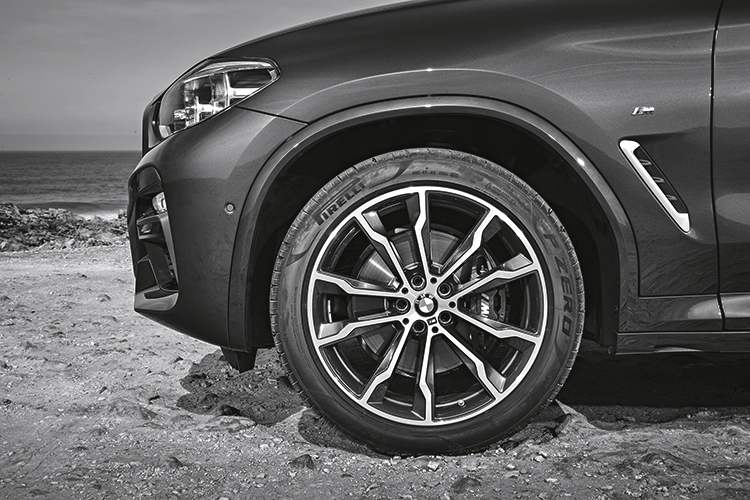 On smooth tarmac, the X3 is hushed. It even has an acoustic windscreen for even better noise insulation. Wind noise around the wing mirrors becomes more apparent above 100km/h, but you can always specify acoustic glass for the front windows to minimise this.

There’s a hint of tyre noise on X3s shod with the optional 21-inch wheels. For a quieter and comfier ride, I’d advise sticking to the 19-inch xLine or 20-inch M Sport wheels.

The cabin of the new X3 exudes a more upmarket feel, with ambient lighting, higher-quality materials and more aluminium trim.

The design elements, such as the digital instrument panel and centre console layout, are similar to those in the latest 5 Series and 7 Series models. 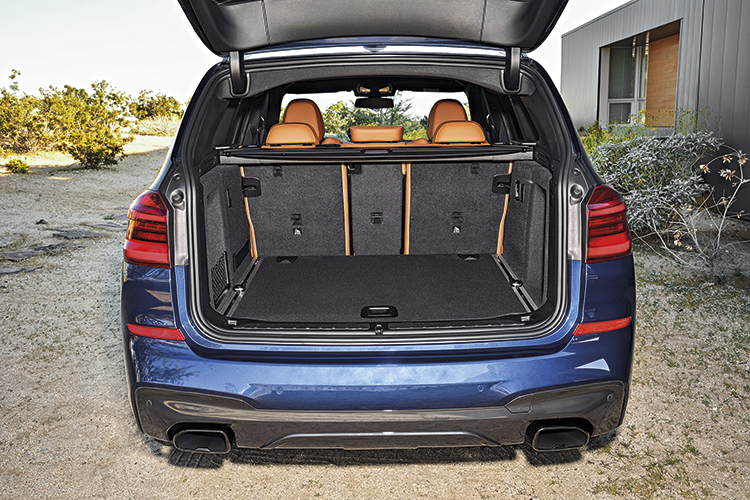 BMW X3’s overall boot capacity is unchanged, but the parcel shelf can now be conveniently stowed below the floor to enable users to haul taller items.

I’m no fan of BMW’s Gesture Control, though. It takes practice, and any Donald Trump-like hand gestures could inadvertently trigger the infotainment system. Fortunately, there are still voice, touch, and iDrive knob controls.

Other safety upgrades include Parking Assistance Plus with 3D View, and Driving Assistant. 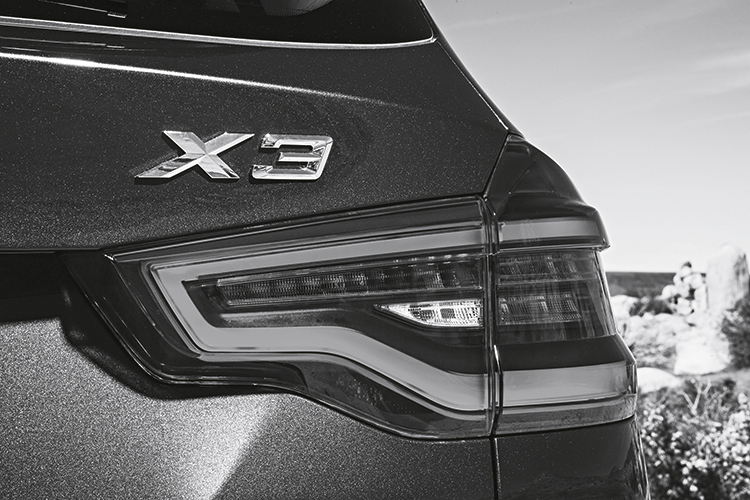 The former can even enable a remote view of the car’s surroundings through a smartphone mobile app. The latter is a suite of features that include Lane Departure Warning, Blind Spot Warning and City Collision Warning.

Driving Assistant Plus has semi-autonomous driving capabilities. New to this optional package are Steering and Lane Control Assistant, Lane Change Assistant, Evasion Aid (it primes the brakes and takes evasive steering action to help avoid a collision), and Crossroad Warning.

The X3’s bigger size and longer wheelbase result in a roomier interior. When equipped with a panoramic glass roof, you get maximum airiness. 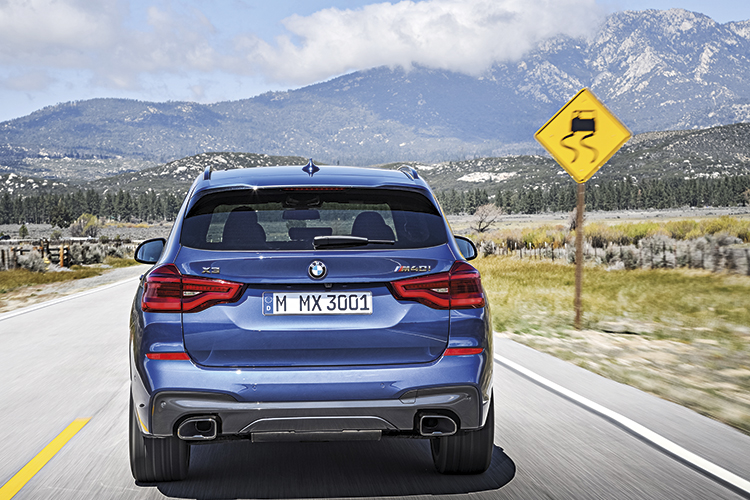 The latest BMW X3 is an evolution of an already very talented and versatile crossover.

Interestingly, the SUV’s boot capacity (550 litres, expandable to 1600 litres) is unchanged. However, the parcel shelf can now be neatly tucked beneath the floorboard when not in use.

The latest X3 is an evolution of an already very talented and versatile crossover. And for the first time, there is a sportier 3-litre variant called the X3 M40i. Packing 360hp and 500Nm, this range-topping version is aimed at the likes of the Audi SQ5 and Mercedes-AMG GLC43.

With its bolder design, classier finishing, and more advanced safety features, the X3 is back as a front-line contender in its segment.

Check out the BMW X3

BMW X2 is a German crossover with x-tra appeal