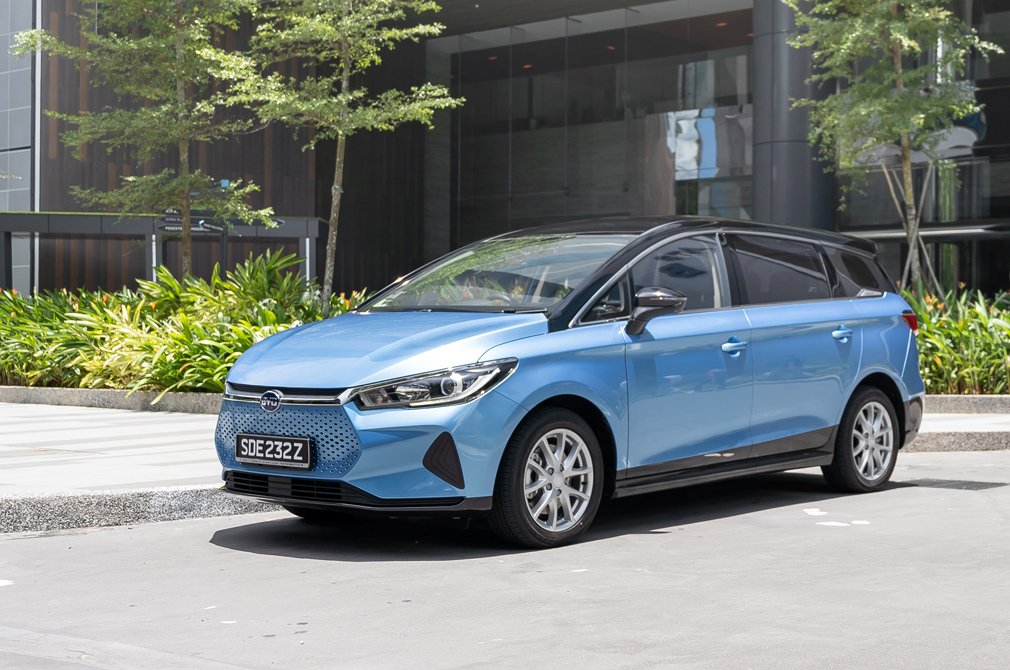 In Singapore, BYD is better known for making batteries and face masks, as opposed to automobiles.

However, the Chinese automaker is one of the largest – if not the largest – electric vehicle (EV) manufacturers globally. Founded in 1995, BYD, which stands for “Build Your Dreams, also offers electric commercial vehicles and forklifts, too.

Now, back to the BYD e6. The previous model, which I drove in 2019, was a boxy crossover full of quirky details. But at the time, it was also one of the most affordable EVs in the market, with a 400km range to boot.

Its numerous quirks, however, probably did not please many. BYD must have noted this, for the model’s successor is a big step in the right direction. 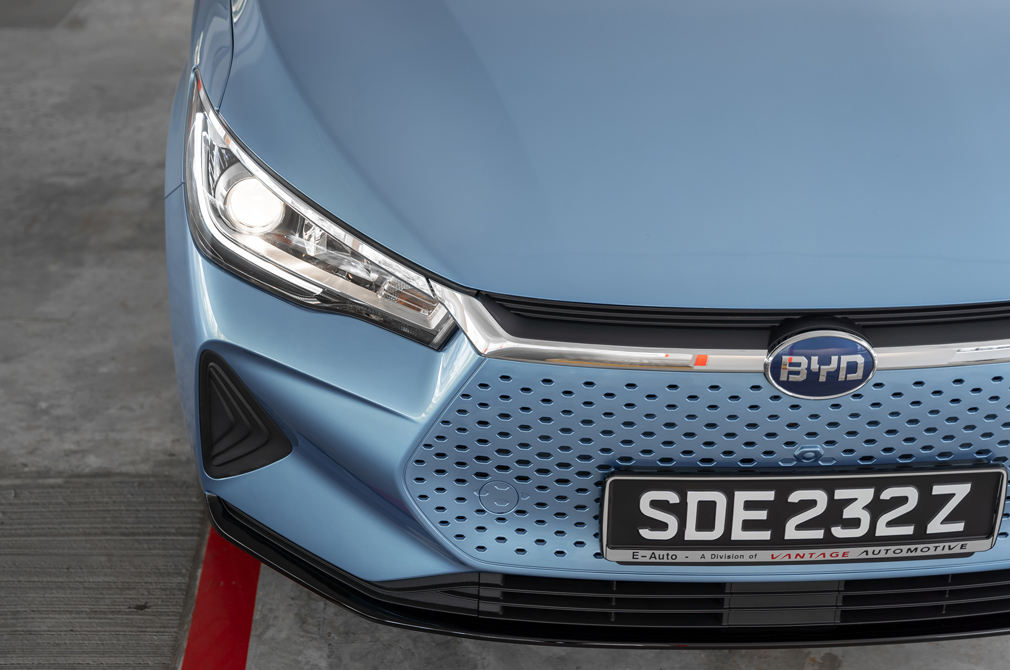 The heavy-looking e6 crossover has been succeeded by a sleeker and more attractive five-seater multi-purpose vehicle (MPV).

It is also a relatively sizeable one at that, for the e6 is larger than a Renault Scenic. In fact, it is even bigger than the seven-seater Citroen Grand C4 Spacetourer.

Though not particularly striking, the BYD e6’s sleek headlights and clean lines are at least inoffensive. Even the nondescript rear end is a welcome improvement over the predecessor’s.

One improvement that’s unexpectedly missing here are LED headlights. They would be a lot brighter than the halogen lamps on the test unit, and more importantly, use less energy, too. 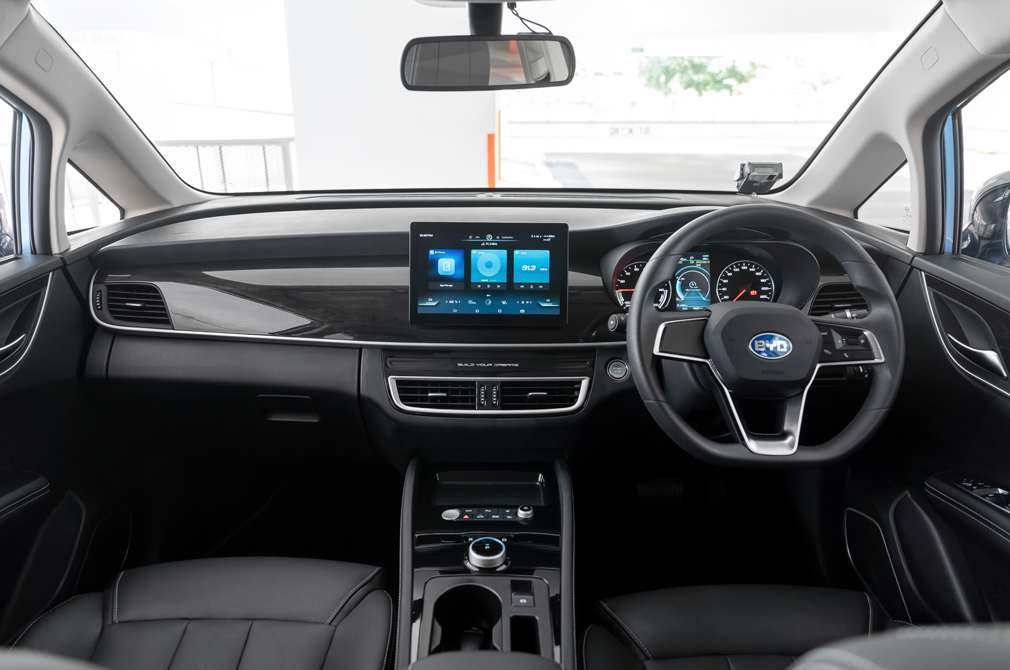 Cockpit is neat and ergonomic, but the infotainment could be better.

The BYD e6’s interior is a lot nicer than before. Overall build quality feels better, and the cabin feels a lot more spacious as well.

Interestingly, the latest e6 utilises an analogue instrument panel unlike its predecessor, which has a digital cluster.

But the important thing here is ergonomics. The new e6’s panel is in front of the driver and is much neater than the old e6’s cluster, which is in the centre of the dashboard and rather cluttered.

Other neat touches include a flat-bottom steering wheel, clean centre console and numerous storage points. BYD clearly put some thought into the user experience and it shows.

One area that could use an update, however, is the Android-based infotainment system. While it offers Bluetooth connectivity, it does not have Apple CarPlay or Android Auto, which offer more seamless connections.

That is why you still need to sync it to your phone’s Wi-Fi connection in order to use Google Maps.

More impressive, on the other hand, is the e6’s remote start function. Pressing a button on the key fob switches the car on and runs the air-conditioning system. This is pretty handy if you usually park outdoors. 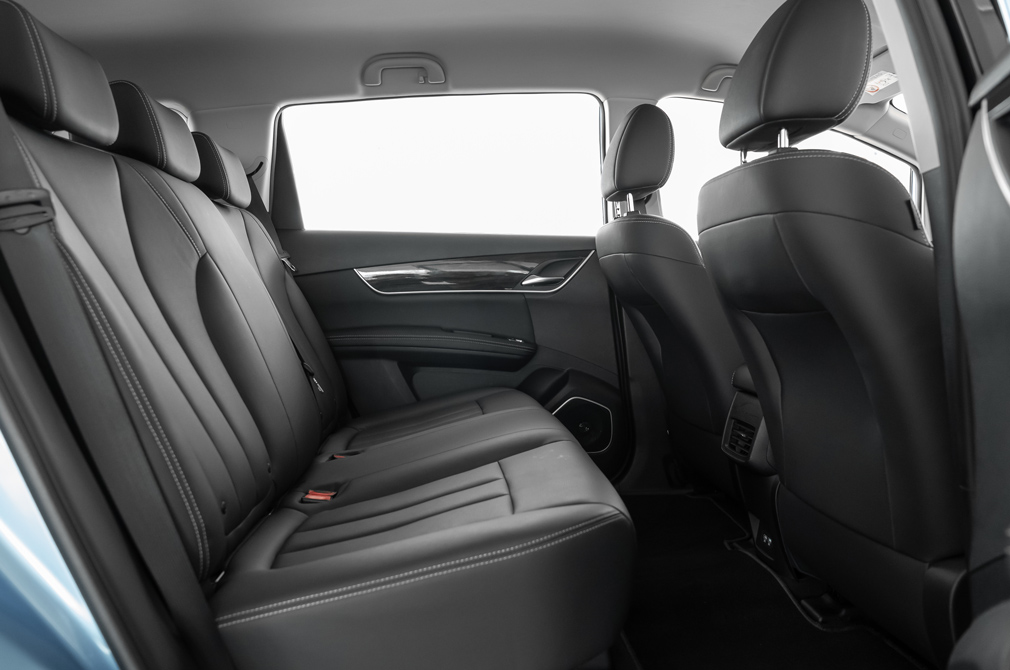 The car’s 2800mm wheelbase and flat floor turn the backseat into a roomy lounge.

In terms of space, the BYD e6 is pretty darn commodious. With a 2800mm wheelbase and a nearly flat rear floor, this MPV’s backseat lets three adults stretch out with ease. There’s also a handy pair of USB ports for charging phones on the go.

The e6 offers a very useful 580 litres of boot capacity. But the storage space is limited and not versatile because the rear bench is fixed. So, unlike other MPVs, you cannot fold the seat backs to stow longer items.

Depending on your intended use, it may or may not be a deal-breaker. 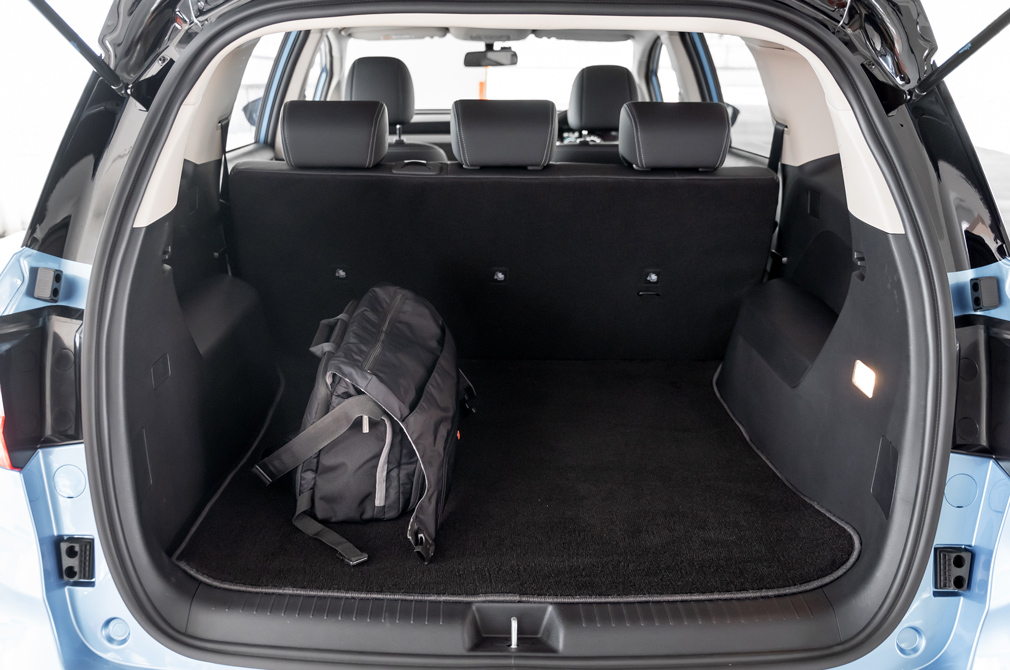 The 580-litre boot would have been even better had the car been equipped with folding backrests.

Range anxiety will be the last thing on your mind in this electric MPV. The BYD e6’s 71.7kWh battery is supposedly good for 522km – the longest range of any EV currently sold in Singapore.

It exceeds the range of the older e6 by a considerable margin. Mind you, that e6 has a battery capacity of 80kWh. With 522km, I could easily use this e6 for 10 days before needing to juice up its Blade batteries.

Charging the e6 is fairly quick, too. With a 40kW AC charger, the BYD e6 can be recharged in an hour and 48 minutes. Using a 60kW DC charger, the e6 will only need 1.5 hours to recharge. 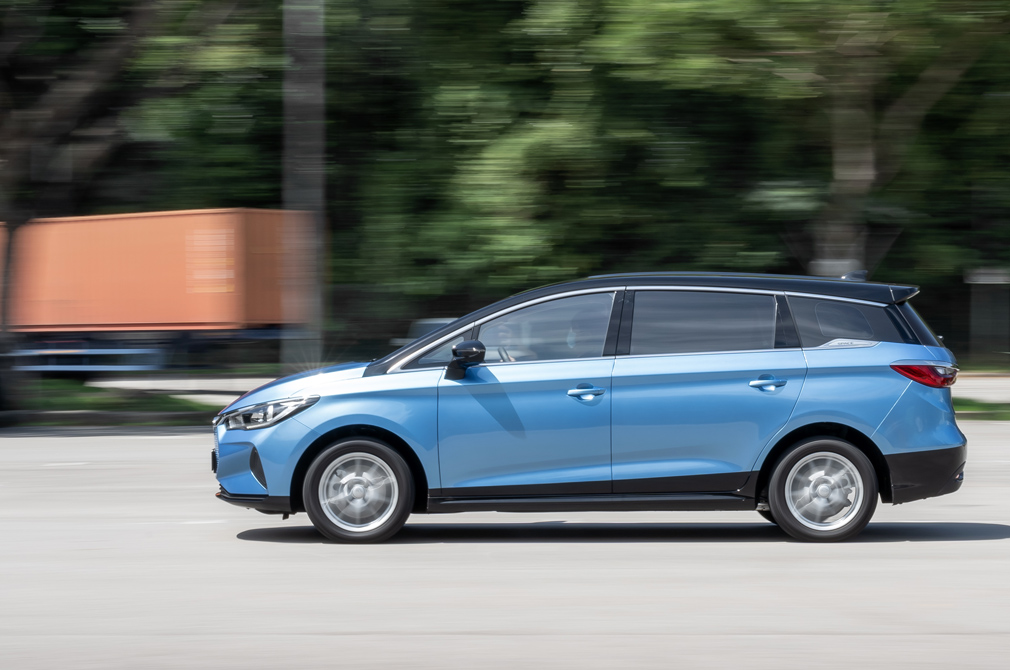 The BYD e6 has excellent range, but in return for this, you have to live with its relaxed performance. The electric motor, which is good for 94hp and 180Nm, has to propel 1930kg. That’s over two tonnes with passengers and their belongings.

Due to its inertia, the e6 is slow off the line. But it’s all good once you get going. Still, look elsewhere if you want a zippy electric MPV that will leave other cars in its dust.

The e6 has quiet and gentle manners. The electric motor is very subdued even under hard acceleration, and the ride quality is better than expected. The BYD e6 dispenses with woolly surfaces without breaking a sweat.

This is thanks to the MacPherson strut and multi-link rear suspension setup, which also contribute to the car’s easy handling characteristics.

It may lean considerably around corners, but the e6 remains progressive and predictable, which might make it less intimidating for a first-time EV owner.

This makes it quite appealing. Most of the missteps, such as the lack of Apple CarPlay and electrically folding wing mirrors, and that strange single air vent for the backseat passengers, can be overlooked.

You get huge space, good refinement and frankly, stupendous range. Anyone who says that the range “is still not enough” does not know what they are talking about.

If you have a family of five and wish to get on the electric bandwagon, the e6 wouldn’t be a bad place to start. 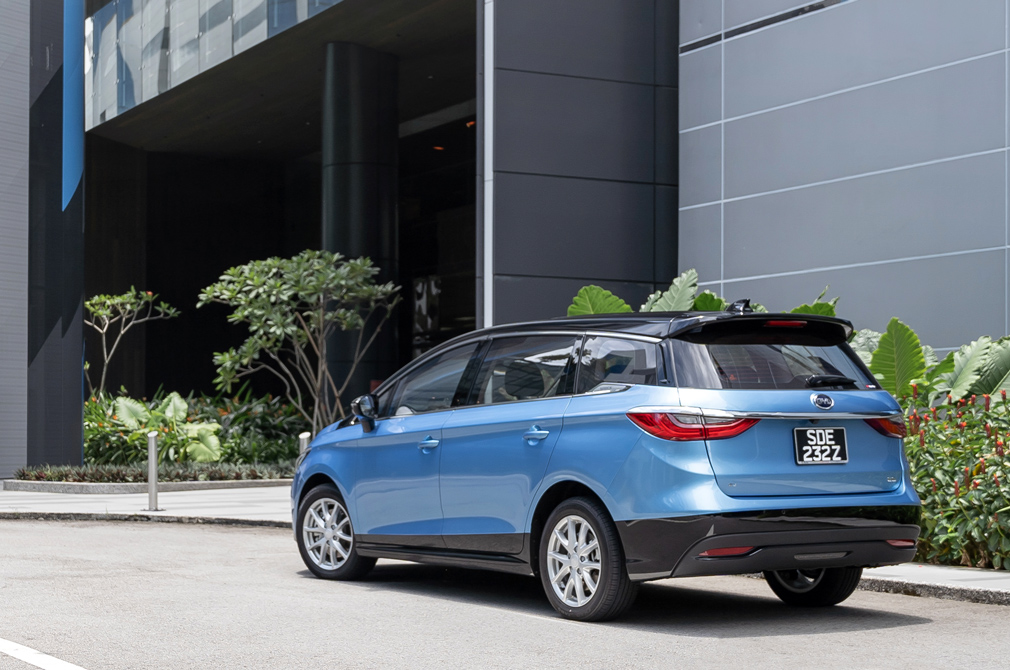 Click here to find out more about the BYD e6
Head over here for our review of the previous e6
We review BYD’s other MPV, the M3e, here