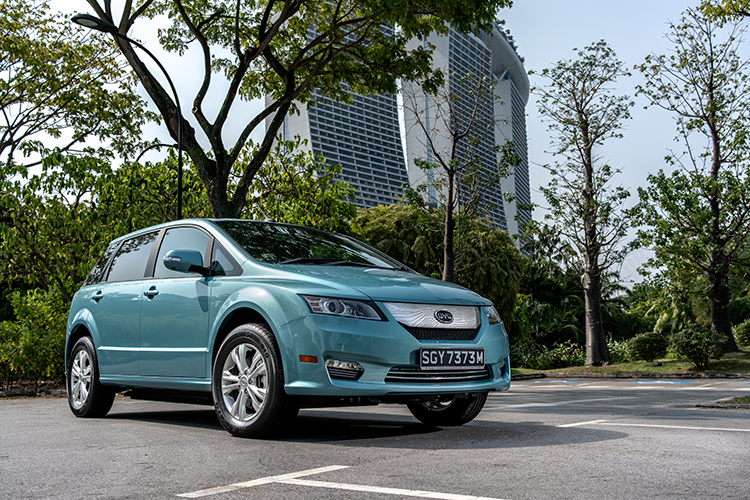 Electric cars haven’t found many homes in Singapore. But that has not stopped Vantage Automotive from bringing in another contender: the BYD e6.

The BYD e6 is marketed and sold under Vantage’s new E-Auto division.

If the car looks familiar, that’s because it made its first appearance here as a cab when HDT Singapore Taxi began using it.

BYD is a Chinese company. The acronym stands for “Build Your Dreams”.

Although they are relatively new (the company was founded in 1995), BYD has grown from merely producing batteries to making cars.

In fact, it is the largest EV (electric vehicle) manufacturer in the world, as of April 2019. We like the wavy dashboard and good all-round visibility.

The BYD e6 is a five-passenger electric crossover. Its body style is what many motorists today are after.

Its design, however, is another story. “Nondescript” and “inoffensive” are the best adjectives for this EV. Looks-wise, its grille – which is probably inspired by a circuit board – is its coolest component.

As I walked around the car, I realised why the e6 had to be a crossover. Look closely at the main image. There’s a box-like protrusion beneath the vehicle. 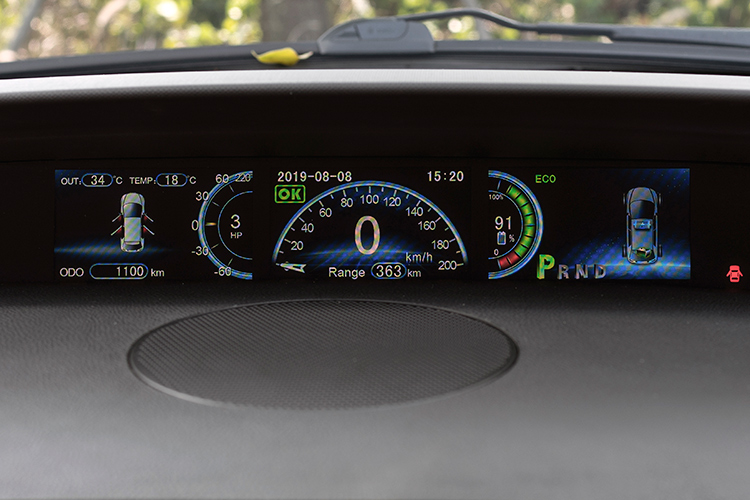 We haven’t received a reply as to what that is. Our guess is that it’s some form of “armour” for the iron-phosphate battery.

Either way, it reduces the vehicle’s ground clearance. Best be careful going over speed bumps.

Surprisingly pleasant. I had expected to be overwhelmed with the smell of plastics and adhesives, but there were none.

The doors feel and sound decent to open and close.

In comparison, the last Chinese car I drove was 10 years ago and it did not leave a good impression.

It was either a Chery T11 or A3. Both had the opposite of a new car smell. And both scared me with their lack of braking power from 60km/h to a standstill. Legroom here is decent, but the middle passenger is going to feel awkward sitting with his or her legs on either side of that massive floor protrusion.

Mind you, those were in dry conditions.

So, the BYD e6 doesn’t overwhelm your sense of smell. It seems normal at first. The controls are easy to reach, the seats are cushy enough and all-round visibility is good.

But there’s more to the BYD e6 than meets the eye!

THE QUIRKS START TO SHOW

I switched on the Android-powered infotainment system. I like the crisp, high-resolution graphics and the interface. Not the most intuitive, but okay.

While poking around, I suddenly activated the video function. Next thing I see is a Girls’ Generation music video, followed by other demo clips.

The graphics are really good. 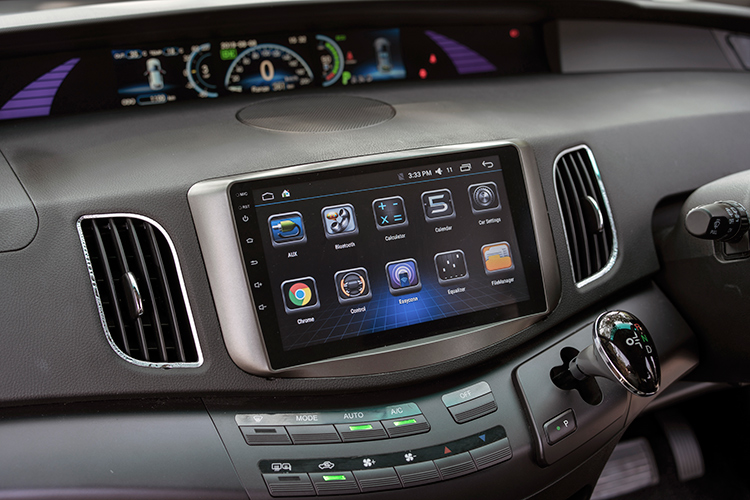 I poke around some more and discover a screen with a multitude of icons. Apparently, these are functions that can be assigned to steering wheel buttons.

However, the BYD e6 in our market doesn’t have these extra buttons or functions.

Then there’s the instrument panel that’s smack in the centre of the dashboard. I don’t mind these things, but I do mind if it’s not even angled towards the driver.

The layout could use some tidying up, or better still, more real estate to fit the quantity of information.

WHAT ELECTRIFIES THE BYD e6?

This EV has an brushless AC synchronous motor producing 121hp (90kW) and a stout 450Nm. The 80kWh battery is iron-phosphate.

When I started my drive, the e6’s stated range was nearly 400km. Based on my personal usage patterns, I would get about six to seven days’ use before needing to recharge. 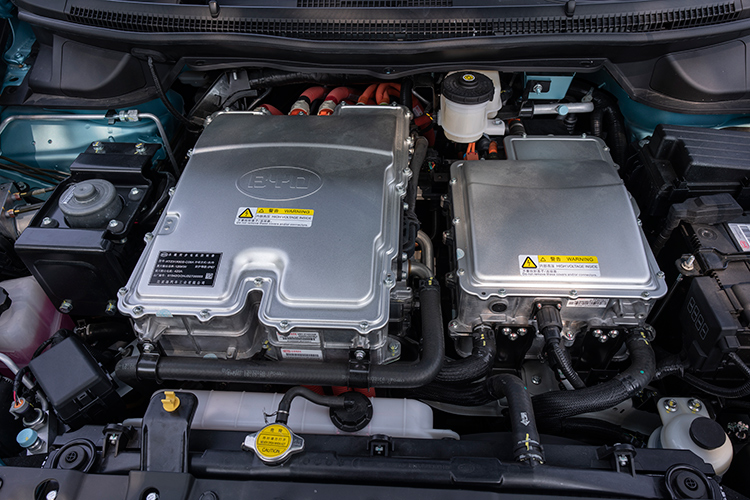 To be frank, no. The BYD e6 weighs in at 2420kg, which is heavier than a Range Rover with a supercharged 3-litre V6!

Off-the line performance feels “normal”. The inertia is similar to that of a petrol-driven car.

But keep your foot on the pedal and the e6 will accelerate in a linear fashion, getting you up to speed without much fuss.

The acceleration is accompanied by a whirring/whining sound that sounded very familiar. The more we thought about it, the more we realised it sounded like a radio-controlled car! 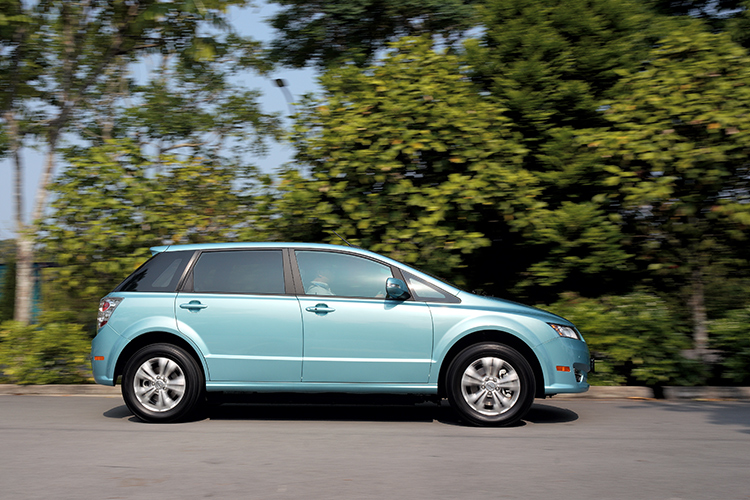 That said, the regenerative braking power could be stronger. More often than not, I used the BYD e6’s mechanical brakes to slow down and stop the car.

This must be why the BYD e6 has relatively large-diameter brake discs all-round.

Now, given its weight and need for mechanical brakes, the BYD e6 is not an EV you want to chuck around corners. But for most motorists’ needs, it’ll do just fine.

GOOD STUFF ABOUT THE BYD e6

The ride quality, for starters. The quietness of the cabin and lack of wind noise are big plus points, too. The air-con is also powerful enough to quickly cool down the interior after the BYD e6 had been baking in the sun. 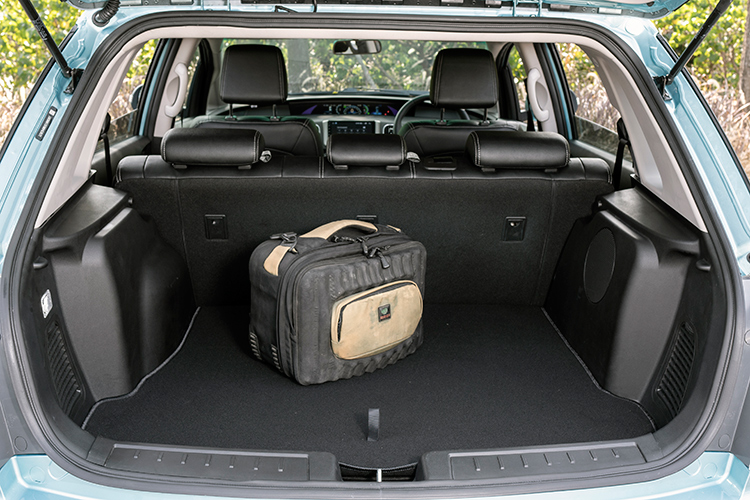 Boot capacity is 450 litres with the rear seats up.

WHAT ELSE DO I NEED TO KNOW?

Well, part of the quirky interior is that the steering wheel is slightly offset to the left.

You won’t notice this at first, but after 30mins, you’ll realise that your body is angled towards the left. It’s not a problem if you’re only driving for an hour or so.

But any longer and you might get some muscle aches. Or not. Every driver is different.

SHOULD I BUY ONE?

If you want the most affordable electric crossover $133k can buy, then the BYD e6 is your best option. It is not perfect. In fact, it is quirky and unlike most newer EVs you can get. But none of them cost $133k and offer a range of 400km.

You’re getting a lot of EV for not a lot of money. That’s what the BYD e6 offers. 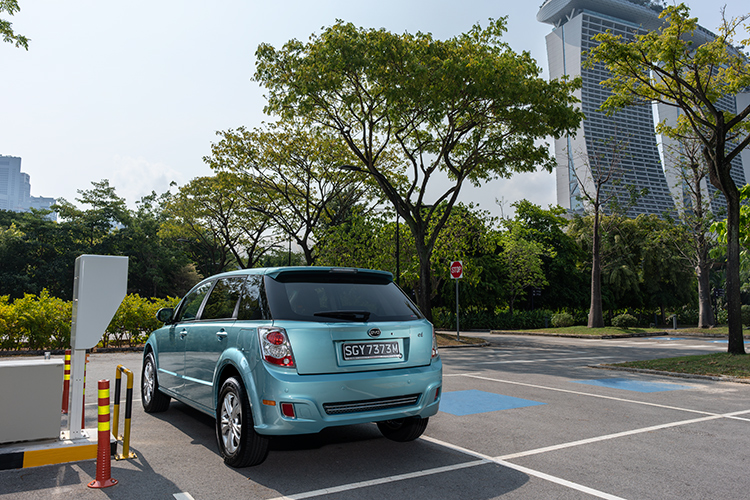 You can soon buy the electric BYD E6 from Vantage Automotive

Electric car consumption figures: What to consider when buying an EV