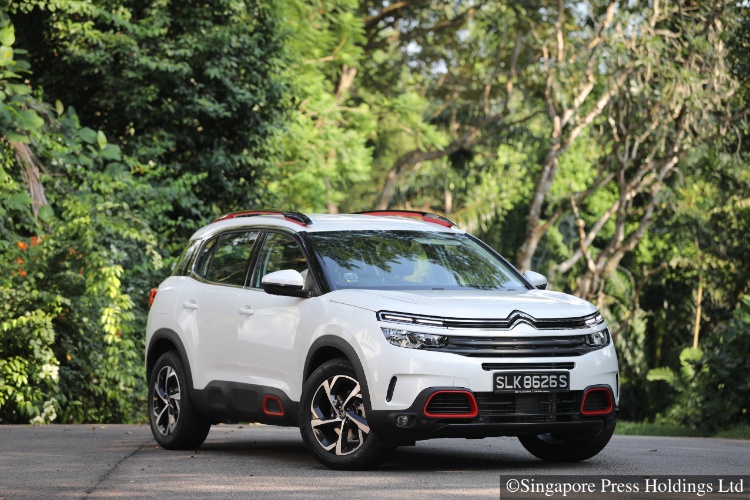 Citroen says its new C5 Aircross sport utility vehicle (SUV) delivers a magic carpet ride. It is a clever claim for one reason – nobody can quite refute it.

Simply because nobody actually knows what a flying carpet feels like.

But given the average size of a rug, its flimsy structure and its exposed seating area, being airborne in one cannot be very comfortable.

Of course, in the world of magic, anything goes. And when a brand like Citroen invokes such a spell, people sit up.

After all, the French manufacturer invented the sensational hydropneumatic suspension back in the 1950s.

The technology was later licensed to other motor companies, including Rolls-Royce Motor Cars, from which the term “magic carpet ride” first arose.

The thing is, the Citroen C5 Aircross does not have hydropneumatic suspension, which has been canned because of its high cost.

Instead, the car has progressive hydraulic cushions, which take the edge off the compression and decompression forces that a car’s suspension system constantly deals with.

Do they work? Yes, to a degree. The Citroen C5 Aircross rides like a well-sorted saloon instead of a usually clumsy crossover.

But it is not exceptional. Modern cars with conventional suspension set-ups – notably recent models from Hyundai, Kia and Peugeot – are equally competent in the ride department.

And the Citroen C5 Aircross certainly does not have as magical a ride as its hydropneumatic-enabled predecessors, such as the C5 of the previous decade.

Then again, the C5 was a big saloon, while the Citroen C5 Aircross is a compact SUV.

As a compact SUV, it does a decent job of ironing out kinks on the tarmac. In fact, at the wheel, you sometimes think you are in a bigger car. 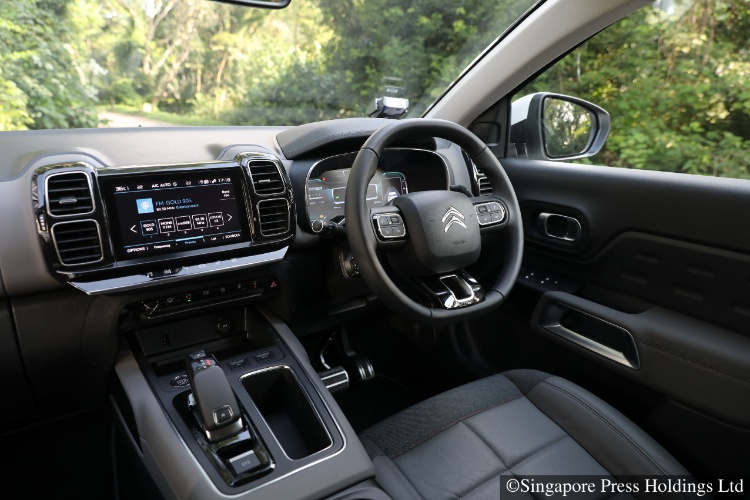 The Citroen C5 Aircross packs a high level of refinement, underscored by its capable chassis and a familiar drivetrain, which is smooth and quiet.

This big-car sensation is also evident in the second row, which is creditable, given that the C5 Aircross is approximately the size of Toyota’s compact RAV4.

Yet, rear occupants get three individual seats. They get fairly good hip and shoulder room, but side passengers will notice that their heads come rather close to where the ceiling meets the window frame.

Legroom is more than adequate, thanks to the Citroen’s longer-than-usual wheelbase of 2730mm.

The boot area is also surprisingly spacious. Elsewhere, you will find plenty of storage bins, such as a biggish compartment under the centre armrest and front centre console (where a magnetic wireless smartphone charging cradle sits).

Despite its compact footprint, the Citroen C5 Aircross has excellent space packaging. And that is probably its strongest trait.

Its user interface, first seen in Peugeot’s 3008 and 5008, is excellent too. Its infotainment set is compatible with Apple Carplay and Android Auto.

Overall build quality, too, is above par, like other recent offerings from the PSA group.

The only quibble is a rather weak air-conditioning system. You have to set the temperature at 20 deg C to get the cabin crisp.

The Citroen C5 Aircross is not as stylish as the DS7 Crossback, its bigger and more premium sibling. For a brand known for establishing new design frontiers, Citroen falls short here.

Drivers, however, will have no quarrel with the way the car moves. While not particularly beefy or nimble, it is very driveable.

It packs a high level of refinement, underscored by its capable chassis and a familiar drivetrain which is smooth and quiet.

Throttle response is adequate, with easy access to ample torque from the word go. Fuel economy, however, is nearly 70 percent higher than its claimed 17.5km/L.

Alas, there are limits to what you can do with a 180hp petrol-powered SUV – even if you purportedly have magic on your side. 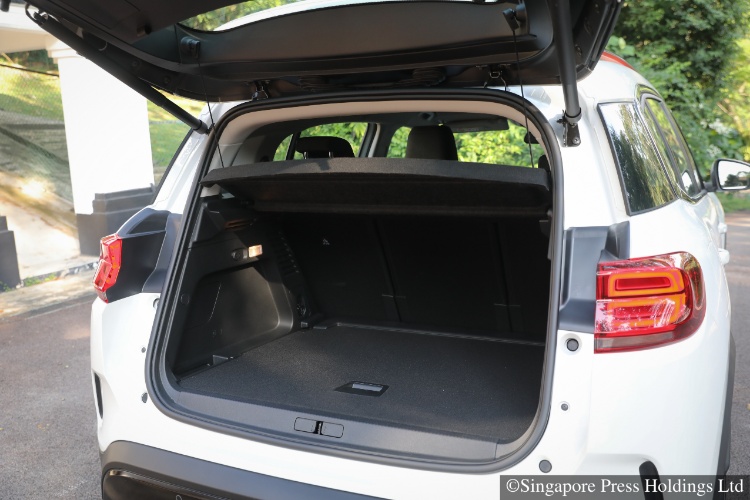