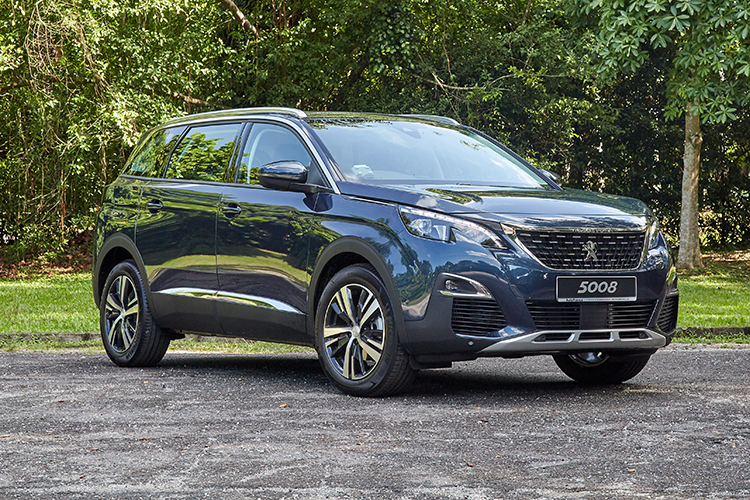 Peugeot 5008 offers plenty of road presence and a unique design.

Previously, the business of ferrying families was taken care of by a multi-purpose vehicle (MPV). Big, boxy and roomy, it was the perfect car for families.

Well, that era has long passed. The majority of new car buyers today do not want an MPV. They’d rather do their people-ferrying in a sports utility vehicle (SUV).

It was also Peugeot’s first stab at this segment. 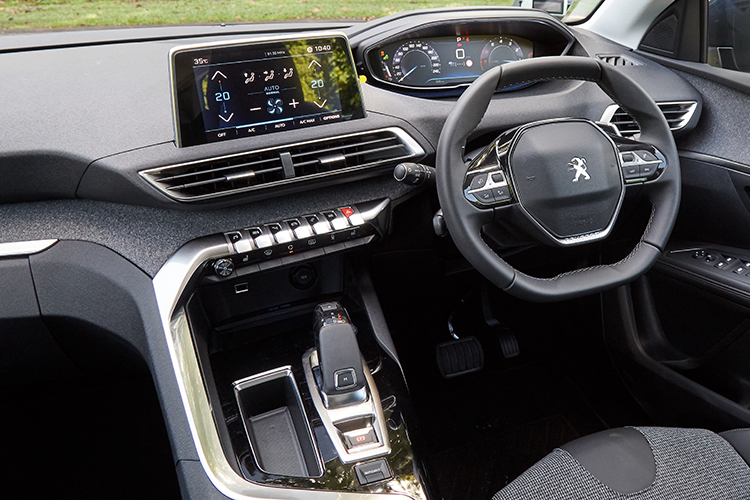 Key features include a toy-like, sporty steering wheel and a gearshift lever that looks like it came from a fighter jet.

Despite that, it’s actually pretty good.

That 5008 is relatively spacious, had a flexible (configurable) cabin and a punchy turbocharged drivetrain. Given consumers’ preferences for SUVs, however, Peugeot made a (radical) change.

Jumping on the bandwagon

So, the second-generation 5008 is now an SUV. It may not be the most practical body style in terms of space, but hey, this is what consumers want.

The 5008 is not a bad-looking car. It has plenty of road presence. 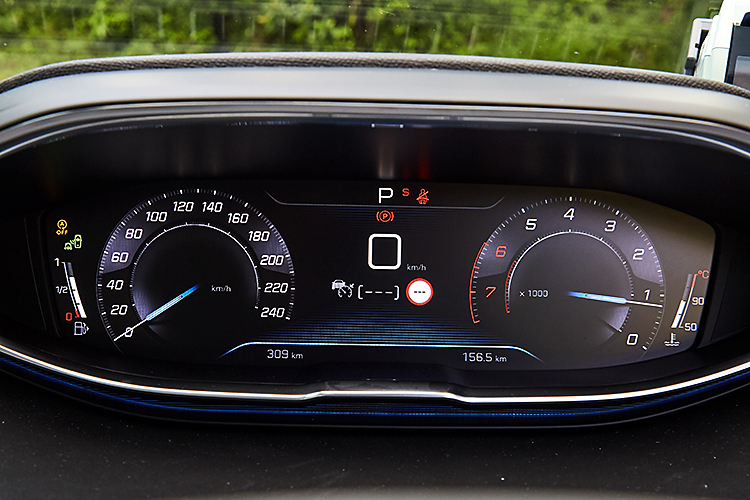 The “analogue” cluster is one of four layouts available to drivers.

The only car that looks like it is its sibling, the five-seater 3008.

Like the 3008, the Peugeot 5008 has a swanky and modern interior. Slide onto the driver’s seat and you’re greeted by a beautiful digital instrument panel and a toy-like steering wheel.

Actually, this steering wheel feels rather sporty, with small dimensions and chunky contours. It looks like it came from a coupe, which is ironic since this is a seven-seater SUV!

The instrument panel offers four different meter layouts, including a traditional one, which I prefer. 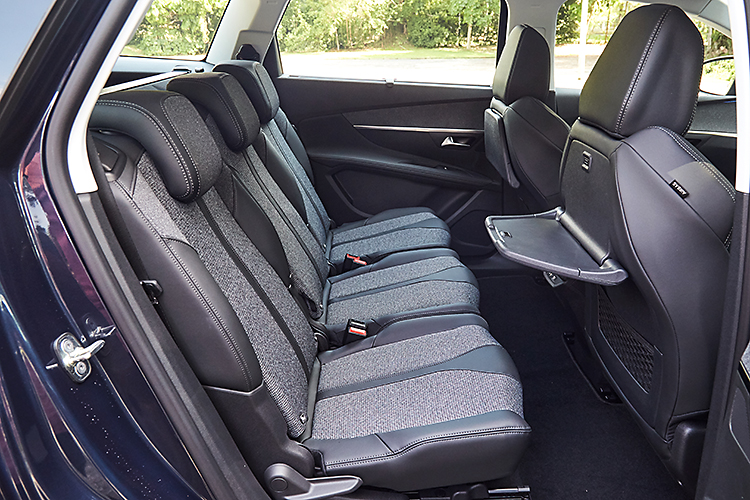 Other cool features include adaptive cruise control, a blind spot monitor and a lane-keeping assistant.

Cabin space: The have and the have-nots

The 5008’s third-row accommodations, on the other hand, are modest at best. Asking an average-size adult to sit back here may lead to a full-blown argument – even for short journeys. The space is best utilised by small children. 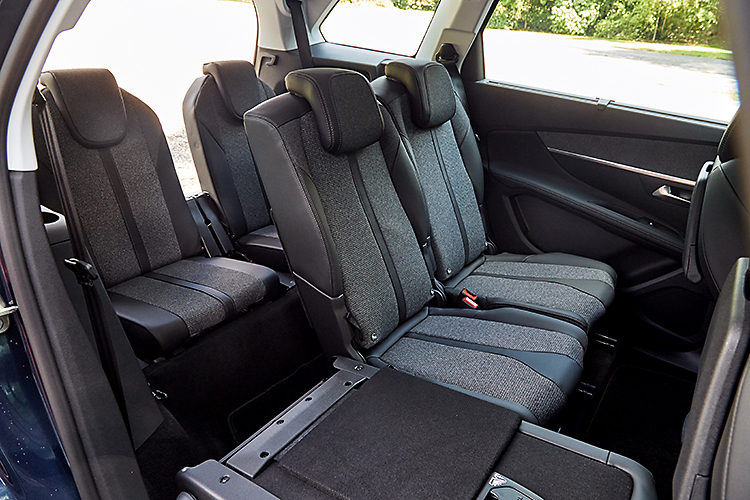 Access to the 5008’s rearmost seats is tricky, and the space is ideal for small children or petite adults.

The biggest update to the Peugeot 5008 is its uprated drivetrain. The turbocharged 1.6-litre 4-cylinder engine now delivers 181hp and 250Nm. That’s an increase of 18hp and 10Nm.

The 5008 also swops the previous 6-speed automatic for an 8-speed auto. But instead of becoming more athletic, the 5008 is actually slower than before. 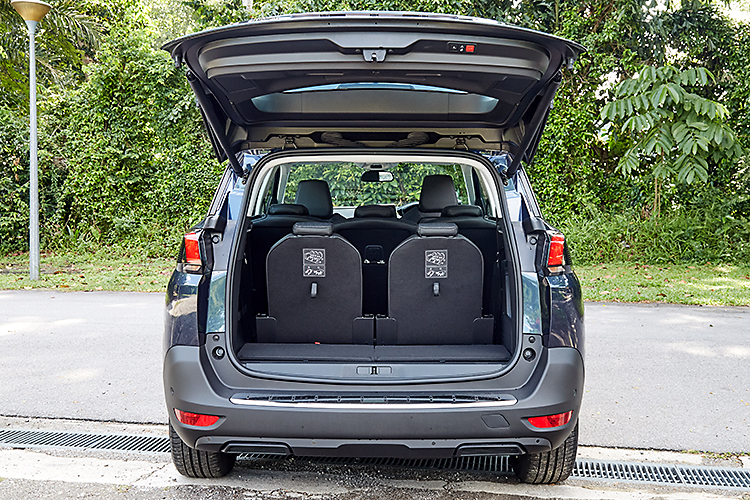 Not much luggage space when the SUV is in seven-seater mode.

The pre-facelift model did the century sprint in 9.2 seconds, while this latest one does it in 9.4 seconds.

But wait, there are advantages!

Yes, the 5008 is slightly slower because of the taller gear ratios. On the upside, the 5008 has become more efficient. 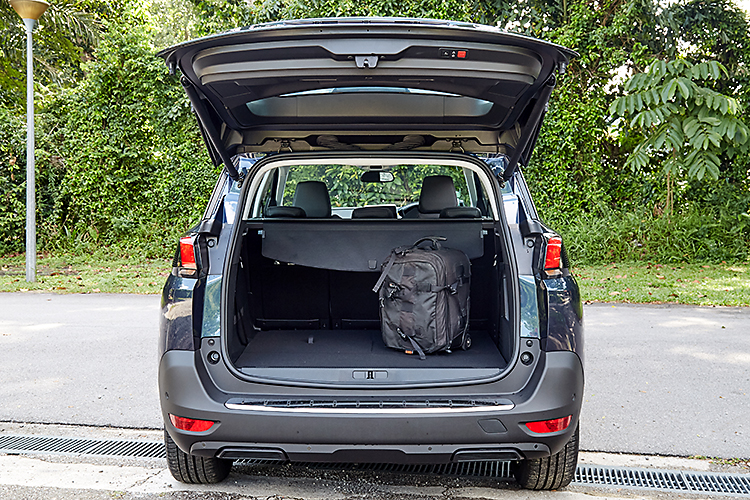 And though inconsequential to Singapore drivers, the top speed has risen from 206km/h to 222km/h.

The advantage of having two more forward gear ratios is that the power delivery is more linear. To most family men and women who want a car like this, the dip in performance isn’t a big deal.

The 5008 delivers a smooth drive and a pliant ride. Yet the bumps are soaked up without the dampers “wallowing”. 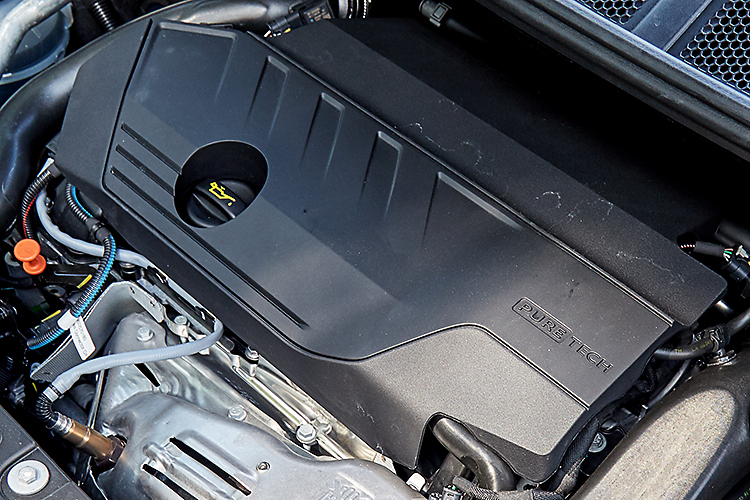 As with most French cars, the handling is stable but not pin-sharp.

This soft ride is complemented by the quiet cabin. Peugeot has done a good job with regard to noise insulation – this is a nice car to do a road trip in.

Should you get one?

The Peugeot 5008 will appeal to buyers who want a seven-seater SUV that’s unique. 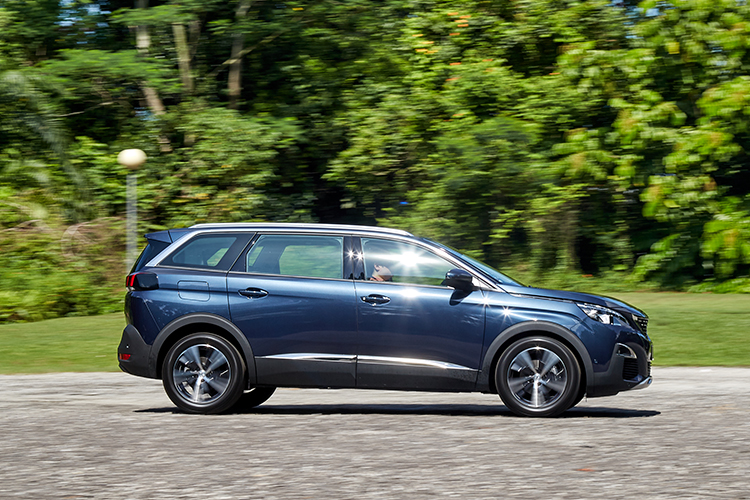 This SUVs strengths are its stylish design, high-tech cabin, smooth and quiet ride. Its drivetrain is also seamless and linear.

The 5008’s shortcomings are its tight third-row and less athletic performance.

In terms of competitors, the 5008’s biggest rival might be its smaller 3008 sibling. The 3008 has the same cool design, advanced cockpit and drivetrain.

But being lighter, it’s also quicker on its feet. If you don’t need the extra pair of seats, the 3008 might prove more irresistible than the 5008. 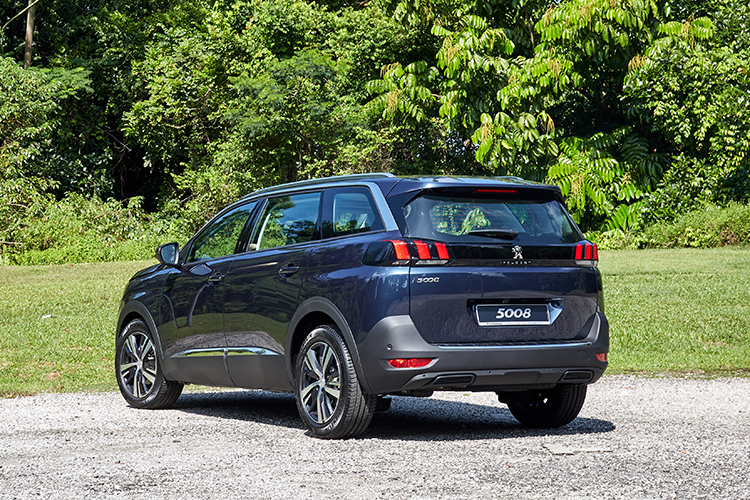