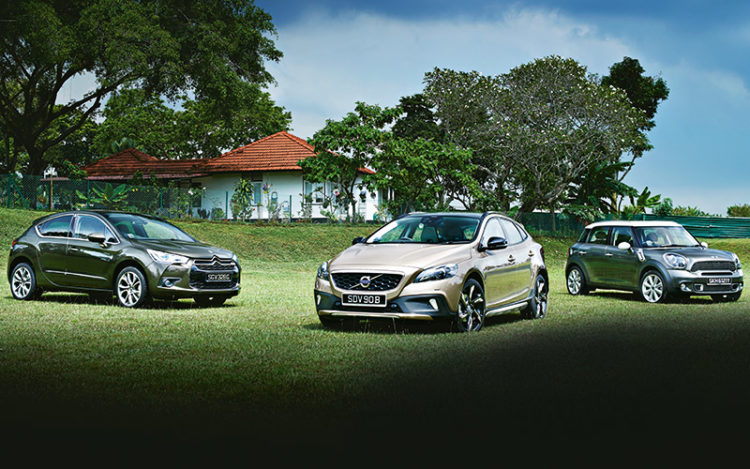 Generally speaking, a motorist who opts for a crossover instead of a regular hatchback does so because the former offers more space and versatility over the latter. To drivers concerned about practicality, a vehicle’s looks aren’t that important. For more “stylish” motorists, however, a crossover’s design matters just as much as its utility, for they see the car’s image as an extension of themselves.

Hoping to draw the attention of these “designer” drivers is the Cooper S Countryman. This supersized MINI might be the brand’s largest model ever, but it promises to deliver the same punchy performance and eager handling found in the smaller MINI hatchbacks.

Also playing up its sportiness is the swanky Citroen DS4, whose “hidden” rear door handles lend it a coupe-like design. Parisian crossover chic aside, the DS4 also comes with plenty of standard equipment to impress potential buyers.

Raring to give its stylish rivals a run for their money is the V40 Cross Country, the newest model in both this test and the Category A crossover market segment.  This Volvo not only boasts head-turning looks, but a multitude of reassuring safety features, too.

So, which of these three contenders has the most convincing blend of style and substance? 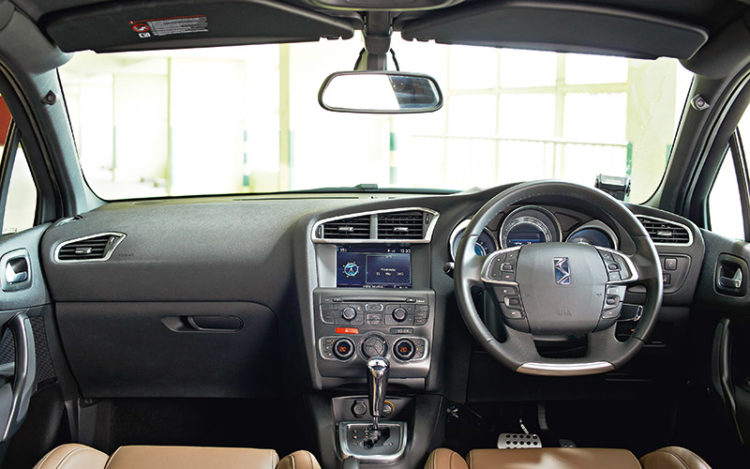 DS4 – Most compact cockpit of the trio, but offers the greatest practicality due to its many (roomy) storage points. Funky features include “watch strap” leather seats and a panoramic windscreen that offers fantastic forward visibility. 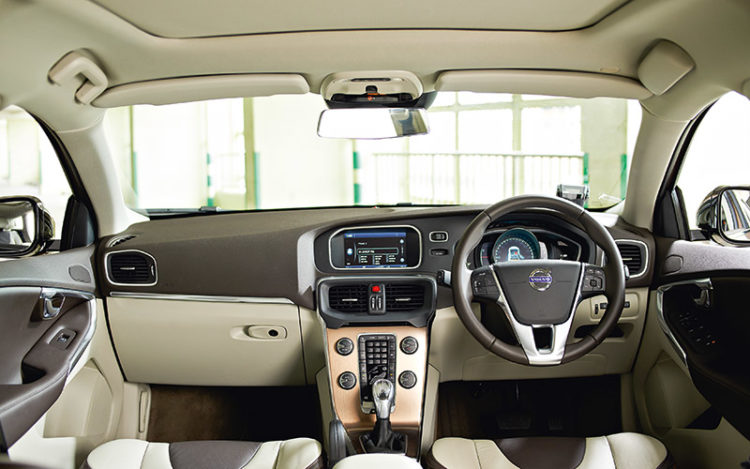 V40 CROSS COUNTRY – Most comfortable cockpit, courtesy of the wonderful seats (electrically adjustable for the driver) and wide footrest. It’s a safe place, too, thanks to advanced accident-avoidance features such as City Safety. Equally conducive to a long highway journey and short, start-stop town traffic. 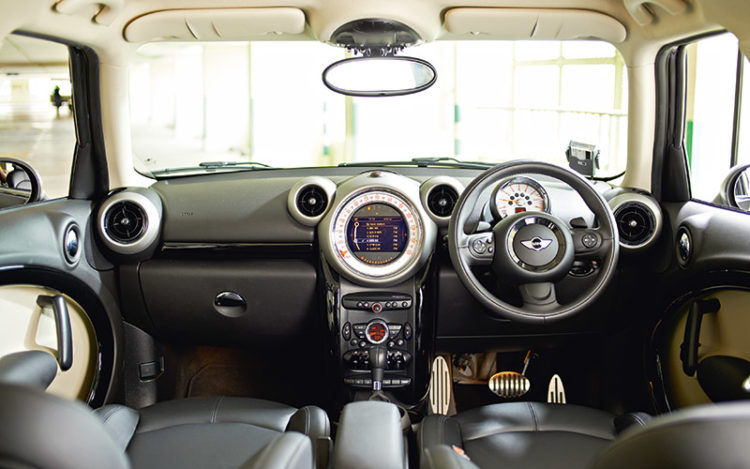 COUNTRYMAN – Feels the most spacious, with excellent headroom for taller people. MINI’s offbeat character is reflected in the circular shapes and unconventionally placed controls, such as the window switches found on the centre console.