The term “beatnik” is defined by Oxford Dictionaries as “a young person in the 1950s and early 1960s belonging to a subculture associated with the beat generation”.

Basically, a beatnik is someone with artistic leanings who defies convention.

One of the most offbeat brands in the automotive world is Mini. When it was first introduced in 1959, it surprised many with its innovations. The little hatchback was small on the outside and surprisingly spacious inside.

It had a transversely, rather than longitudinally, mounted engine that drove the front wheels instead of the rear wheels, when rear-drive was more common at the time. 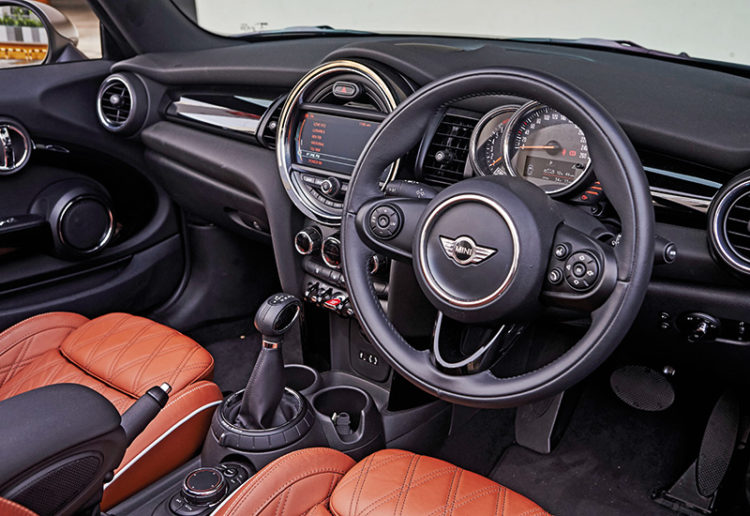 MINI Convertible cockpit is both fun and funky.

Even after BMW acquired the marque and rebranded it as MINI, the carmaker continues to march to the beat of its own drum, even defying hardcore Mini enthusiasts. Indeed, the latest MINI Convertible is the biggest one the brand has ever produced.

Land Rover, considered by many to be one of the most hallowed names when it comes to off-roaders, has also defied expectations.

The brand, which was initially known for producing rugged 4x4s for the British Army, eventually began producing the more upmarket Range Rover, which later evolved into a full-blown luxury SUV.

Land Rover’s foray into the offbeat world began with the Freelander. For a brand long synonymous with large and burly SUVs, the relatively compact Freelander was both a hit and a surprise. 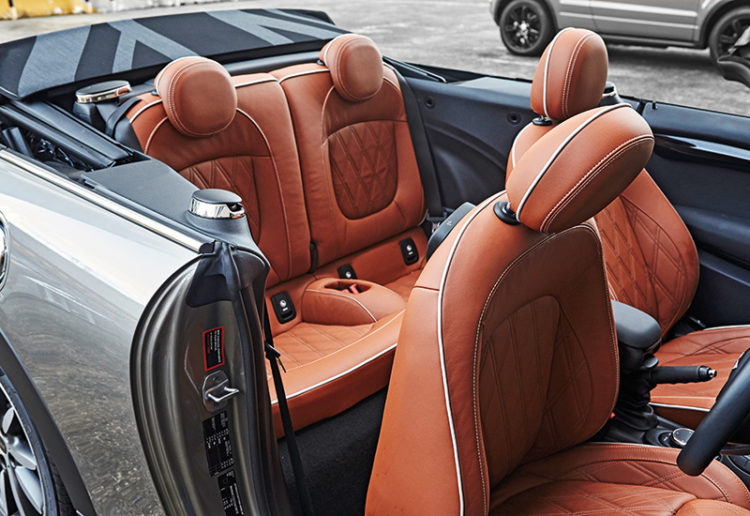 SUV fans were even more surprised – and delighted – when Land Rover launched the Evoque, the brand’s most compact model to date.

It eschewed the boxy style of its siblings for a curvier design. In Singapore, the Evoque increased Land Rover sales from below 100 units a year to over 300 units annually.

But the true shocker of the Land Rover family is the Evoque Convertible. Cabriolets are niche models to begin with, but an SUV cabriolet is downright illogical. 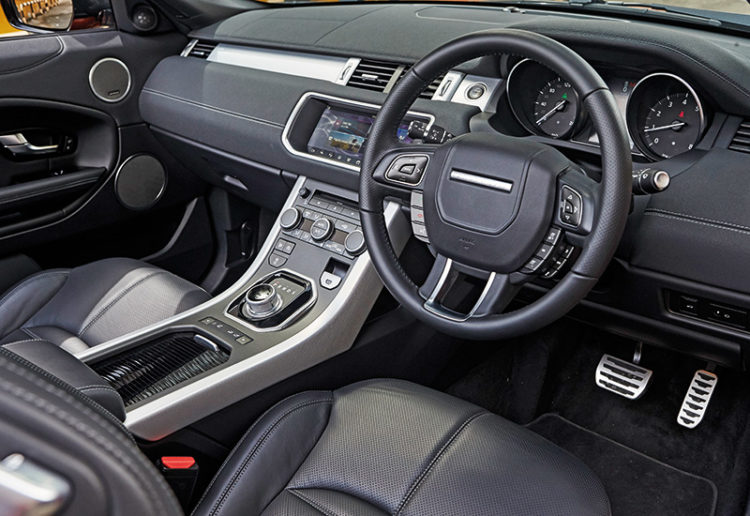 Evoque cockpit is classy and spacious.

Even anoraks will be unable to name a single model that became a hit. In fact, the last notable topless SUV, Nissan’s Murano CrossCabriolet, was shelved three years after its launch due to poor sales.

Yet, Land Rover believes that the Evoque’s success means there is potential for a topless version of their most popular model.

In comparison, MINI isn’t risking anything by producing a topless variant of their 3-Door hatchback. The fact that there are three generations of Convertibles since BMW relaunched MINI 17 years ago points to the model’s success. 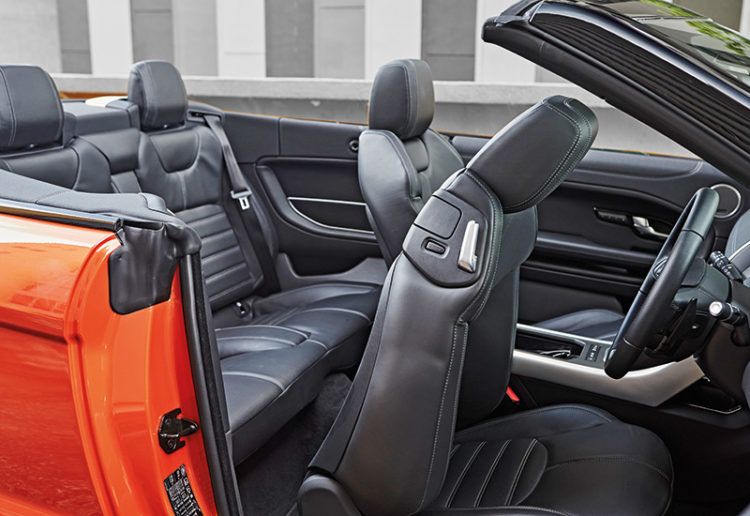 It is easy to see why many fashionable sun-lovers are crazy about the MINI Convertible. Apart from elements such as its roundish shape and adorable little bonnet, the availability of funky colours such as Caribbean Aqua, Melting Silver and Volcanic Orange should please artsy buyers who want a hue that matches their personality.

The MINI Convertible’s interior is the most refined one to date, but it is also filled with fun and funky features.

There is ambient lighting to match one’s moods and an Always Open timer, which shows how long the vehicle has been driven with the roof down. It used to be a gauge, but it is now a cute graphic of the car wearing a pair of sunglasses. 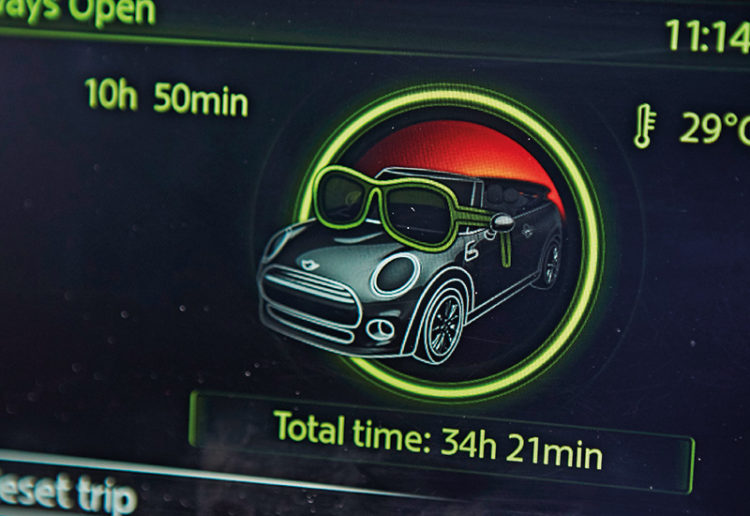 You can don your shades and begin driving the MINI Convertible topless in well under a minute, since it only takes 18 seconds to open the electrically operated soft-top (the previous model had electro-hydraulic motors).

When equipped with the MINI Connected XL infotainment system, the car can even warn the driver of inclement weather by sending a message to his phone.

It sounds nifty, but its usefulness is limited because it only works when the car is parked with the roof open. It would have been even better if said feature could warn the driver of impending showers while he’s driving, or encourage him to begin a mobile tanning session because it’s going to be bright and sunny. 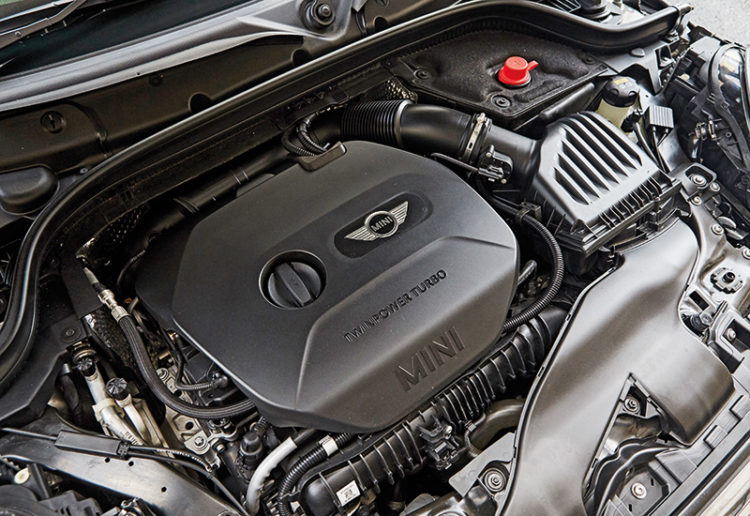 Lack of visibility is a bigger issue when the Evoque Convertible’s roof is closed. Fortunately, features such as the Surround Camera system, Park Assist and Blind Spot Monitor help mitigate this disadvantage.

The Evoque Convertible’s cabin doesn’t have the same funky flair as the MINI Convertible’s, but the Range Rover does make up for this with its refinement. 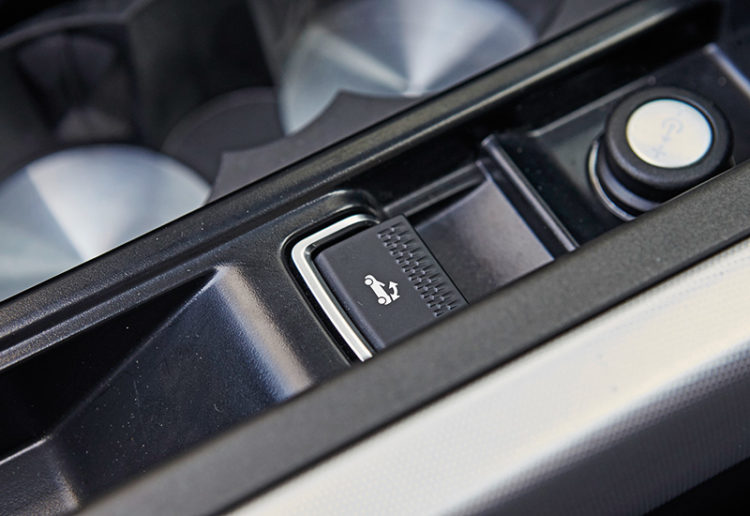 From the sporty alloy pedals and pretty touchscreen display to the luxurious knurled gearshift knob, this SUV’s cabin was created to impress.

The Evoque also provides a roomier mobile tanning experience for backseat passengers, although access to the rear seats is trickier due to the taller ride height.

That higher ground clearance, though, is what gives the Evoque Convertible its off-roading abilities. Together with its Terrain Response system, which optimises various drive systems to adapt to different surfaces, the Evoque Convertible should be able to cope with the demands of its suburbanite driver, be it wading through ponding along Orchard Road or glamping in East Coast Park. 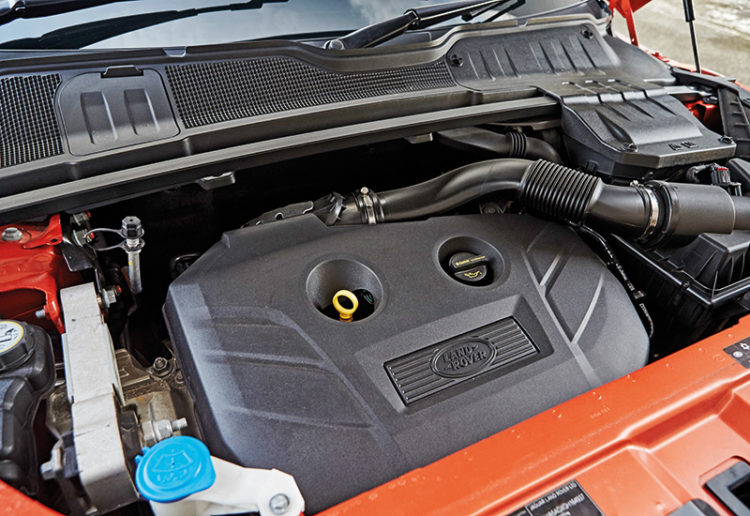 The MINI Convertible cannot go off the beaten path, but it certainly does an impressive job of zipping along stylishly in the concrete jungle. Its turbocharged 192bhp 2-litre 4-pot lets it zoom from rest to 100km/h in a zesty 7.1 seconds, with a rorty exhaust note to boot.

It’s too bad there is no aural entertainment in the Evoque Convertible. Although its turbocharged 2-litre 4-pot delivers 240bhp, the extra 281kg of reinforcement means that performance-wise, this topless SUV is the slower boulevard cruiser.

Putting these two cabriolets alongside one another is a strange and interesting experience. 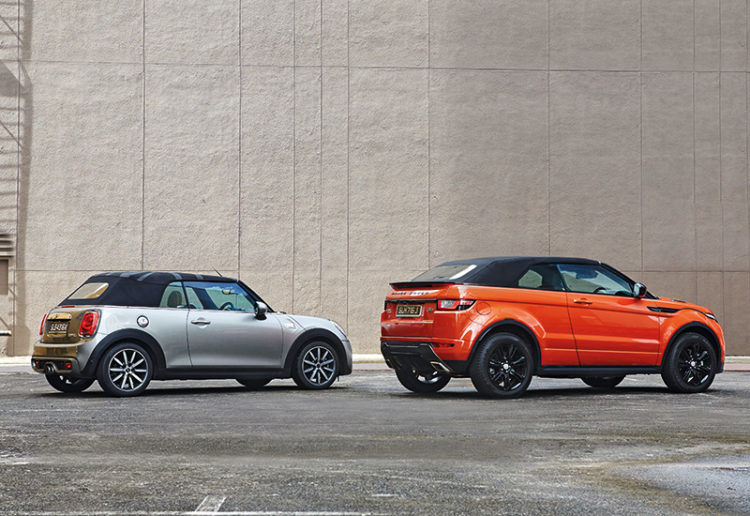 But if you’re someone with artistic leanings who’s always yearning to defy conventions and expectations, you really can’t go wrong with either of these modern British beatniks.