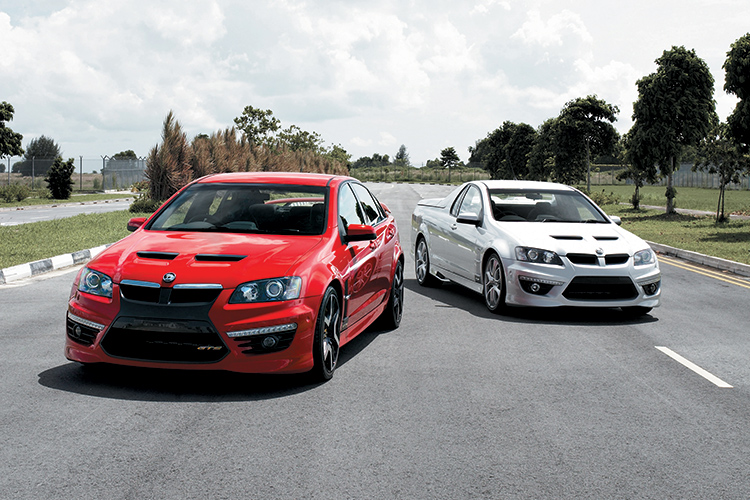 For those drivers who constantly feel the need to release their inner “road warrior”, the entry of HSV into the Singapore market couldn’t have come sooner. HSV, which stands for Holden Special Vehicles, engineers and develops high-performance versions of regular Holden cars.

HSV began operations in 1988. It is a joint venture between Australian manufacturer Holden (a General Motors subsidiary) and Tom Walkinshaw Racing. Essentially, HSV is the tuning arm of Holden, much like the way AMG is to Mercedes-Benz. 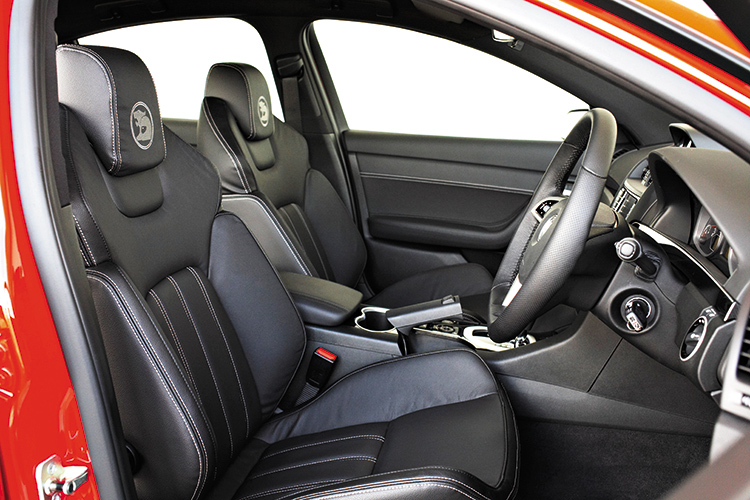 HSV GTS cabin could be more refined, but you’ll forget about this once the V8 rock concert kicks off.

Though still relatively unheard of here, HSV is well known in its home and export markets. It produced just 5000 vehicles in its first three years, but the company now has more than 60,000 cars under its belt.

They say there’s always a particular car that suits a driver’s specific mood. When you’re in a rush, you wish you were in a car that accelerates well and has precise handling to carve through corners. When you’re just flat out tired on a rainy Friday evening, you might prefer something softer and more cossetting, instead of a rally-derived special. 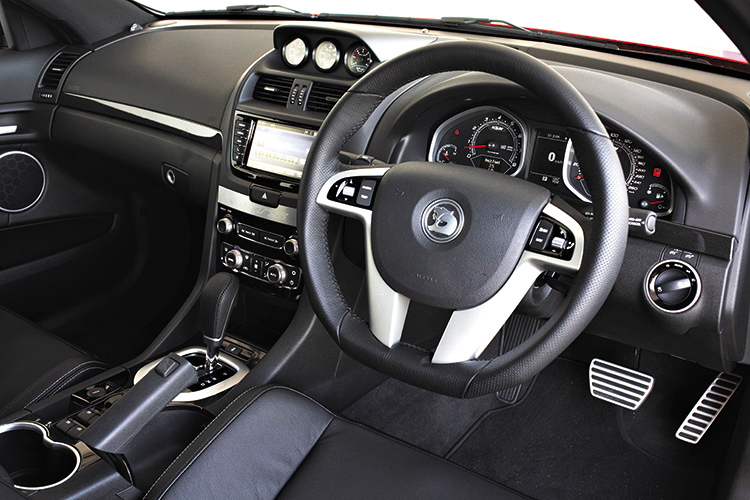 Numerous electronic controls belie the fact that the HSV GTS is an Aussie muscle car at heart.

But there are times when you want a car that, although not as quick in acceleration as a turbocharged Japanese rocket, nevertheless has what it takes to “bring it”. When you’ve had enough of the inline-4s and V6s and just want to be behind the wheel of something that looks mean, sounds wicked and has the brawn to rock ‘em and stomp ‘em.

That’s when you realise you want the power from a V8 motor. And it cannot be a high-revving one only suited to a race track. You want a modern but good old-fashioned, naturally aspirated, big-displacement V8 that delivers the goods without needing to be stretched. 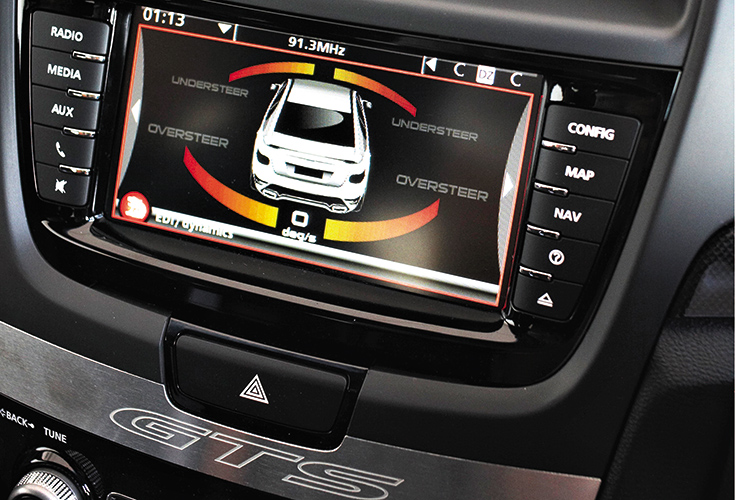 Data collected during track days can even be downloaded for analysis.

And nobody knows this sort of thing better than the Americans, whose automotive culture continues to be distinguished by the presence of muscle cars sporting large V8 motors. For HSV, being a part of GM has its advantages, for it gives the tuner access to the powerplant it requires. Hence, the GTS and Maloo featured here are both equipped with GM’s LS3 6.2-litre V8.

With its shockwave-inspired design, the GTS looks like no other saloon on our roads today. Gone is the “vanilla” design of the Holden Commodore it’s based on. The wide airdam and air vents sitting atop the bonnet are joined by another pair of vents behind either front fender. Yet another pair of slots is found at the rear together with the integrated exhaust outlets. (At this rate, the rear wing did not need to be any taller to make the car look over the top.) 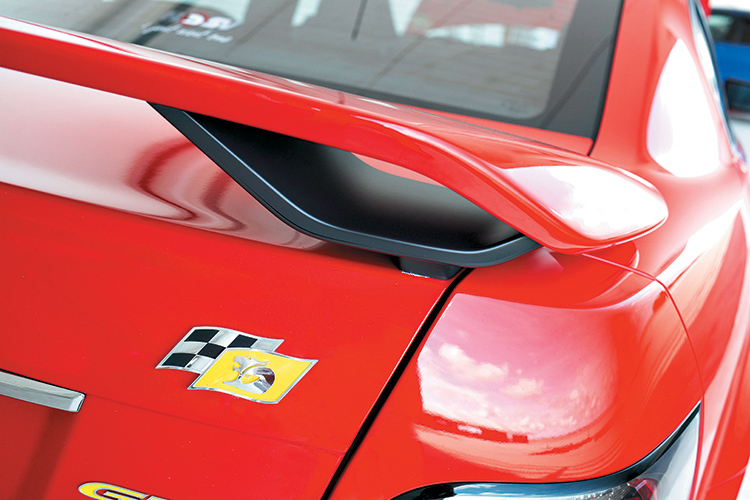 In classic muscle car tradition, the massive V8 lurking beneath the GTS’ bonnet sends its 425 horses to the rear wheels via a 6-speed automatic transmission (a 6-speed manual is also available). To keep the car’s tail in check, the GTS relies on its TCS (Traction Control System) and ESC (Electronic Stability Control) modes.

Utilising the knowledge gained from experience in Aussie V8 supercar racing, the ESC can be set to “Competition Mode”, which permits a bit more understeer and oversteer before intervening to either reduce engine power or apply the brakes to individual wheels, restoring order. 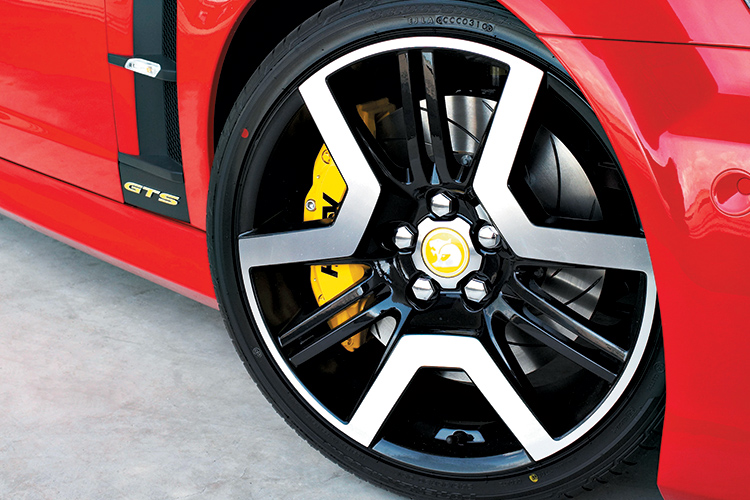 The ESC is complemented by the standard MRC (Magnetic Ride Control), which comprises shocks and dampers filled with an MR (magneto-rheological) fluid. On its own, MR is just like normal suspension fluid. Once an electrical
current is applied to it, however, the particles in the MR fluid become drawn
to each other and form a dense mass to firm up the suspension.

We put the GTS through a slalom course specially set up for the HSV launch to demonstrate these systems. The initial run, done with the ESC and MRC settings left in their default normal mode, featured noticeable body roll as the car weaved between the cones. 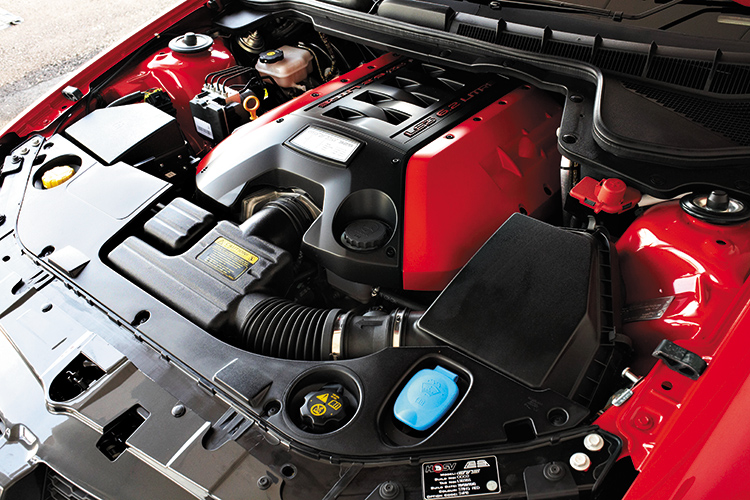 Before the next run, we set the ESC and MRC to “Competition” and “Performance” modes respectively. It’s amazing how pressing a few buttons changes the car’s behaviour – we were able to take the GTS through the slalom with less roll and more speed, thanks to the stiffened damping and greater body control.

For petrolheads, there is nothing like the throb of a V8 to get pulses racing. But all this sound, fury and performance doesn’t come cheap. At $348,000, the GTS is merely $18k cheaper than the BMW M3 saloon, which is more complete and possibly more legit, too. With another $40,000 in hand, a GTS buyer could also consider the Mercedes-Benz C63 AMG. And let’s not forget the Lexus IS F (reviewed a few pages back), which is priced in the same range. 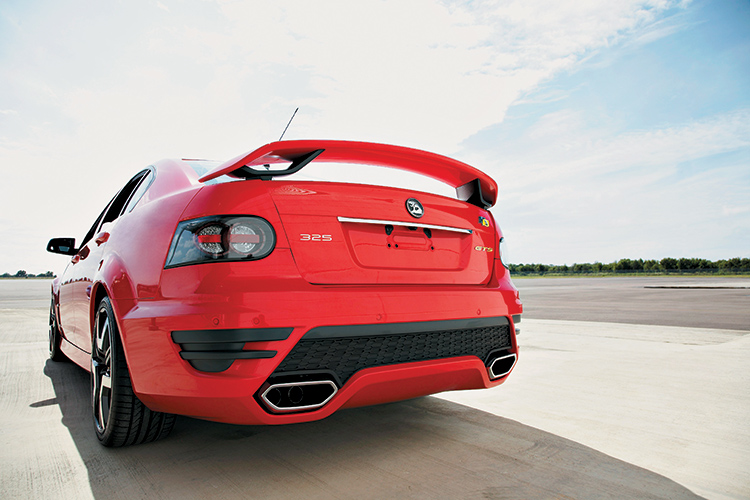 As competent as these rivals are, however, the one trump card the HSV GTS has is a soulful heart. When you hear and feel its V8, you know you’re driving something descended from glorious generations of muscle cars just like it. The GTS, along with the rest of the HSV range, might have an American motor in an Australian body, but its thunder from Down Under is easy for enthusiasts everywhere to understand.

Check out the latest HSV GTS