Honda Accord review: By all accounts, a Peace Accord | Torque
Loading posts...
0 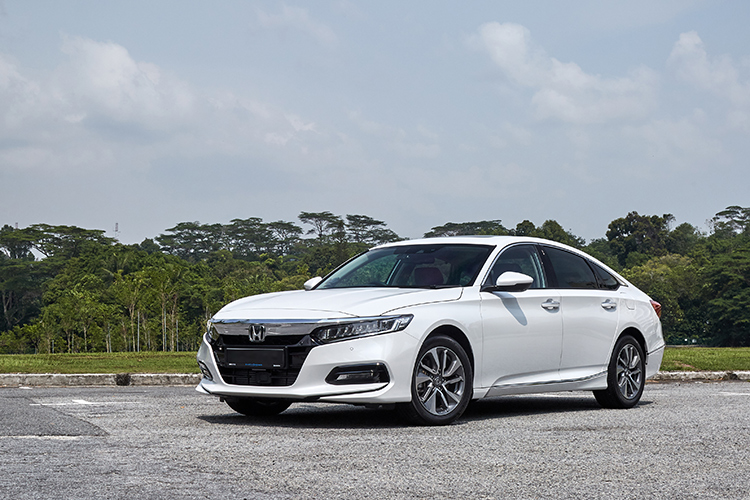 The last-generation Honda Accord that I tested felt like a lifetime ago. Okay, it was six years ago. But in automotive terms, that’s a lifetime.

That particular model was better sorted than its predecessor. While not particularly sporty, the naturally aspirated 2.4-litre engine, paired to a 5-speed automatic gearbox, was progressive and linear.

Unfortunately, high COE prices in 2013 didn’t help the car’s case. And the relatively pricey road tax wasn’t any help either.

Today, COE prices are lower. And the new Honda Accord attracts less road tax, thanks to its 1.5-litre engine. But the biggest hurdle this car faces is that it’s a big saloon in a market ruled by SUVs. 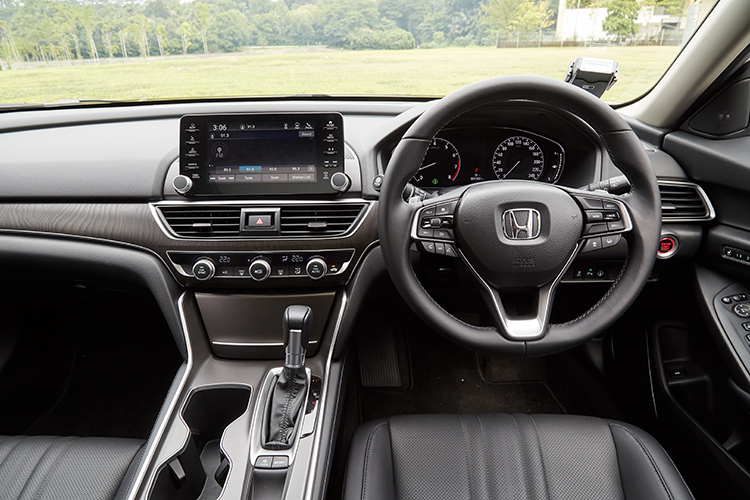 When I first laid eyes on the new Honda Accord, I thought I was looking at a Civic on steroids. The car’s front end is clearly inspired by its compact sibling.

Thankfully, the Honda Accord doesn’t have the same boomerang-shaped tail-lights. They are polarising, to say the least.

That said, in my books, the Honda Accord’s design is inoffensive. Other than looking like an enlarged Civic, there’s nothing striking about it. My colleagues had less flattering comments.

You may not want to get up after getting behind the wheel of the new Honda Accord. The seats feel like big cushy armchairs. And there’s also the fact that the hip point is 25mm lower than before.

Now, that probably won’t present a problem for most drivers. But let’s be honest. How easy ingress/egress is depends on your fitness level. If you do 200 squats a day, getting in and out won’t be an issue. 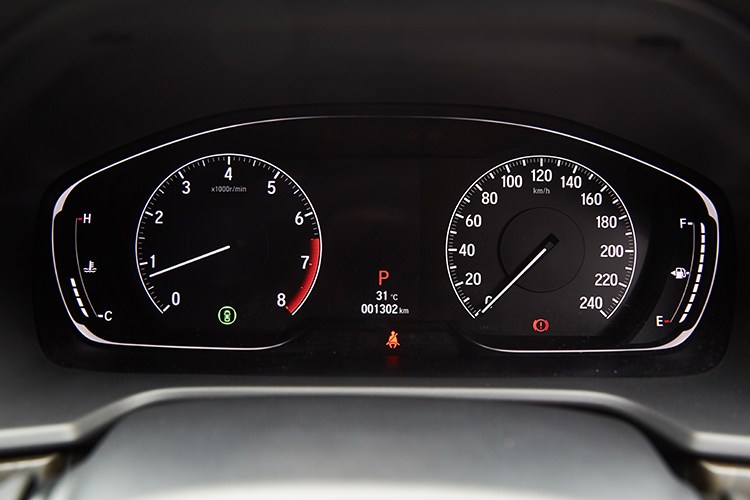 But if you’re not so limber, this “sportier” driving position could become a bane.

That aside, the Honda Accord’s cockpit is a pleasant place to be. The dashboard has a neat layout, the instrument panel is easy to read and the air-con is frighteningly cold. The last point is probably why there are no ventilated front seats.

However, the infotainment system is a mixed bag. Although touchscreens are commonplace, the Honda Accord uses both a touchscreen and physical buttons. It’s strange, because the system in the HR-V is button-free. 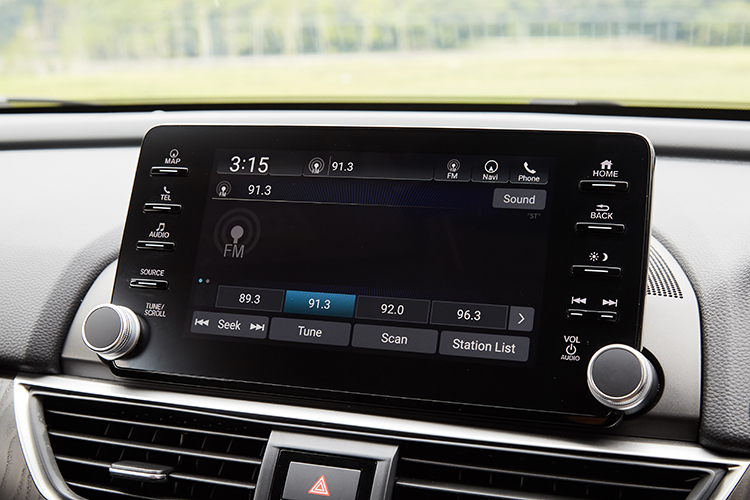 I thought the front seats were soft, but the Honda Accord’s backseat is even more comfortable. A catnap here might turn into an hour-long snooze.

There’s oodles of legroom, too. Even 1.85m tall occupants can be easily accommodated. And the floor protrusion isn’t as tall as expected. For convenience, there’s a pair of USB ports for charging devices on the go. 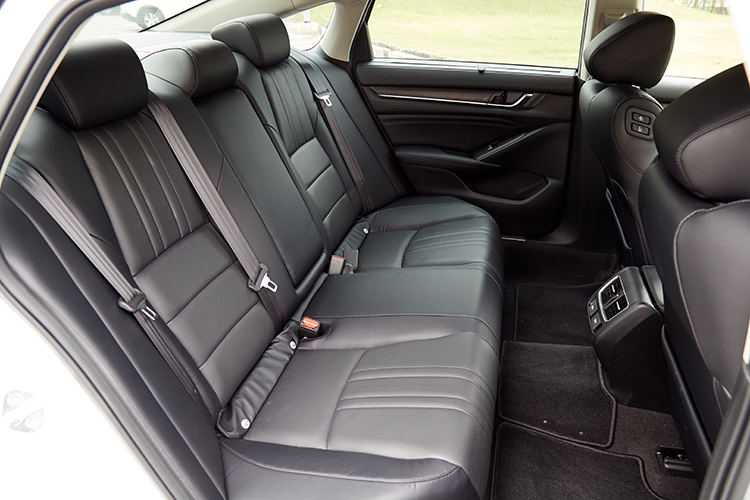 The Honda Accord’s boot looks spacious at first, until you notice the substantial wheel arch intrusion, which narrows the pass-thru aperture.

That said, there’s a handy backrest release lever if you need it. And a trio of golf bags should still be able to fit. 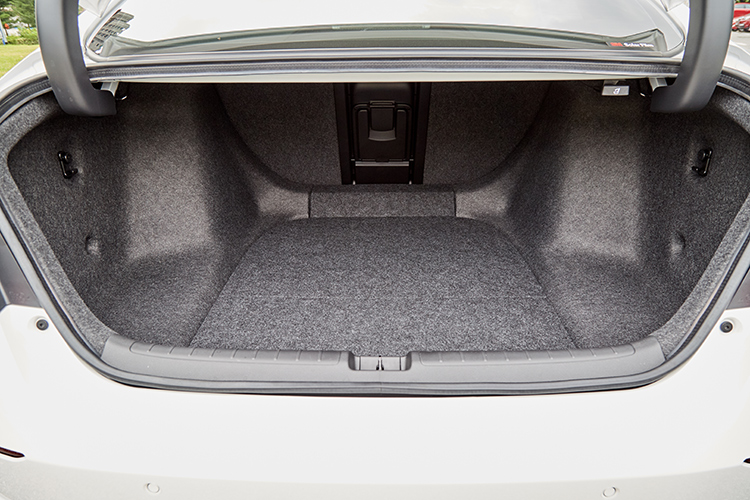 On paper, it seems like the latest Honda Accord is ready to delight drivers. Its turbocharged 1.5-litre engine puts out 198hp (201ps) and 260Nm of torque. As expected, the latter figure arrives quite early – 1600rpm to be exact.

The new Accord is also quicker than the older one. It goes from rest to 100km/h in 9.1 seconds, versus 10.5 seconds in the previous model. Outputs aside, the new Honda Accord’s lighter kerb weight (1481kg vs 1575kg), also helped.

So, is it a sporty drive?

No. Despite the improved performance, this Honda Accord feels like it was engineered to cossett, not excite the driver.

With its stiffer body, added sound insulation and a three-microphone active noise cancellation system, the latest Accord is the most comfortable one yet. Heck, it’s probably also the “waftiest” one ever. 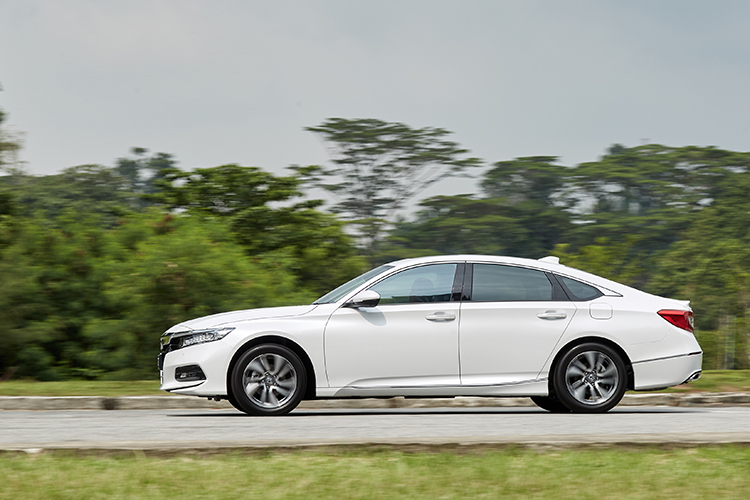 Complemented by pliant dampers, the Honda Accord is an executive saloon for relaxed and effortless driving. You could select Sport mode and push it hard. But whatever for?

It doesn’t reward keen drivers. It wants sedate ones. Floor the accelerator and you’ll be greeted by a workmanlike engine note, accompanied by a loud drone from the CVT.

And with its softly sprung suspension, corner-carving is best left to its Type R sibling.

If you want a sporty and involving Japanese executive saloon, I suggest taking a Mazda 6 2.5 for a spin.

But if it’s refinement you seek, then the new Honda Accord excels as a chauffeur-driven limousine. With all its creature comforts, a ride back home in here after a long day at the office could be just what the doctor ordered. 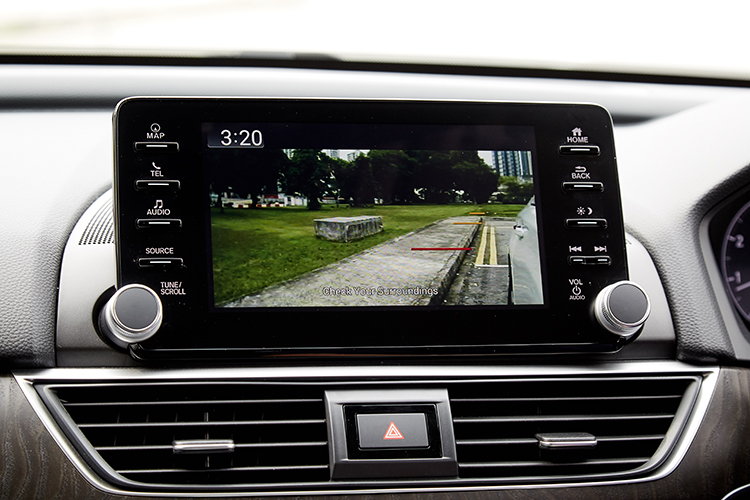 The current-generation Honda Accord is probably the safest one as well.

The handy Lanewatch System is also standard. Lanewatch consists of a video camera that provides live footage to the driver when he filters left. 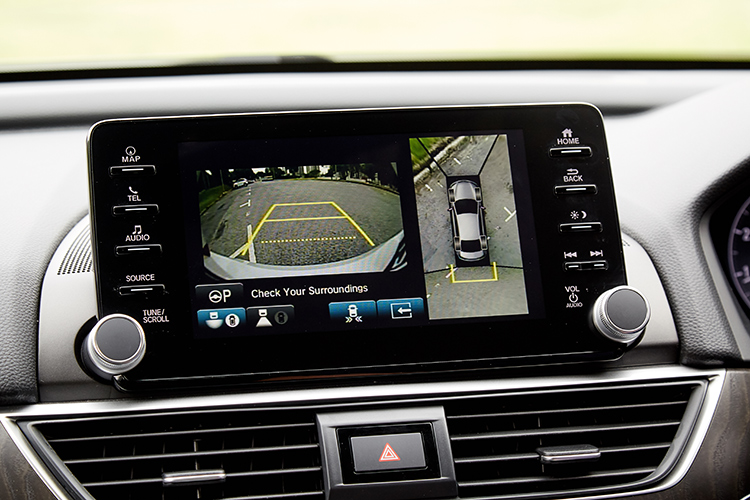 It’s pretty useful for checking for pedestrians/PMD riders/cyclists before letting your passengers alight on the left side.

WHO IS THE HONDA ACCORD FOR?

It’s for drivers who a refined, safe and spacious executive saloon. The Honda Accord’s quiet and plush ride are big pluses, too.

Now, it’ll just have to convince SUV-hungry buyers to give it a chance. 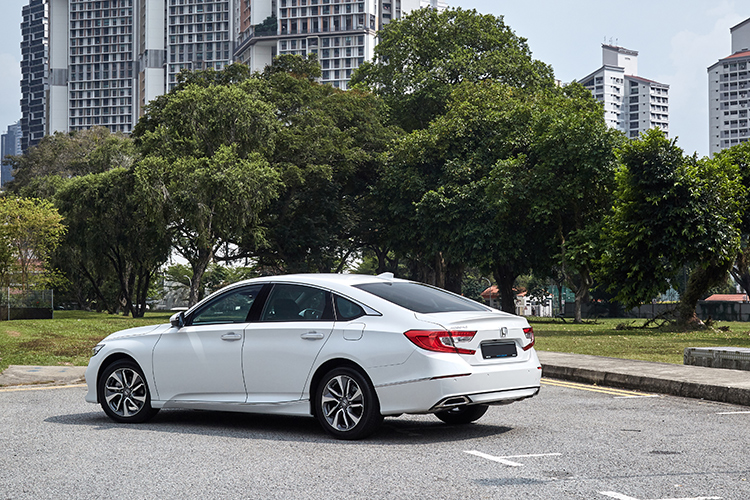